Are you a foodie? A lot of the time, a K-Drama may not be the first thing that comes to your mind when you think about food. But there are plenty of delicious dramas out there! We’ve gathered up 12 of the tastiest ones for you to get your stomach growling. 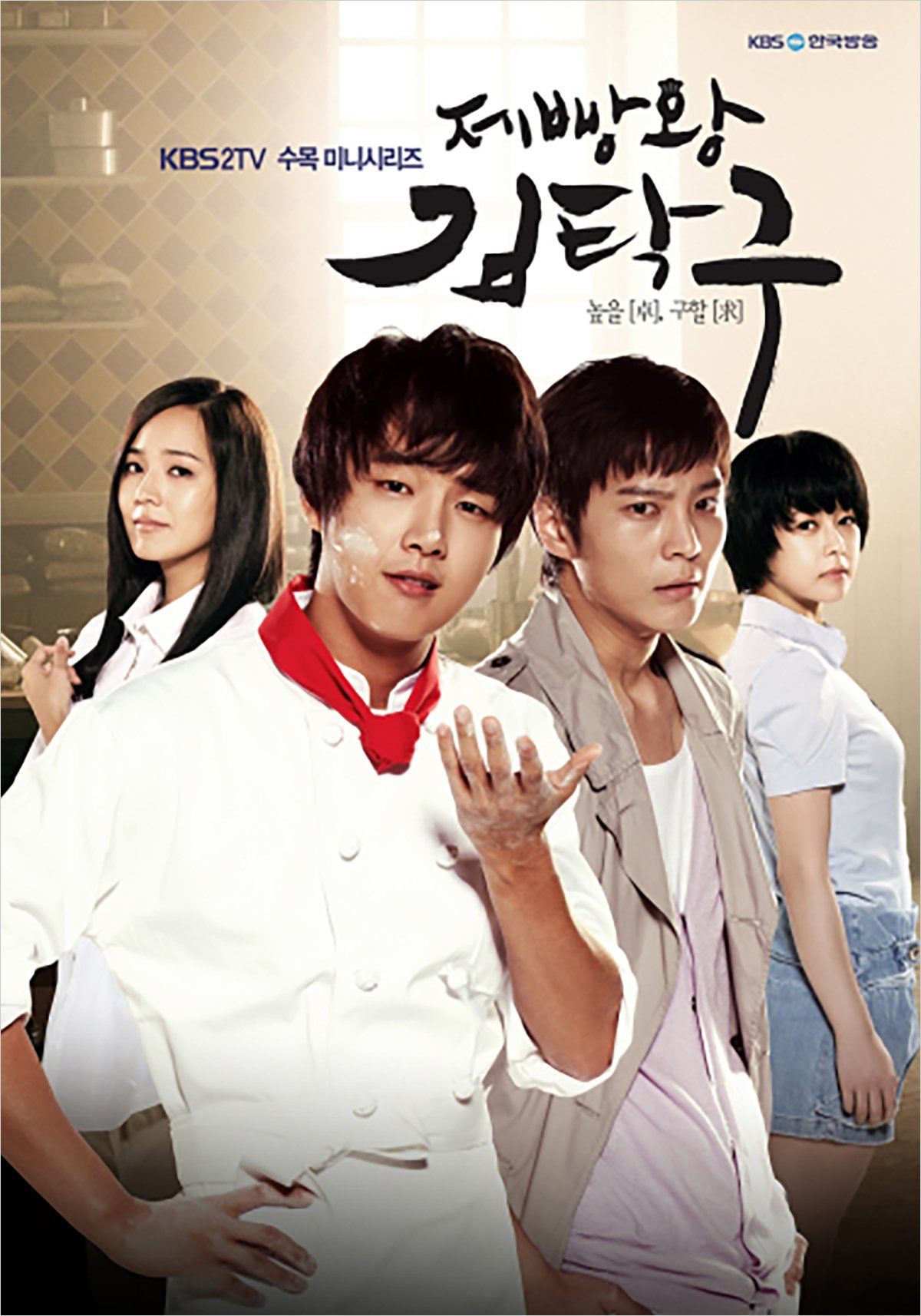 Kim Tak Goo (Yoon Shi Yoon) is the eldest son of Goo Il Jong (Jong Kwang Ryul), president of a legendary baking industry. Although he is a talented baker, Goo Il Jong’s family plotted to rob him of his inheritance because he was born to Il Jong’s mistress. Tak Goo’s determination to become number one in the baking industry drives him to rebuild his career from scratch. 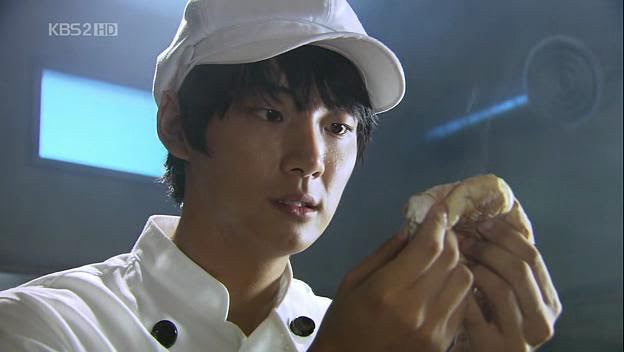 This drama was a massive hit when it came out in 2010. The constant scenes of bakeries and pastries will make you desperately crave bread. 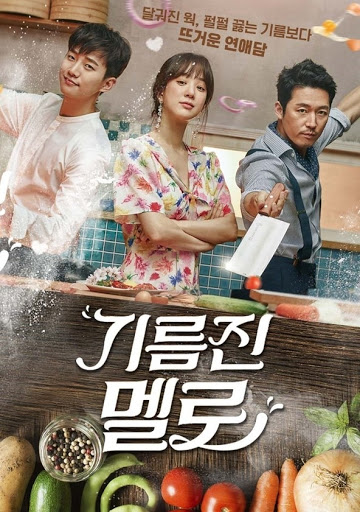 Chef Seo Poong (Lee Jun Ho) is a chef who goes from being a star chef to a cook at a failing neighborhood Chinese restaurant. Dan Sae Woo (Jung Ryeo Won) lives a life of privilege and leisure. Surprisingly, a bowl of jjajangmyeon leads her to undergo a big change and begin a new life.

Sometimes, this drama will make you feel like you’ve accidentally switched channels to Food Network. Every single dish is sure to have you drooling. 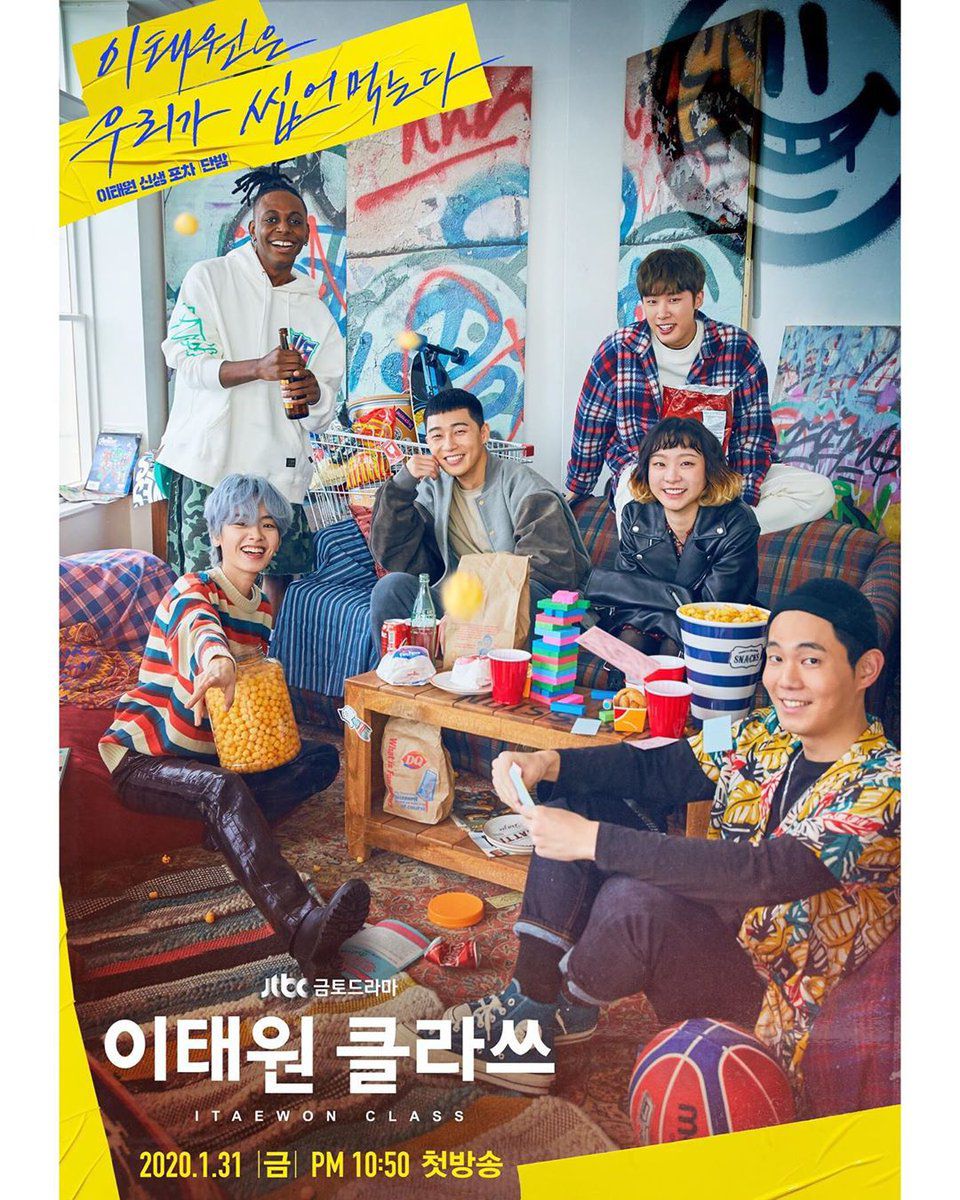 Park Sae Ro Yi (Park Seo Jun)’s life is turned upside down after he gets expelled from school for punching a bully and his father is killed in an accident. To begin anew, he opens a bar named “DanBam” in Itaewon with his friends. 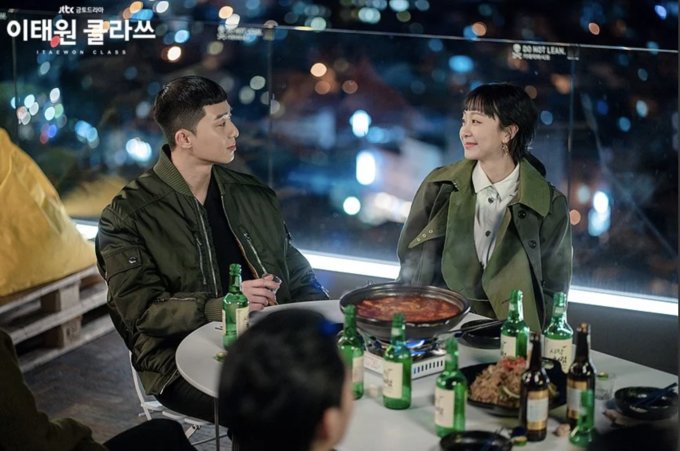 While this drama’s focus isn’t solely on food, it is about a bar. You can often see the characters drinking and eating to their heart’s content, and it will definitely make you want to try their famous soft tofu stew. 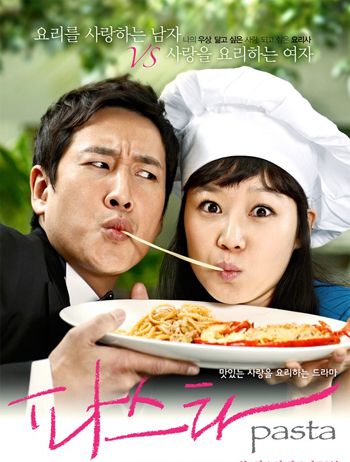 Seo Yoo Kyung (Gong Hyo Jin) endured being a kitchen assistant at a high-class restaurant for three years in hopes of being promoted to a chef. A handsome stranger named Choi Hyun Wook (Lee Sun Kyun) ends up being the restaurant’s new head chef and fires all the female cooks, including Yoo Kyung. Too stubborn to let go of her dream, she does whatever she can to get her job back.

There aren’t very many people who don’t like pasta, and this show is full of it! It’s in the name! 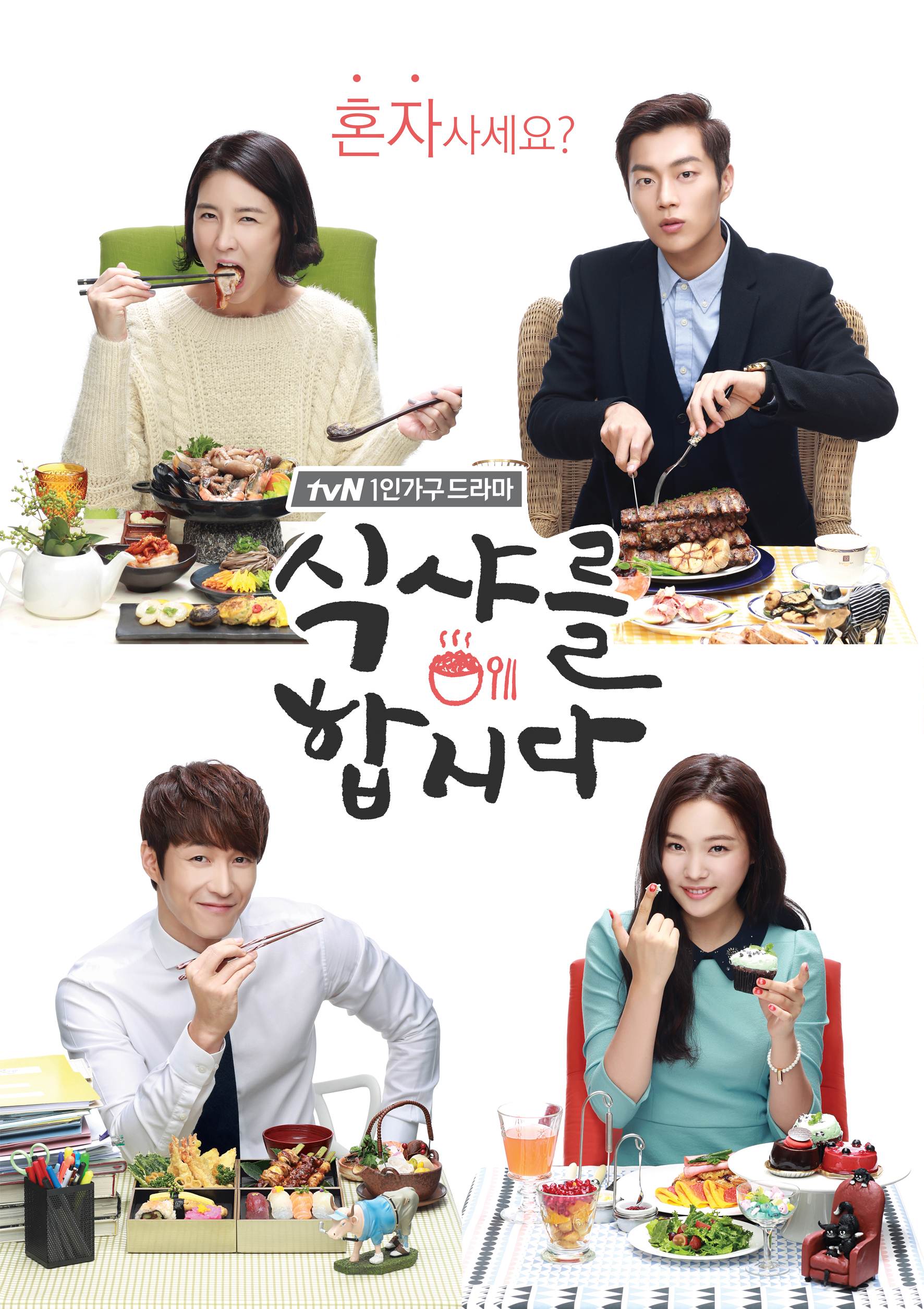 This K-Drama depicts a single woman’s daily life and romance when a murder case occurs in her neighborhood. Lee Soo Kyung (Lee Soo Kyung) lives alone and loses control when she is near gourmet foods. Koo Dae Young (Yoon Doo Joon) is a gourmet chef that often lies.

Again, it’s in the name. This drama has food in every single episode and will have you digging through your fridge within the first 5 minutes. 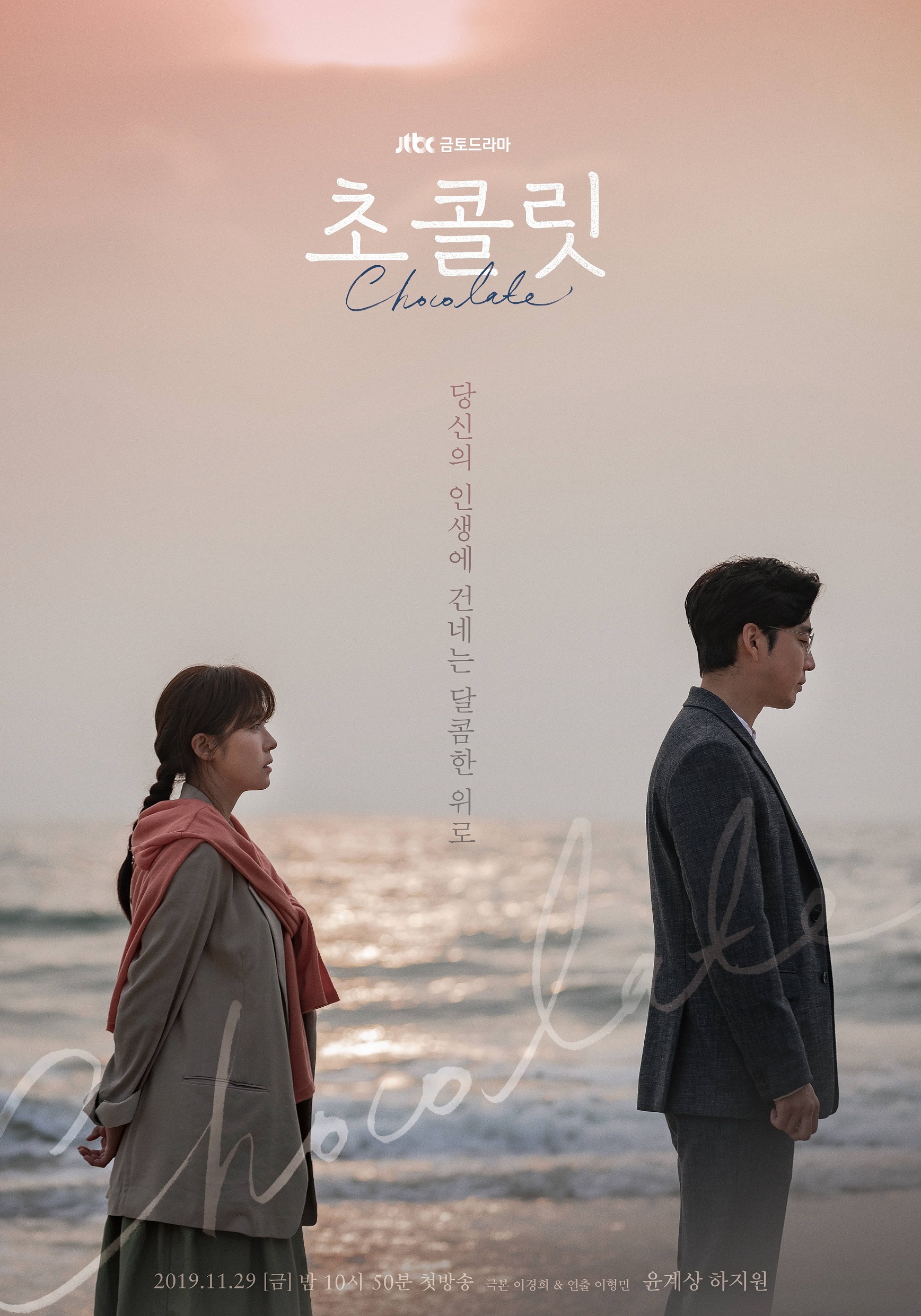 This show tells the story of Lee Kang (Yoon Kye Sang), who became a neurosurgeon though he dreamed of becoming a cook, and Moon Cha Young (Ha Ji Won), who became a cook because of him. Years later, the two meet again at a hospice ward, and together they heal their own emotional scars by preparing meals for the patients.

This K-Drama not only warms your heart but entices your stomach! It’s a series that truly shows the power that food has to bring people together. 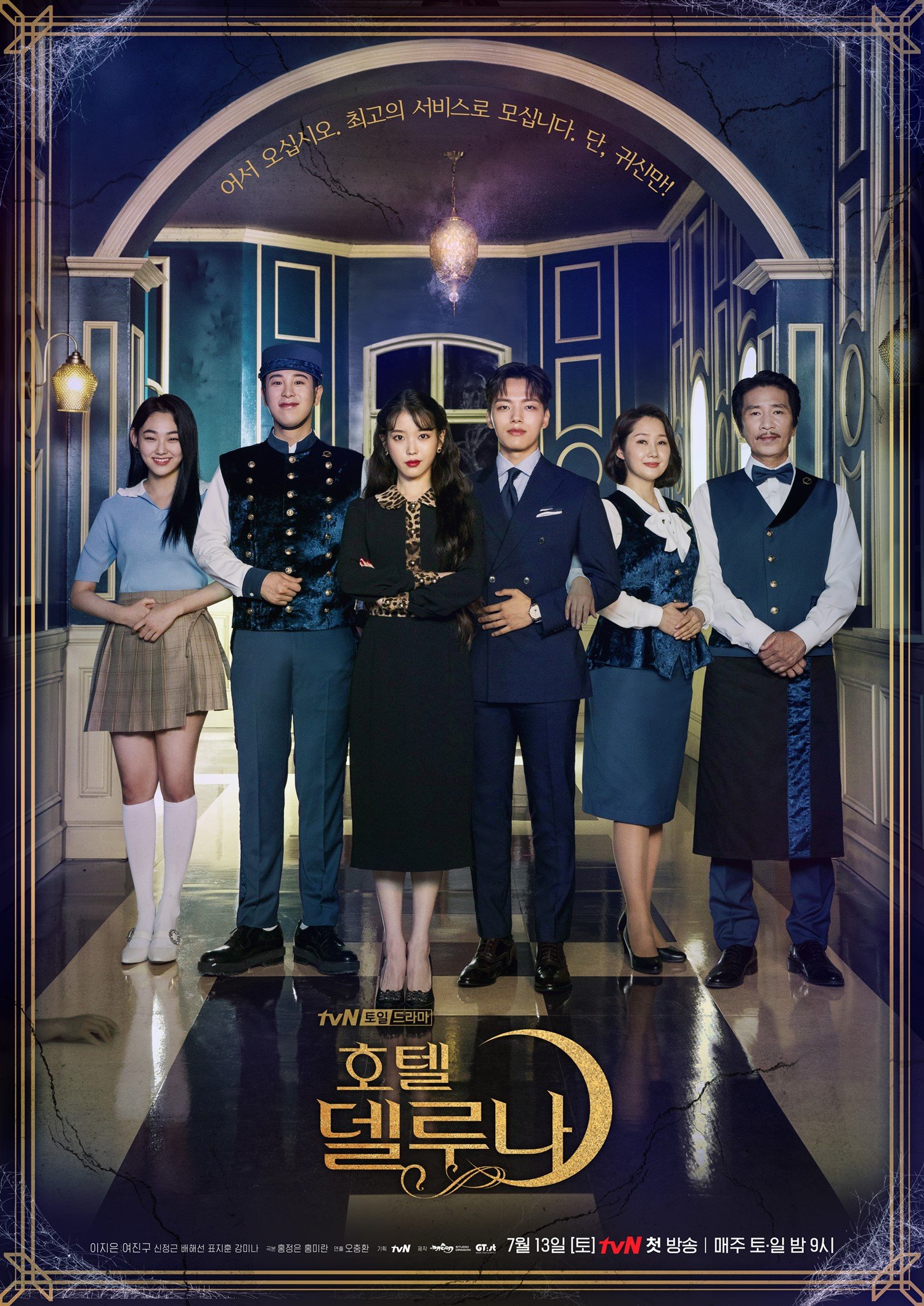 Jang Man Wol (IU) has spent the past thousand years acting as the Hotel del Luna’s CEO. Man Wol is doomed to cater to the needs of lost ghosts unless she finds someone who committed a worse sin than her. Goo Chan Sung (Yeo Jin Goo) finds himself forced to manage the hotel because of a deal his father made with Man Wol years ago. 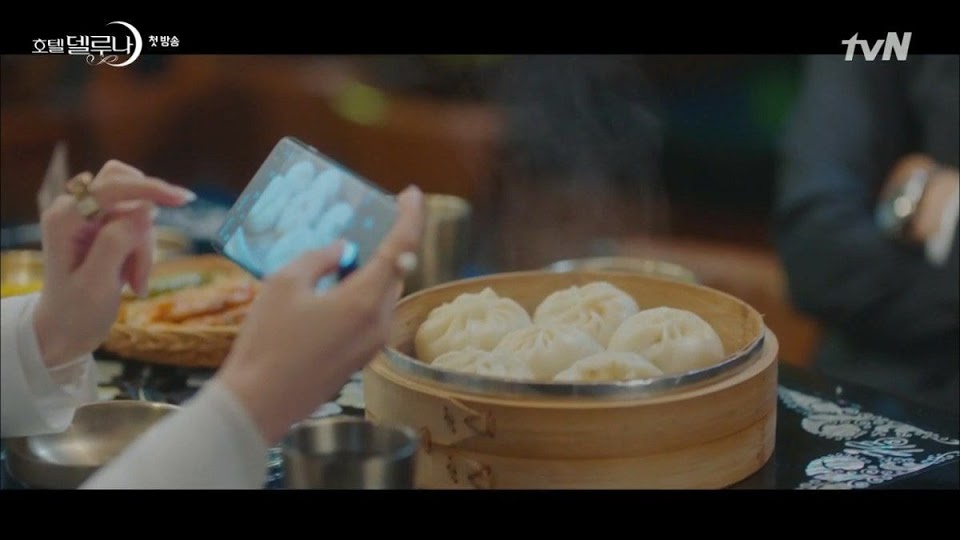 Although this drama has quite literally nothing to do with food, Man Wol often drags Chan Sung around to Seoul’s various restaurants. Food can be seen in this drama many times as Man Wol checks restaurants off her bucket list. 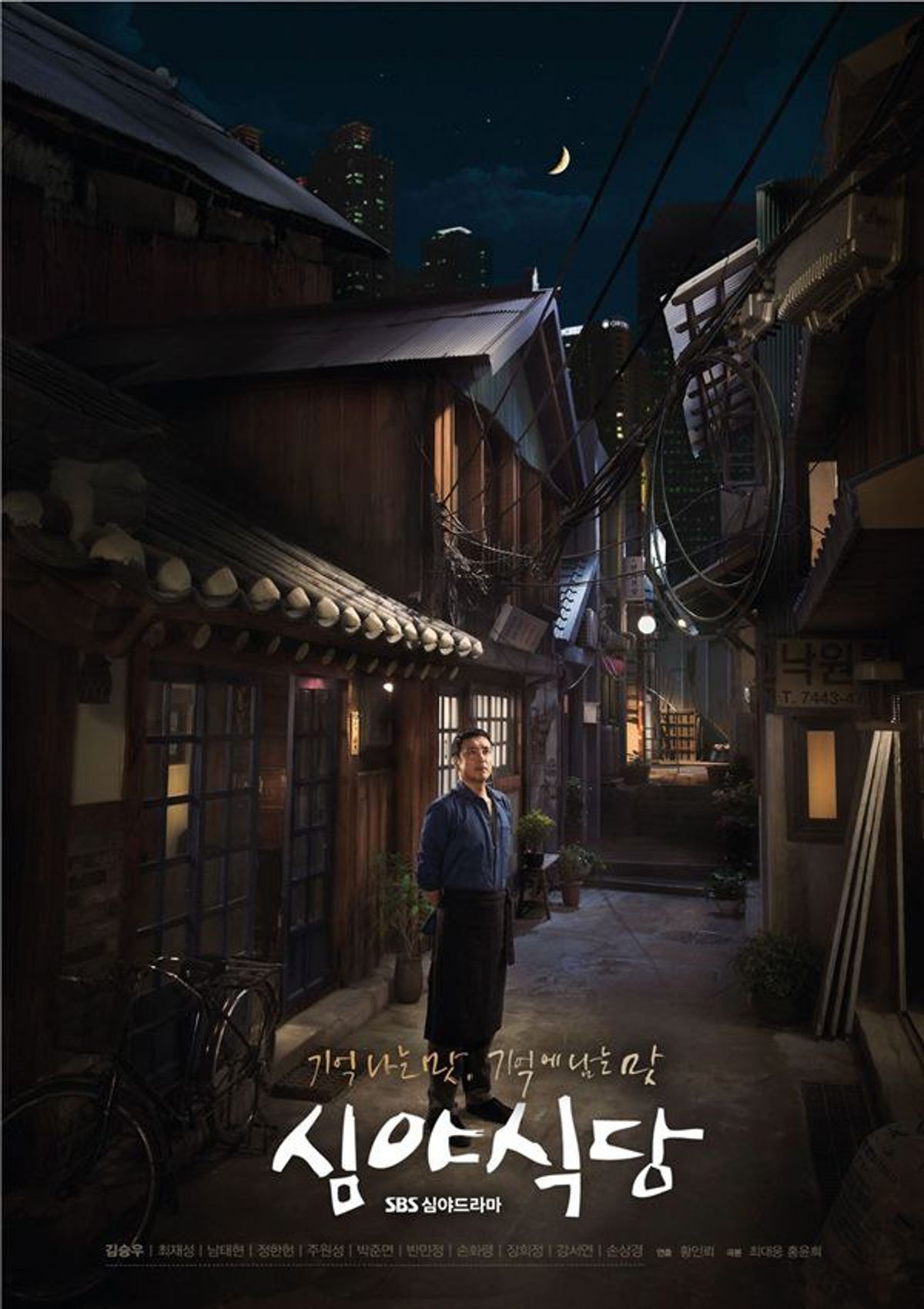 A late-night restaurant opens at midnight and closes at 7 AM. The owner of the restaurant will make whatever his customers ask for.

This drama is like a warm hug. Not only are the stories and characters comforting, but the food looks absolutely delectable.

9. Jewel in the Palace 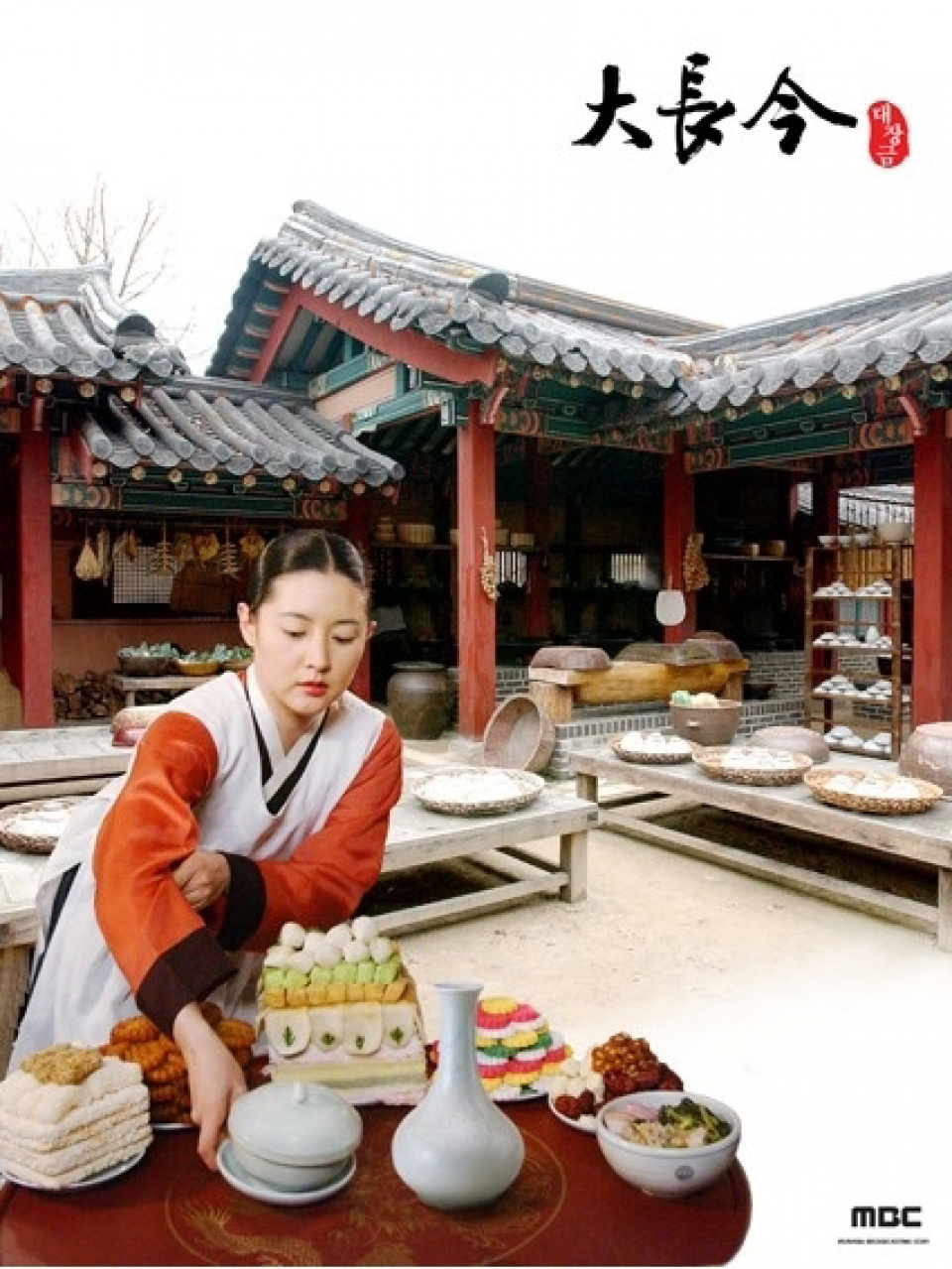 Based on a true story, Seo Jang Geum (Lee Young Ae) became the first woman to be the supreme royal physician. Despite being of the lower class, she overcame social discrimination and landed herself one of Korea’s best jobs at the time.

This drama was legendary. If you asked any Korean person if they knew about this drama, they would most likely say yes. What’s even better? This K-Drama has a lot of cooking and eating. Even better, you can learn all about traditional Korean food! 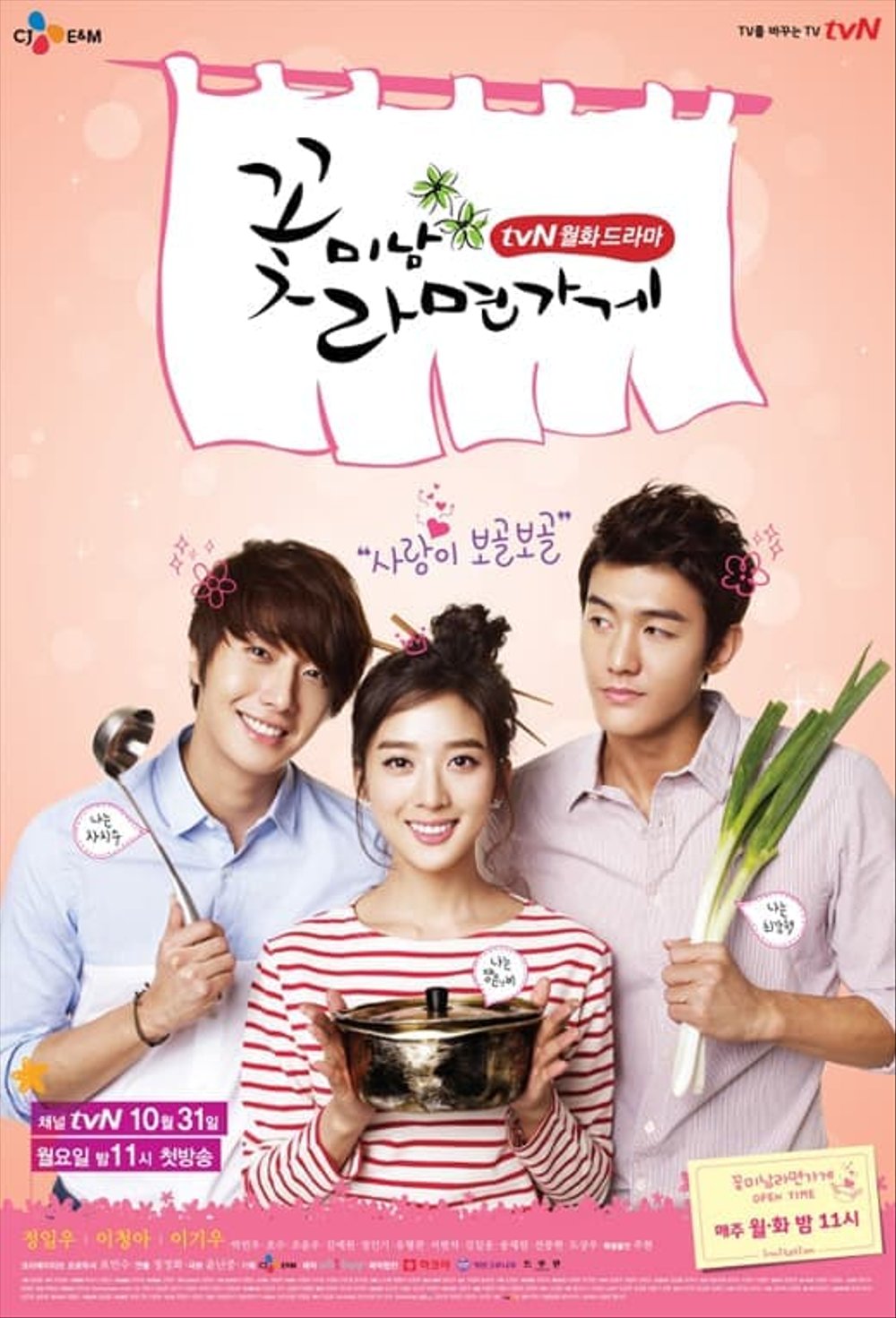 Yang Eun Bi is a university student who dreams of becoming a high school teacher. She accidentally encounters Cha Chi Soo, the arrogant son of the biggest food conglomerate in Korea. Eun Bi is attracted to him before she finds out that he is several years younger than her. However, her student-teaching assignment finds her not only working at the high school that Chi Soo’s family owns but teaching his homeroom class.

Ramyun is a staple food in Korean dramas, so why not watch a whole show about it? Time to get out the instant ramen! 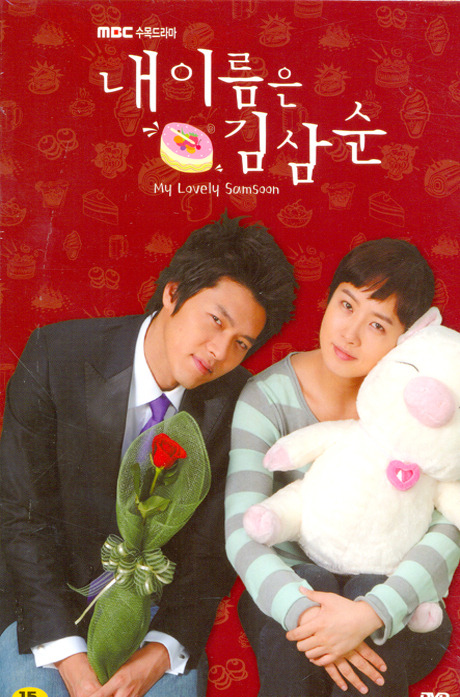 Kim Sam Soon (Kim Sun Ah) is a baker who is talented in making pastries and cakes. On Christmas Eve, she caught her boyfriend, Min Hyun Woo (Lee Kyu Han), cheating on her and breaks up with him. On the same night, she accidentally goes into the men’s restroom and meets Hyun Jin Hun (Hyun Bin), who hires her to be his baker for his restaurant.

Those with a sweet-tooth, beware! This show will make you crave every dessert under the sun, chocolate… tiramisu… tarts… 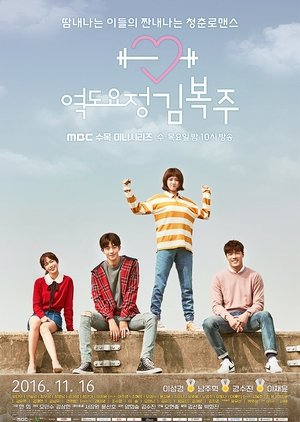 Inspired by a real weightlifter, this K-Drama tells the story of Kim Bok Joo (Lee Sung Kyung), who is a weightlifter who is pursuing her dream of winning the gold medal. However, she suddenly finds romance for the first time and doesn’t know how to balance both weightlifting and a relationship at the same time. Yes, this drama is more about sports than food, but we really have to give these hungry girls some credit! Not only is the trio seen eating very often throughout the show, they’ve even come up with a system for the perfect barbeque night. BFN stands for Barbeque, Fried Rice, and Naengmyeon as this is the order they think you should eat them in.