10 First Love K-Dramas That Guaranteed Will Give You Butterflies

The “I-can’t-live-without-you” kind of passionate and innocent love: the K-drama world is so good at telling stories of first loves. And although there are a lot of K-dramas that revolve around this theme, there are very few of them that give off those butterfly feelings that first loves are meant to give. If you’re looking to watch a K-drama that is bound to put a smile on your face with all the adorable cheesiness and hearts, here’s a look at 10 K-dramas. 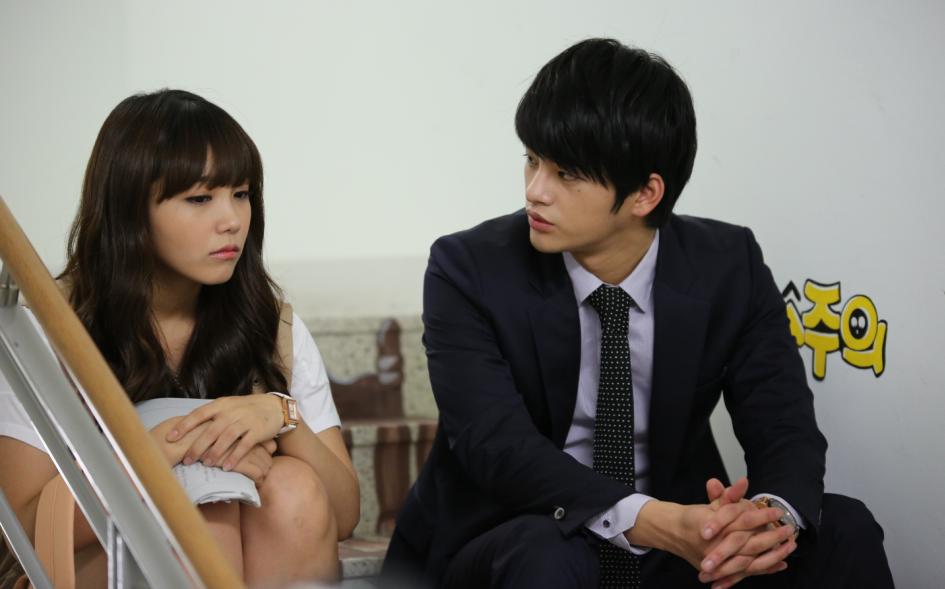 All three of the “Reply” series involves first loves, but the original “Reply 1997” takes the cake in terms of first love butterflies. Seo In Guk stars as a high school student named Yoon Yoon Jae who has been in love with his childhood friend and neighbor, Sung Shi Won (Jung Eun Ji), since they were kids. Despite the two having a brother/sister-like relationship, Yoon Jae’s feelings grow deeper as they get into high school and he realizes that he wants nothing more than to be with her.

There are so many scenes throughout the series that will have your heart screaming for more. Their first kiss, the first time Yoon Jae confesses his love, the first date they have – it all brings out the feels and will have you wanting a first love like theirs.

Everything about “Weightlifting Fairy Kim Bok Joo” will make you want to fall in love. Bok Joo, played by Lee Sung Kyung, is a student who is trying to become a professional weightlifter. She meets her childhood friend named Jung Joon Young (Nam Joo Hyuk) at her college, and by chance, ends up crushing on his older brother (Lee Jae Yoon). When things don’t work out with the older brother, Joon Young is there for Bok Joo. He bends over backwards to try and make her feel better, and in turn, begins to develop really strong feelings for her.

The relationship that Bok Joo and Joon Young embark on is far too cute for words. It could be because of the actors’ strong chemistry, but the love between the two characters is so strong and definitely gives off that innocent first love feeling. The way Bok Joo is able to pour her heart out to Joon Young when things aren’t going well and the way Joon Young just holds her in his arms when she is feeling down is all just too cute. No matter how much you watch this series, you’ll feel all warm inside! 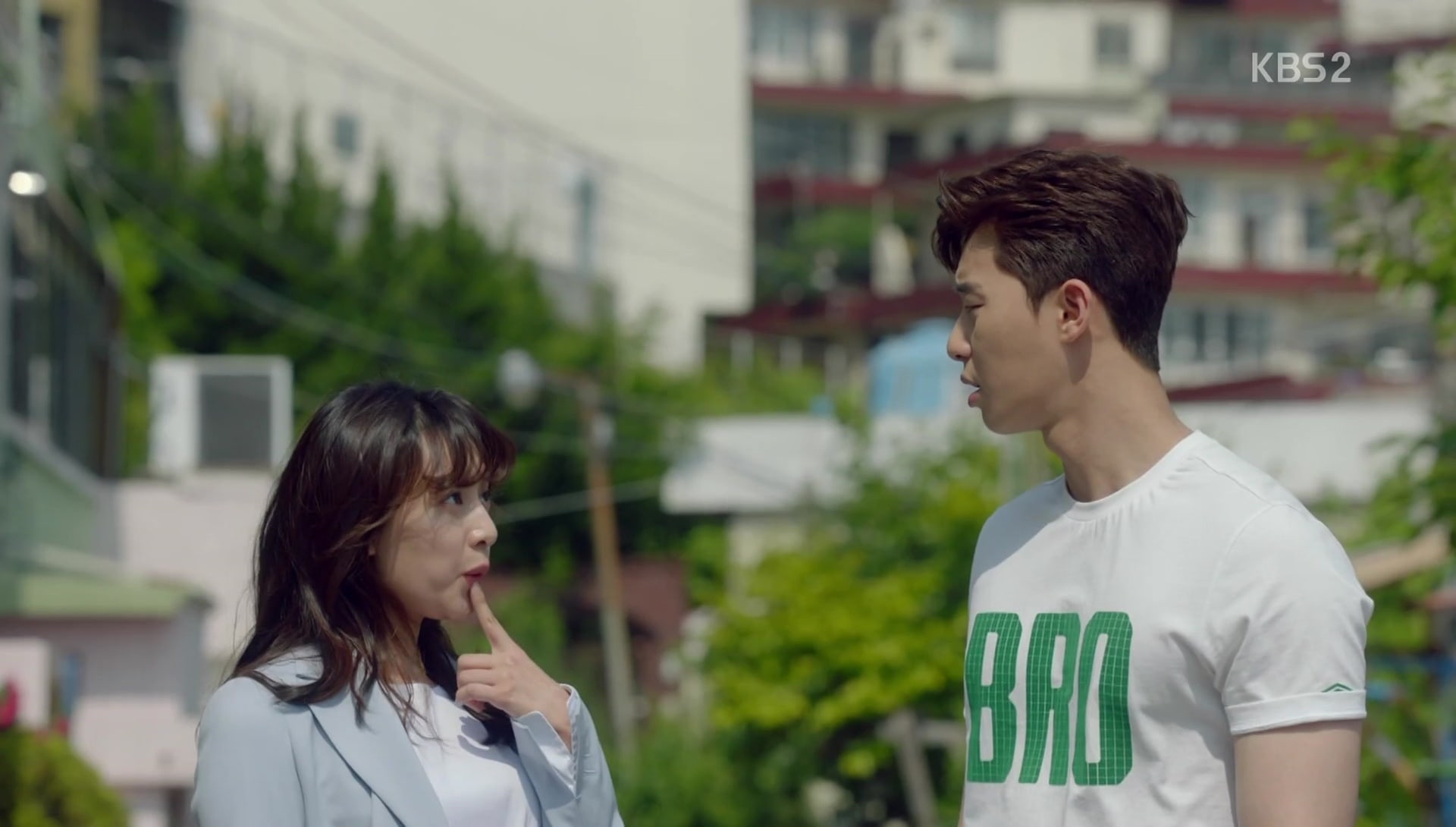 “Fight My Way” stars Park Seo Joon and Kim Ji Won as two childhood friends who experienced all the pangs of growing up together. These two are pretty much inseparable and consider each other basically like siblings, that is, until Park Seo Joon’s character Go Dong Man realizes his deeper feelings for his girl best friend, Choi Ae Ra.

This whole series instills a feeling of nostalgia and longing for that first love. Seeing Choi Ae Ra and Go Dong Man protect each other and go the distance to try and be there for each other during life’s hardships is so touching to watch. Even the little things like Dong Man letting Ae Ra cry it out while he covers her in public totally makes you want to have a friendship and love like theirs. Their love for each other is so deep, especially because they’ve grown up with each other and know each other inside out. Their bickering and poking fun at each other is hilarious to see, too! 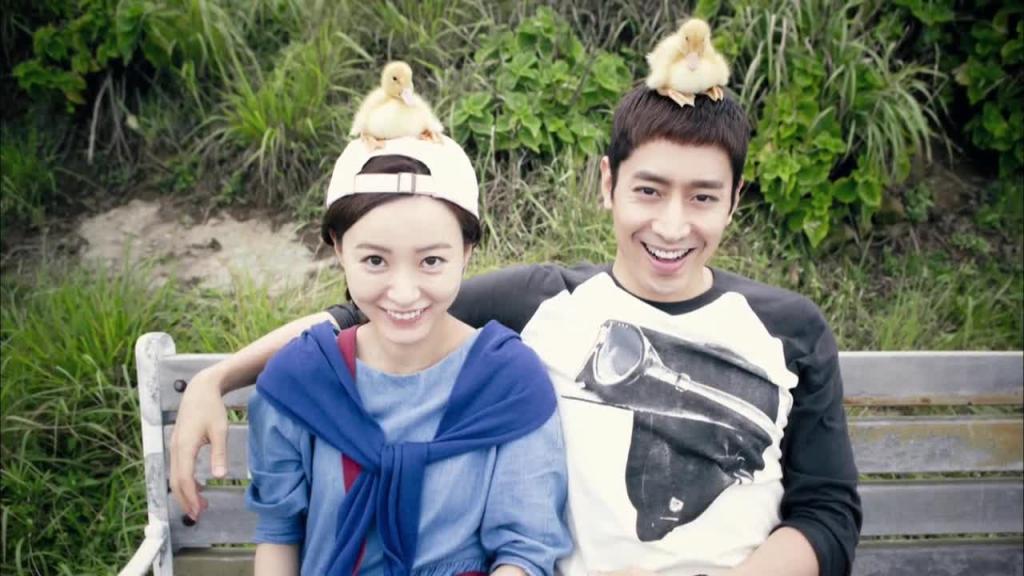 One of the most adorable parts of “Discovery of Love” is when Jung Yu Mi and Eric first meet. They are young travelers who meet by chance, and Yu Mi’s character Han Yeo Reum falls in love at first sight with Kang Tae Ha (Eric). She even admits it to him the first time they meet!

The two characters end up dating for five long years and are each other’s first loves. It’s an endearing series as it consists of various flashbacks to when the two were lovers and first started dating. In the present, Yeo Reum is in a new relationship and Tae Ha shows up in her life again. She’s forced to remember the times that she had with Tae Ha in the past and how happy she was to be with them. The flashbacks between the two show the realities of first loves and also show the sparks that the two had when they first started dating. Seeing how Tae Ha is with Yeo Reum in trying to win her back is so swoon-worthy, it’ll have your heart skipping a beat!

“Radio Romance” tells the story of a boy named Ji Soo Ho (Yoon Doojoon) and a girl named Song Geu Rim (Kim So Hyun) who meet by chance in a hospital as teenagers. Soo Ho grows up to become a famous actor, alone and depressed, while Geu Rim grows up to be an aspiring writer for a radio station. The two meet again as adults and Soo Ho remembers her as the first girl he fell in love with. And although their relationship is a love-hate one at first, they come to fall deeply in love with each other.

The story is pretty classic, but probably anyone’s fantasy dream come true. A famous actor ends up falling head-over-heels in love with a regular girl. The way Ji Soo Ho looks at Geu Rim throughout the series and how much he’s willing to sacrifice to be with her is so romantic. You’ll love the cheesy but sweet lines he says to her!

“Love Rain” is a classic first love K-drama. It stars Jang Geun Suk as Seo Joon and YoonA as Jung Ha Na. Seo Joon is a hotshot photographer who is also a bit of a playboy. He meets Ha Na and the two fall in love, but what makes their relationship special is that it ties in with their parents’ love story. They come to realize that their fate is intertwined far more than they could have ever imagined.

“Love Rain” has got all the elements needed to give you that heartwarming and giddy feeling when seeing the two main leads fall in love. The drama starts off in the ’70s, so it’s got a very vintage and classic feel that adds to all the romance. You’ll also be blown away by the adorable chemistry between Jang Geun Suk and YoonA!

So we all loved “Who Are You: School 2015” and its infamous love triangle, but “School 2017” is just as heartwarming and cute. “School 2017” starred Kim Sejeong as Ra Eun Ho and Kim Jung Hyun as Hyun Tae Woon. Eun Ho and Tae Woon spark an adorable first love romance while being classmates.

The cutest part about this series besides the two main leads is how much Tae Woon is smitten with Eun Ho. Even after he confesses to her and she is figuring out how she feels about him, he continues to be by her side, and it’s sweet to see how he wears his heart on his sleeve. The series also touches on not giving up on your dreams, and seeing Tae Woon support Eun Ho’s dream gives all the feels! There’s something about a bad boy turning to mush for the girl he loves that makes our hearts skip a beat!

Yoon Shi Yoon plays Enrique Geum, the charming flower-boy next door. One of the main reasons why this series is bound to give you butterflies is because of this character. Enrique has got all the personality needed to bring Go Dok Mi (Park Shin Hye) out of her shell. He’s endearingly quirky and has got an endless amount of energy that is infectious.

Go Dok Mi has social anxiety and is afraid to leave the confines of her house, so when she fatefully meets her next door neighbor, she’s challenged to face her fears and take a leap of faith. You’ll appreciate and adore the development of their relationship, especially as Dok Mi experiences not only the outside world for the first time but also love. It’s the cutest relationship, and seeing Yoon Shi Yoon act all goofy and aegyo-filled will warm your heart!

What would you do if your ultimate bias moved in right next door? And he/she fell in love with you. It’d be a dream come true, right? “EXO Next Door” is like a fan’s dream come true. Ji Yeon Hee (Moon Ga Young), is in love with EXO, and when they move in next door to her, a couple of them end up falling for her.

If you want to live vicariously through the fictitious character of Yeon Hee as she gets caught in a love triangle with her first love, Chanyeol, and D.O., then this is the perfect series to watch. Your heart will skip a beat several times each episode just out of sheer excitement and jealousy for Yeon Hee.

I Hear Your Voice

“I Hear Your Voice” is about a boy named Park Soo Ha (Lee Jong Suk) who has the special gift of being able to read other people’s minds. He later meets Jang Hye Sung (Lee Bo Young) who had indirectly saved Soo Ha’s life in the past. She is now a lawyer and when Soo Ha is in high school, he falls in love with her.

The best part about this series is that it’s a noona romance. Hye Sung is older than Soo Ha and despite their age gap, their chemistry is through the roof. I loved seeing Soo Ha wear his heart on his sleeve and remain persistent in trying to convince Hye Sung to give him a chance. There are so many romantic moments between Soo Ha and Hye Sung that will give you those butterflies! You won’t even notice the age gap!

Watch “I Hear Your Voice”:

Other honorable mentions: “Who Are You: School 2015,” “Strong Woman Do Bong Soon,” “Moonlight Drawn By Clouds,” “She Was Pretty,” “Goong,” and “Pinocchio.”

Hey Soompiers, which of these first love K-dramas gave you butterflies? Let me know in the comments below!

Currently watching: “Clean With Passion For Now” and re-watching “She Was Pretty”
All-time favorite dramas: “Secret Garden,” “Goblin,” “Because This Is My First Life,” “Star In My Heart”
Looking forward to: Won Bin‘s return to the small screen and Song Joong Ki‘s next drama