10+ Reactions To SHINee Finally Making Their Comeback With Top-Notch Bop, “Don’t Call Me”

SHINee is back, and they’re better than ever!

On February 22, SHINee made their long-awaited comeback with their 7th full album and accompanying title track, “Don’t Call Me”.

As this is their first full group comeback in over two years, fans are understandably super-hyped, trending the hashtag #SHINeeisBack on Twitter, with the hashtag eventually reaching number one on Twitter’s worldwide trends! 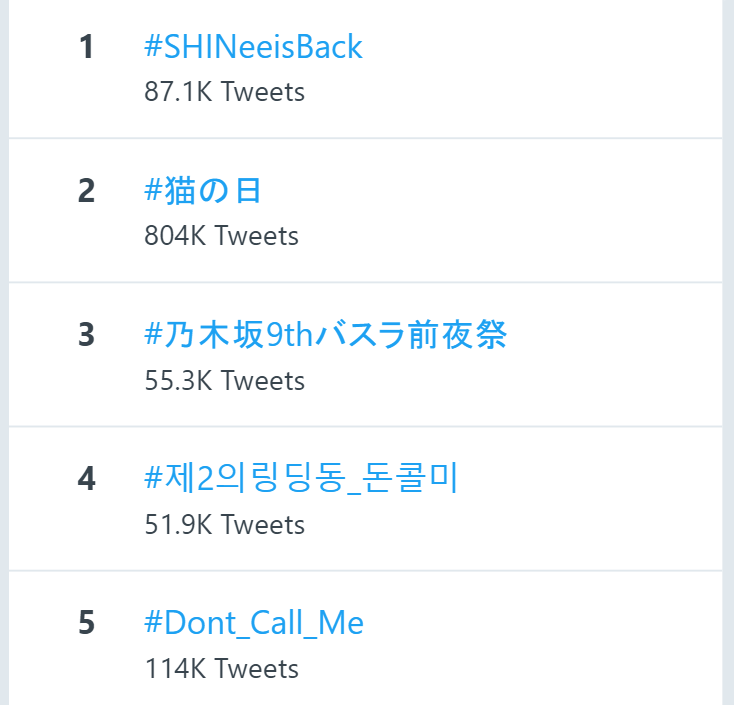 Here are 10+ tweet reactions welcoming the kings back with their incredible bop!

1. SHINee setting the standards from the start!

2. Taemin truly lives up to his rep as an iconic main dancer!

THE WAY TAEMIN ATE THIS PART UP… INSANE!!! #SHINeeIsBack pic.twitter.com/a7Nws8Uxkr

3. Minho is SERVING this comeback!

minho ate this his rent is due, like his life depends on it, like there's no tomorrow#제2의링딩동_돈콜미#SHINeeisBack

6. When it comes to live vocals, SHINee never disappoints!

I swear this genre fits them so much. If they will perform this live Im sure we will be showered with vocals ????#Dont_Call_Me #SHINeeisBack @SHINee pic.twitter.com/76jvKKENuM

7. BRB gotta process how FINE this song is

just shinee showing the kpop industry how it is done, pack it up everyone ????#Dont_Call_Me #SHINeeIsBack #SHINee pic.twitter.com/lyY53szh88

SHINEE ATE UP THE WHOLE INDUSTRY WITH THIS COMEBACK
the vocals on vocals on vocals?
the choreo?
the visuals and outfits?
THEY’RE INSANE#제2의링딩동_돈콜미#SHINeeisBack #SHINee @SHINee
pic.twitter.com/DPrLWTWSeI

Watch the MVC for “Don’t Call Me” here!