When it comes to visual entertainment, we all know that K-dramas are the best — and who would dare to disagree on that? Beautiful romances, adorable heart-pounding moments, laugh-out-loud comedy, and an industry full of amazingly talented actors…add in the supernatural element, and you have a K-drama worth selling your soul for. Fans of the paranormal, superhuman, and magical, here are the dramas you should be watching!

The obvious pick is “Goblin.” It’s a new show that recently finished airing, and it received top ratings and applause from many viewers. If you like a beautifully poetic story and amazing visual effects, this K-drama is for you. It also features a goblin, a grim reaper, a chaebol, a girl who sees ghosts, a reincarnated queen, and two gods, so if you decide to watch it, you’ll be in for a fantastical show that will make you fall hard for the characters and cry-laugh at the many feel-good moments. The bromance alone makes the show a 10 out of 10. Bonus: It stars the handsome Gong Yoo, who just recently scored another big hit in the amazing zombie thriller “Train to Busan.”

The Legend of the Blue Sea 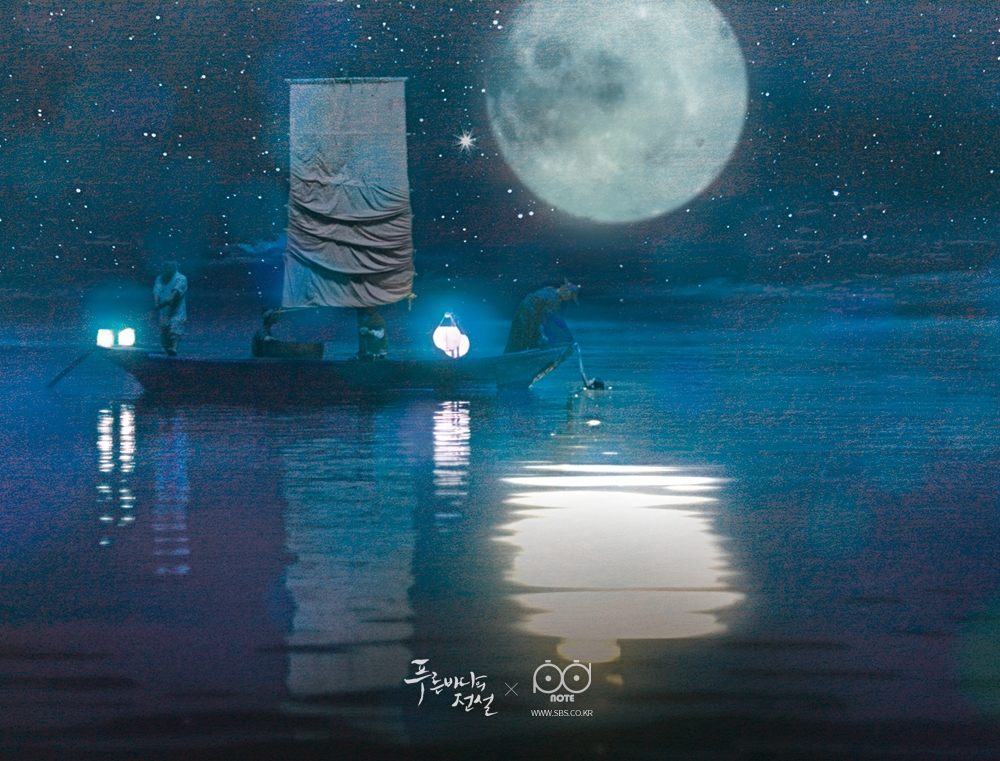 For all you mermaid lovers: we finally have a K-drama for that! “The Legend of the Blue Sea” is another K-drama high up on the chart, with a tone slightly similar to “Goblin” in its fairytale elements, except this show focuses mainly on a love that endures throughout multiple timelines and even between land and sea. If you’re a sucker for romance, then this drama is for you, as there are many adorable moments between the two main characters, played by Lee Min Ho and Jun Ji Hyun. For fans of comedy, the first few episodes also have a lot of slapstick humor, though it tones down to focus on the plot later.

Watch “The Legend of the Blue Sea,” exclusively on Viki! 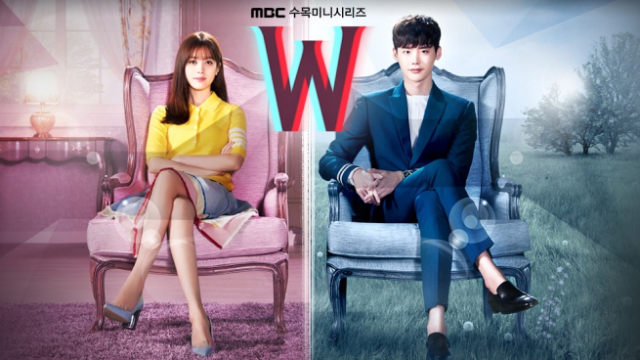 In “W,” a handsome and intelligent webtoon character falls in love with the writer’s daughter. Hijinks ensue as the couple tries to outrun a webtoon villain who exists to destroy our hero and bridge the gap between both worlds. Warning: there are some sad and/or stressful moments.

Horror rom-com is a unique type of genre that, unfortunately, has not shown up in too many dramas yet. However, I recommend trying it out, as these shows mix fright with laughter in a way that’s fun and perfect for a Halloween night, a cool summer thriller…or any night of the year, really. As a scaredy-cat myself, the elements of horror aren’t so strong that you won’t be able to sleep at night — just grab a friend before you watch.

The top drama in this category is “Master’s Sun,” by the Hong Sisters. The slapstick humor is strong in this one, but it’s a hilarious show about a girl driven crazy by her fears of the ghosts she sees and the heartwarming chaebol who slowly evolves into someone worthy of protecting her. Throughout the show, the characters come together to help the ghosts that appear to them with paranormal cases, all the while attempting to unravel a very strange mystery.

Bring It On, Ghost 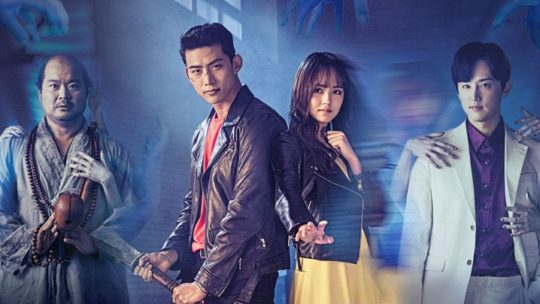 “Bring It On, Ghost” is kind of a teenage version of “Master’s Sun”: it has a sweet summer romance played out by Kim So Hyun and Taecyeon (Hint: Listen to My Heartbeat) and a ghost crime-fighting unit that’s often better at comedy. However, the show carries itself strong up until the last episode, which leaves viewers with a slightly unsatisfying and weak ending.

Watch “Bring It On, Ghost”:

“Oh My Ghostess” bears slight similarities to the above K-dramas; it’s more centered around one ghost — specifically, a very handsy ghost (Kim Seul Gi) that feels slighted over the fact she’s a virgin ghost. Add in a shy girl (Park Bo Young) who hopes for the attention of a handsome chef (Jo Jung Suk) and body possession, and you end up with a zany supernatural drama that finds its niche in slightly adult humor and a few well-meaning lessons of life. As usual, this rom-com also has an element of mystery to it.

Arang and the Magistrate

“Arang and the Magistrate” is an older K-drama that also centers around a ghost…in the Joseon era. Arang (Shin Min Ah), our main character, is a sweet, tough spirit who manages to run into our hero, a handsome magistrate (Lee Joon Gi) who can see the dead. Throughout the show, our magistrate must use his detective skills to defeat some seriously creepy, supernatural killers. “Arang and the Magistrate” also opens an interesting window into classic Korean ghost beliefs, with the addition of an amusing portrayal of the gods of heaven and hell.

Watch “Arang and the Magistrate”: 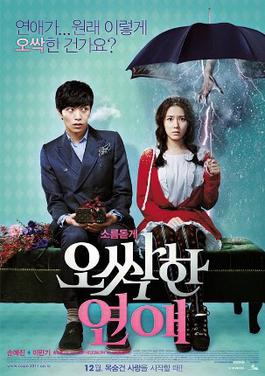 If you run out of dramas to watch, a wonderful horror rom-com movie is “Spellbound,” in which a woman haunted by a ghost meets a cowardly magician willing to endure his fear of the supernatural in order to protect her. 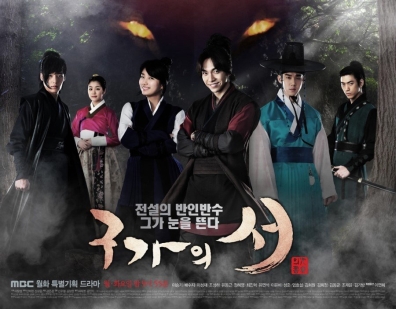 “Gu Family Book” is an older drama starring a half-human, half-gumiho (a Korean creature of folklore) born out of about two entire episodes of tragedy, so if you have difficulty handling rough scenes, I’d advise against this show. However, there’s something so good about the main character, played by Lee Seung Gi, that makes you fall in love with him immediately. It’s the fantasy elements of this show that make it so interesting (plus the romance). However, the storyline does waver in places and the ending is semi-sad, so if you’re prone to weeping, you might want to try one of the other K-dramas on this list.

My Girlfriend Is a Gumiho 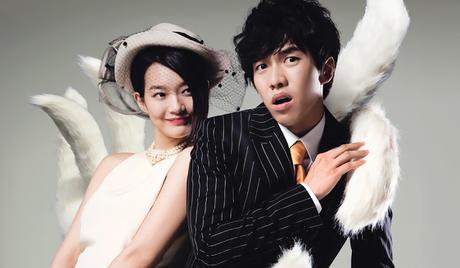 “My Girlfriend Is a Gumiho” is a slapstick comedy rom-com that deals with similar elements of Korean lore, also starring Lee Seung Gi, so if you appreciate the Hong Sisters’ humor, then K-drama fans may find this a fun watch.

My Love From the Star 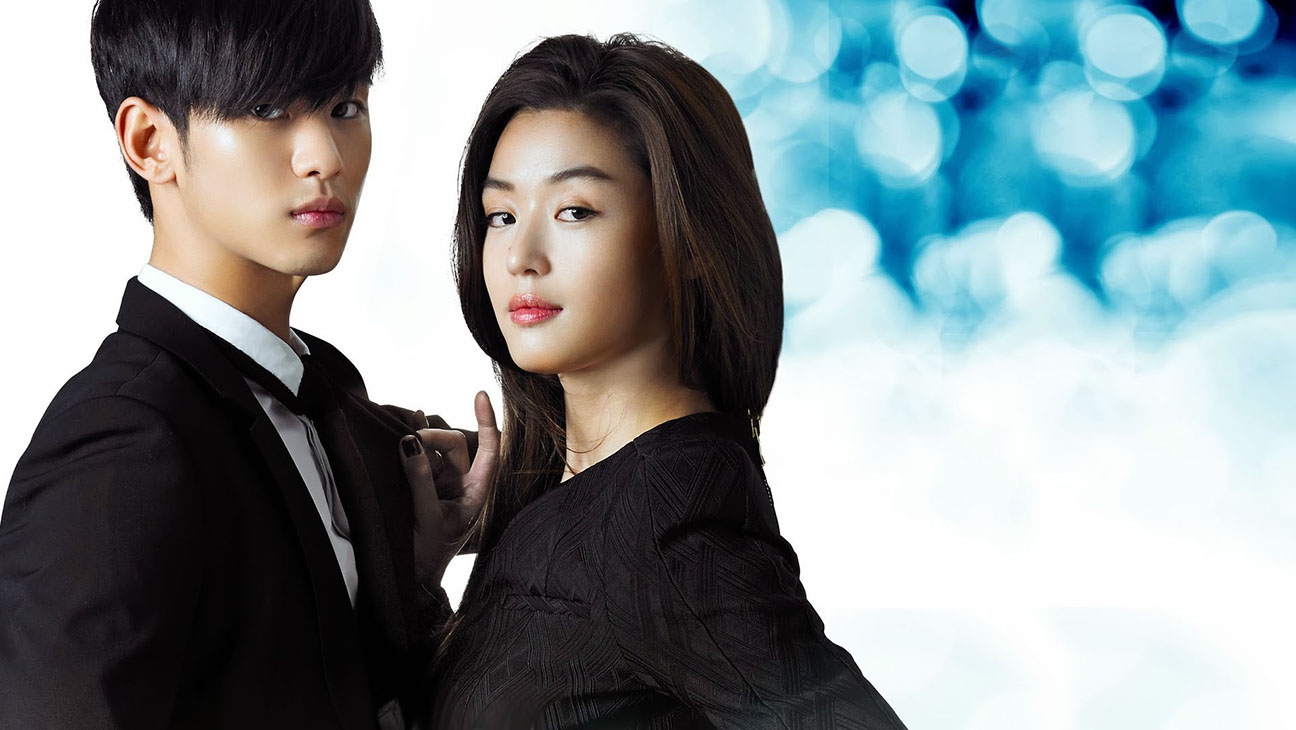 “My Love From the Star” is another older, but top-ratings drama starring photogenic actors Kim Soo Hyun and Jun Ji Hyun. If you can imagine the American Superman as a handsome Korean drama man, then you understand why “My Love From the Star” is a must-watch. It’s a sweet, romantic show about a hallyu star that falls in love with an alien. It involves cool superpowers, many funny moments, and a psychopathic murderer worthy of going up against our beloved alien. 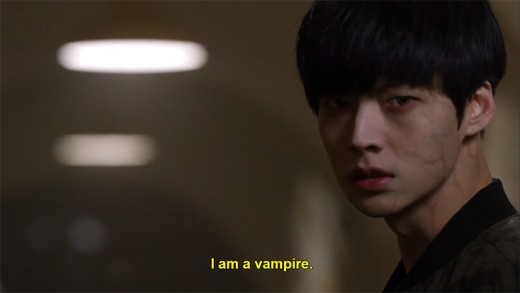 If vampires are your thing, then never fear; the K-drama world has produced a number of shows to satisfy your tastes:

“Blood” is an interesting vampire show; however, fans found themselves unsatisfied with the openly ended and depressing finale. Reasons to watch: it’s a fusion of a vampire show and a medical drama, and main actors Ahn Jae Hyun and Ku Hye Sun married in real life last May! 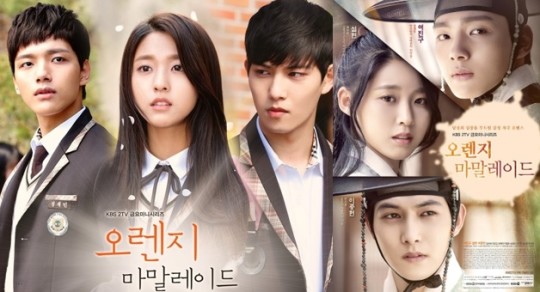 “Orange Marmalade” is a cute, high school romance adapted from a webtoon.

Scholar Who Walks the Night

“Scholar Who Walks the Night” takes vampires back to the Joseon era, complete with a cross-dressing girl who attempts to hide herself in the world of male scholars.

Watch “Scholar Who Walks the Night”: 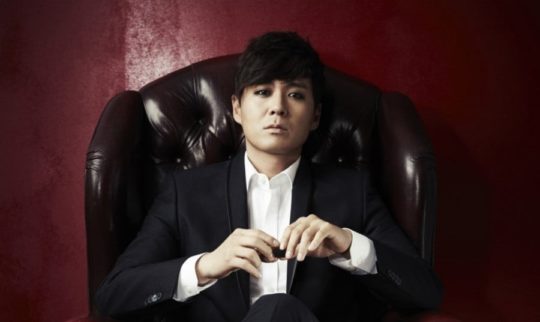 “Vampire Prosecutor“: For those who like less romance and more crime-fighting every once in a while, this show is a compelling and hugely popular drama centered around a vampire himself. There are two seasons, plus a short spinoff show.

Other supernatural shows to watch are:

“I Hear Your Voice“: Following a noona romance between a lawyer and a boy who can read her mind, This drama is a must-watch if you’re a fan of Lee Jong Suk, who carries the show with his adorable cuteness.

“Touching You”: A short drama made up of web-isodes, “Touching You” is an interesting show to watch if you don’t have a lot of time. It stars Taecyeon, whose character can see people’s fates when he touches them. My only complaint is the female lead, who seems a bit weak and flat, but for about 15 minutes per episode, it’s worth a watch. 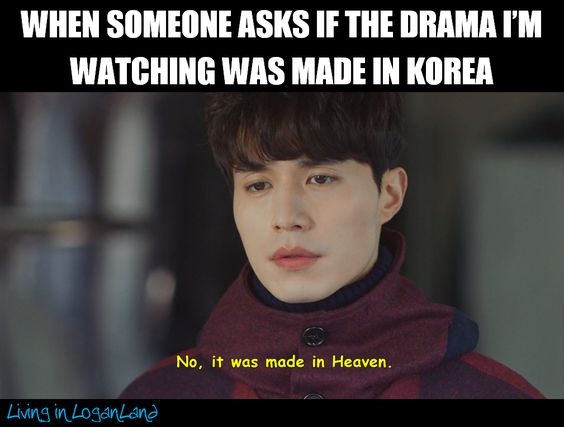