Enemies-turned-lovers is an age-old romantic plot device that, let’s admit, works every time! It is so deliciously satisfying watching a couple who fuss and fight like dogs slowly realize what was in front of them all along. Sometimes the realization comes in a lightning bolt of attraction, but most of the time the two love birds involved are ensnared by their emotions without their conscious realization. We sit in front of our screens demanding that the lovers realize what we knew all along: they were meant to be together!

So without further ado, here are 11 spoiler-laden examples of enemies-turned-lover couples for you to enjoy and cheer on: 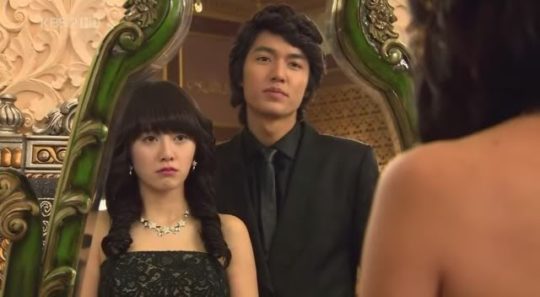 “Boys Over Flowers” is the quintessential K-drama in all respects. Aired in 2009, the drama is a one of the oldest of the modern era of K-drama and a staple of the drama-watcher’s library. It is often confessed to be a gateway drama. Part of the reason for its appeal is its over-the-top antics and aggressive enemies-to-lovers relationship between the two leads, Goo Joon Pyo (Lee Min Ho) and Jan Di (Ku Hye Sun). Joon Pyo is the ultimate bully, backed by his wealth, social status, and posse of equally affluent friends. After transferring to Joon Pyo’s prestigious school on scholarship, Jan Di becomes his target. However, she is not the easy mark he made her out to be. Oh no. She refuses to bow down to his cruel machinations, and over time, the two grow to like and then love each other. Their adventures are wild, dramatic, and quite unbelievable, but that is what makes their love worth cheering for. 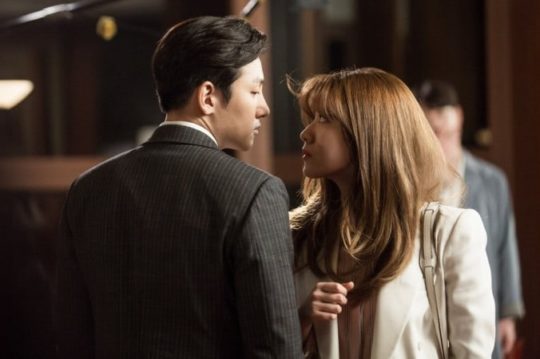 Born of a misunderstanding between leads Noh Ji Wook (Ji Chang Wook) and Eun Bong Hee (Nam Ji Hyun), this pair of enemies-turned-lovers in “Suspicious Partner” is as funny squabbling as they are cute. Their first encounter was when Bong Hee thought Ji Wook groped her butt, and their subsequent encounters snowball into ridiculous, embarrassing situations that quickly put them even further at odds with each other. The two eventual love birds are both sharp, capable professionals who clash over personal quibbles and professional quandaries. But as they are drawn together by circumstance, they begin to see new sides of each other that make their relationship not-so-appalling after all. 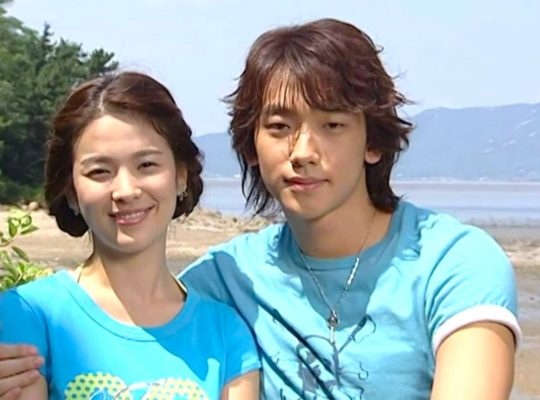 Probably the most famous enemies-to-lovers relationships is the one in “Full House” starring Rain and Song Hye Kyo about a forced co-habitation relationship that blooms into romance amidst the constant bickering. The fighting is actually quite intense in this one, and not many dramas have emulated the constancy of the fighting. But that’s what makes “Full House” the ultimate example of this particular brand of love. Song Hye Kyo plays aspiring writer Ji Eun, who is tricked by her best friends and loses her house. Actor Young Jae (Rain) buys the home, they eventually sign a contract and live together, finding anything and everything to argue over. Their spats turn less bitter and angry and more romantic as time goes on until we get our OTP born of bickering. 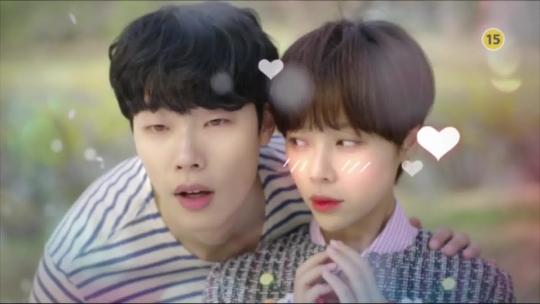 Logic versus superstition is the name of the game in “Lucky Romance,” and the two diametrically opposed belief systems manifest in equally different people who initially dislike each other. Shim Bo Nui (Hwang Jung Eum) is fanatical about superstition while also being kind and intelligent. Her future amour is Je Soo Ho (Ryu Jun Yeol), a man who relies on intellect and reason to a fault, and who has trouble relating with people. Consistent clashing is only to be expected, but it is Soo Ho’s ridiculously cute puppy love that he absolutely cannot contemplate logically that wins Bo Nui’s heart — and ours. 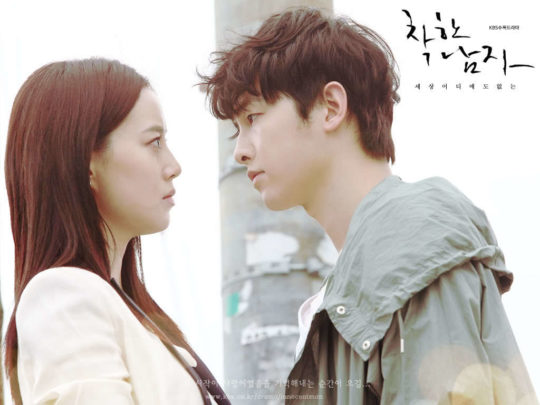 Once upon a time there was man who took the blame for his girlfriend’s accidental murder and was left to rot in jail. He subsequently sought revenge and met a woman who that revenge would hurt. However, she was not a wilting flower, but a strong-minded, capable woman who stood up for herself. That man was Kang Ma Roo (Song Joong Ki) and the woman Seo Eun Gi (Moon Chae Won). Ma Roo’s single-minded revenge clashes with Eun Gi’s very reckless charge towards success and made them anything but close at the start of their relationships. However, the two begin to see past their jaded mindsets and suspicion, opening up to each other and eventually falling in love despite the very many melodramatic plot obstacles thrown their way.

I Am Not a Robot 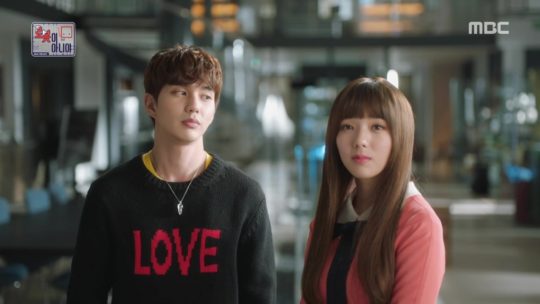 With an allergy to people that has cultivated a rather insufferable attitude, Kim Min Gyu (Yoo Seung Ho) is not an easy man to love. The woman who breaks into his literal human-free fortress of isolation is Jo Ji Ah (Chae Soo Bin), an independent, scrappy woman who does all sorts of things for money to achieve her dream of inventing something people will find touching. Their first meeting doesn’t go so well, and they part with sour first impressions. She was a substitute shopper for him and he refused to pay her because there was something on the package. Later, when she poses as a robot and bypasses Min Gyu’s allergy trigger (human touch), the two begin to build a relationship. On the phone as substitute shopper and client, they fuss heatedly, but even that relationship turns into something more affectionate as Min Gyu begins to yearn for human affection. They go from enemies-to-lovers on two different paths that merge and become one satisfying enemies-to-lovers romance. 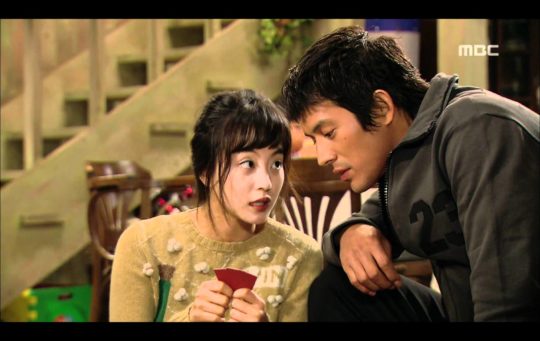 Not even a huge bout of K-dramatic amnesia can stop the two enemies-to-love-birds from fighting in “Couple Fantasy,” one of the oldest dramas on the list and one of the strongest examples. They fuss horribly from the second they meet. In fact, Jang Chul Soo (Oh Ji Ho) takes advantage of Anna Jo’s (Han Ye Seul) memory loss to rope her into babysitting duty for his three nephews after she treats him horribly. Anna is hard-pressed to overcome her snooty attitude, but Chul Soo’s kindness and the fact that they get to know each other as they fight leads these two down the path of love. 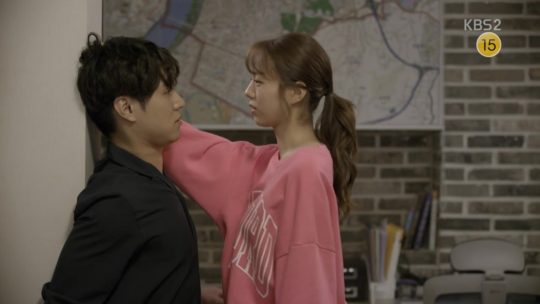 When one is struggling to make ends meet and escape a lifestyle of economic hardship, competition can be fierce enough to shove any thoughts of romance out of one’s mind. Jobs are competitive and so therefore are people, which is the situation in which our two enemies-turned-lovers, Choi Kang Soo (Go Kyung Pyo) and Lee Dan Ah (Chae Soo Bin), meet. Dan Ah is a tough-as-nails, no-nonsense delivery woman who has had to be strong in a business that doesn’t treat women kindly. She has encased herself in a shell of protection comprised of a prickly attitude, excellent martial arts skills, and a distrust of people. Enter Kang Soo, who is a kindly man on a mission. Rather than hate Dan Ah, he instead views her as an obstacle. Needless to say, Dan Ah’s icy attitude eventually melts towards Kang Soo’s compassionate heart, and he falls for her strength, making them the strongest deliverymen in love. 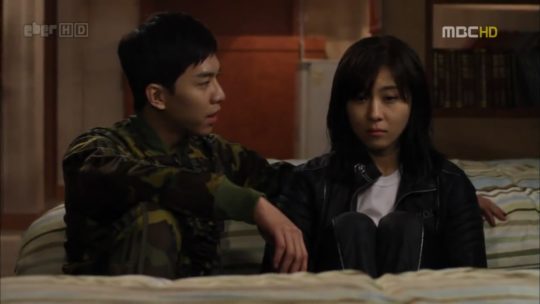 “The King 2 Hearts” is, in some ways, the epitome of enemies-turned-lovers, a grand version of forbidden love as feelings bridge the geo-political divide of North and South Korea. But cute and romantic is not how one would describe South Korean Prince Lee Jae Ha (Lee Seung Gi) and North Korean soldier Kim Hang Ah (Ha Ji Won). They fight like mad upon meeting, quite literally, as they meet during training for a joint military training exercise. The two engaged in an intense game of one-upmanship that both exacerbates their dislike for one another, but also allows them to get to know each other. Eventually, their boundary-crossing love results in cute refrigerator kisses and a marriage for the centuries.

Which pair of enemies-turned-lovers is your favorite? Let us know in the comments below!

Raine0211 is a lover of all things Korean, especially K-pop, K-drama, and Korean food. When she’s not writing for Soompi, she’s playing the cello and singing. She happily indulges in all kinds of K-pop, but her biases are SHINee, Infinite, and VIXX. She is currently exploring Seoul and all of its wonders.