With each passing generation of K-Pop, fans get introduced to more and more iconic groups and great music! Soon, the groups that felt like they debuted just yesterday, become veteran artists in the K-Pop industry, showing off their years of experience and impressive talents over and over again! Here are 11 K-Pop groups that debuted in 2011, and will be turning all of 10 years old this year!

Apink debuted on April 19, 2011, under PlayM Entertainment (formerly A Cube Entertainment/ Plan A Entertainment). They started out as a 7 member group, but currently comprise of 6 members; Chorong, Bomi, Eunji, Naeun, Namjoo, and Hayoung (member Yookyung left in 2013). They made their debut with the mini-album Seven Springs of Apink and title track “I Don’t Know”, gaining lots of attention for their adorable pure concept! 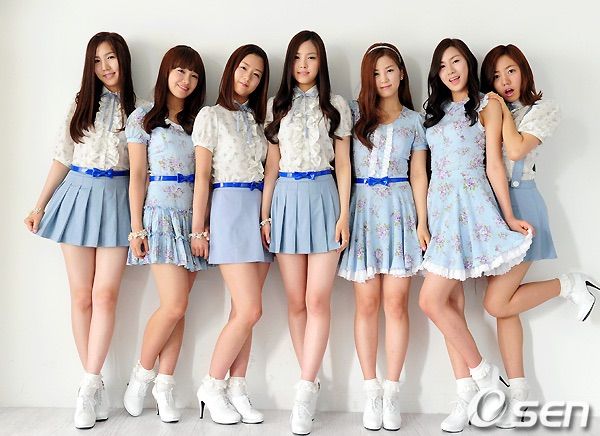 Over the years, Apink gained fame as “fairy-dols” (fairy idols) because of their pure concept…

But also proved how much they’ve matured as artists over the years when they made their 2018 comeback with “I’m So Sick”, and blew Pink Pandas away!

B1A4 debuted on April 23, 2011, under WM Entertainment as a five-member group, consisting of Jinyoung, Baro, Gongchan, Sandeul, and CNU! They released their debut mini-album, Let’s Fly, and their title track “O.K.” on April 21, but made their official debut two days later!

After promoting as a five-member group for 7 years, members Jinyoung and Baro eventually left the agency, and the group continued on as 3 members! Their latest comeback as 3 members was with the song “Like A Movie”.

B1A4 still retains their iconic status as an amazing boy group, and always impress fans with their incredible music and style!

Block B debuted on April 13, 2011, under Stardom Entertainment (later shifting to KQ Entertainment) as 7 members. Consisting of members Zico, Park Kyung, Jaehyo, Taeil, B-Bomb, U-Kwon, and P.O., they made their debut with the single “Freeze” and released their debut mini-album titled New Kids On The Block months later, on June 23.

They gained tons of attention with their hip-hop centered music and unique image, with hit songs such as “Very Good”, “H.E.R.” and “Shall We Dance” dominating the K-Pop scene!

As the members of Block B are currently finishing their mandatory military service, fans are anticipating their return as a full group one day, for they’re sure to deliver bops once again!

Boyfriend debuted on May 26, 2011, under Starship Entertainment! Consisting of members Donghyun, Hyunseong, Jeongmin, Youngmin, Kwangmin, and Minwoo, they released their debut single “Boyfriend” in 2011! 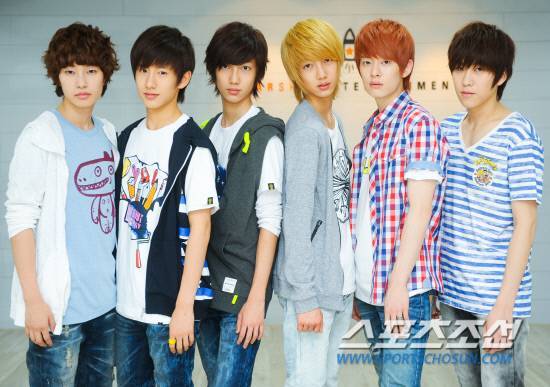 The group has many notable singles, such as “Don’t Touch My Girl”, “I’ll Be There” and “JANUS”! After 8 years as a group, they, unfortunately, disbanded on May 17, 2019, but their legacy as an amazing boy group remains!

Brave Girls is a group that debuted under Brave Entertainment on April 7, 2011. Formed by famed music producers Brave Brothers, the girl group started out as a 5 member group… 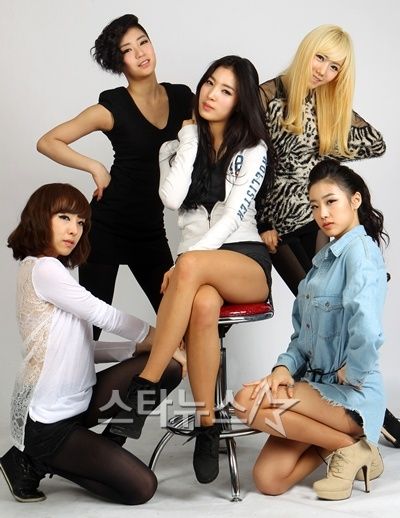 …but owing to lineup changes over the years, currently consists of 4 members; Minyoung, Yujeong, Eunji, and Yuna.

They debuted with the double title tracks, “Don’t You Know” and “So Sexy”, and were notable for their sexy concepts! After a three-year hiatus, their last comeback with their 4-member lineup was on August 2020, with the single “We Ride”, feeding hungry fans with the bop that they deserve!

SISTAR19 is the subunit formed from girl group SISTAR, under Starship Entertainment! Consisting of members Hyolyn and Bora, they debuted on May 5, 2011, with the iconic single “Ma Boy”!

They had just one more comeback with “Gone Not Around Any Longer” in January 2013, before they disbanded with the main group in June 2017. The subunit was noted for combining the power vocals of Hyolyn and the rap skills of Bora, while of course also delivering intricate choreographies from the two dancers of SISTAR!

Dalshabet debuted on January 3, 2011 under Happy Face Entertainment as a 6-member girl group. They debuted with the single “Supa Dupa Diva”, and cemented their place as a rising rookie group of 2011!

They released tons of well-charting songs, such as “Bling Bling”, “Hit U” and “Be Ambitious”! While currently on hiatus, the group all reunited in 2019 for a mini-concert and photoshoot, giving fans their long-awaited content as a full group! 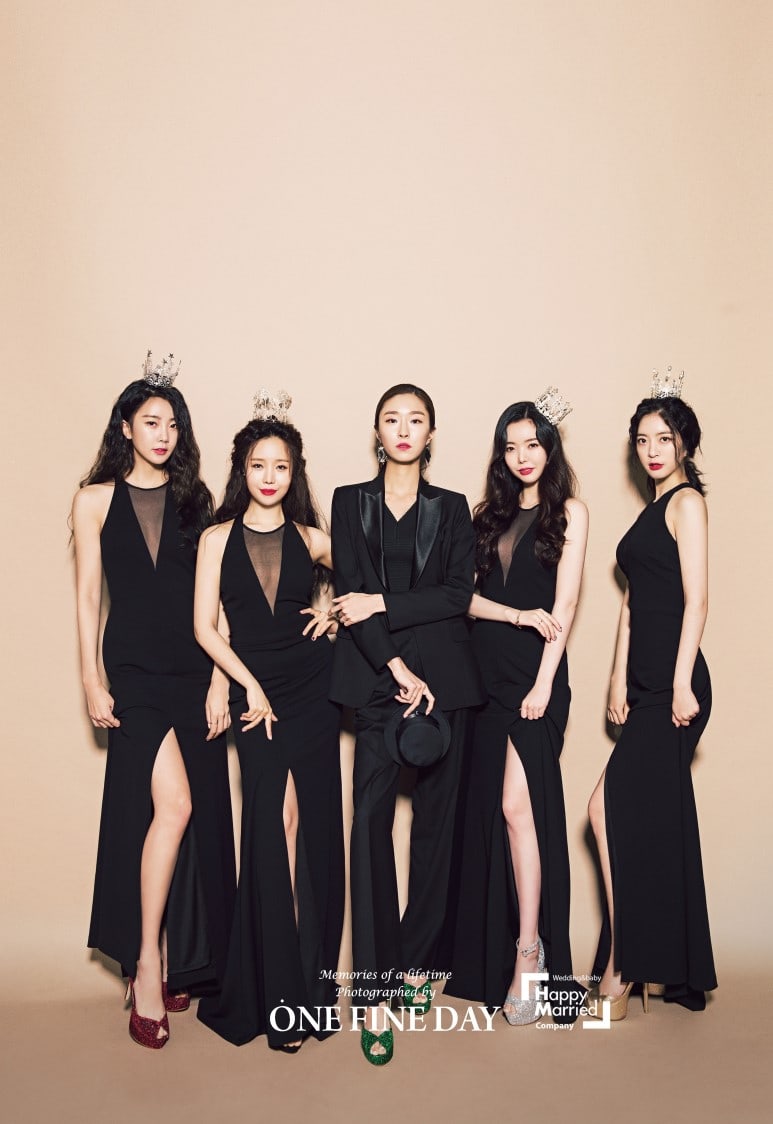 They originally debuted as an 8-member group, but experienced multiple lineup changes over the years. In 2015, RANIA became notable for debuting the first African American K-Pop idol Alex, and a year later, changed their name to BP RANIA (Black Pearl RANIA), from 2016 to 2018.

In 2020, DR Music announced that BP RANIA had now rebranded into BLACKSWAN, and released their first album titled Goodbye RANIA in October 2020, with the title track “Tonight”.

Super Junior D&E is the fifth subunit formed from Super Junior, under SM Entertainment. Consisting of members Eunhyuk and Donghae, they debuted on December 16, 2011, with the single “Oppa, Oppa”.

With their incredible chemistry as a duo, Super Junior D&E impressed fans immensely with their amazing songs and choreography, and 10 years later, are still going strong!

Their latest comeback was with the release of a special album titled Bad Liar and title track “No Love”, where they slayed fans with their unchanging visuals and talents!

Troublemaker is a duo formed by CUBE Entertainment in 2011. Consisting of HyunA and former BEAST member Hyunseung, the co-ed duo debuted on December 1, 2011, and made waves with their sexy and provocative group concept!

Their debut mini-album and title track were both titled “Troublemaker”, and the duo gained tons of attention for their catchy song and sexy choreography! 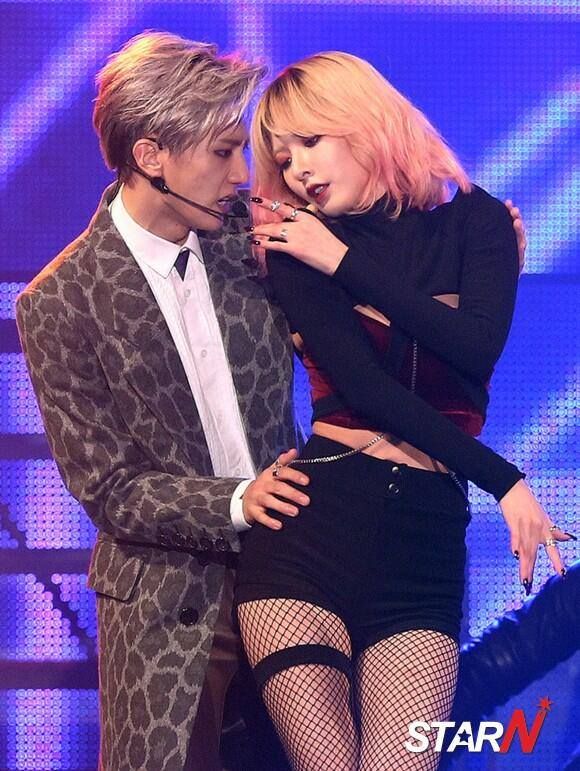 Their last comeback would be in 2013, with the mini-album Chemistry and title track “Now”. Following a 5 year hiatus, HyunA left CUBE Entertainment in 2018, effectively disbanding the duo. Despite having more or less disbanded, Troublemaker is still fondly remembered by all fans for being a gamechanger for music and concepts in K-Pop!

STELLAR debuted under The Entertainment Pascal in 2011. Debuting with a 4-member lineup, the group’s debut single was “Rocket Girl”, released on August 28, 2011.

STELLAR gained notoriety in 2014 after a change in concept, where they released “Marionette”, marking the start of their shift to a sexier concept. The comeback was followed by similar comeback concepts such as “Vibrato” and “Sting”.

The group ultimately ended up disbanding in 2018 after the members chose not to renew their contracts with the agency. Fans still remember the group for their visuals and talents, and are happy that the members remain close even today!