11 Things You Never Knew About About BTS’s J-Hope, That’ll Leave You Sobbing

1. J-Hope was always really down when they were trainees, but after adopting the persona of “J-Hope” he became a bright person.

2. Despite his father being against his decision to be a dancer, his mother supported him financially by working in another country. In fact, J-Hope was so grateful to his mother that he wrote and dedicated an entire song for her.

3. On his first birthday after debuting, the members surprised him with special video letters from the members, managers, and his family.

J-Hope held back his tears until his father appeared on the screen.

4. He also couldn’t stop crying when realized he had become a son his parents can be proud of, thanks to the stage that ARMY created for him.

5. J-Hope struggled so much during his trainee days that he dropped out from the debut lineup.

Jimin and Jungkook held each other and cried a lot when that happened. RM told Big Hit that they needed J-Hope, and J-Hope decided to return to the group because he trusted the other members.

6. He is such a hard worker and perfectionist that he pushed himself so hard during rookie days, and actually fainted during the filming of the “Boy in Luv” music video while trying to do the best he could for his fans. 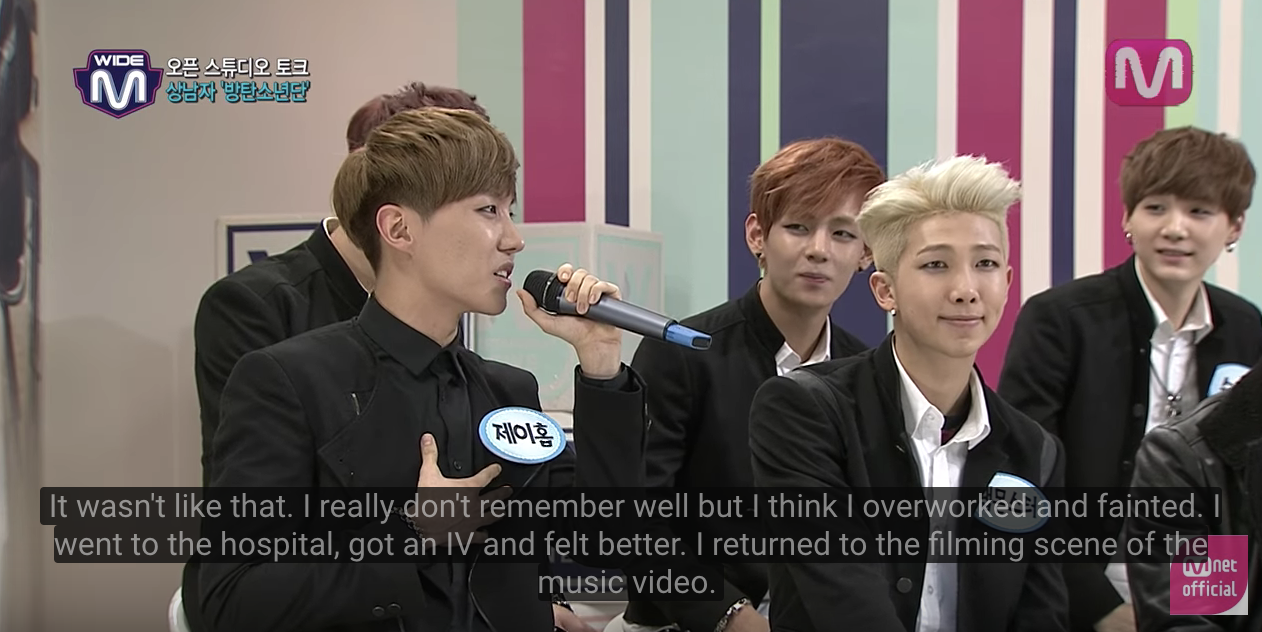 7. During their first fanmeeting, J-Hope told the fans being able to hold a mic and communicate with the fans was a surreal and amazing experience.

“I think a flower is beautiful when it blooms and fades, I will be a flower-like singer for all of you.”

8. J-Hope confessed 100 days after their debut that although life as a rookie was very difficult, he made it through thanks to his friend.

“To be honest, each day is tiring and difficult but I believe that the sole reason I can make it through is because of our ARMYs.”

9. Because J-Hope loves ARMY so much, he said that he wants to comfort ARMY when they are sad by singing “MAMA” for them.

10. J-Hope has declared that the most beautiful moment in his life is every moment spent with ARMY.

“They sing along to our songs and cheer us on, this alone is so touching. I think this is something I’ll never be able to feel or experience again…so I always think that this moment right here is my most beautiful moment in my life.”

11. Through expressing his “hope mind” in his music, J-Hope wants to give hope to the people who love him.