It’s no secret that summer is the time of year most students live for. No classes, tons of free time, and nice weather — what’s not to love? But despite all the positives of summer break, sometimes so much time away from the classroom can get boring. You just might even find yourself missing school — everything from the lunches to the lessons to that cutie in your math class. If you find yourself wasting away summer wishing to get back in the classroom or you want to be reminded of your school days, we’ve got a list of dramas that will make you feel like you’re in homeroom already. Let’s get started! 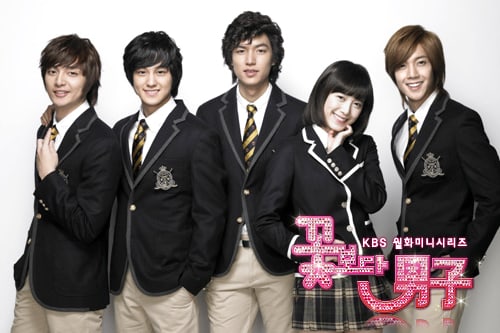 The elite and extravagant Shinhwa High School is ruled by the notorious F4, four rich and spoiled boys who are used to always getting their way, especially leader Gu Joon Pyo (Lee Min Ho). But Shinhwa High School and the F4 are flipped on their heads when commoner Jan Di (Ku Hye Sun) is offered a scholarship to the school. If you’re looking to watch something iconic, then this drama is the perfect cure for the summer blues!

Catch the first episode of “Boys Over Flowers”:

To the Beautiful You 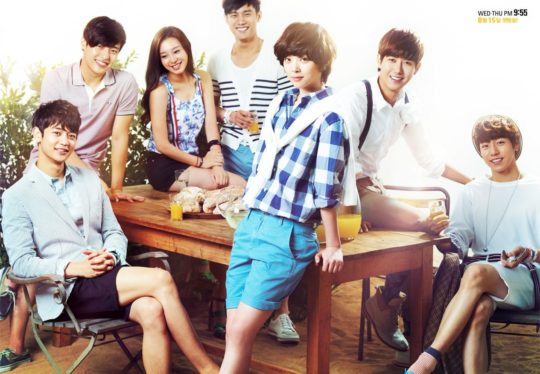 Gu Jae Hee (Sulli) is a huge fan of high jumper Kang Tae Joon (Minho) and has followed his career, even while living in Los Angeles. When Tae Joon suffers a potentially career-ending injury, Jae Hee makes the rash decision to go back to Korea to try and help him . . . by dressing up as a boy and infiltrating Tae Joon’s all-boy high school. This funny and idol-filled drama is just what the doctor ordered if you’re missing school!

Catch the first episode of “To the Beautiful You”: 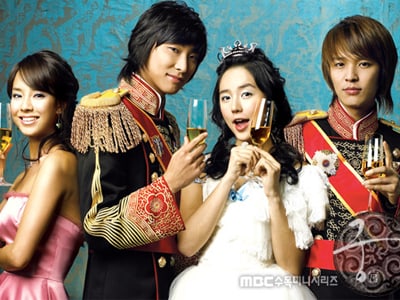 In a re-imagined current day Korea where the royal family still reigns, Chae Kyung (Yoon Eun Hye) is your average teenager whose normal life suddenly becomes a lot more complicated when her family arranges for her to marry Crown Prince Lee Shin (Joo Ji Hoon). And not to mention, Lee Shin happens to be in love with another woman (Song Ji Hyo). Will this modern day fairy-tale have a happy ending or will it end in heartbreak? “Goong” is a unique school drama that you’ll love!

Catch the first episode of “Goong”: 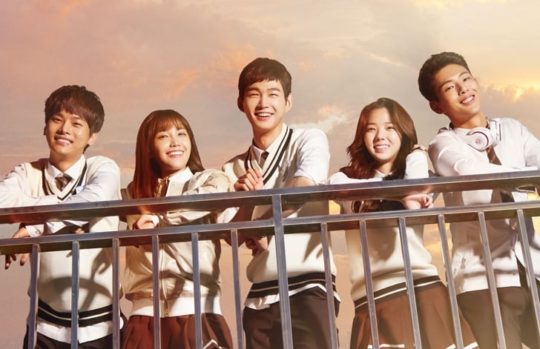 Kang Yeon Doo (Jung Eun Ji) is the leader of Real King — a dance crew of low-achievers who just don’t seem to have a place in their cut-throat, competitive high school. Kim Yeol (Lee Wong Geun), on the other hand, is leader of the high-achieving and arrogant school club known as White Tiger. But when these two very different groups are asked to form a cheerleading squad or lose what’s most important to them, they have to figure out if they’ll soar together or rip each other apart. For a feel-good school drama, you can’t go wrong with “Sassy Go Go”! 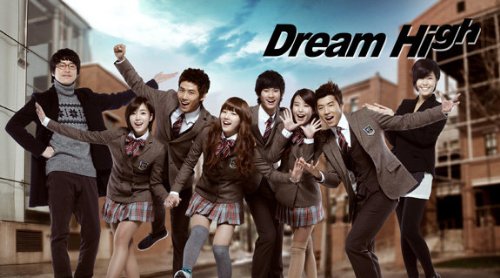 In a fantasy Korea filled with vampires, the vampires and humans have learned how to peacefully co-exist, though the groups still tend to distrust and shun one another. Vampire and high school student Baek Ri (Seolhyun) just wants to live a normal life and works hard to keep her identity as a vampire secret. But things get complicated when she falls for a human named Jung Jae Min (Yeo Jin Goo). For those who love fantasy mixed in with the normal, every day dilemmas of school, you’ll enjoy this drama! 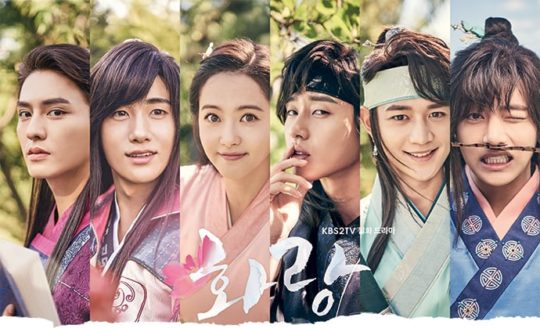 School is still school, even if it is set thousands of years ago. In a time when status, wealth, and power are all that matter, Jinheung (Park Hyung Sik) feels powerless. Despite being the King, Jinheung must hide his identity and live a life in the shadows. When an elite group, known as Hwarang, is formed in hopes of uniting the politically divided kingdom, it might just be Jinheung’s chance to finally realize his destiny. For those who love historical dramas, “Hwarang” will keep your attention with its star-studded cast and relatable characters.

Catch the first episode of “Hwarang”:

What do a genius, a doctor (Nichkhun), a university student (Jinyoung), and popular magician (Yoon Park) have in common? All attend Magic School, a place which gives people looking for something different a chance to escape, learn, and make new connections. If you’re crunched for time, this web series is short and sweet, and sure to fill your need to get back in the classroom in a fun, unique way. 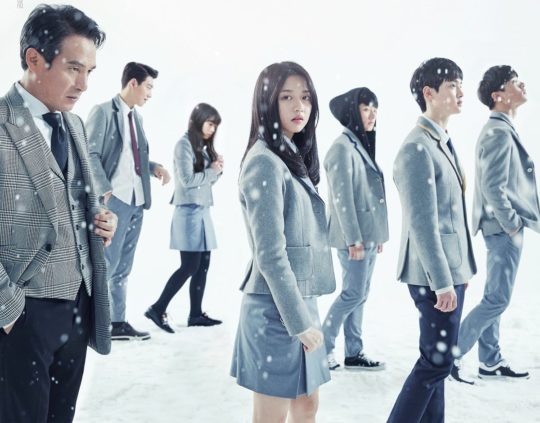 An apparent suicide occurs on Christmas day at an elite high school, and when a student who witnessed the incident claims it was murder and ends up dead, the students take matters into their own hands. Scared, but determined to find out the truth, the students decide to hold their own trial to reveal the culprit — which is not an easy task in a school where everyone has secrets. This gripping drama will make you appreciate how simple and murder-free your own school is. 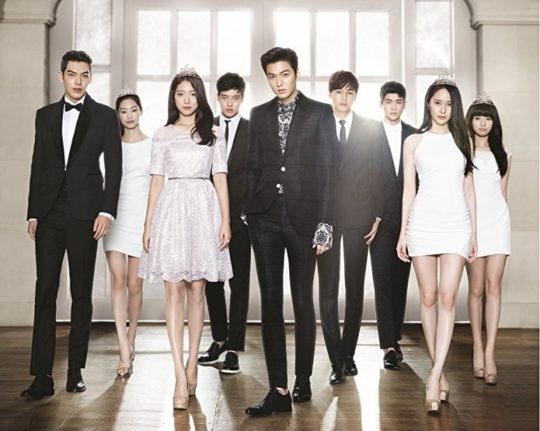 The corporate world is brutal — even in high school! High schooler and heir Kim Tan (Lee Min Ho) is in line to take over his family’s company, as are most of his rich and powerful peers at his elite high school. But when Kim Tan falls for a normal girl (Park Shin Hye), he finds himself torn between the life he’s been raised to live and the girl he loves. If you miss the social aspects of school (like gossip and drama), this show’s got you covered — just in more expensive clothes!

Catch the first episode of “Heirs”: 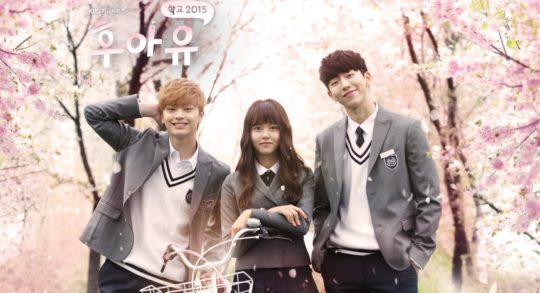 Two twins (both played by Kim So Hyun) who are separated when they were young, live two very different lives. One — Lee Eun Bi — is an orphan who, despite her cheerful attitude and optimism, is bullied to the point of wishing she were dead. The other — Go Eun Byul — is a straightforward, strong, and popular girl who lives a happy life. That is, until she goes missing. And it is up to Eun Bi to find out the truth behind her sister’s secrets. This drama highlights the importance of having and being a good friend. So, if you’re missing your own classmates this summer, this is the perfect drama to watch! 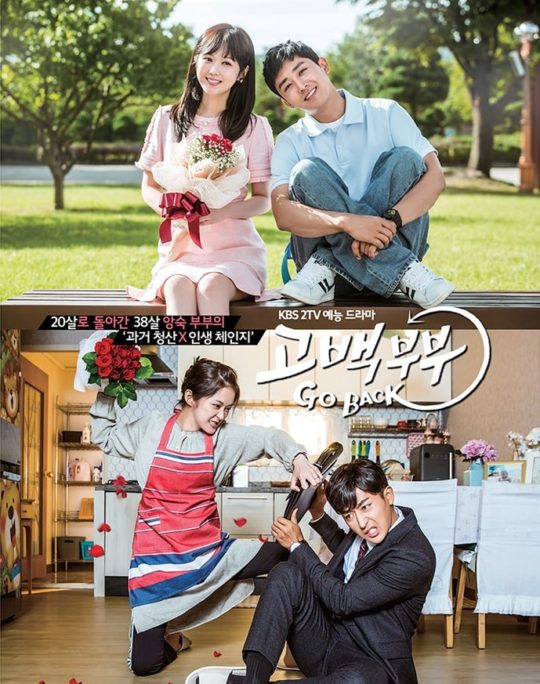 Choi Ban Do (Son Ho Jun) and Ma Jin Joo (Jang Nara) are a couple whose marriage is falling apart. They find themselves wishing they could go back in time and get another chance at love. Their wish ends up coming true, and they find themselves 20 years in the past — when they were college students. Their choices in the past could either bring them closer together in the future or it just might change everything. For those of you in college and wishing you’d picked up a few classes over the summer, this drama will help ease the pain.

What kind of dramas do you like watching in the summer, Soompiers? Be sure to leave your recommendations in the comments!

When erinunnie isn’t working or freaking out about grad school, she enjoys writing, reading, playing the piano, singing, and (of course) listening to K-pop and watching K-dramas. Connect with Erin on Twitter to keep up with her latest obsessions!

Currently watching: “Sassy Go Go”; “Who Are You: School 2015”
Looking forward to: “Are You Human, Too?”
All-time favorite dramas: “Boys Over Flowers”; “The Great Doctor”