Each BTS member reacts to situations in ways that are as unique to them as their personalities are. Jin‘s reactions are exactly like him: dramatic, genuine, hilarious, and 100% unforgettable!

When BTS’s athletic maknae got up like this during a Love Yourself world tour concert, Jin’s expression was priceless. That move may have worked for Jungkook, but Jin wasn’t going to risk it!

2. The “please save my life, RM” meltdown 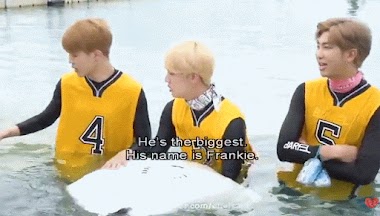 When BTS went swimming with rays on vacation, Jin was doing okay… 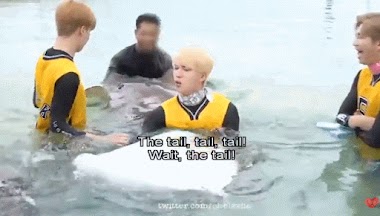 …until the ray’s tail “attacked” him. 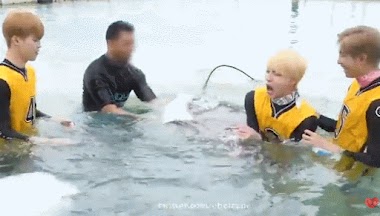 Jin totally lost his courage and clung to his leader for dear life! Jin even apologized to the ray, because he’s nothing if not polite.

3. The “get that horrible thing away from me before I die of fright” scream

Jin didn’t take this Law of the Jungle prank very well. As soon as he saw this dead grasshopper he screamed his lungs out… 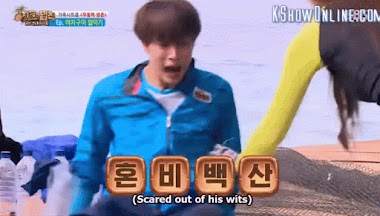 …and showed every single ounce of terror he was feeling!

4. The “no one loves my jokes more than I do” laugh 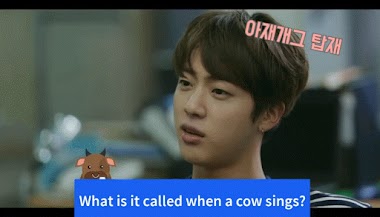 No one can make Jin laugh quite as much as Jin can. In the past, he has said that he likes to tell these punny dad jokes for his own amusement, and it seems like he never gets sick of them. 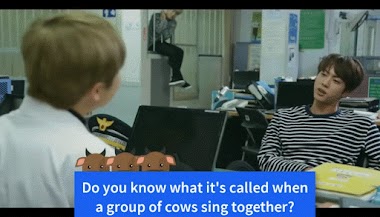 Even if Jin’s members think his jokes are lame, they can’t help cracking up because Jin’s reaction is 10x funnier than the jokes are!

5. The “how dare you disrespect my ingenious gift” tirade

Jin totally lost it when RM didn’t seem to appreciate the wet tissues he had bought for him as a Secret Santa gift. Jin’s reaction was so over the top that Jungkook and Jimin fell out of the camera frame laughing!

jin's reaction when a fan told him she got him a present and then pulled out a heart instead IM CRYINV THEY'RE SO CUTE pic.twitter.com/sudBM62ZAY

Speaking of gifts, Jin once received this adorable fan’s “heart” at a fansign. When she pulled the finger heart out of her paper bag, Jin turned away, smiling bashfully. Aw! 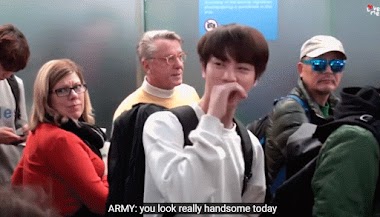 Worldwide Handsome loves compliments, but these sweet ARMYs gave him so many that he had to turn to his manager… 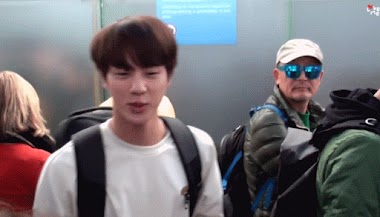 …to cover up his embarrassment. 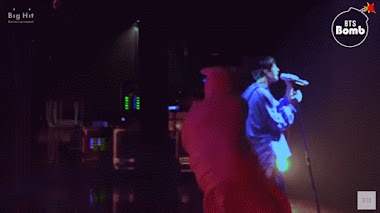 Jin was so into his Prom Party concert duet that he somehow didn’t notice Jungkook dressed in a Cooky onesie, coming at him with an invisible sword. 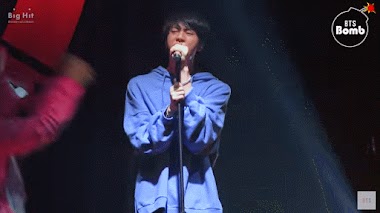 When Jungkook got too close, Jin jumped out of his skin while shouting words that were definitely not part of the “Even If I Die, It’s You” lyrics. 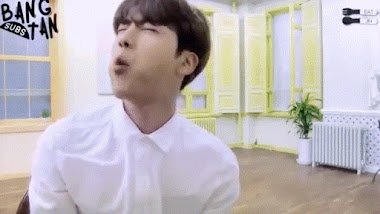 Jin loves to eat and he expresses just how delicious his meals are with his whole body. A reaction like this could make even stale bread seem tasty!

jimin and jin’s reaction were priceless sksks when they announced who got 2nd place. then, there’s suga ~ @BTS_twt pic.twitter.com/TgmNf8iFtD

Jin and Jimin both let everyone know how unexpected this second place win was for them on Run BTS!.

Jimin and Jin's reaction when they accidentally linked their arms will always be the best pic.twitter.com/IJAlrveaQP

Here’s another great Jin and Jimin moment that fans won’t forget any time soon. During an interview, these two accidentally linked arms…and weren’t exactly sure what to make of it.

jin's reaction when jungkook hit him back is so funny, he didn't expect that at all ???? pic.twitter.com/gbJU3UFZRO

When Jin gave Jungkook this neck slice, he received a casual slap in return that left him stunned speechless!