The 13 Most Important Moments Of BTS At The BBMAs

Another year, another Billboard Music Awards that was dominated by BTS. The boys made history as they took home the award for Top Social Artist for the second year in a row, and became the first K-pop group to perform at the BBMAs with the world premiere stage of their latest hit “Fake Love.” But there were plenty of other very important BTS moments at the BBMAs, so from the adorable and funny to the inspirational and touching, here are our favorites!

1. When they showed up to the red carpet looking like the kings they are.

We're so happy to have you back again, @BTS_twt ❤️ #BTS_BBMAs #BBMAs pic.twitter.com/Efql76IkYS

2. And continually blessed us with their perfection. 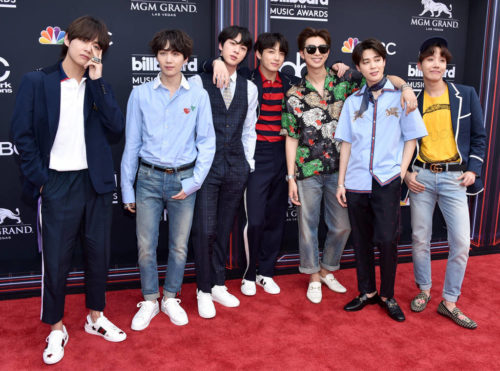 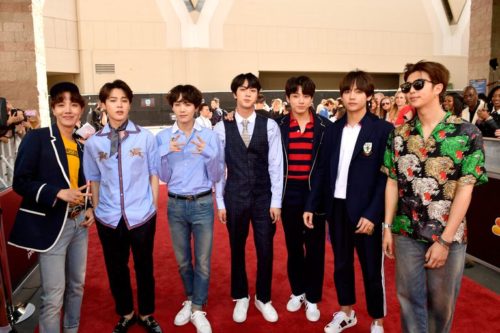 3. But were still their usual goofy selves.

That we’re not quite sure if we believe.

5. When they were as humble and grateful as always.

They never passed up a chance to thank ARMY.

6. And had a ton of fun throughout the awards show.

7. When Jungkook had his priorities:

Because snacks are always the most important thing.

8. And when they shone alongside other celebrities.

Especially when we discovered that a Tyra Banks/BTS encounter was everything we never knew we needed.

9. When they won Top Social Artist for the SECOND year in a row.

An impressive feat after last year, when they became the only K-pop artist to ever win an award at the BBMAs!

Look at those smiles!

10. And when RM’s acceptance speech hit us in the feels:

Because yes, they do inspire us all!

11. When the boys took to the stage for their historic performance.

12. And we FINALLY got to see the “Fake Love” choreography in all its glory.

Because we’ve been dying to see the full choreo!

Also, remember the time Jungkook did that?

13. When BTS celebrated with ARMY immediately after the show.

Because these guys are so humble and sweet that they wanted to share their celebration with their fans.

Q. do you guys wanna comeback nxt year?
RM: ofc! we wanna perform. give us a chance to perform. 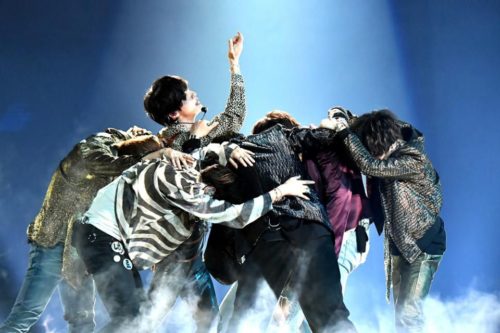 It’s been a wild ride, and we’re so proud of what the boys have accomplished! Congratulations, BTS and ARMY!

What was your favorite BTS moment from the BBMAs? Let us know in the comments!