BTS recently made K-pop history with their win at the Billboard Music Awards. Not only did they become the first K-pop group to win an award at Billboard, but they were also the first musician to receive over 300 million votes for the Top Social Artist award! This unprecedented social media attention led them to see an outrageous amount of press coverage, as the international music scene is currently scrambling to find out everything they can about these talented artists.

Here are just a few of our favorite moments from BTS’s appearance at the BBMAs on May 21 that took over the internet.

1. When ARMY got hit with this epic slow motion shot of BTS on the magenta carpet.

The squad is ALL here! ? @BTS_twt #BBMAs pic.twitter.com/KujnzYMAnN

2. When they were named best dressed because of their dashing appearances.

The best dressed guys at the #BBMAs: BTS in Saint Laurent. https://t.co/PP78H0dndw pic.twitter.com/TLhzRt3T3Y

3. When Jin and Jungkook went viral as the “third from the left” and the “one in the middle.”

seokjin went from the “car door guy” to the “the third from the left”
#BBMAs pic.twitter.com/fiSdOpSli9

When our Golden Maknae gets noticed again!
“The one in the middle” pic.twitter.com/Vkmdh7RMex

4. When Rap Monster gets embarrassed about being called a heartthrob.

LOOK AT THEIR REACTIONS WHEN THEY FOUND OUT WHAT HEARTTHROBS WERE IM CRYING THEY'RE SO CUTE pic.twitter.com/z9pcWaYdzQ

5. When they didn’t forget to thank ARMY every chance they got.

6. When this beautiful pan shot leads to V being expectedly adorkable.

managed to record this legendary moment in hd so i will put it on loop, you're welcome pic.twitter.com/StiqxZgEsR

7. When Jimin hears BTS fan chants inside the T-Mobile Arena.

8. When they had their fingers crossed for the big award announcement.

They had their fingers cross they are so pure?❤️#BTSBBMAs @BTS_twt pic.twitter.com/BvyZUCAQXI

9. When they were officially announced the winners of the Top Social Artist award!

We see you going to grab that trophy with a huge smile, Suga!

10. When everyone wanted to meet them, take photos with them, and congratulate them!

Love these dudes! See you guys this summer @BTS_twt pic.twitter.com/i5TPqGGdzO

I love these guys. And I will not stop …until they let me join @bts_bighit. #BBMAs pic.twitter.com/dtGcfeoyxb

CONGRATS FROM ME AND ALL OF AMERICA ? @BTS_twt #BeAMaverick pic.twitter.com/bWBwPtt8KU

11.1. When they received a landslide of media coverage in the United States.

Here's everything you need to know about the #BBMAs' breakout Korean-Pop boy band BTS: https://t.co/AsJDKkyCeo pic.twitter.com/813YVAsefP

5 things you should know about K-Pop sensations BTS https://t.co/VEZBjiMdw8 pic.twitter.com/vrP8vJh2nQ

People are stressing Asian representation after BTS made history at the Billboard Music Awards https://t.co/JpVtWloVny pic.twitter.com/Ay7Pza3UMx

Bigger than Bieber? A Korean pop group beats US stars to win a Billboard Music Award https://t.co/ouZEWaUHy1 via @CNNent pic.twitter.com/cHpfmaMaGx

K-pop has officially landed in America –
here's how it happened https://t.co/Jvg8nFnzb0

This KPop band just made history at the #BBMAs pic.twitter.com/om9mebSkgE

They've done it! @BTS_twt just made history with their first win at the #BBMAs. https://t.co/wl2LEeKpl3

11.2. They also made news broadcasts all over Korea with their win.

12. When Rap Monster missed the photo with Halsey and asked fans to photoshop him in.

This resulted in all types of responses that only a fandom as fun as ARMY can produce!

Thankfully he did eventually get a realistic one after all of the hilariously creative ones.

13. When they were honest about their humble beginnings and asked for a chance to perform at the BBMAs next year.

“Our company was not that big,our names were not that big and now…”I AM CRYING AND SO DO YOU #BBMAs #BTSBBMAs #BTS pic.twitter.com/PcpHL14Xfd

14. Absolutely every interview and photo of BTS at the BBMAs!

There are too many photos and videos of BTS at the Billboard Music Awards to include them all; but here are just a few of our favorites to top of this list of memorable BTS BBMA moments! 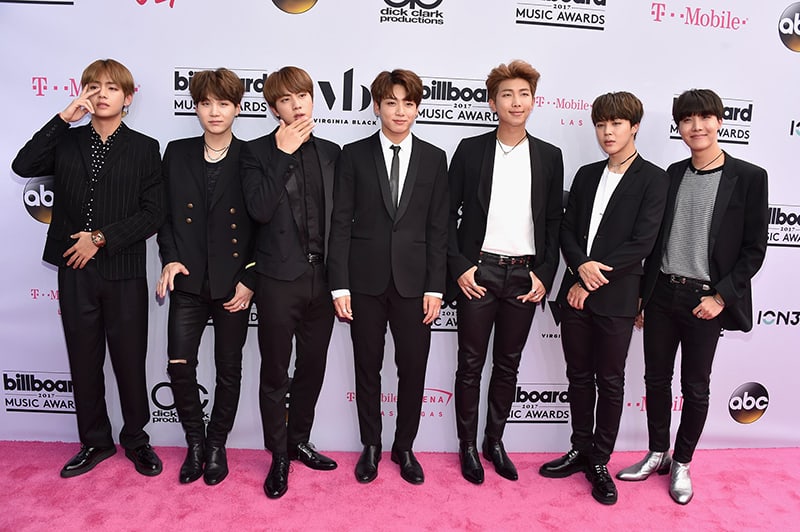 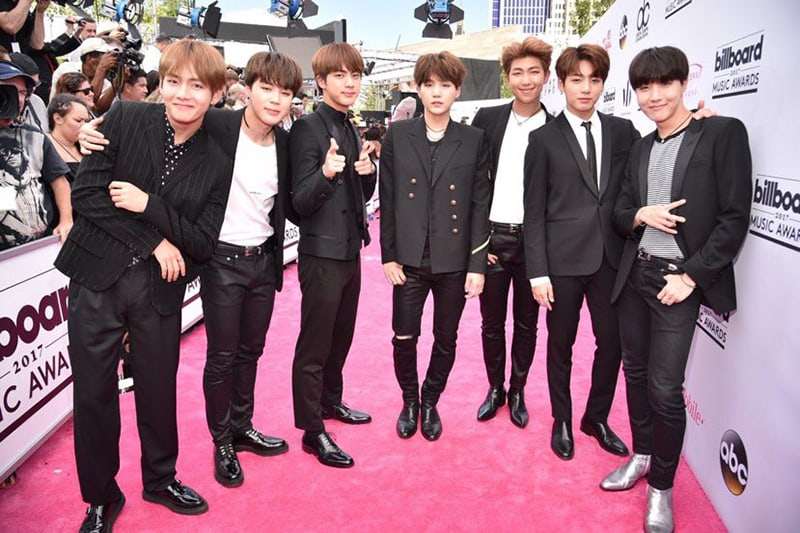 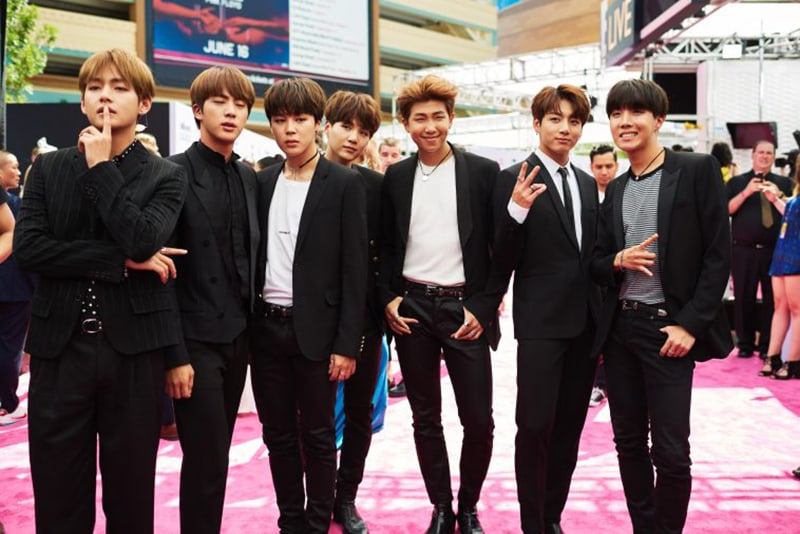 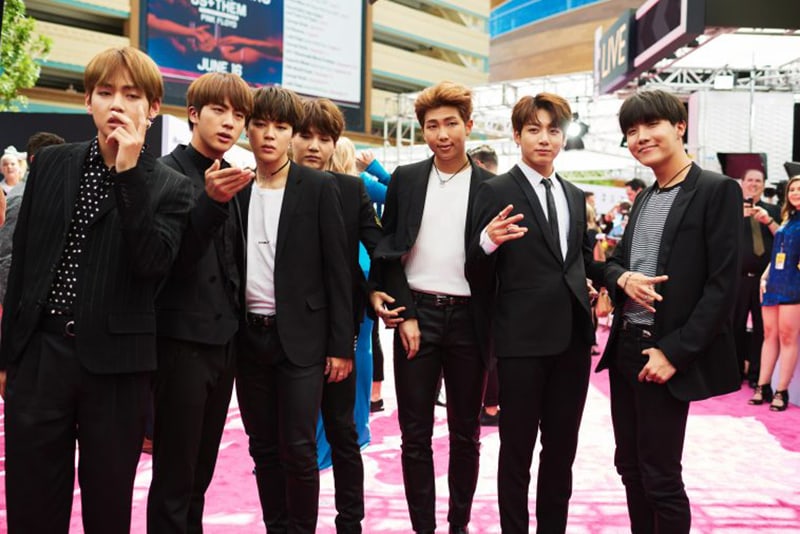 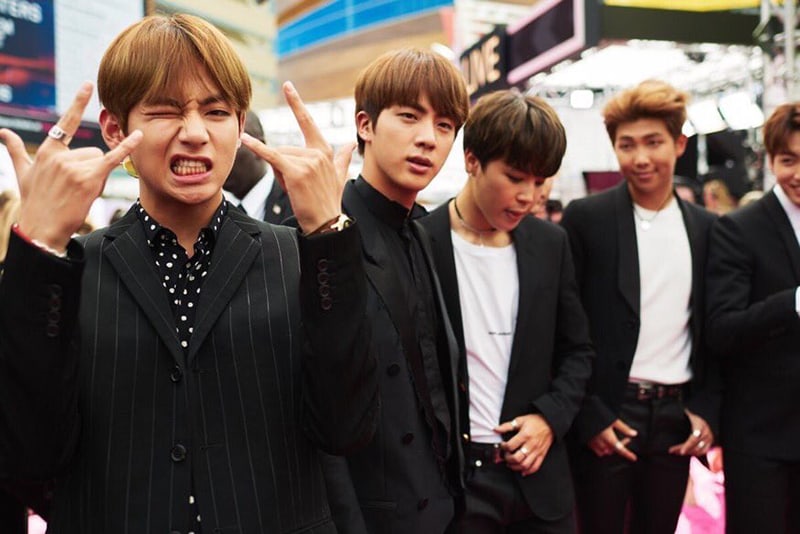 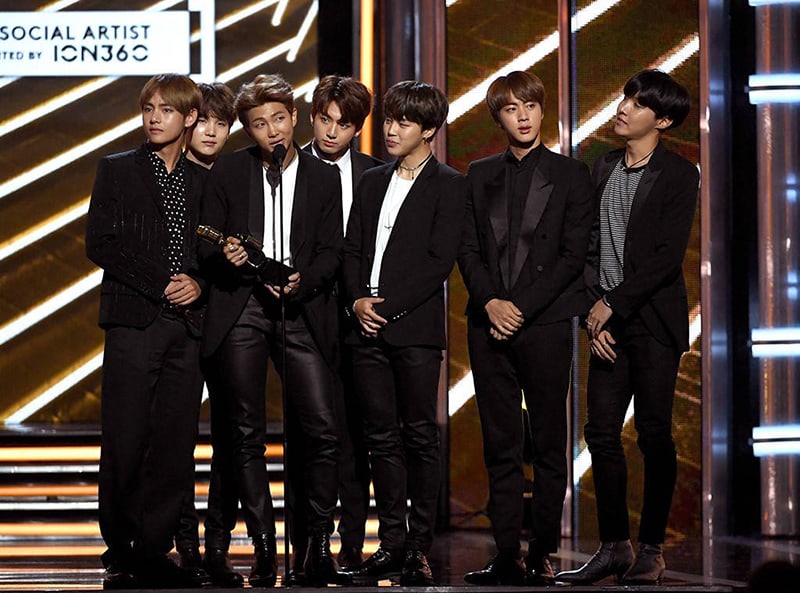 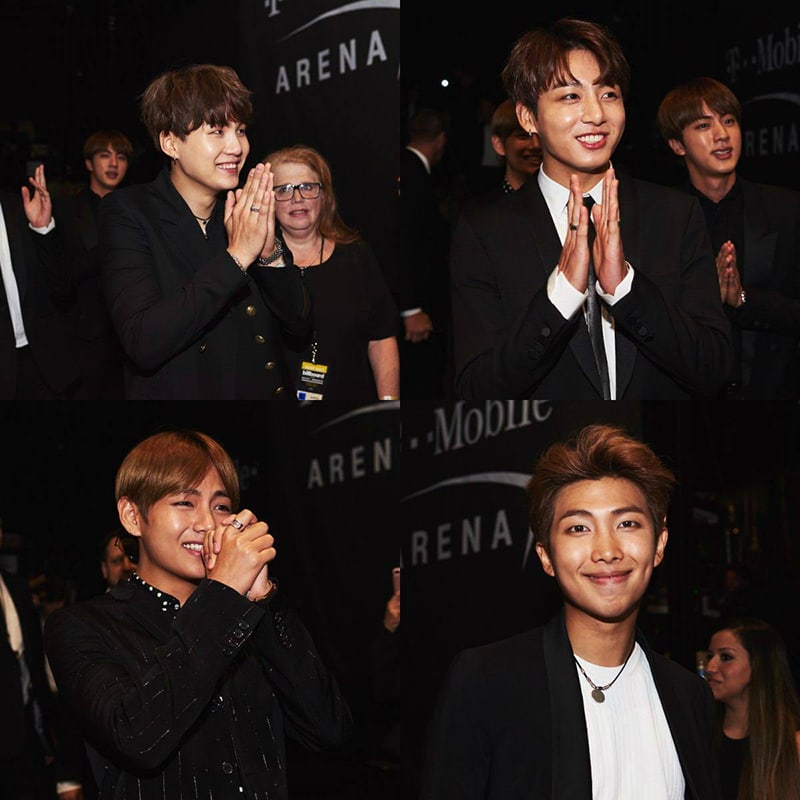 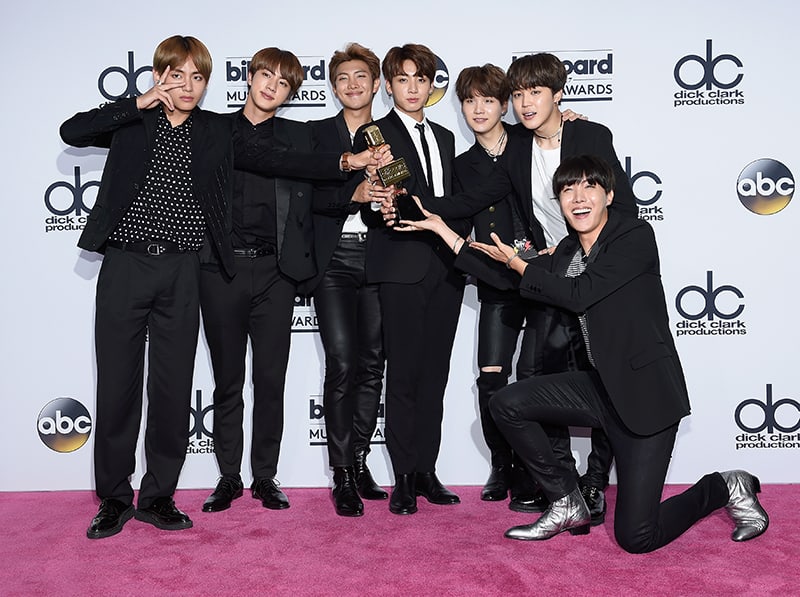 These photos are from Billboard. If you want to see more amazing pics of BTS then be sure to check out their official gallery here!

Which BTS Billboard Music Awards moment is your favorite?

t0ky0nights is a K-pop enthusiast whose interests include many forms of Japanese, Chinese, and Korean entertainment. She can be found dancing or writing articles, and lyrics most of the time. Check out her monochrome Instagram account here.