When meeting new people, everyone makes first impressions that may not be correct. Over time, those misconceptions fade as we learn more about our new friends. The same is true for fans who are just getting introduced to BTS. Here are 15 common misconceptions about the members that couldn’t be further from the truth.

You mean to tell me that the guy who introduces himself as “Worldwide Handsome” isn’t full of himself? That’s right! 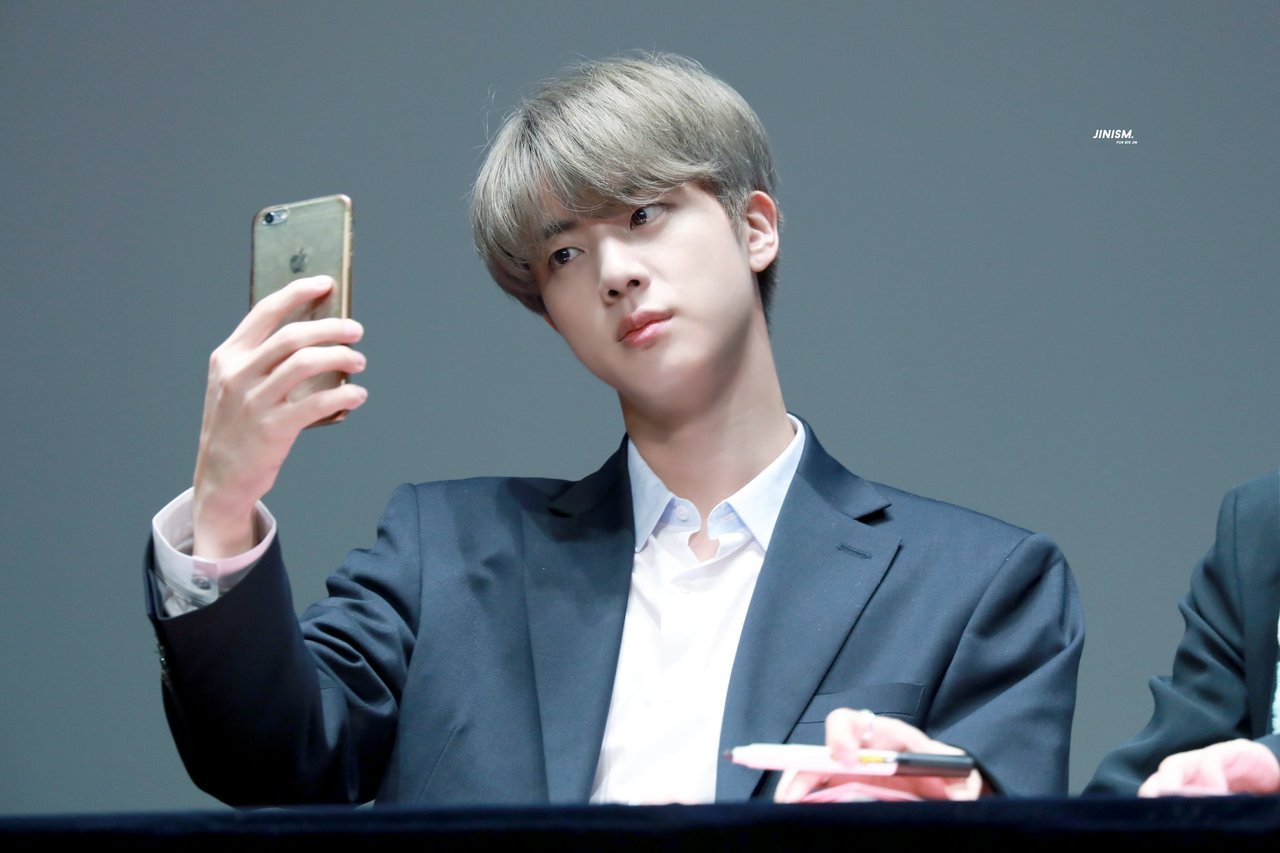 Jin doesn’t get tired of mentioning his handsome face, but his huge ego is actually a huge joke. Jin’s sense of humor is over the top, self-deprecating, and fun. He uses jokes like “Worldwide Handsome” to break the ice in interviews and make his members feel more comfortable. In reality, he’s a humble person who doesn’t take himself too seriously. 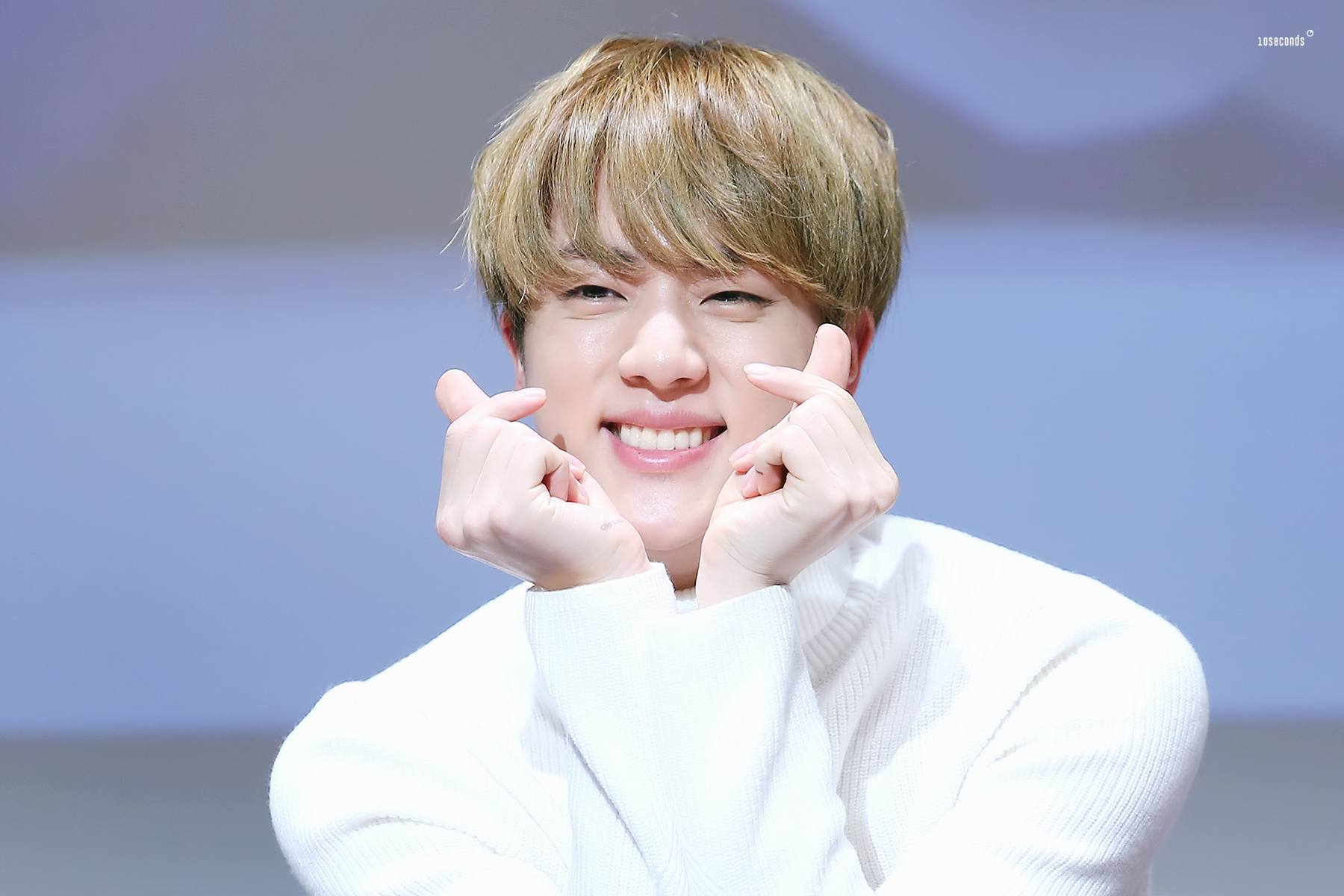 2. Suga is cold, serious, and scary

False. Suga is warm, funny, and introverted. He’s the kind of person who shows love through actions rather than words, so at times he can seem unemotional. He also suffers from RBF, which makes him seem intimidating! 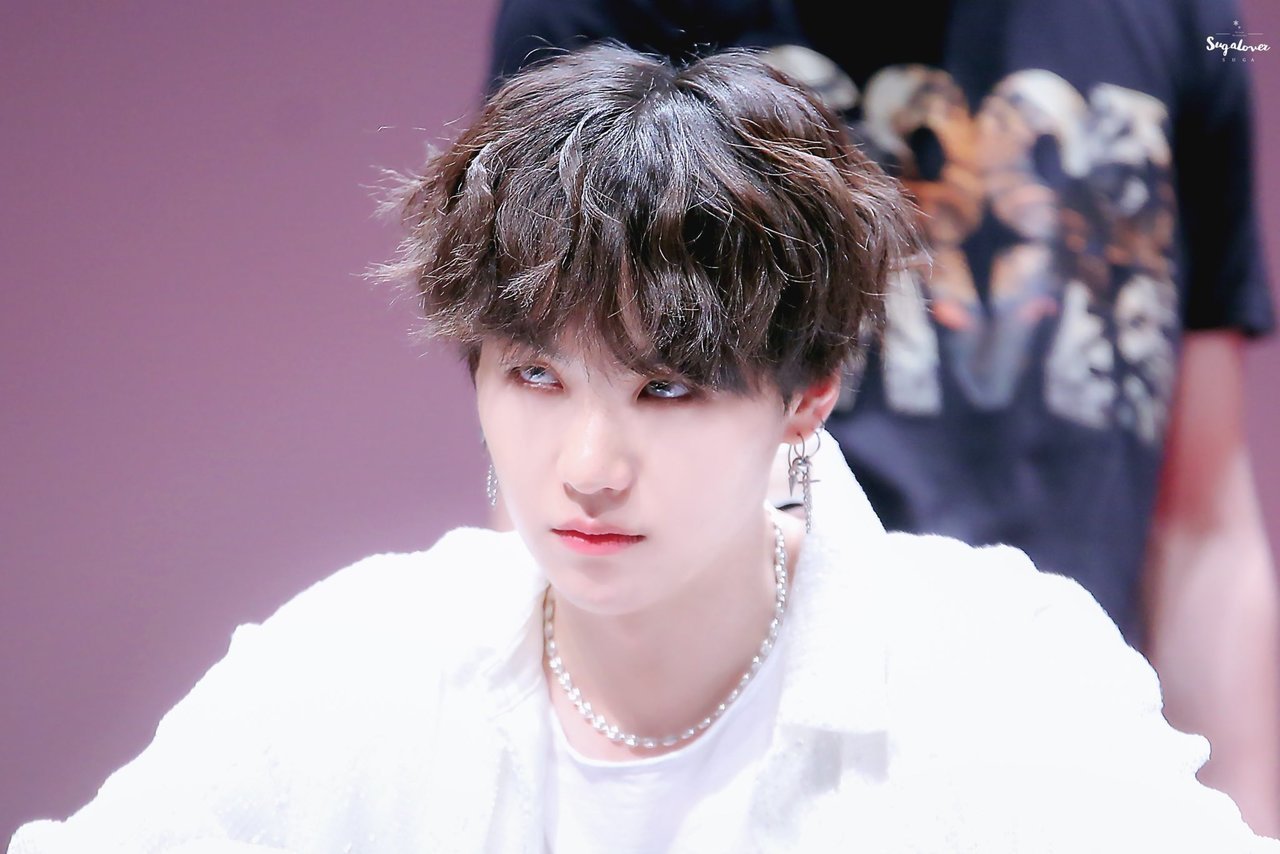 Although Suga has sworn at his members for waking him up, and his death glare could make a glacier shiver, ARMYs know he’s 50% kitten and 50% marshmallow: a softy through and through. He also loves to have fun! 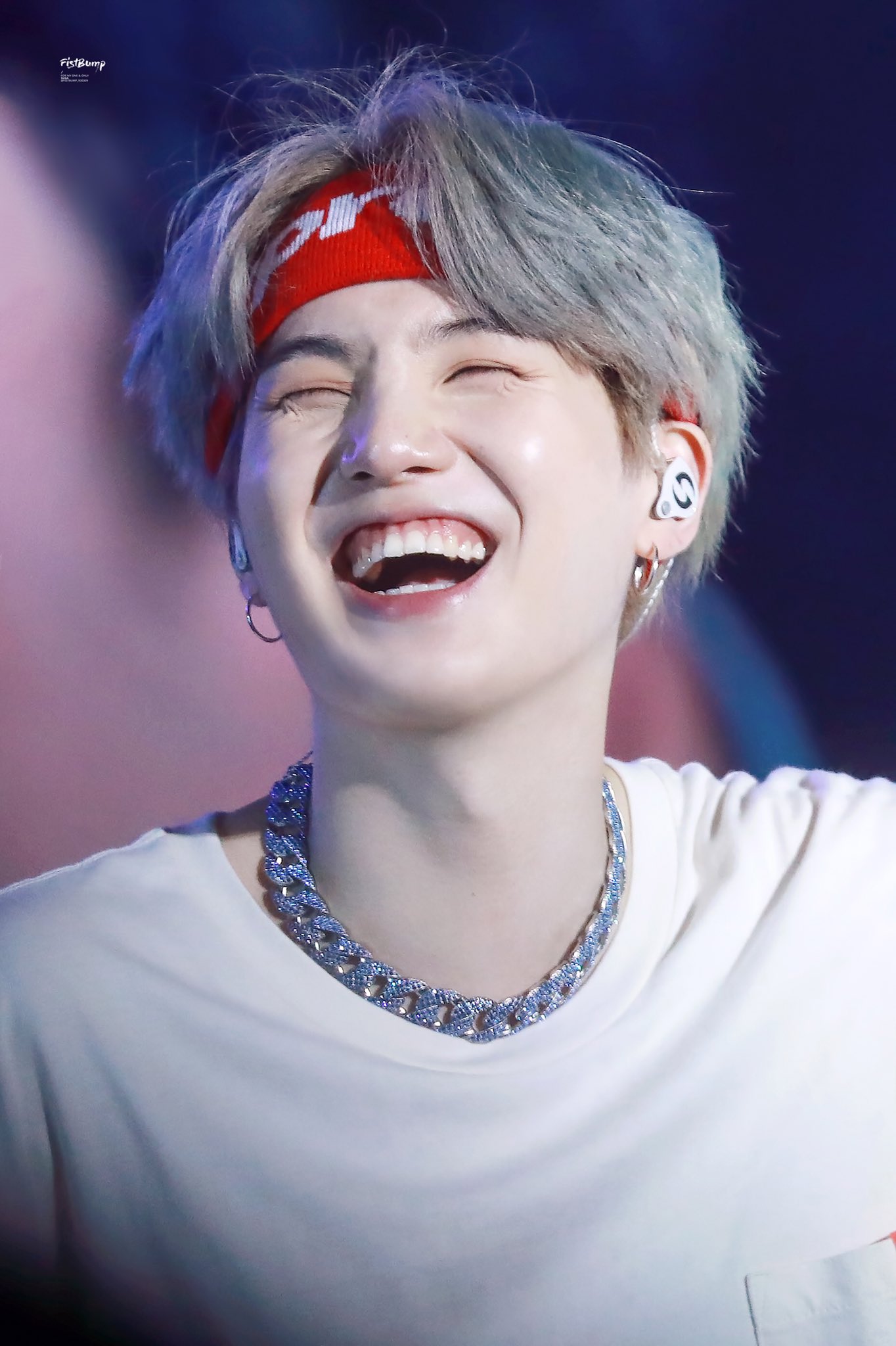 3. RM is arrogant and self-centered

If you’ve only ever seen BTS in interviews, it may seem like RM is running a one-man show. As the group’s leader and sole (fluent) English speaker, he does most of the speaking abroad, but this has given some people the wrong impression. 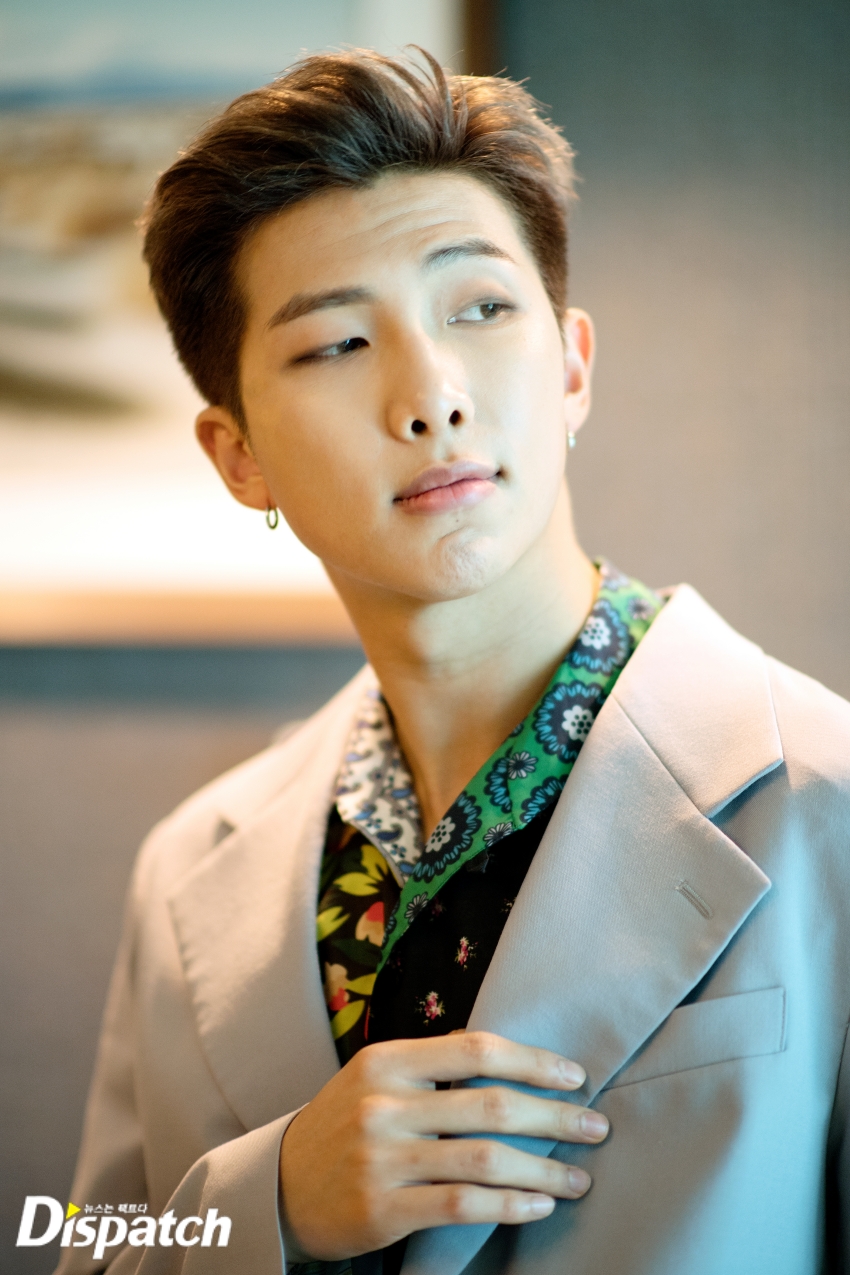 RM always takes his members into consideration. He encourages them to speak their minds and helps them communicate what they want to say. Members who are shy or don’t feel confident about speaking depend on RM to take the lead. Behind the scenes, RM teaches his members English and coaches them through questions. 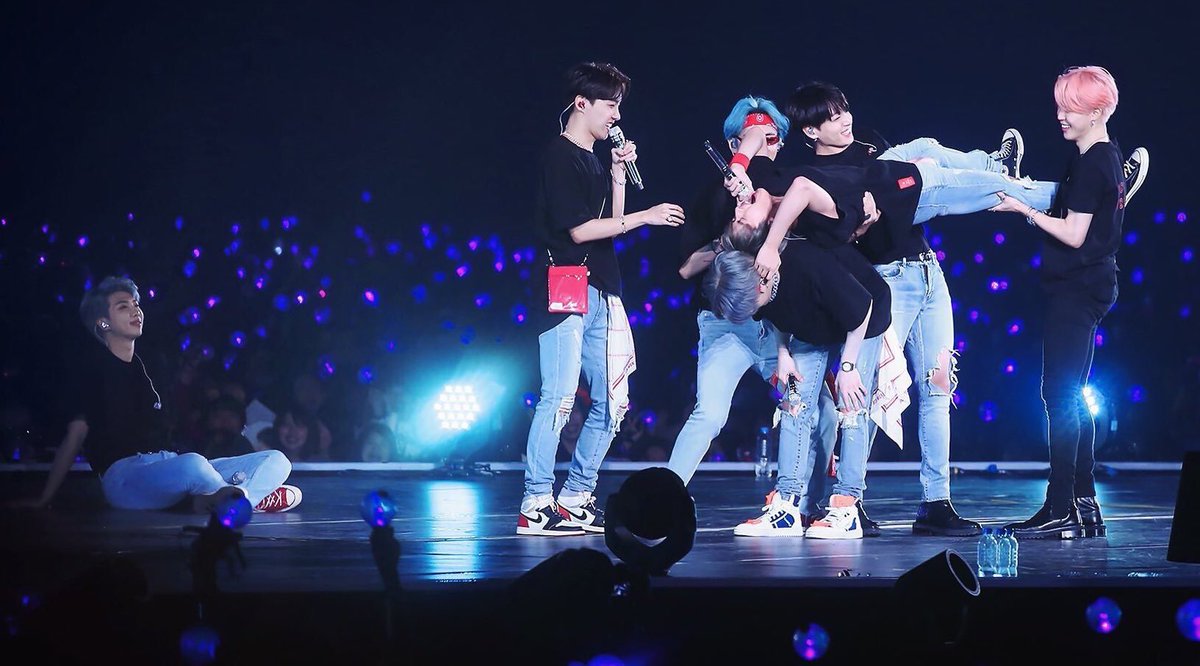 4. J-Hope is always silly and hyper

Like Jin, J-Hope uses comedy to brighten the mood and make everyone laugh. He may seem like he doesn’t have an “off” switch, but he can go from silly to serious at the moment’s notice. 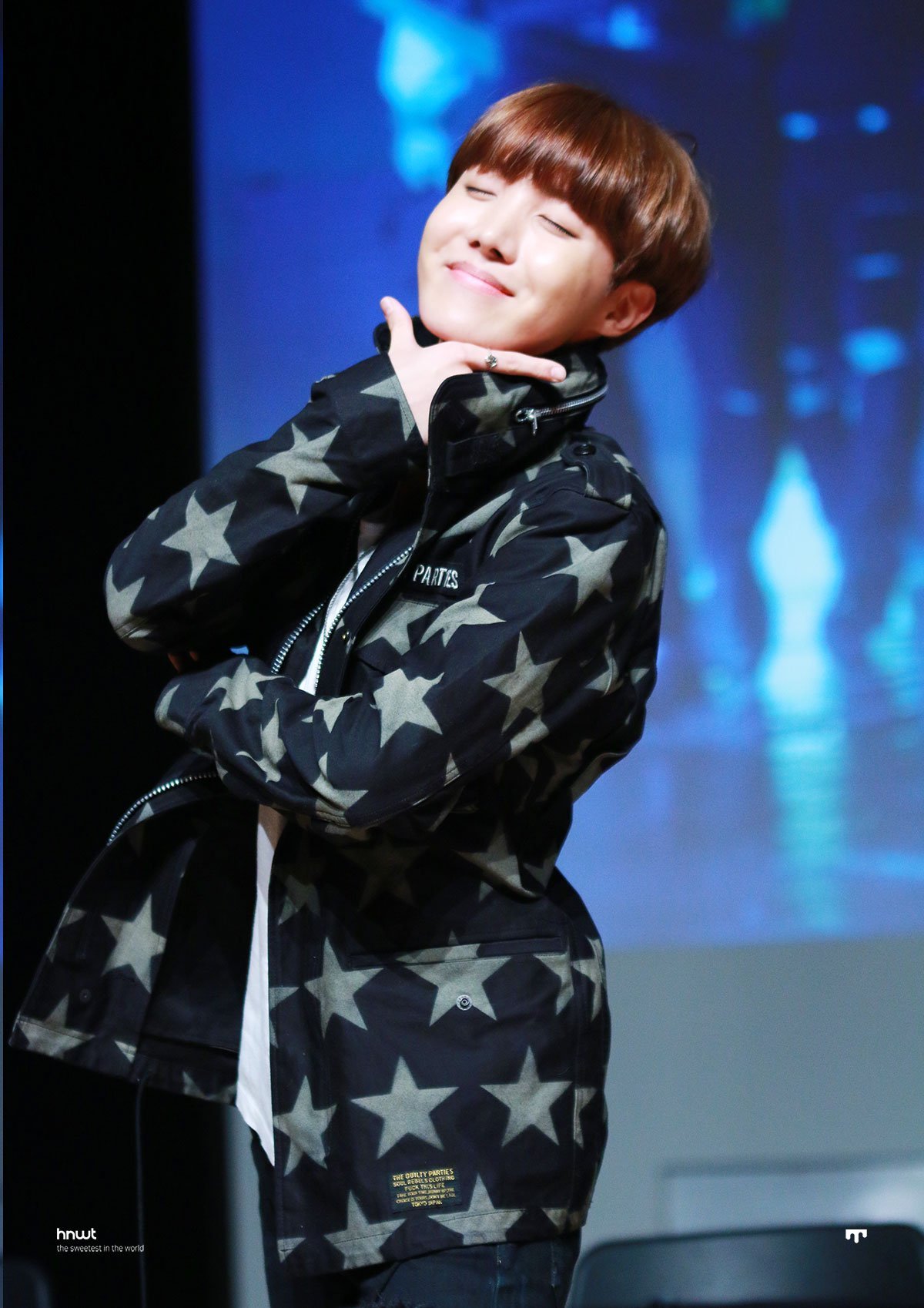 J-Hope isn’t BTS’s official leader, but he does co-lead the group with RM, especially during rehearsals. Dance teacher J-Hope is completely different from the J-Hope people see on variety shows and on stage. He is a focused, eagle-eyed perfectionist who helps everyone perform at the top level. 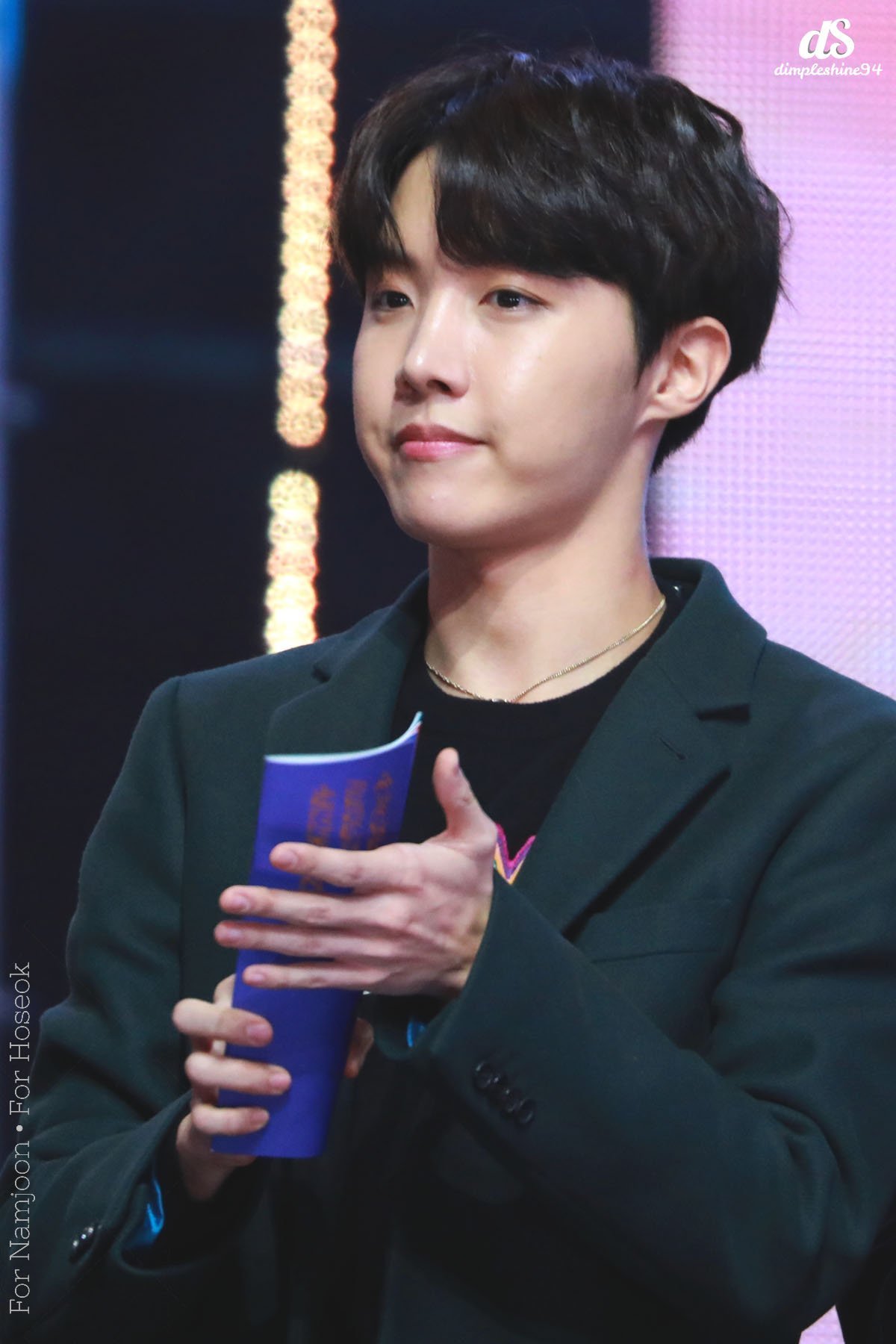 5. Jimin is the youngest member

If any member has people confused about his age, it’s Jimin. 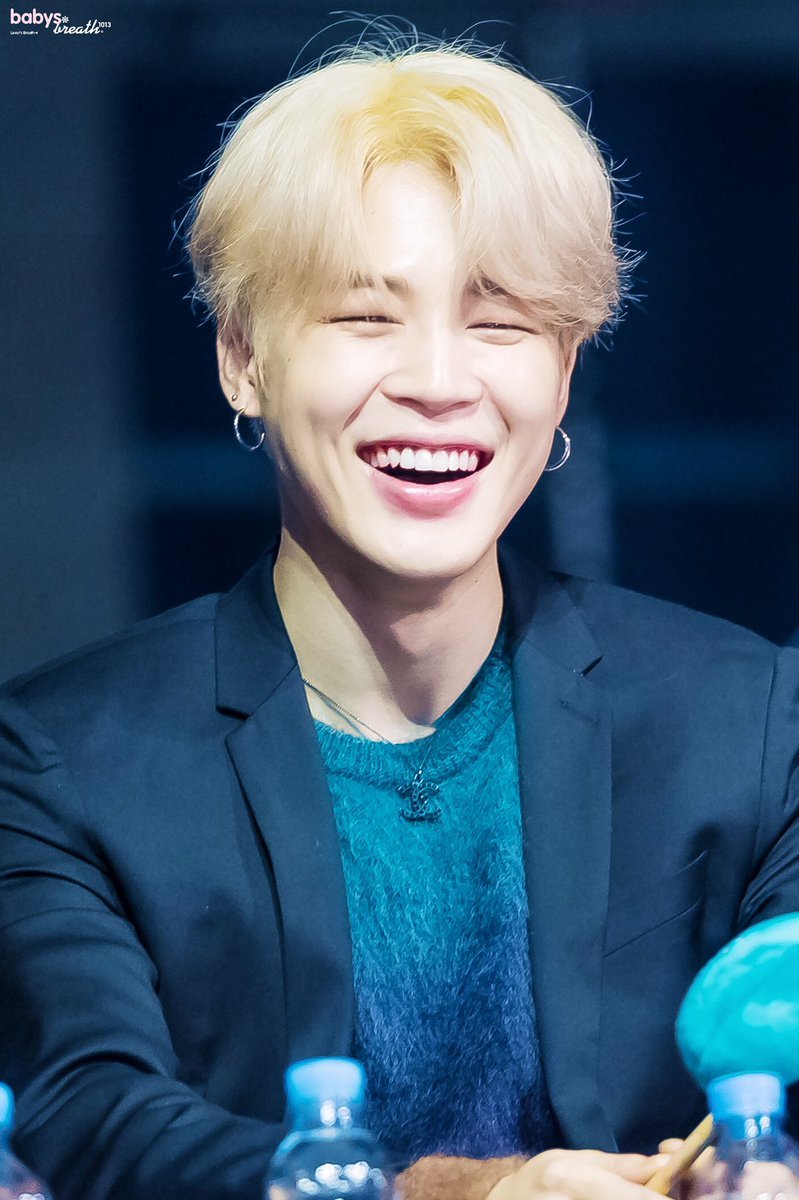 His adorable personality and youthful looks cause many people to mistake him for the maknae, but he’s actually older than V and Jungkook. 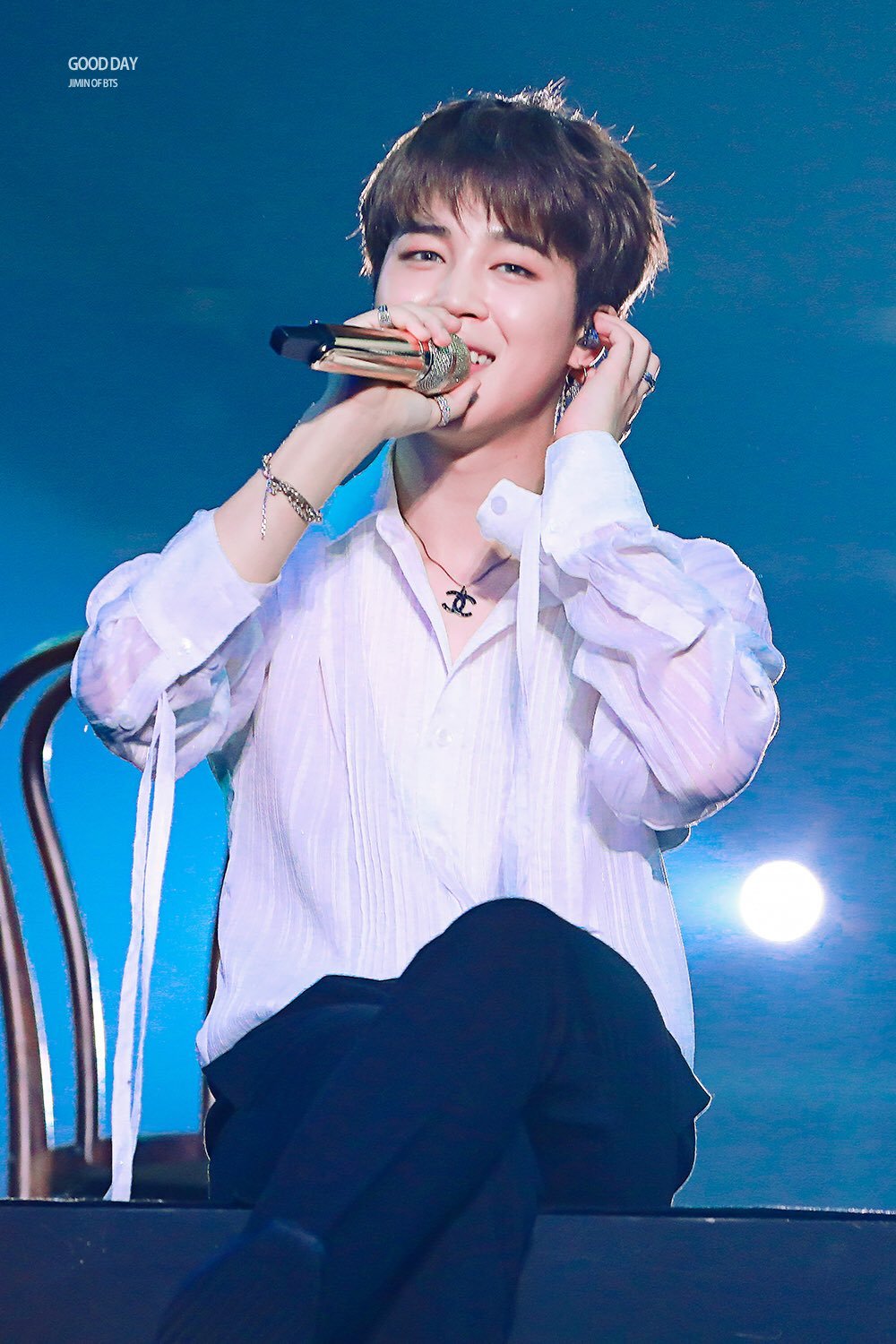 V’s unique way of looking at the world and expressing himself has caused some people to see him as alien-like or strange. During BTS’s early years, he was even called “4D”. 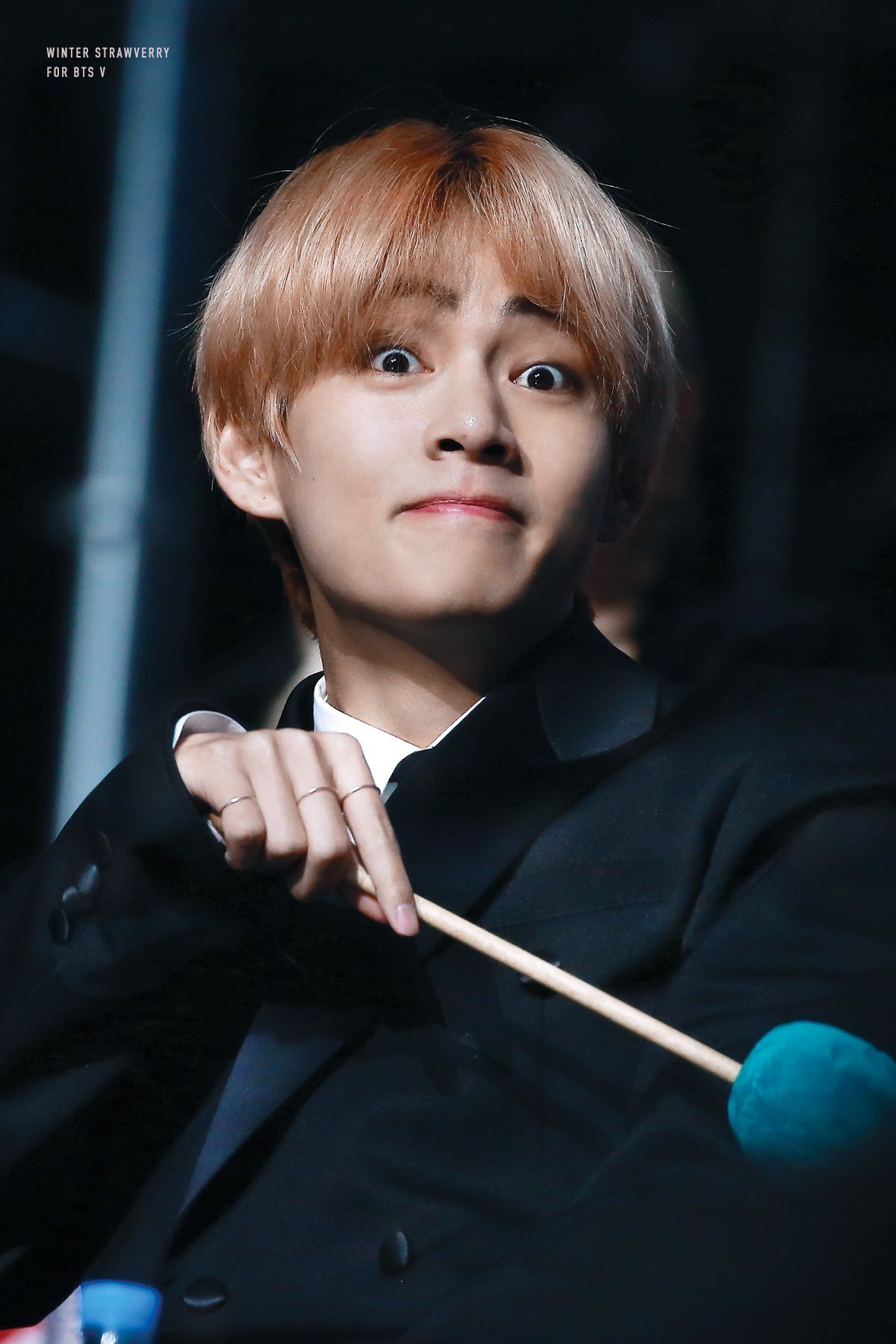 In reality, V is a highly intelligent artist with a multifaceted personality that evades definition. His way of thinking is one of a kind, but there’s nothing “alien” about him. 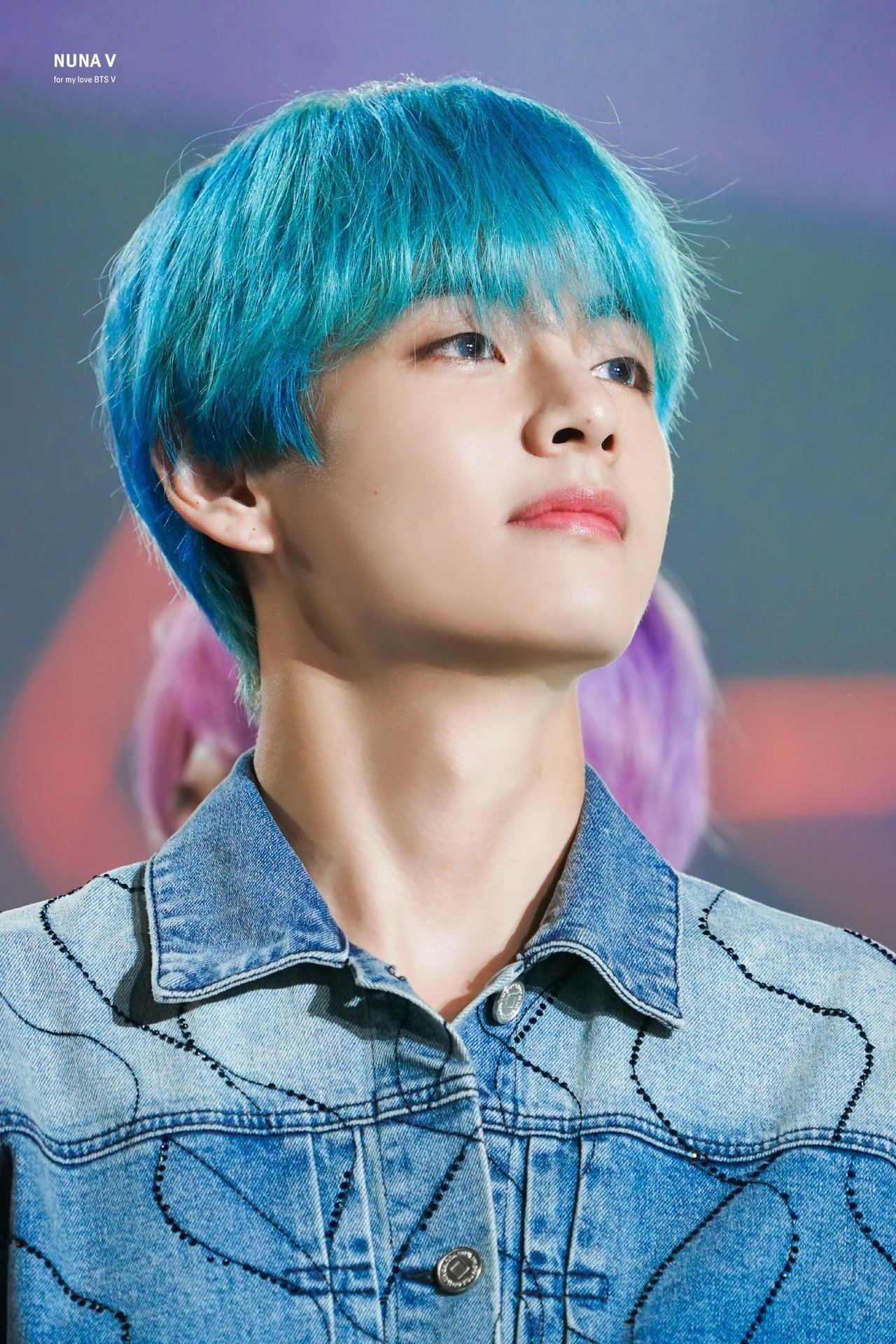 False! Jungkook is shy and introverted. The Golden Maknae comes more and more out of his shell every year, but he can still be reserved in interviews and around strangers. His quietness is sometimes mistaken for aloofness, but that couldn’t be less true. 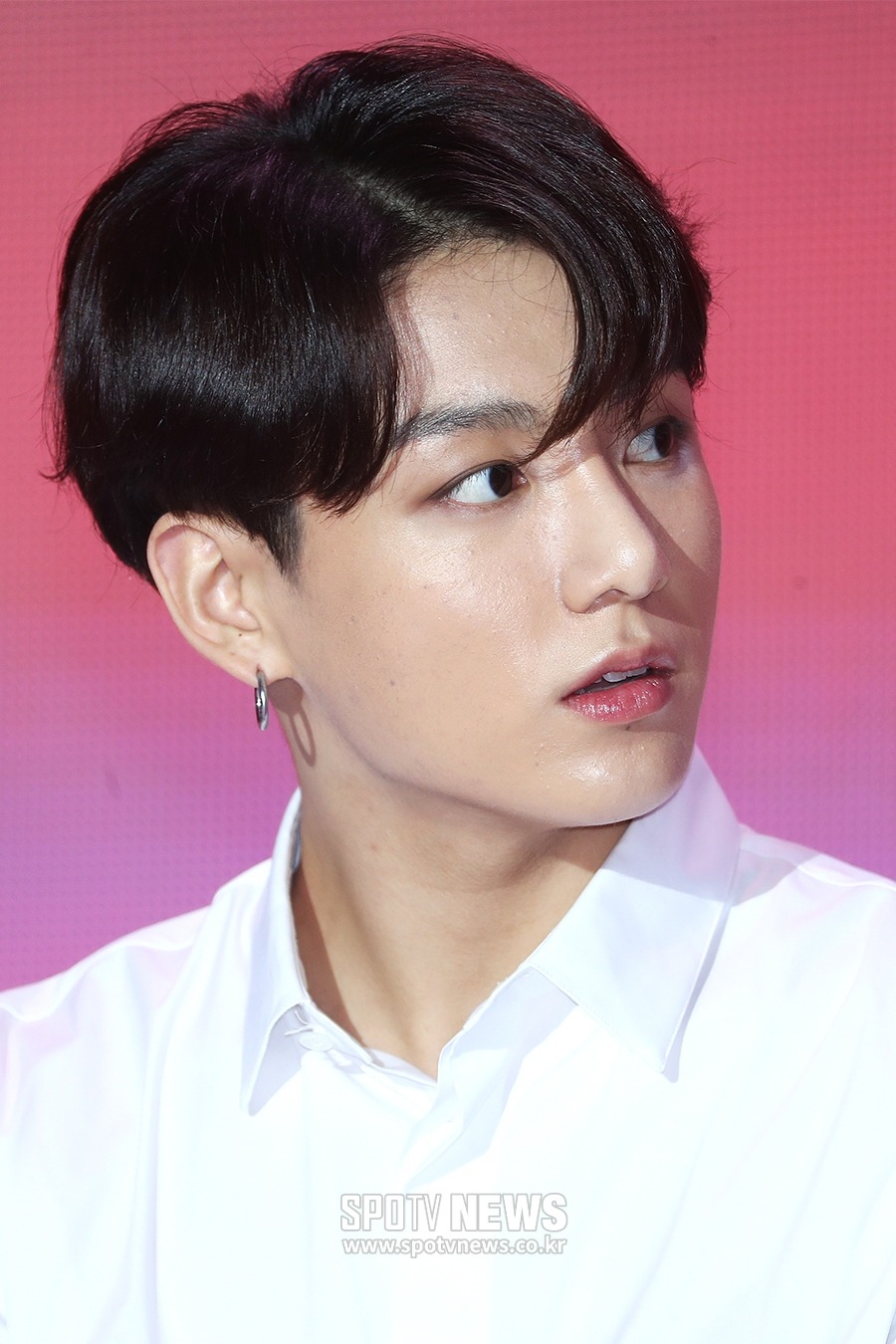 When Jungkook is around people he knows well, he’s very open, loud, and very friendly! 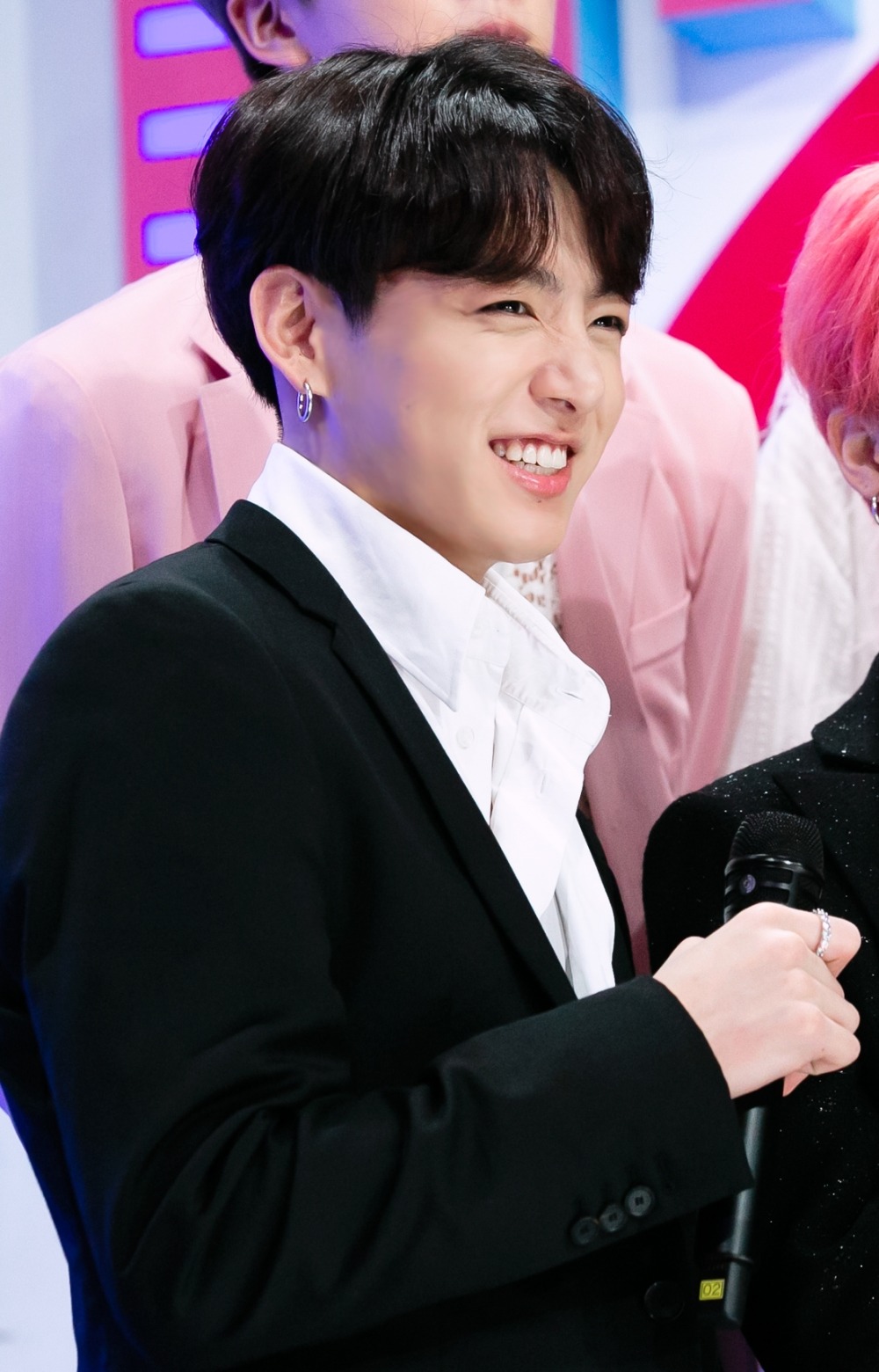 Jin can be immature when playing around, but that’s all fun and games. When he joined BTS he went from being the youngest in his family to the oldest in his group. Jin accepted this responsibility and he’s been taking care of his members since day one! 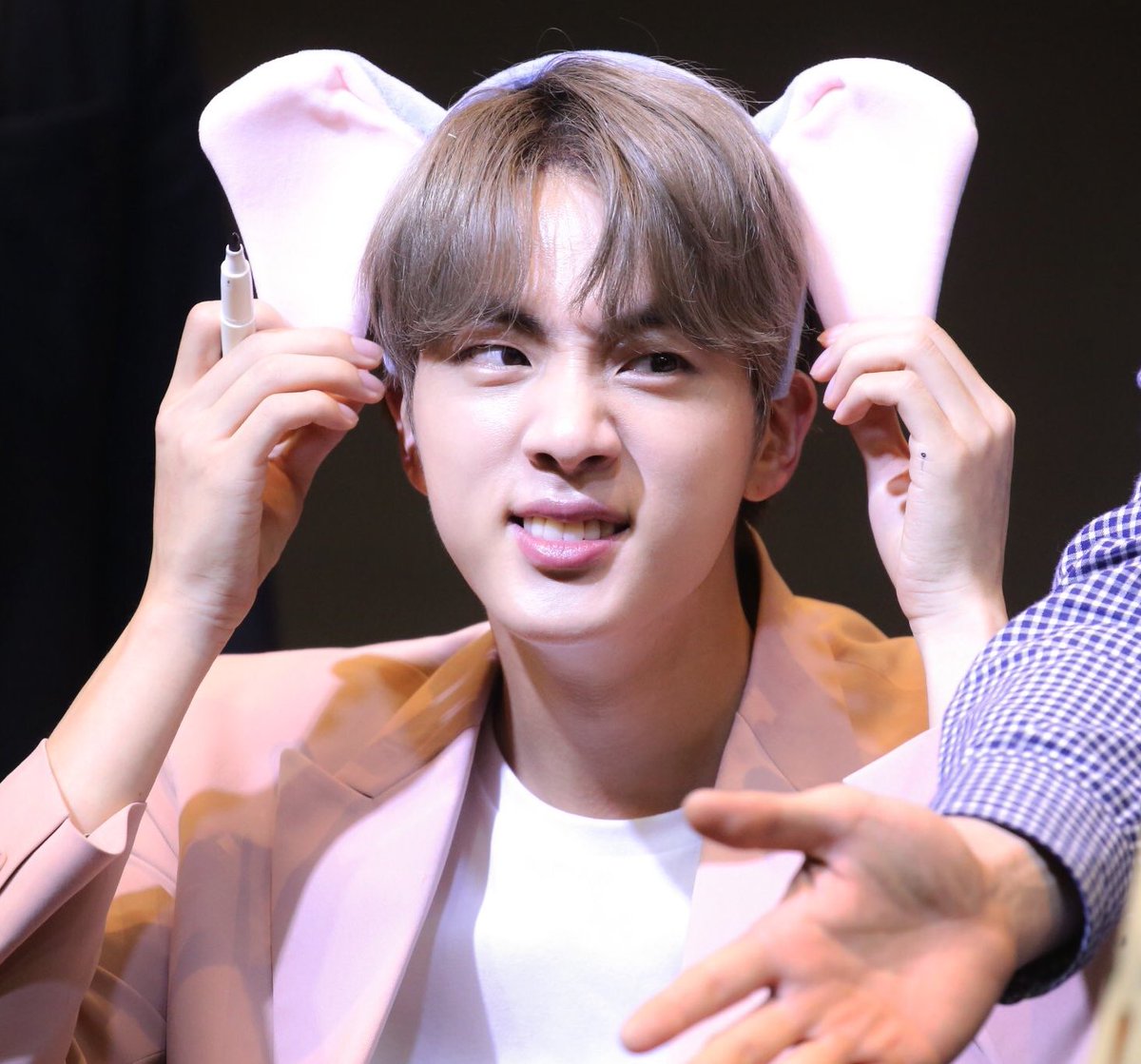 9. Suga is the most savage BTS member

This may have been true in the past, but nowadays, he’s much softer. His perceived savageness usually comes from his blunt, practical way of speaking. These days, Jin sits on the Savage King’s throne, but any one of the members can wear the crown, depending on the situation. 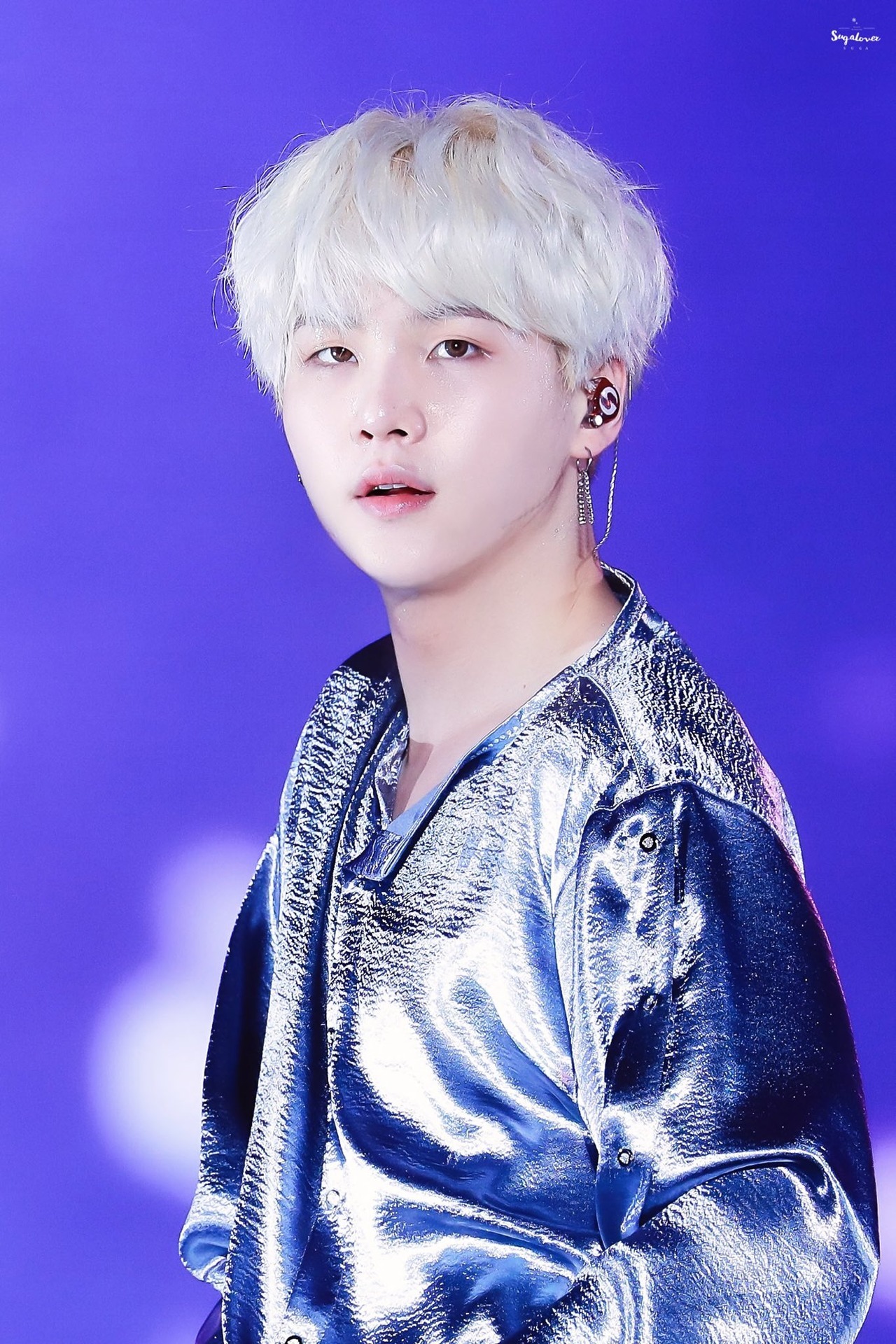 In the early days, RM had an image heavily influence by hip-hop fashion and culture. Some people also thought he had an overly masculine, even macho, personality. 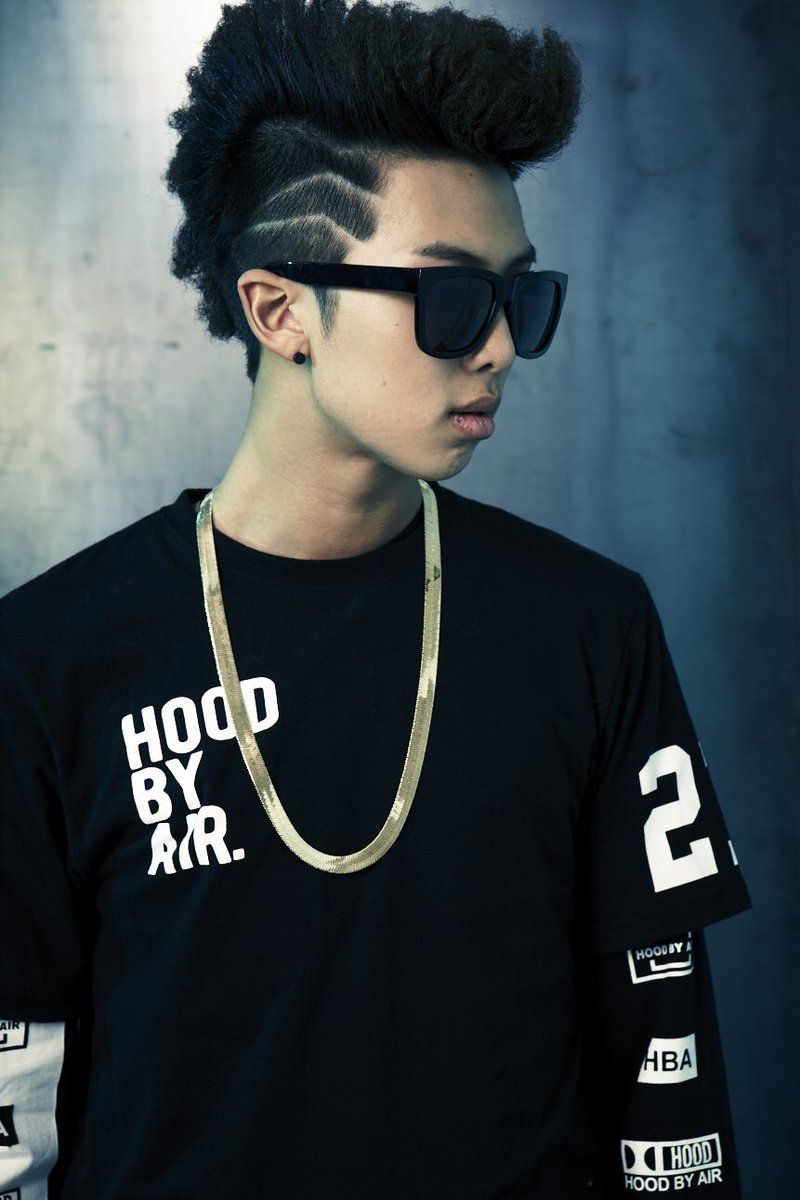 In reality, RM is a kind and patient intellectual with the heart of a poet. He has a passion for art and beauty that goes completely against the rapper stereotype. 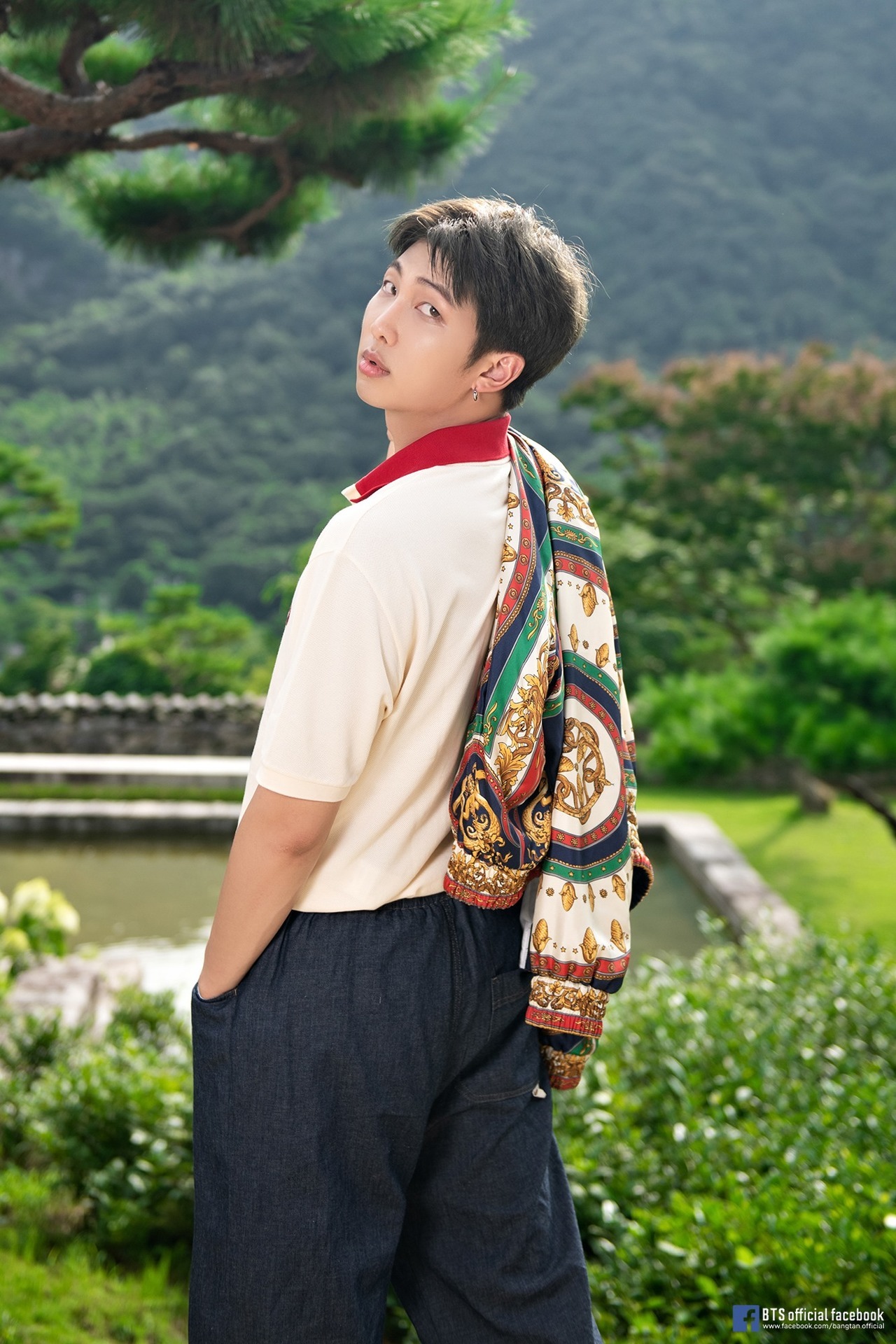 11. J-Hope is the most cheerful member

J-Hope brings laughter and light wherever he goes, but that hasn’t always come naturally to him. In the past, his members described him as the least cheerful member. J-Hope has credited his stage name with helping him to become the bright, beautiful person he is today. 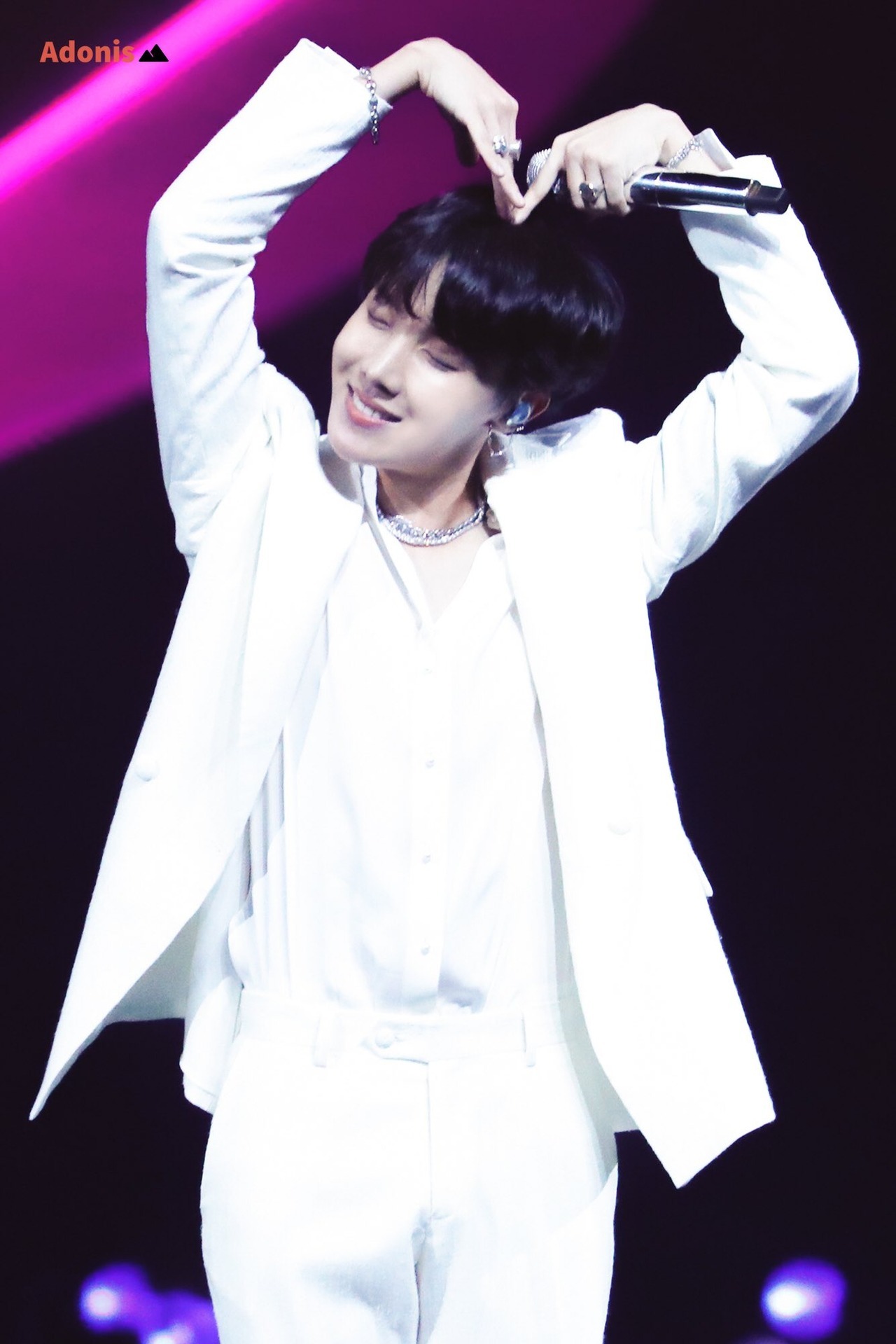 12. Jimin is an attention seeker

Although Jimin enjoys being center of attention, he happily shares that attention with his members. In fact, he wouldn’t want to be in it without them. Jimin loves being close to his members, and he feels extremely lonely without him. Some people mistake his “clinginess” for attention-seeking, it’s just how he shows his members how much he loves them. 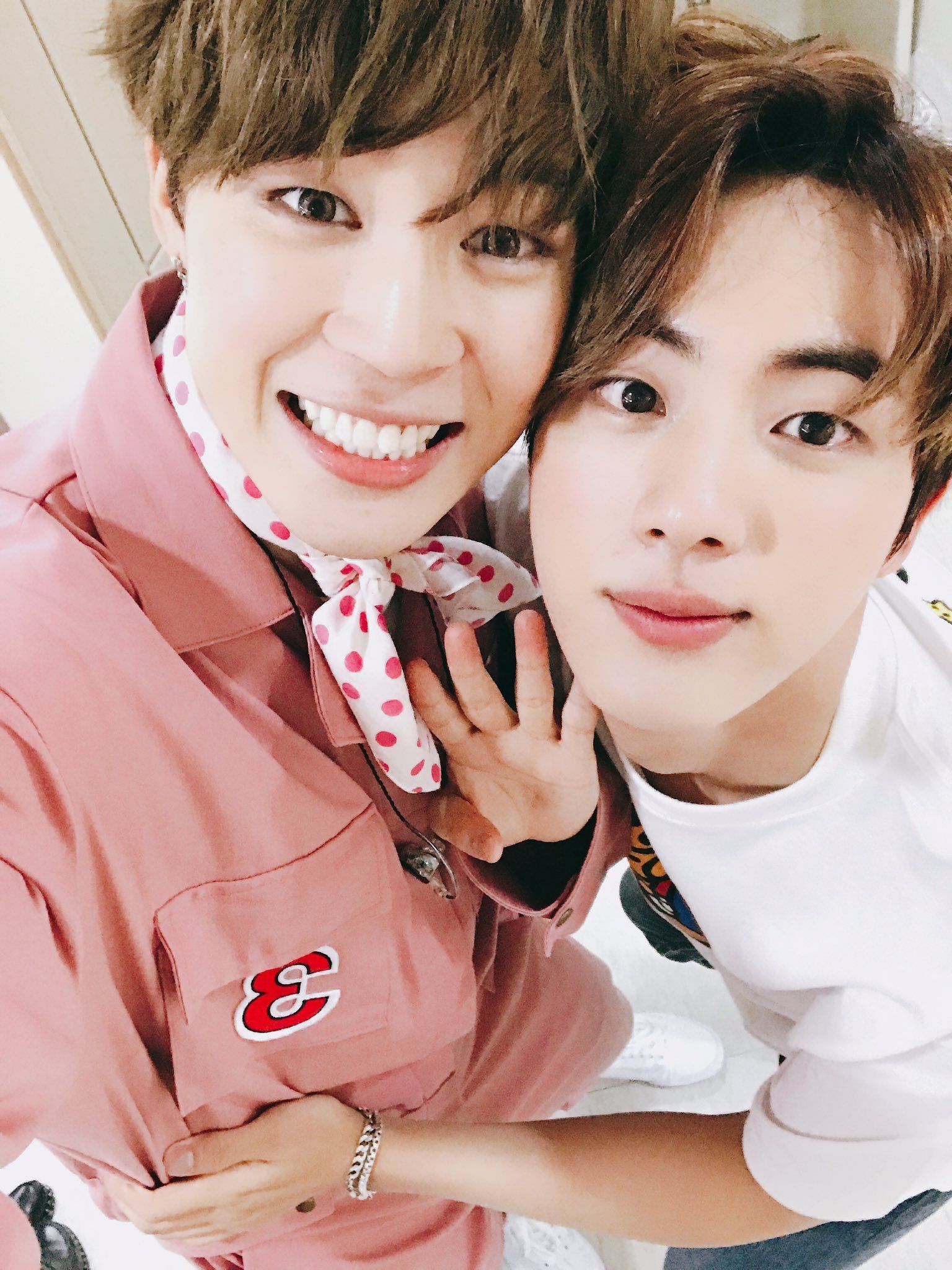 13. V is cold and unapproachable

Extremely beautiful people like V are cursed with appearing cold. V’s visuals can give him a chilly aura, but that all changes as soon as he smiles! 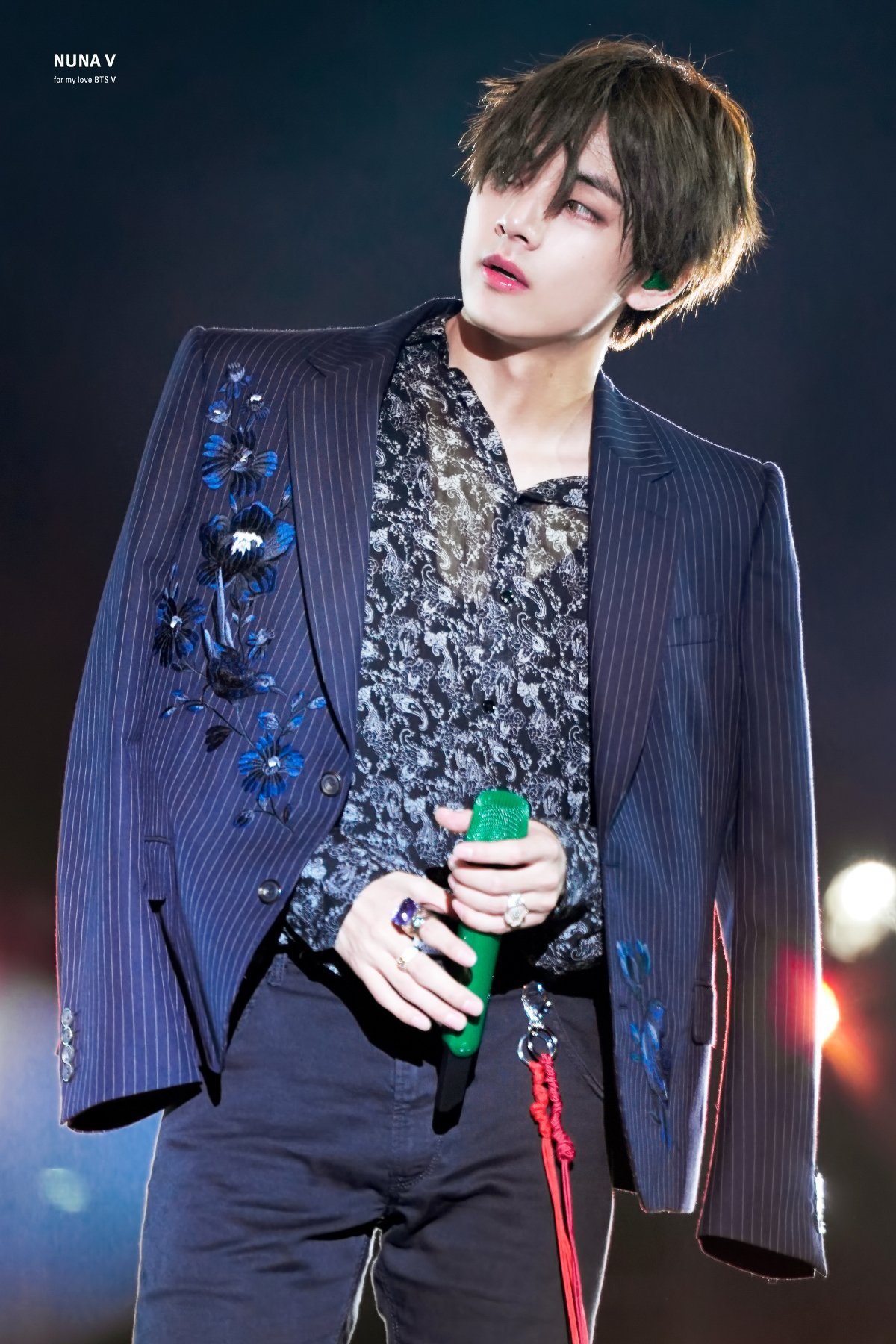 14. Jungkook is afraid of girls

Again, the shyness! There are plenty of clips that show teen Jungkook’s “fear” of girls, but that fear is most-likely just nerves. In general, Jungkook is somewhat shy around strangers, but he has become much more outgoing with both men and women. Just check out this photo with Halsey! 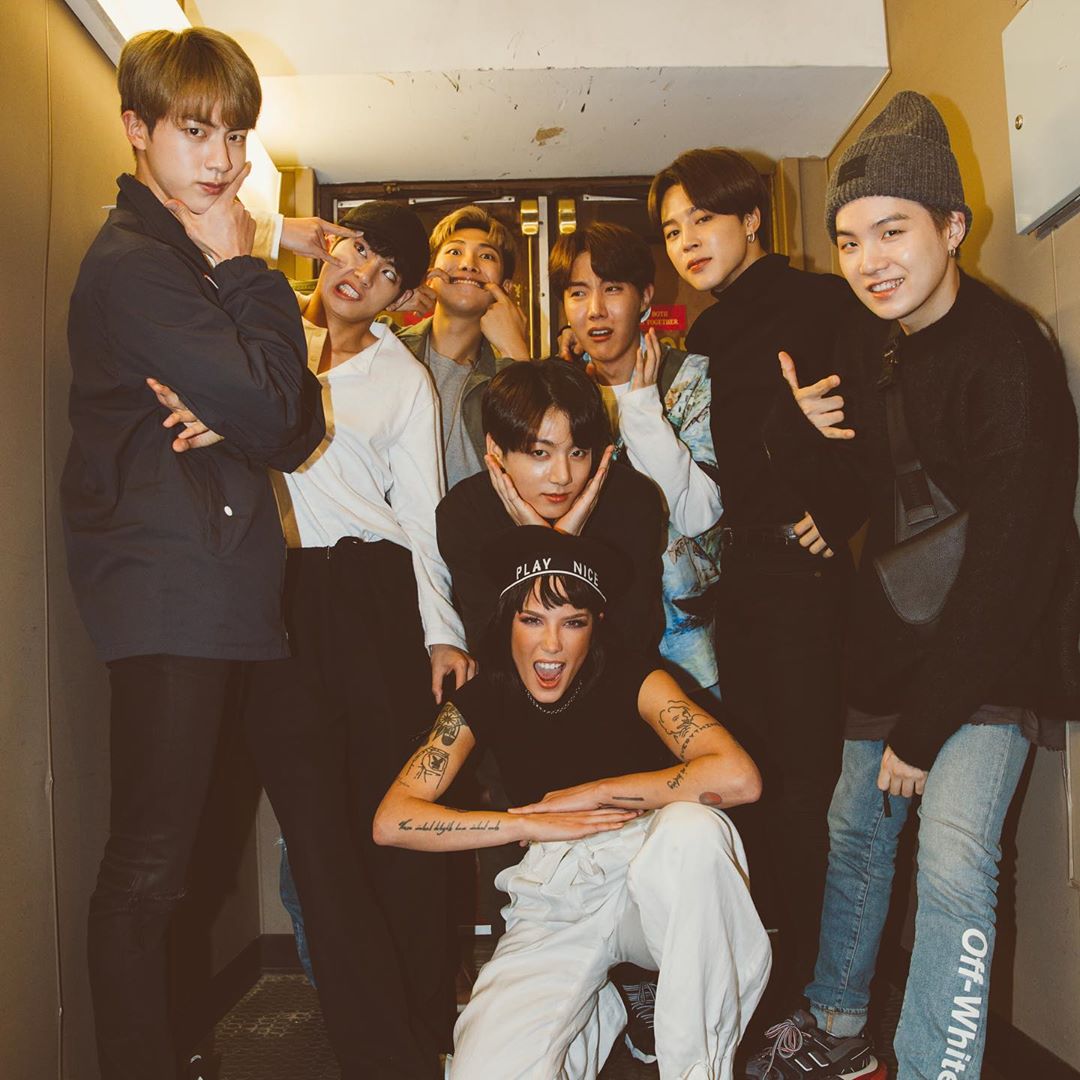 15. BTS is an overnight success

False! False! False! BTS’s story is that of the underdog. To new fans, and the general public, it might seem like BTS achieved instant success, but it took blood, sweat, tears, and hard work for them to become superstars. 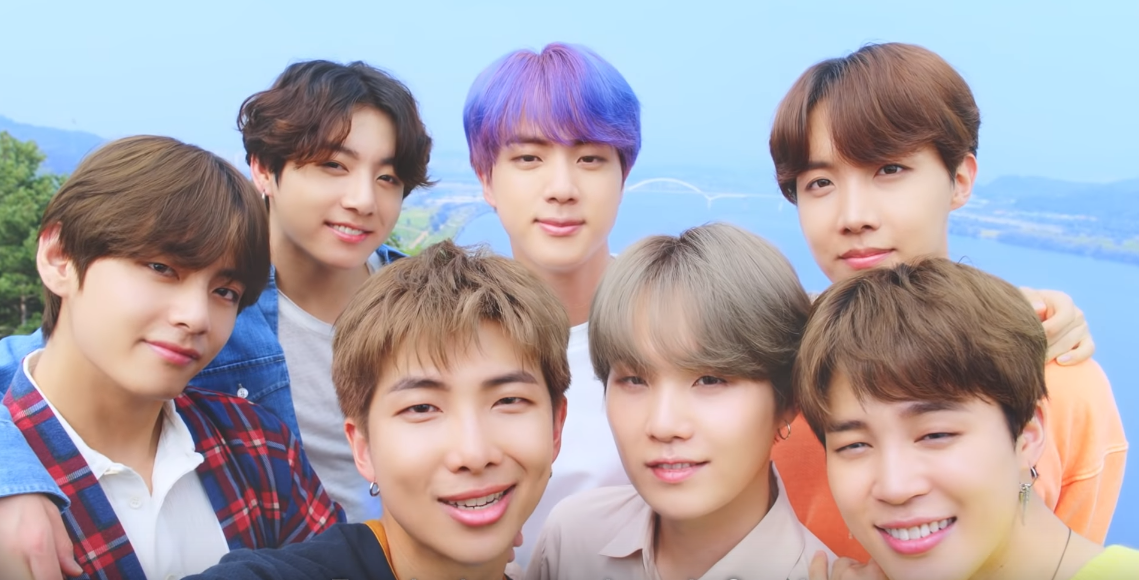