People are great, but let’s be honest: dogs are better. Way better. These idols love their members like family but, as dog parents, they can’t help loving their fur kids just a little bit more! 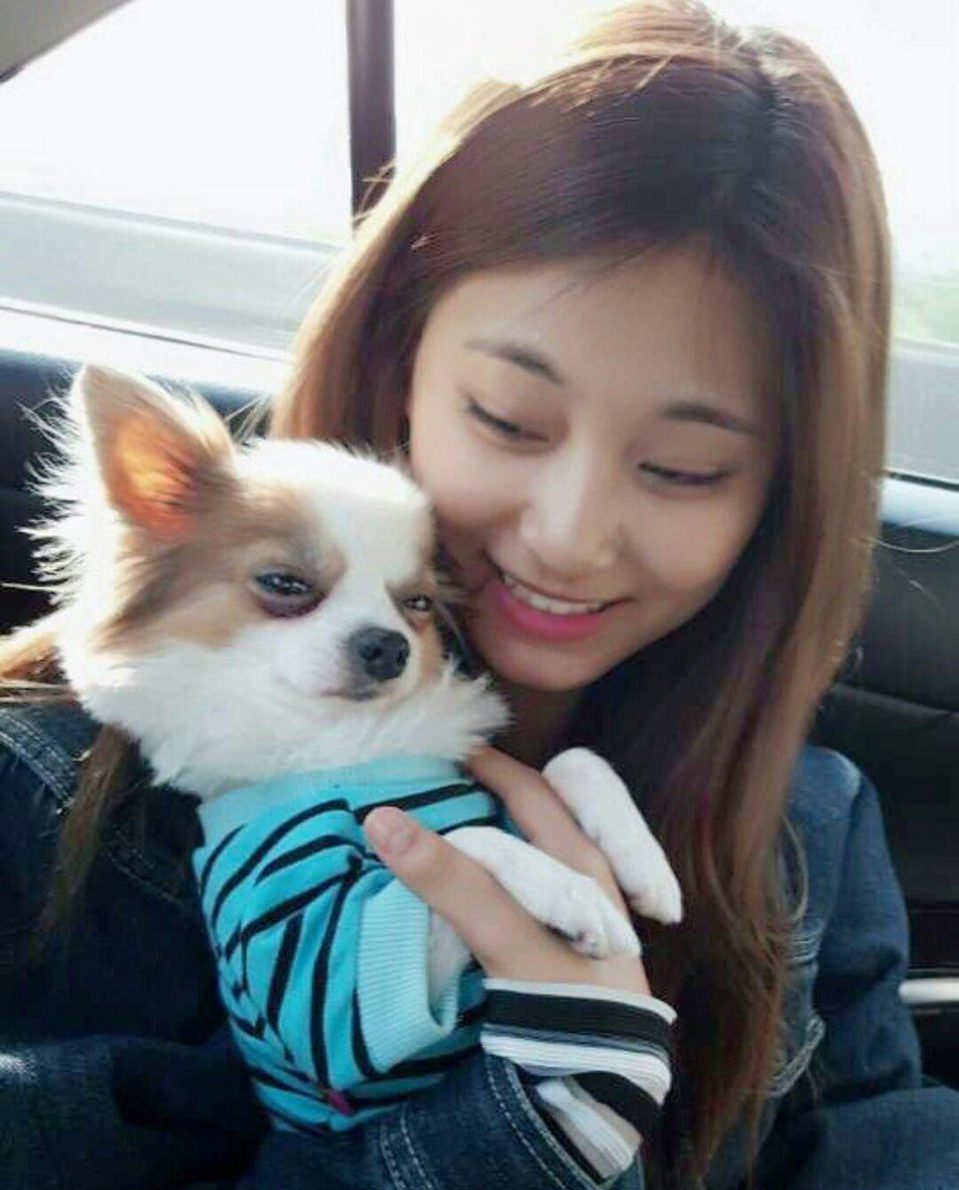 Tzuyu adores all her canine friends, but no dog makes her light up as much as her Pomeranian, Gucci. 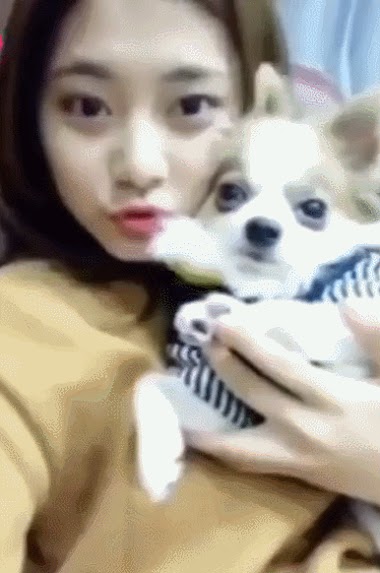 These two have been friends since Tzuyu’a pre-debut days. Sadly, Gucci recently passed away after spending over a decade with Tzuyu and her family. 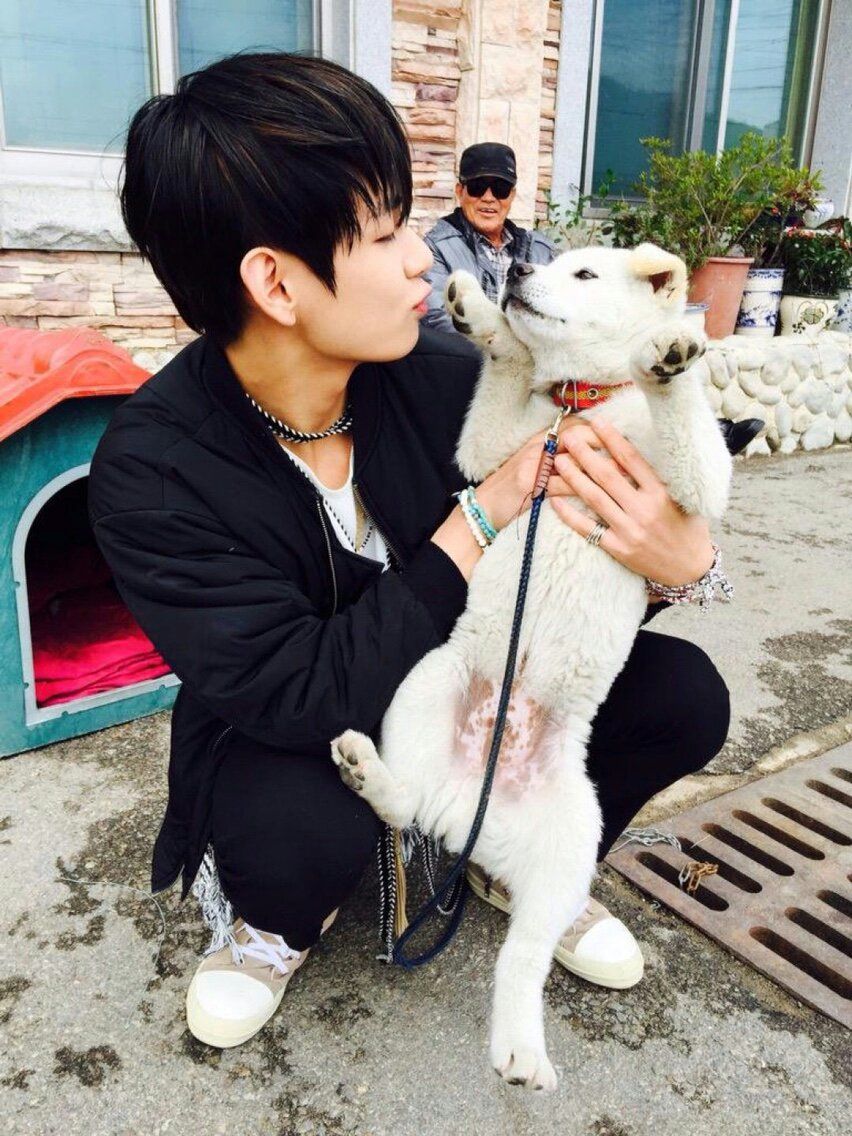 V is a huge puppy lover! He has three dogs, though only two have been on camera with him. The bigger one of the two white fluffies is called Soonshim… 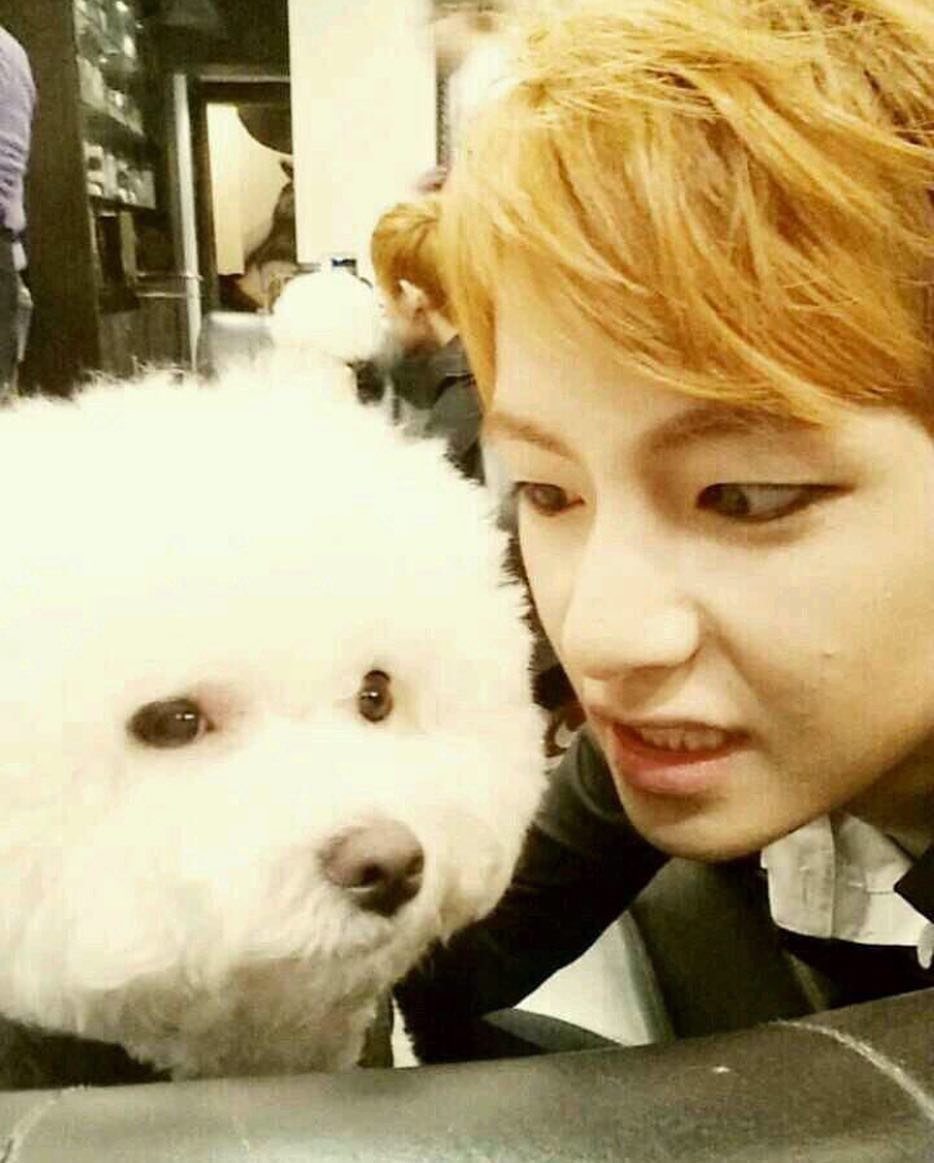 …and the smaller one is Ssyongssyong. 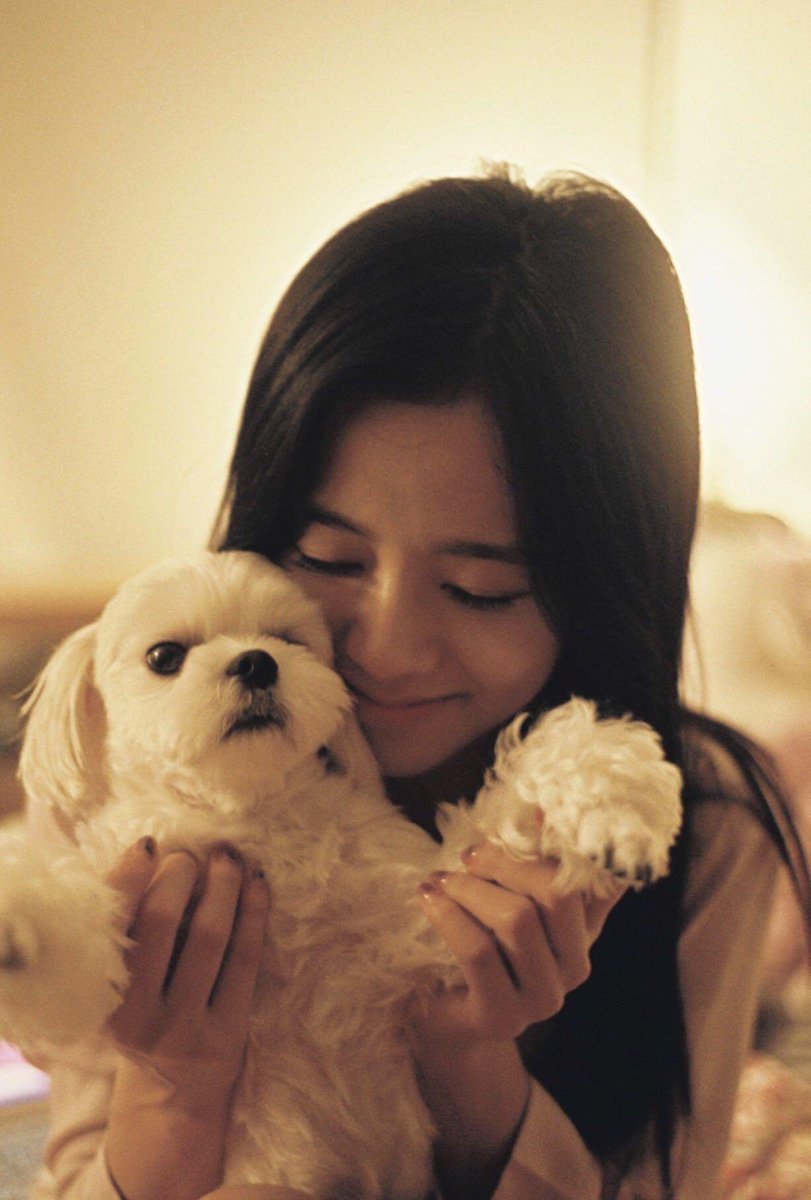 Jisoo loves her dog so much that she occasionally refers to herself as Dalgom’s mom on Instagram posts. Dalgom loves his “mom”, but he isn’t always a big fan of his Aunt Lisa, probably because she always wants to play more than he does! 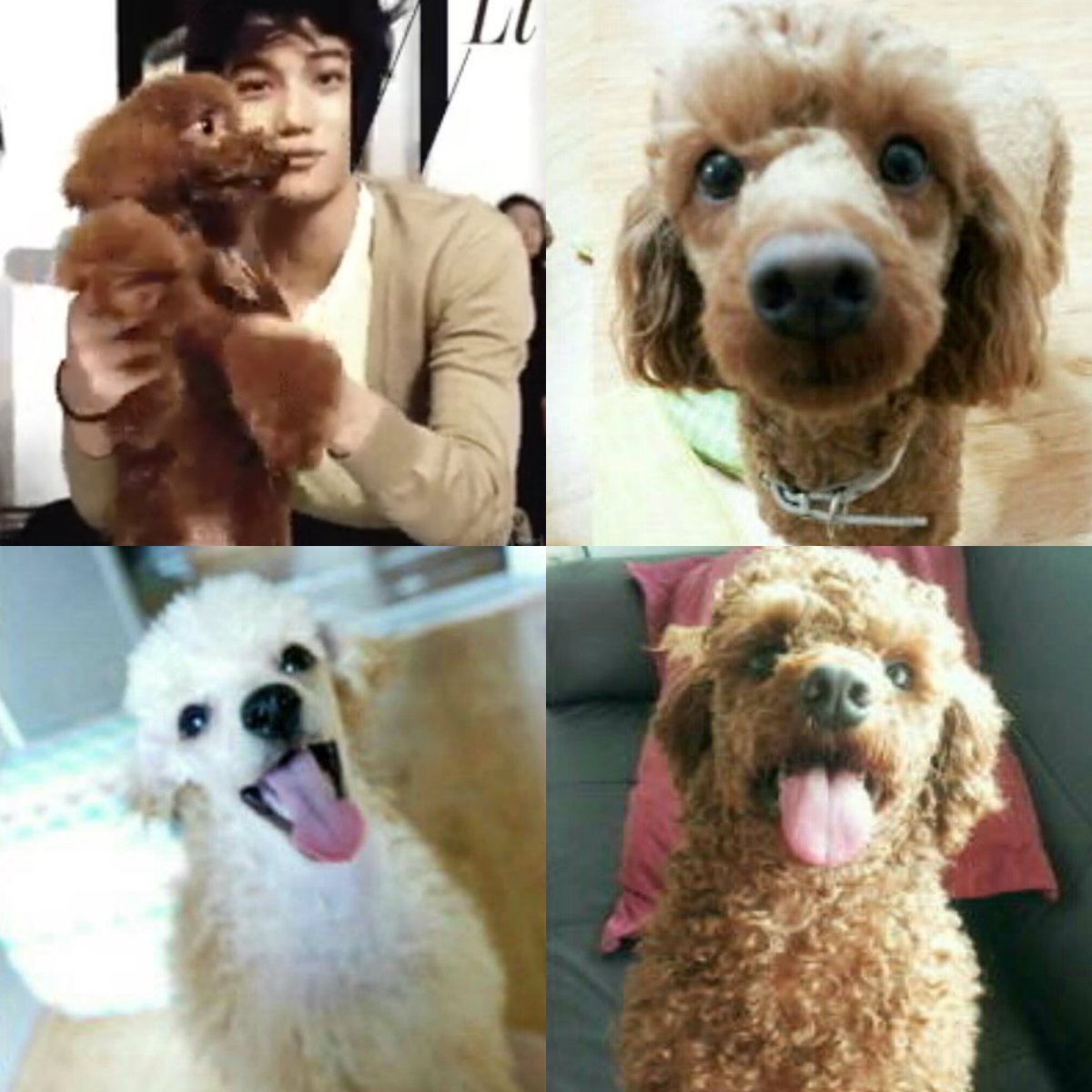 One dog just isn’t enough for EXO‘s biggest dog lover. Kai has to have three!

Jjangu is a toy poodle who appeared with Kai in a photoshoot during SM Entertainment‘s video series, W Live S.M. Fashionistas.

Jjangah is the maknae of the Kai pack and the only female. Like Jjanggu, she is an adorable toy poodle. 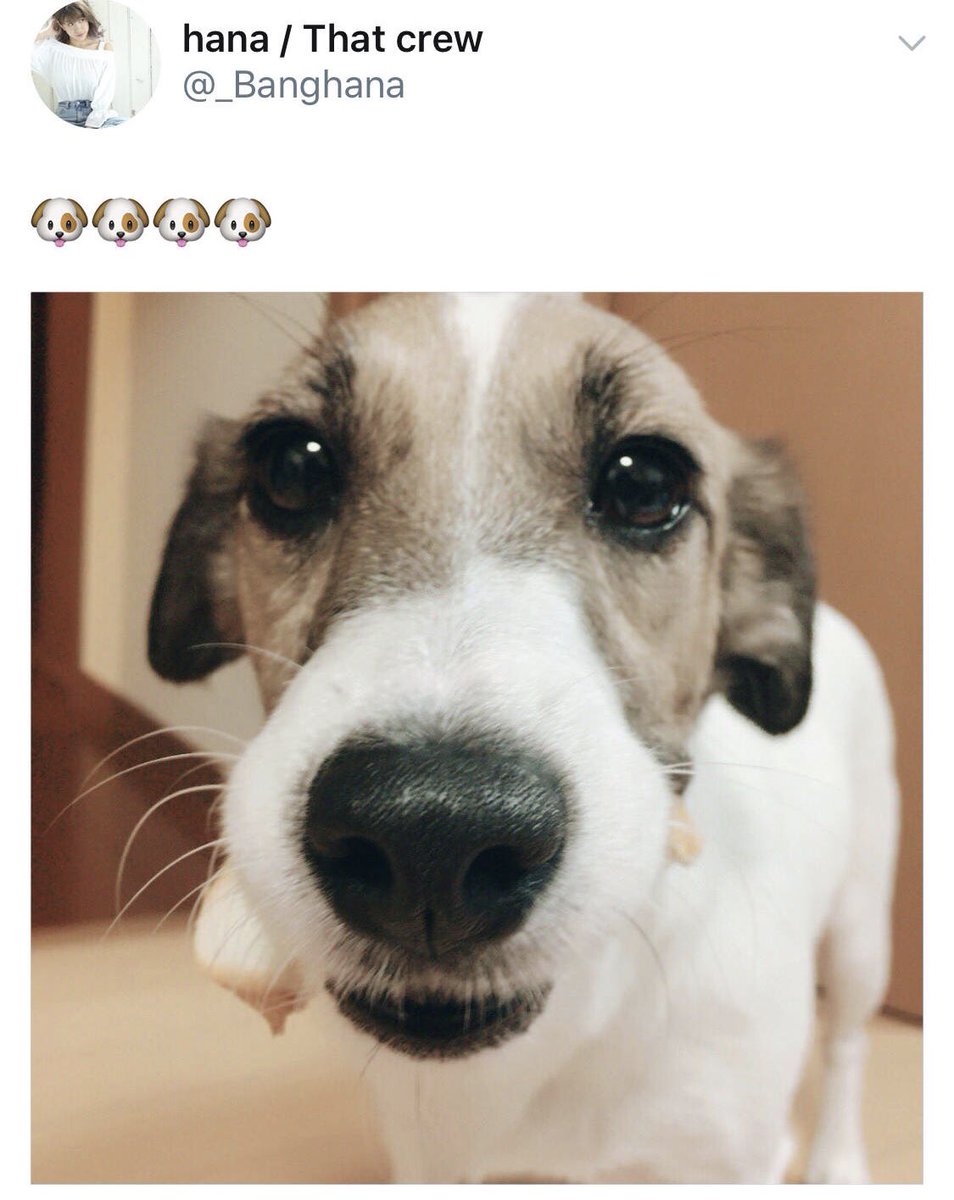 Despite being allergic to dogs, Momo and her family have three beautiful Jack Russell Terriers: Lucky, Pudding, and Petco.

Momo formally introduced Lucky to her fans via Instagram. 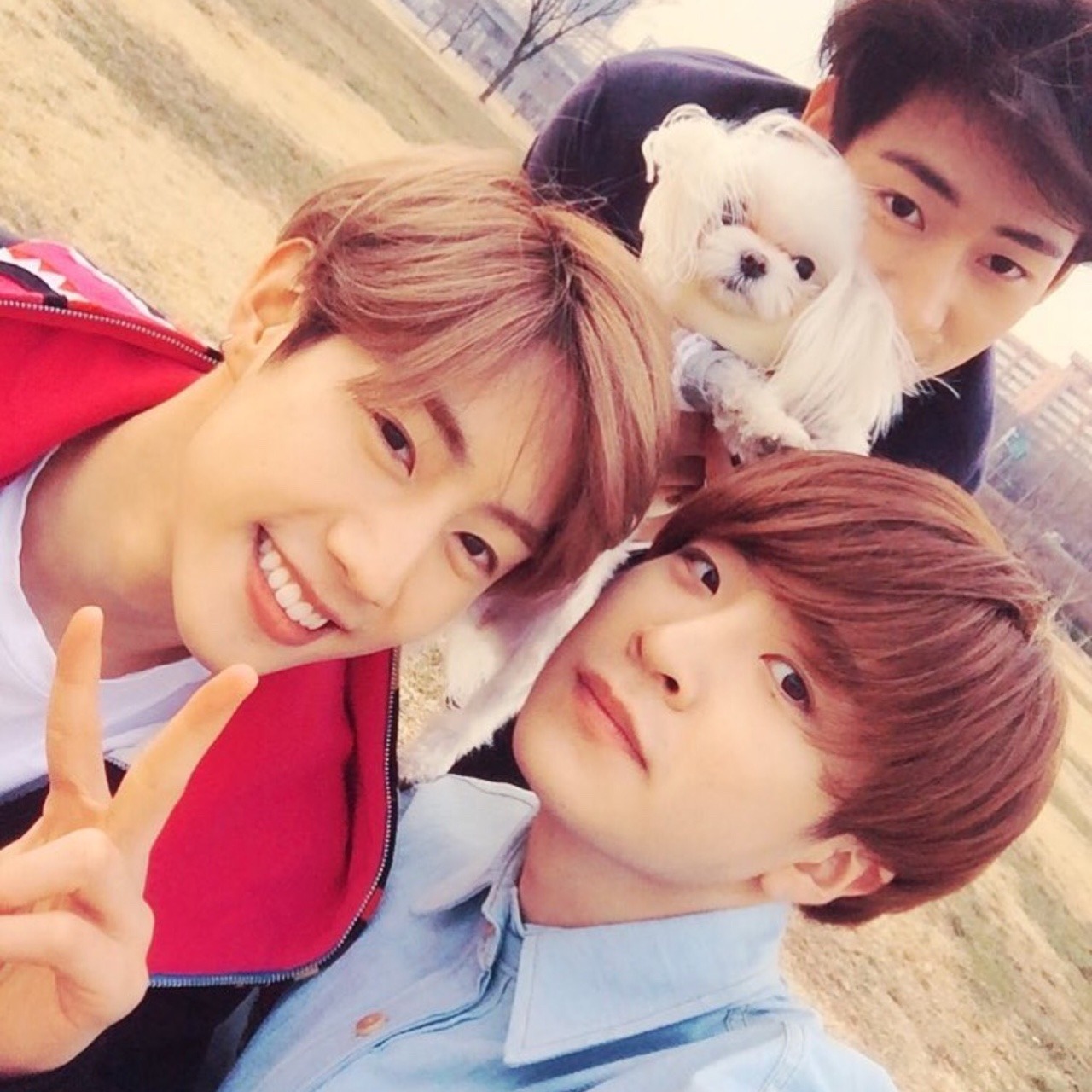 While most idols’ Instagram accounts are dedicated to photos of themselves, Youngjae’s is filled with pictures of Coco. He and Mark have decided to co-parent this cute pooch!

Having lived with GOT7 for years, Coco the dog is already well known to fans – having featured on several of their shows, videos, and photos. And she’s certainly not short of love, either.

How cute is Amber‘s tiny Yorkie? Too cute for words!

HOW ARE YOU REAL?!

Amber loves this furbaby like crazy and, fun fact… 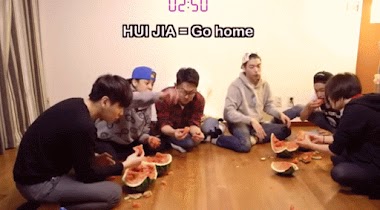 …he can speak Chinese! 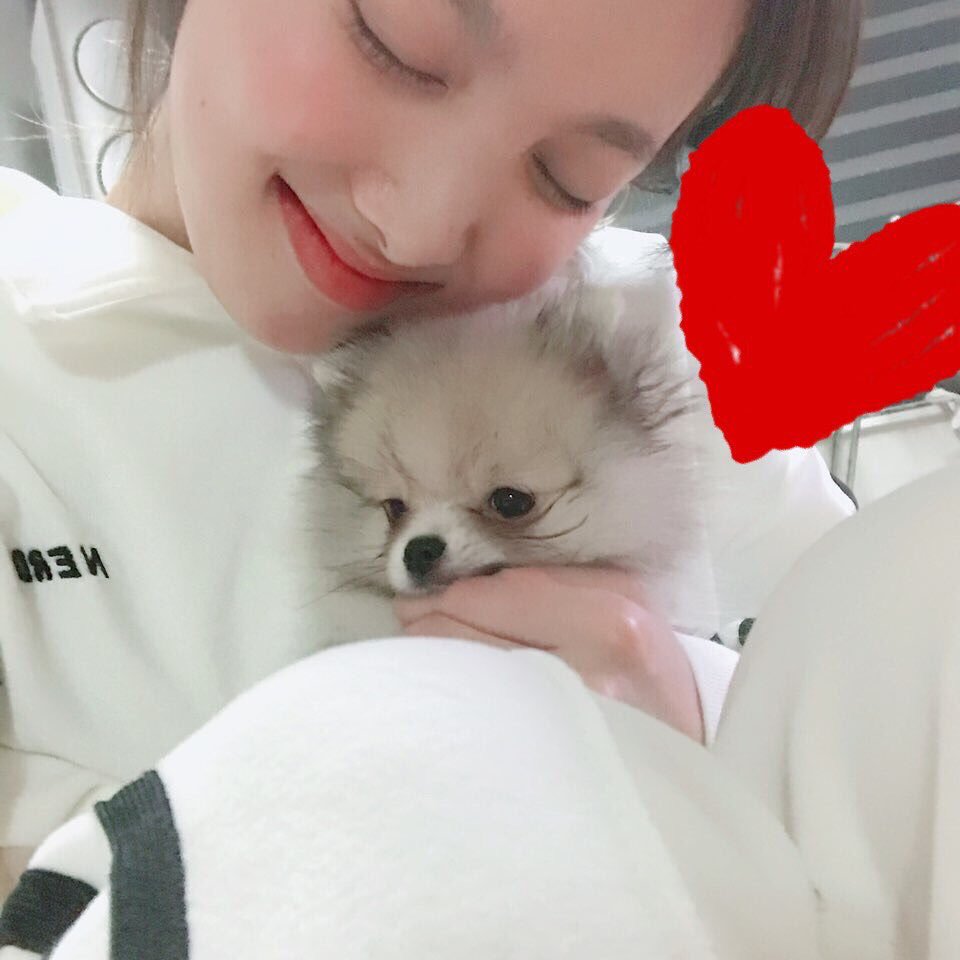 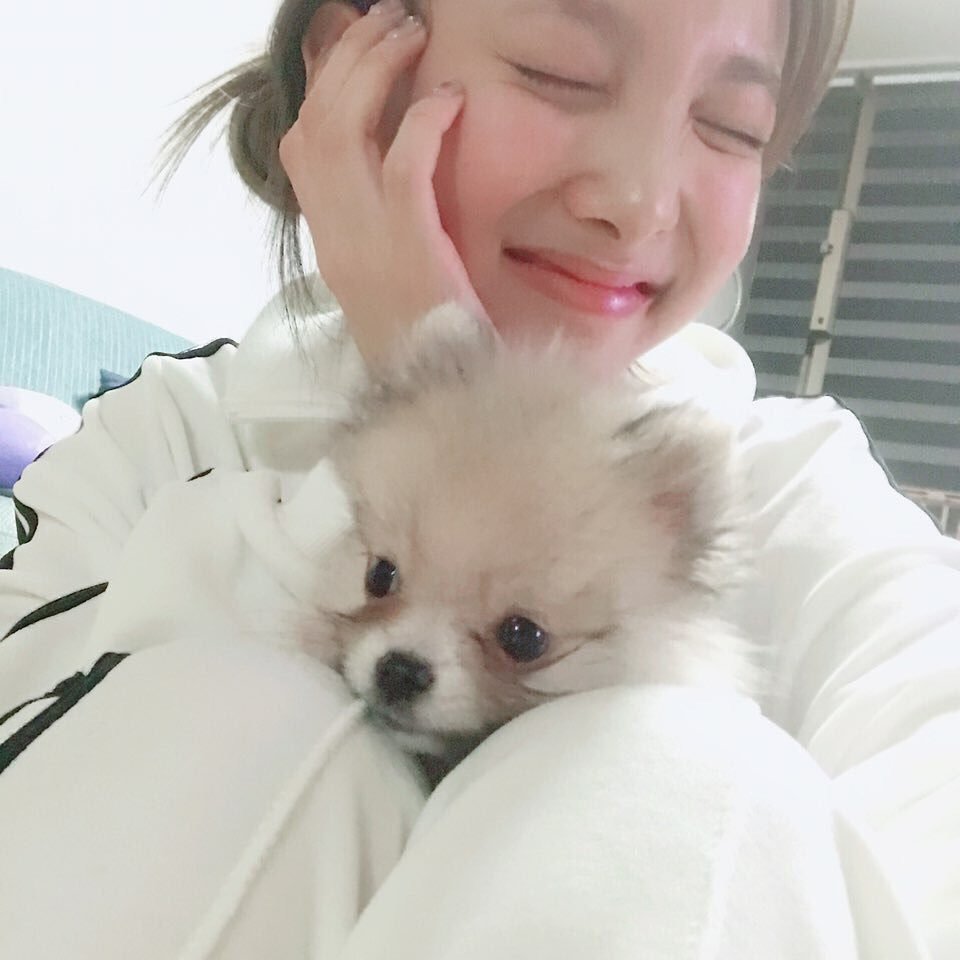 Nayeon may be afraid of big dogs, but her fluffy puppy is far too adorable to strike fear into anyone’s heart!

In January 2017, Chanyeol introduced his furbaby, Toben, to fans through Instagram.

Toben, short for “Beethoven”, has become a beloved “dogstagram” star and fans fell so much in love with Toben that Chanyeol gave him his own Instagram account! 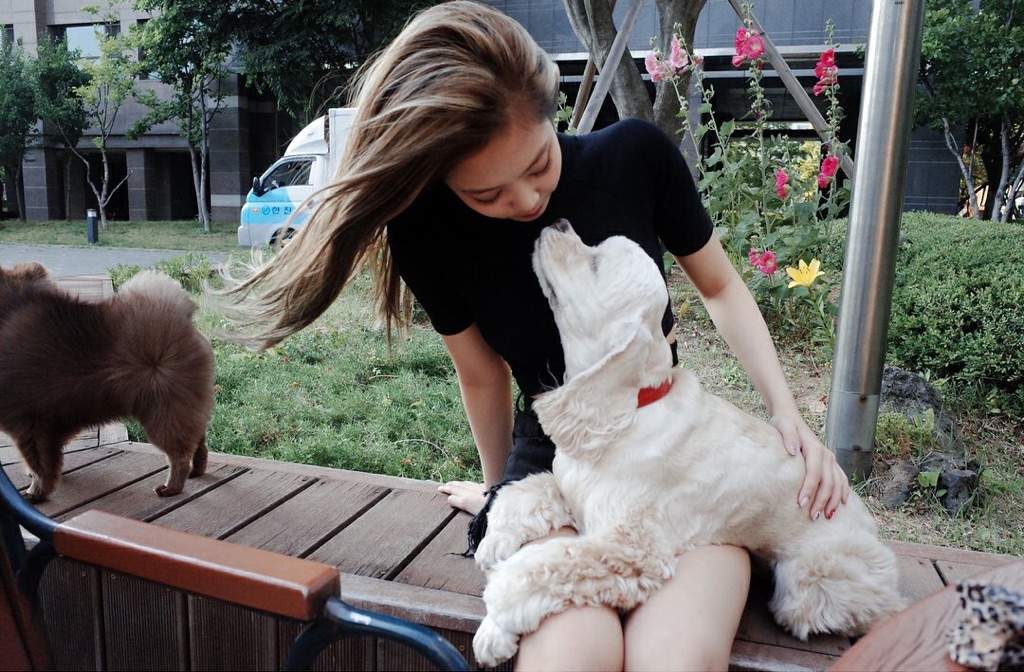 Jennie loves her dogs so much that she has even greeted them on television! 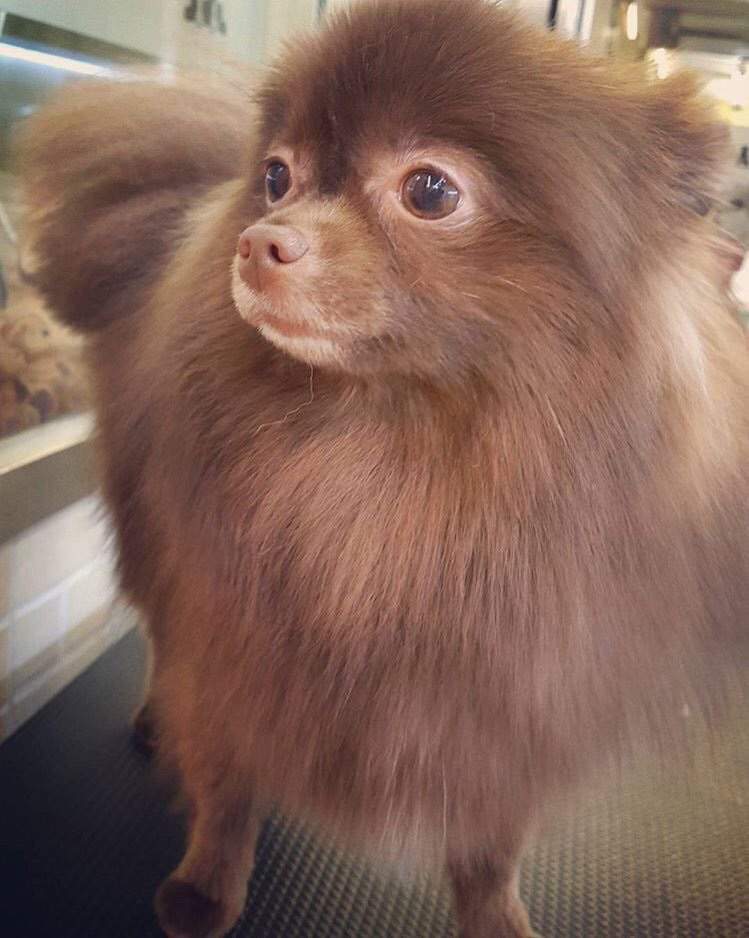 Kuma is an adorable chocolate furball… 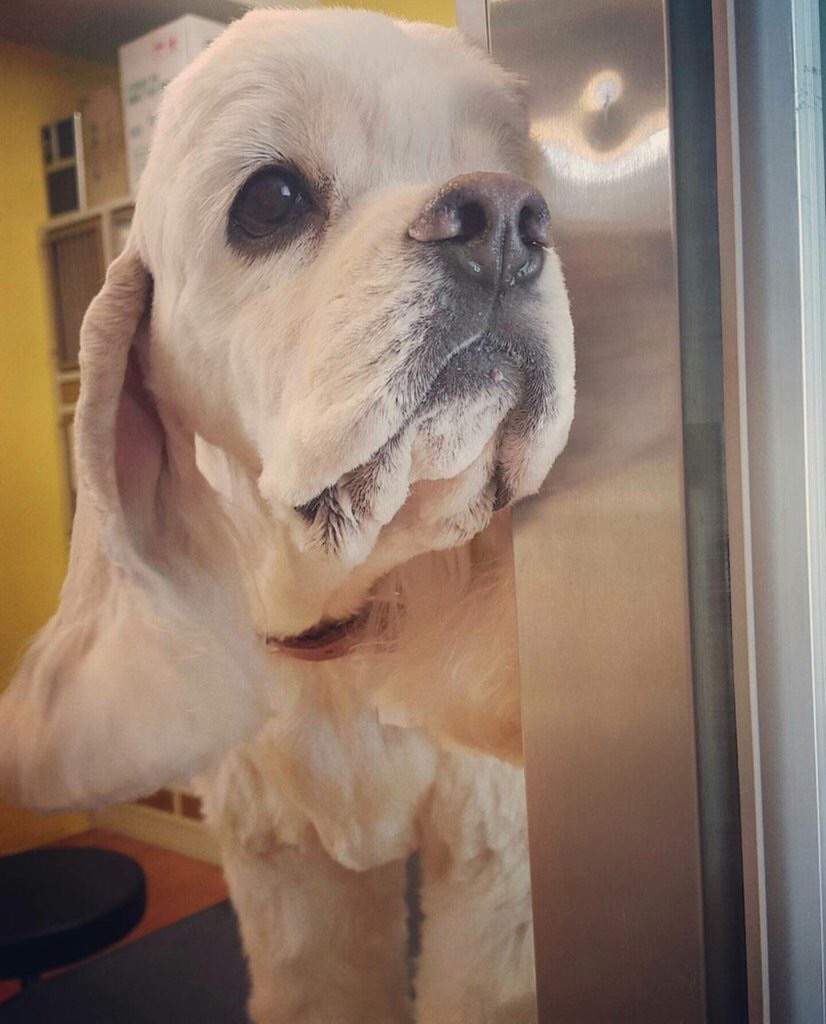 …and Kai is his white chocolate counterpart! 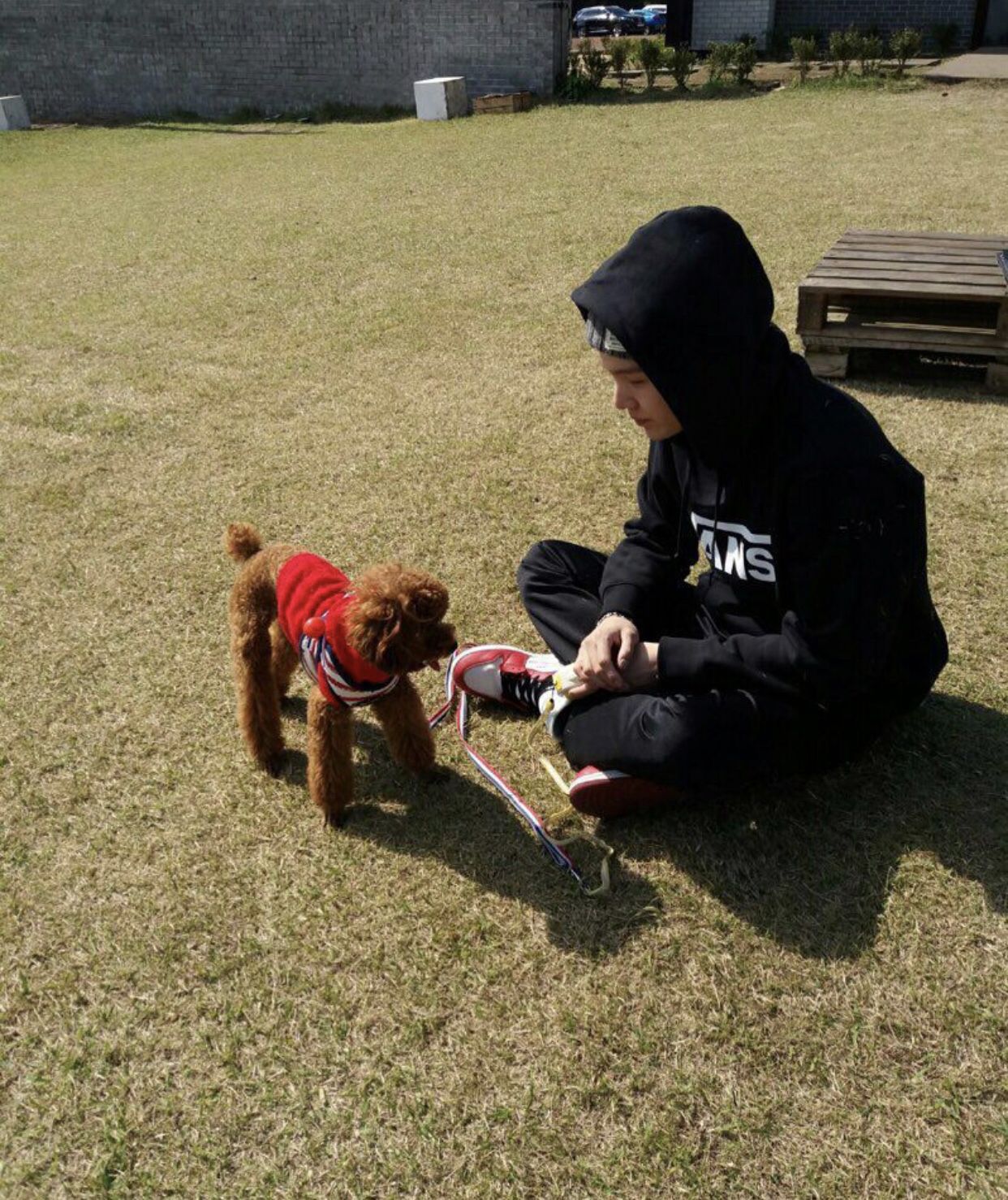 This is Holly, Suga‘s little boy who, contrary to his name, is sweet and very soft to the touch. 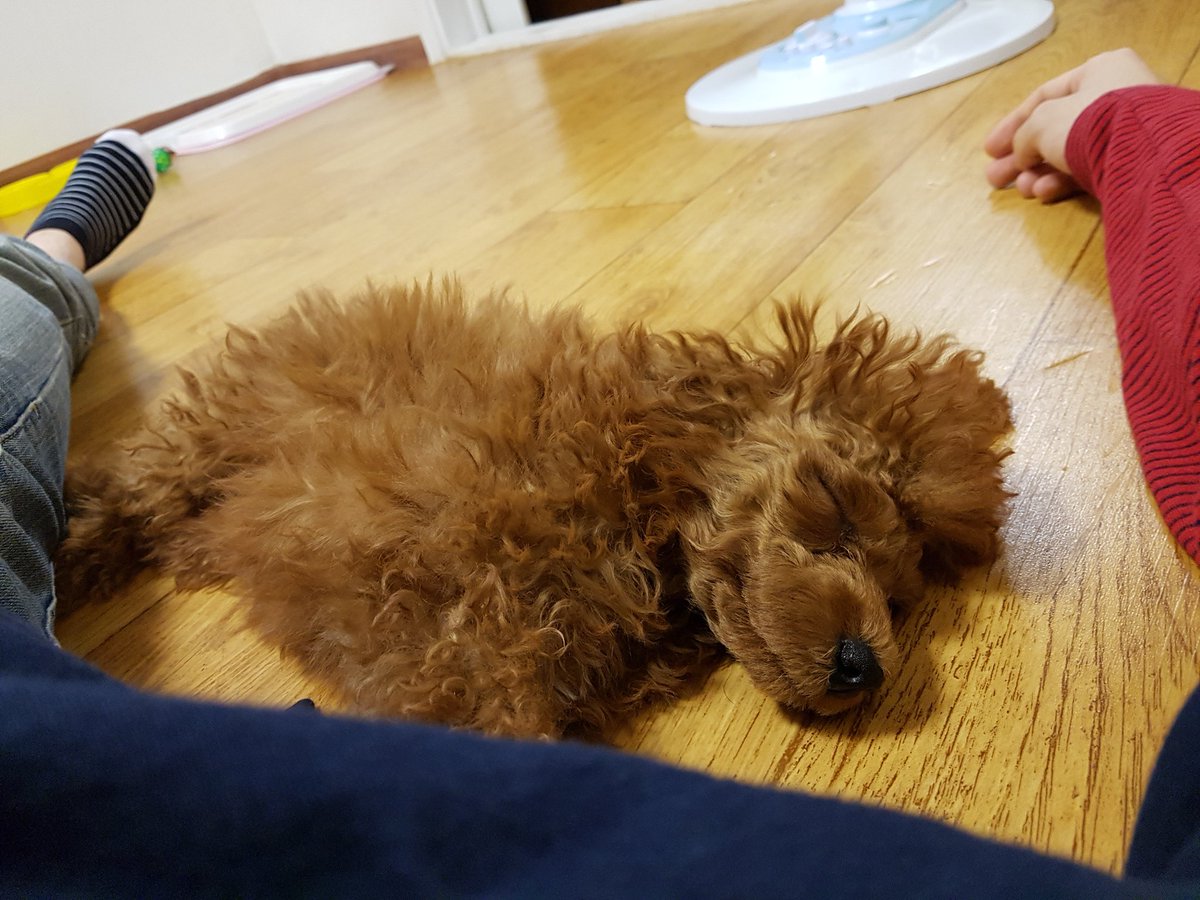 Fans love him almost as much as Suga does! 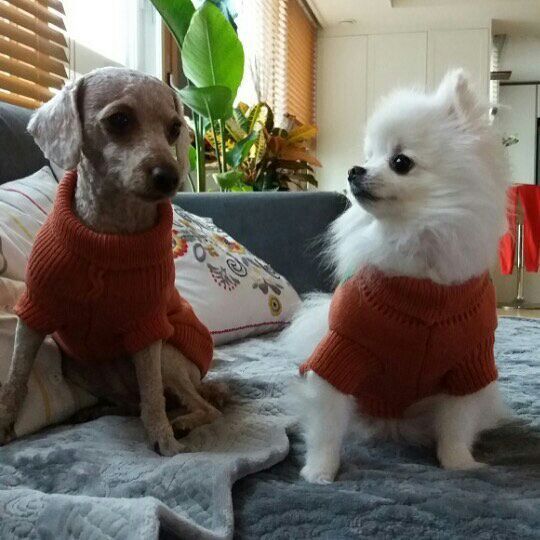 Jeongyeon has two dogs: Nanan the poodle and Bbosong the white Pomeranian. 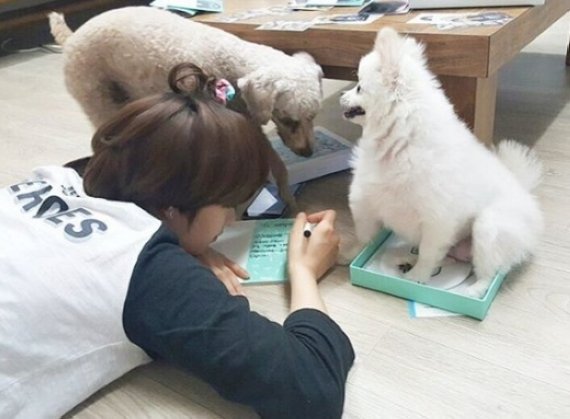 Sadly, Bbosong passed away in 2019, and Jeongyeon couldn’t hold back her emotions as one of her best friends is no longer with her. 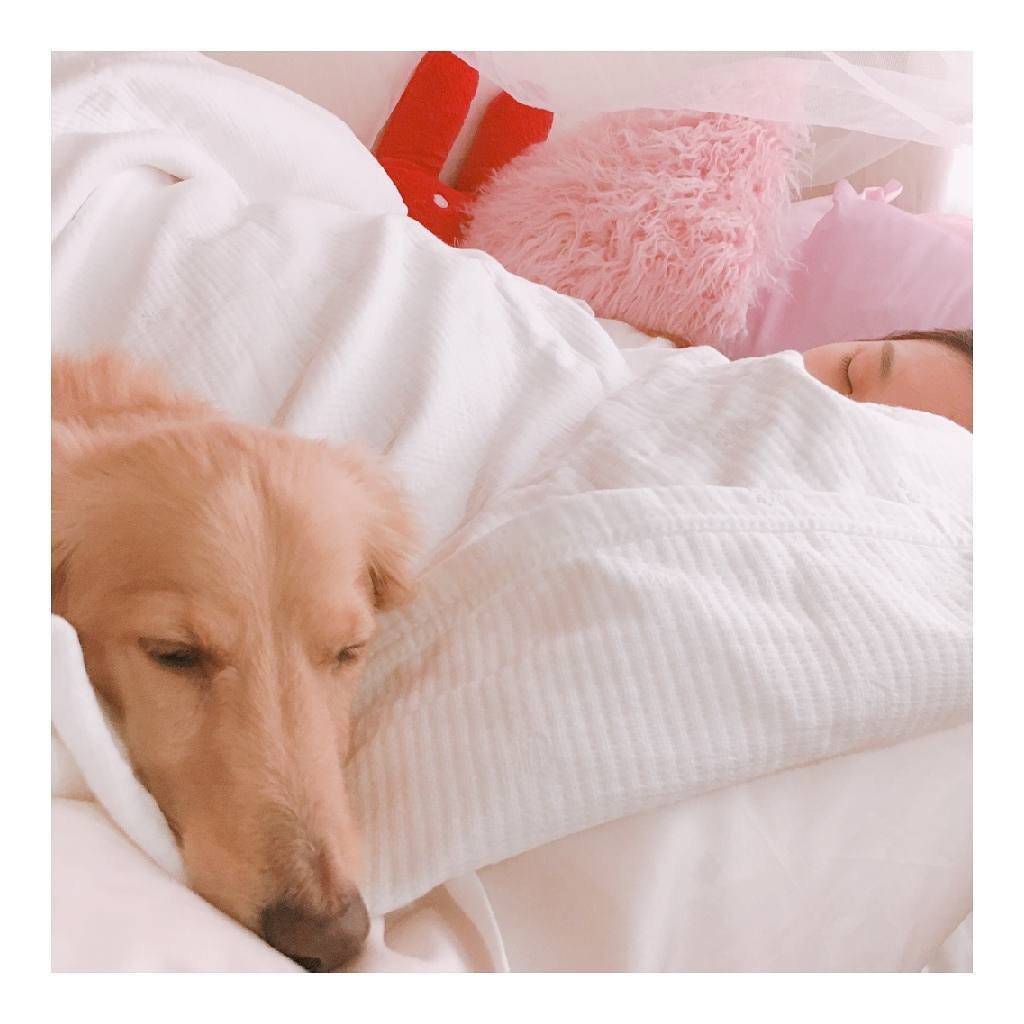 TWICE is just full of dog lovers! Puppies are cute and all, but Mina’s senior dog, Ray, has proved that age is just a number. 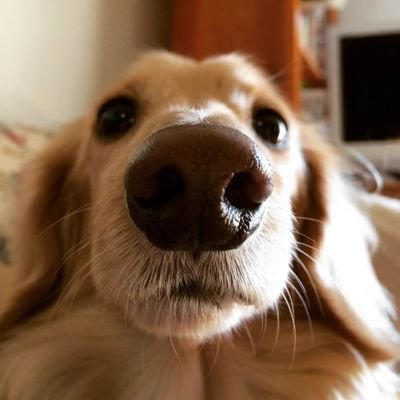 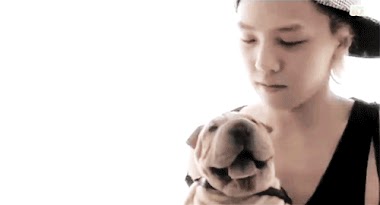 G-Dragon is now back from the military, so his Shar Pei must be just as happy to see his owner and best friend as we are! 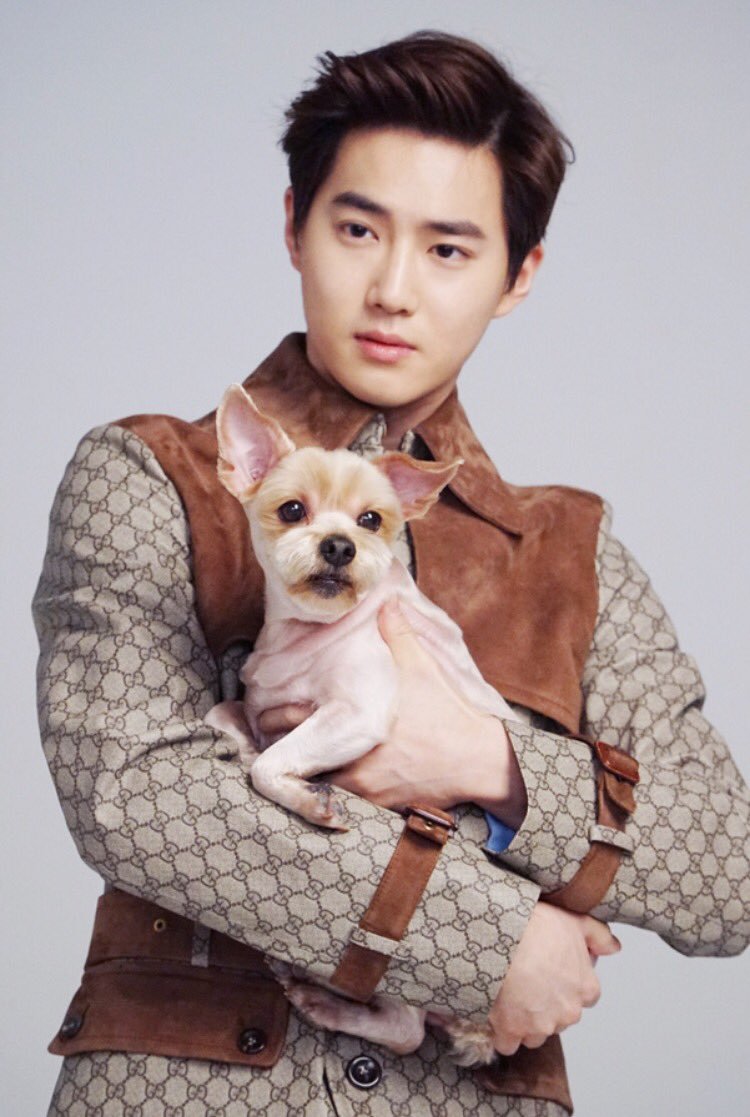 Last, but certainly not least, is Suho. This dog dad loves Byul like a daughter. 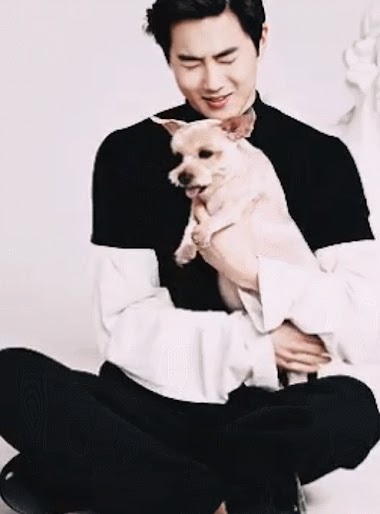 The two even appeared together in the Better Together photo shoot for W magazine.