On September 2, the variety show aired a global viewers tour for the first time in seven years. For this special, 18 viewers from all around the world were chosen to form four-member teams with the six cast members.

The fans met up at a guest house the day before filming and became close after exchanging gifts. On the day of filming, they formed teams with their favorite “2 Days & 1 Night” cast member, introduced themselves, and showed off their unique talents.

The fans included a quadrilingual professor from New York, Hallyu fan from Hong Kong, a pharmacist from the Philippines, and the winner of a Korean speaking competition. 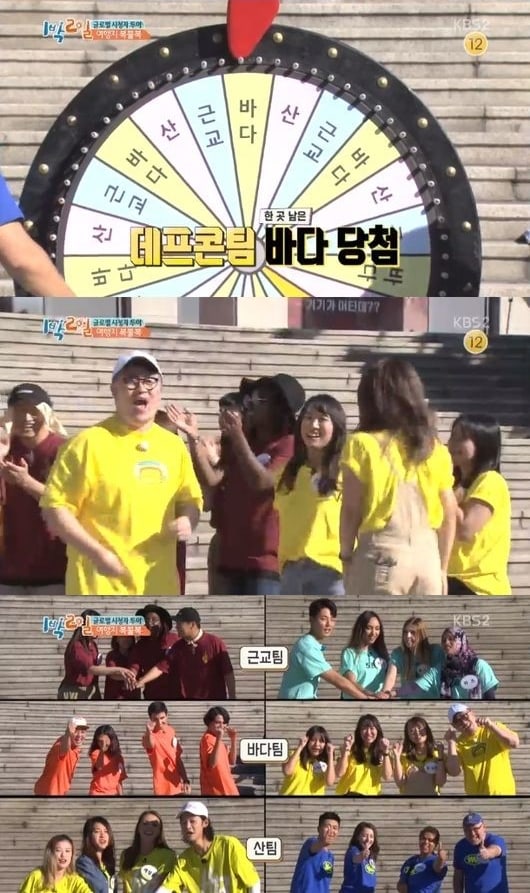 The teams then played another random game where they spun the wheel to decide their destinations. Yoon Shi Yoon and Cha Tae Hyun’s team chose the suburbs such as Chuncheon or Gapyeong. Kim Joon Ho and Defconn’s team chose Boryeong Sea, and Jung Joon Young and Kim Jong Min’s teams chose the mountains.

Each team was given two missions they needed to complete before they arrived at the base camp that night and boarded buses to head to their destinations.

On the bus, the viewers and cast members became closer while talking. Grace from Germany said, “I was watching ‘2 Days & 1 Night” on KBS World and also saw when Shinhwa appeared.” Another viewer added, “The quitting smoking special was really fun.” Kim Jong Min replied, “I succeeded at quitting smoking after that. I thought I was going to die at the time because it was so difficult.”

When asked how she felt when she was chosen as for the viewer tour special, a global fan answered, “My hands were shaking. My mom received the phone call, but she thought that it was voice phishing and didn’t tell me. Later, when I heard it, I cried.” She then became emotional thinking about that moment.

This special will continue next week where the 18 global fans and six cast members will visit different places in Korea and make unforgettable memories together. 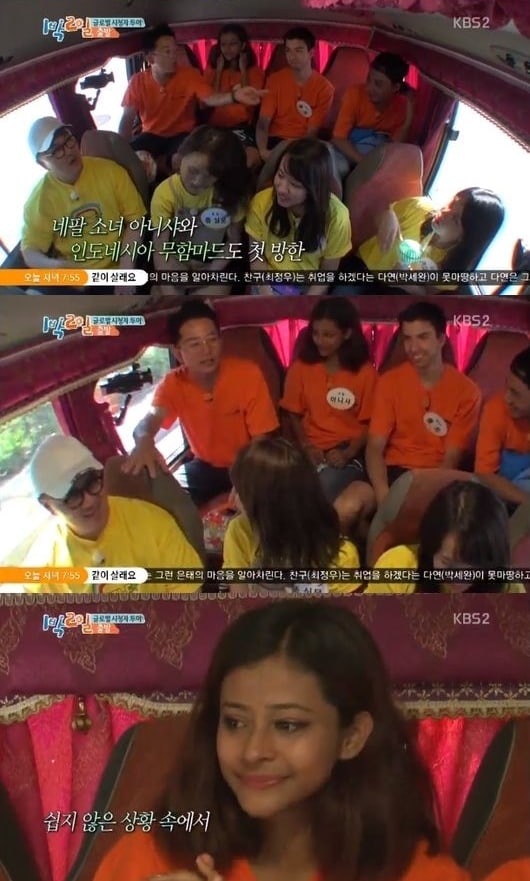