On the April 29 episode, the cast, Hwang Chi Yeol, and Kim Young Chul will attend a district spring festival in Gyeonggi Province that stretches from the city of Gwangju to Yongin.

In the stills, the members show off their new looks. On this day, the staff told the six members to put on their festival gear for the show’s introduction.

Kim Joon Ho wears a costume fit for a comedy festival.  Holding colorful balloons and donning a wig and red shoes, Kim Joon Ho transforms into a clown. He also puts on a mask that enhances the look and shows off his comedian roots.

As a ramen lover, Kim Jong Min dresses up as a ramen restaurant owner. He surprises the members with his ramen backpack and proudly shows it off stating that he handmade it himself. 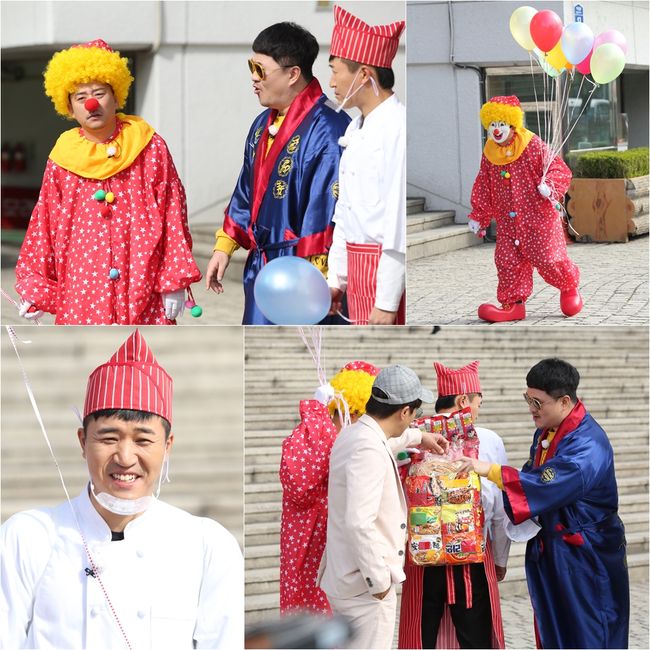 Will the members succeed at winning over people at the festival? Find out when this episode airs on April 29 at 4:50 p.m. KST.

Watch the previous episode below: