On April 19, a writer leaving “2 Days & 1 Night” uploaded a picture to their personal Instagram filled with generous farewell gifts from the show’s members. 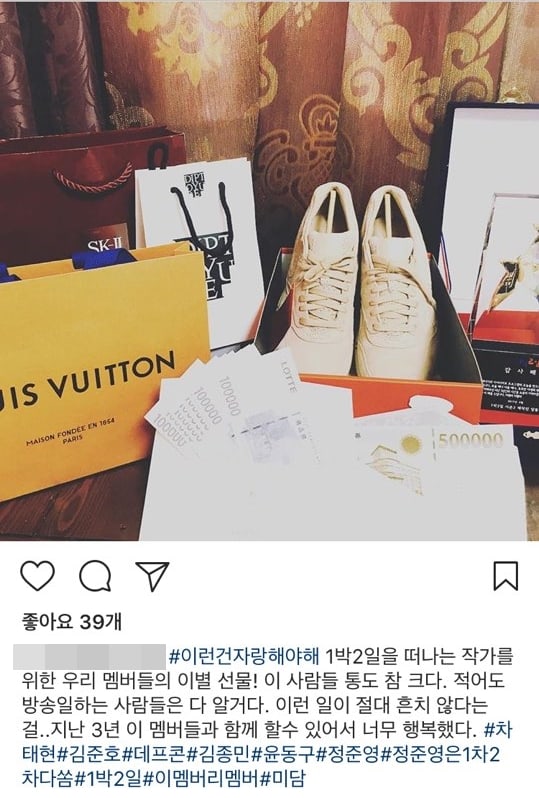 Along with the photo, the writer wrote in the caption, “#Ihavetoboastabouthis Members’s farewell presents for a writer leaving 2 Days & 1 Night! These people really are generous.”

The writer elaborated on the special nature of the members’ gifts, as she added, “Everyone who works in broadcast will know that this type of thing is really rare. I was very happy to be with these members for the past 3 years.”

The caption ended with hashtags of the members names. There was also a hashtag sharing that Jung Joon Young, the youngest  member, paid for both stops on the writer’s farewell night out with the members. Fittingly, the post ended with a hashtag of the members’ favorite motto on the show, “Remember these members!”

People have remarked on the members’ generosity by posting comments such as,”That’s worth bragging about,” and “There really isn’t anyone like these people.”

Catch the latest episode of “2 Days & 1 Night” on Viki below!