Many viewers tuned in to watch the latest episode of KBS 2TV’s “2 Days & 1 Night”!

On April 29, the cast and some special guests headed to Gyeonggi Province to appear at spring festivals. This episode drew in many viewers and achieved the highest viewership ratings in its time slot.

The members dressed up in their festival gear and met up at their usual spot in front of the broadcasting station to film their introductions. Producing director (PD) Yoo Il Yong announced that they invited two masters of events who turned out to be Hwang Chi Yeol and Kim Young Chul.

They split up into two teams for this episode: Kim Joon Ho, Defconn, Kim Jong Min, and Kim Young Chul in one team and Cha Tae Hyun, Jung Joon Young, Yoon Shi Yoon, and Hwang Chi Yeol in the other. 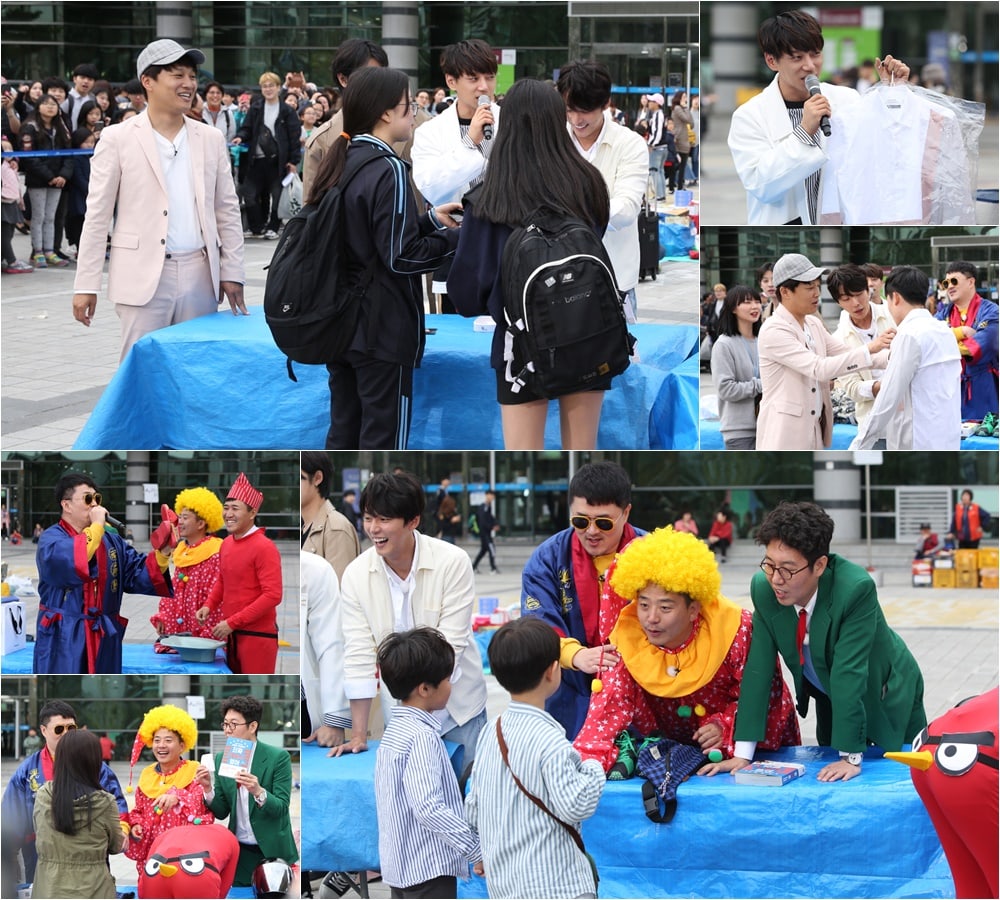 The second event was a charity event hosted by the borough office where the members showed off their competitive and charitable spirit. They each brought items such as costumes, a Bluetooth keyboard set, a scalp massager, a brand new computer monitor, and donated them to be sold at the event where the funds were used for charity.