The 2017 MBC Entertainment Awards and KBS Song Festival aired on the night of December 29.

According to Nielsen Korea, the second part of the MBC Entertainment Awards recorded 12.1 percent in viewership ratings and came in first place in its timeslot. It seems that viewers were curious as to who won the Daesang (Grand Prize) and tuned in to find out.

Jun Hyun Moo was named as the winner of this year’s Daesang and looked shocked when his name was announced. He had jokingly mentioned wanting the award, but it finally came true five years after he became a freelancer. He is now the first announcer to ever win this award. 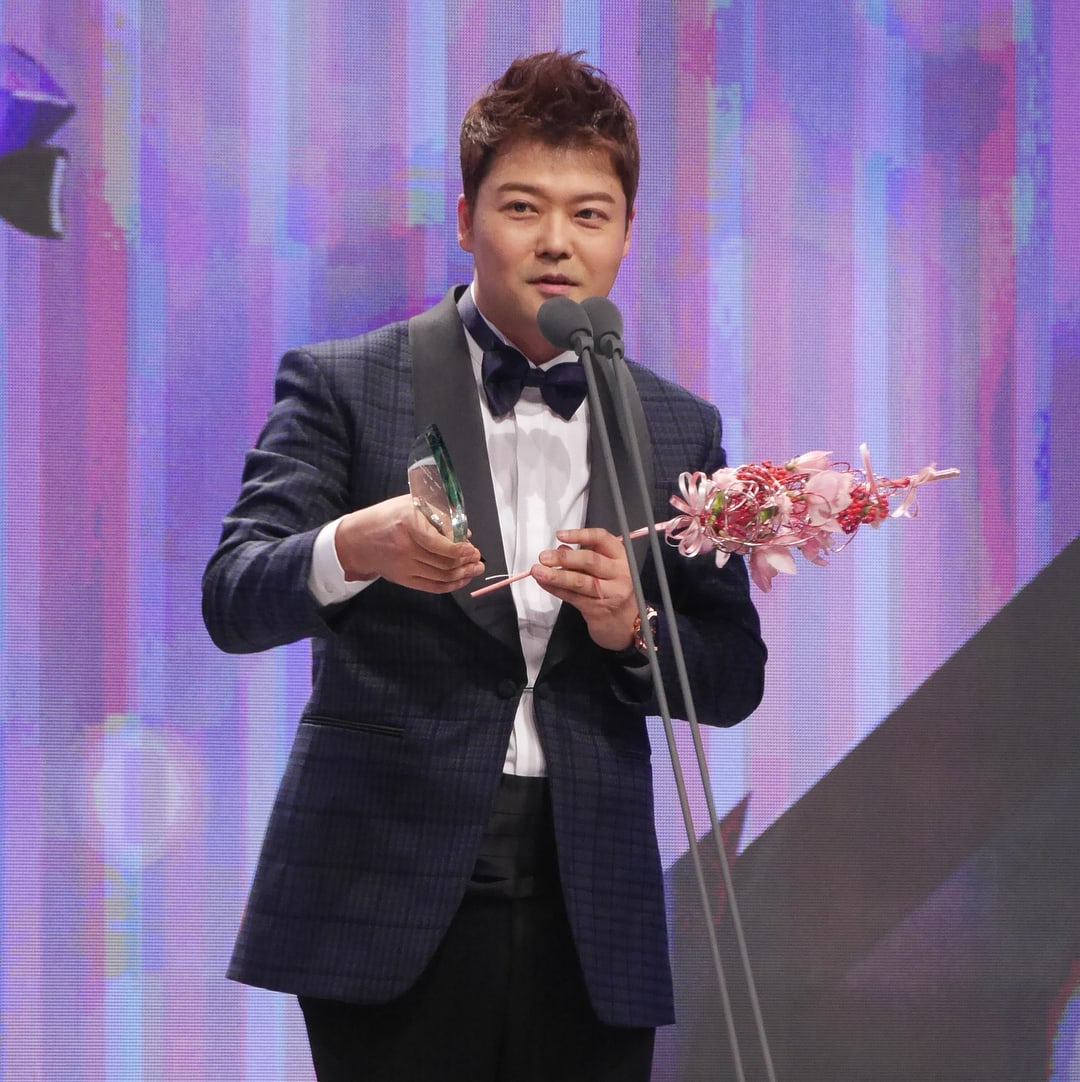 In his award acceptance speech, Jun Hyun Moo alluded to the MBC producers’ strike as well as the ongoing KBS producers’ strike. He said, “I did joke that I wanted the Daesang, but didn’t think that I would actually get it. Thank you so much. It’s an honor to receive this award in front of so many people that I liked since I was young. I think I received this because of the innocent charms of the Rainbow Club [from ‘I Live Alone‘].”

Jun Hyun Moo continued, “As a fervent fan, I will cheer for MBC to walk the flower path in 2018. I also hope that the spring wind will blow in my old homeland (KBS) as well.”

The 2017 KBS Song Festival recorded 6.6 percent and 6.2 percent, while SBS’s “Law of the Jungle” achieved 11.2 percent and 11.8 percent in viewership ratings during its first and second parts, respectively.

Watch the 2017 KBS Song Festival at the link below!