2PM‘s Jun. K and Chansung held a live broadcast to celebrate Junho‘s birthday, without the birthday boy himself. 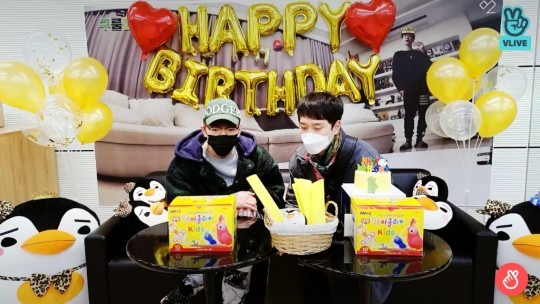 Jun. K and Chansung decorate the room with lots of balloons and pictures and shared a Q&A Junho participated in and had an absolute blast. 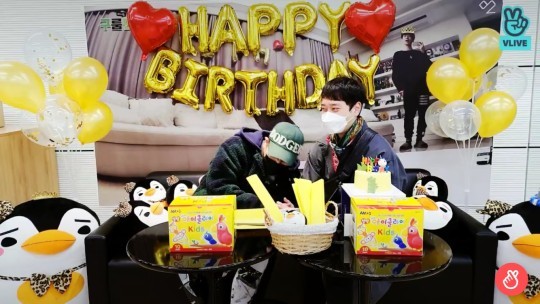 In response to what Junho would ask his future self, Junho answered that he’d ask if the JYP Entertainment stocks went up. 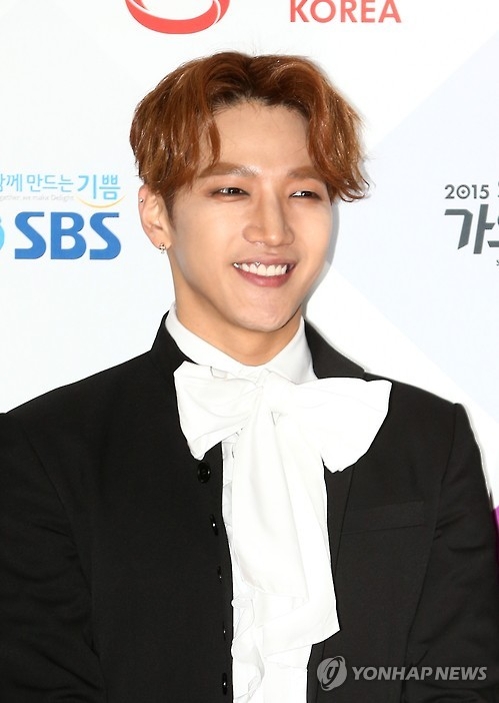 And as for the most memorable dish his fellow members made for him, Junho named “Jjappaguri” and remembered gaining a lot of weight as a result. 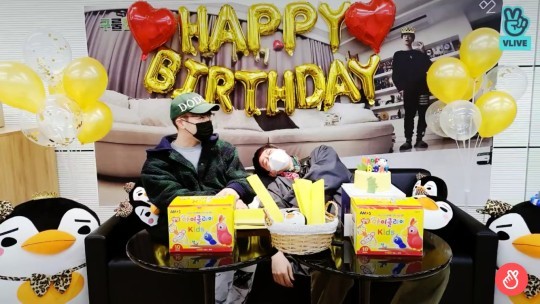 Chansung added that whenever Junho saw him in the evening, he would ask him to make “Jjappaguri” for him. 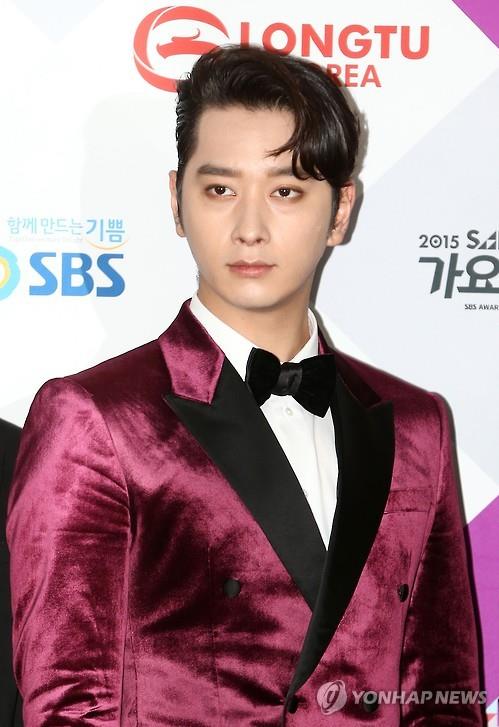 According to Jun. K, Junho’s love for instant noodles go way back to their debut.

I remember eating lots of instant noodles when we first debuted. But that’s all Junho ate. He ate noodles for a month straight. He’s persistent.

While the two members shared good memories of Junho, the birthday boy, Junho was unable to attend. 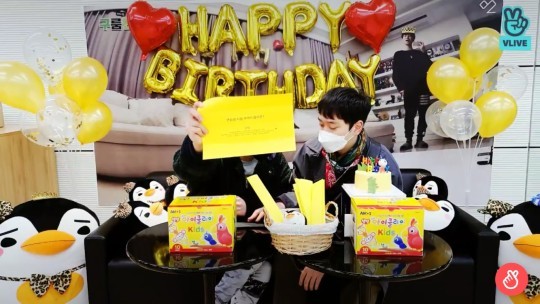 The reason being that Junho enlisted in the military back in May 2019, and he’s set to be discharged this coming March. 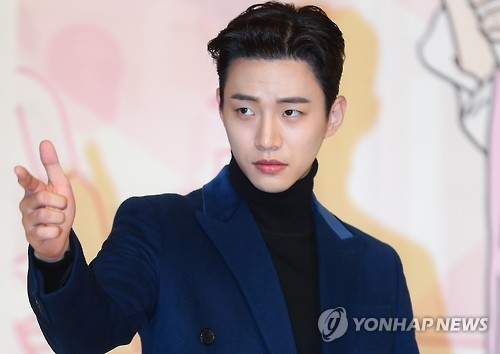 Junho’s birthday party without Junho’s pretty hilarious, but here’s hoping Junho can join in next year!

10 Reactions To Make You Want To Watch ATEEZ Performance Preview