2PM’s Jun.K Opens Up About Struggling To Overcome Prejudice Against His Singing

In a recent interview, 2PM’s main vocalist Jun.K shared his struggles with an unkind nickname that has followed him since his debut.

The singer has recently solidified his image as a talented musician by composing many of 2PM’s recent title tracks, in addition to producing his own solo songs. Nonetheless, he divulged that an unfortunate performance early on in his career earned him a nickname that took years for him to get rid of.

At a Japanese showcase shortly after 2PM’s debut, Jun.K sang Park Hyo Shin’s popular ballad “Snow Flower” with a slightly wobbly voice due to a cold. The video of the performance went viral and is still popular today, leading people to call him by the nickname “Goat Flower.”

“There are always hateful comments that call me ‘Goat Flower,’” Jun.K remarked with a laugh. “I don’t want to make excuses for not having sung well. Even though I wasn’t feeling well, because it was soon after my debut, I wasn’t able to cancel.”

He went on to admit good-naturedly that even he found the video funny, saying, “What made it look even funnier was that I kept singing as if nothing was wrong.”

However, Jun.K revealed that the incident made it difficult for him to prove that he was a capable singer later on. “I thought that if I worked hard and sang well [after that], people would change their minds, but it turned out not to be that easy,” he commented.

Describing the lengths he went in order to try and change his image, he recalled, “My friends told me you have to fight ‘Snow Flower’ with ‘Snow Flower.’ So I sang ‘Snow Flower’ at a karaoke bar and posted it on social media.” 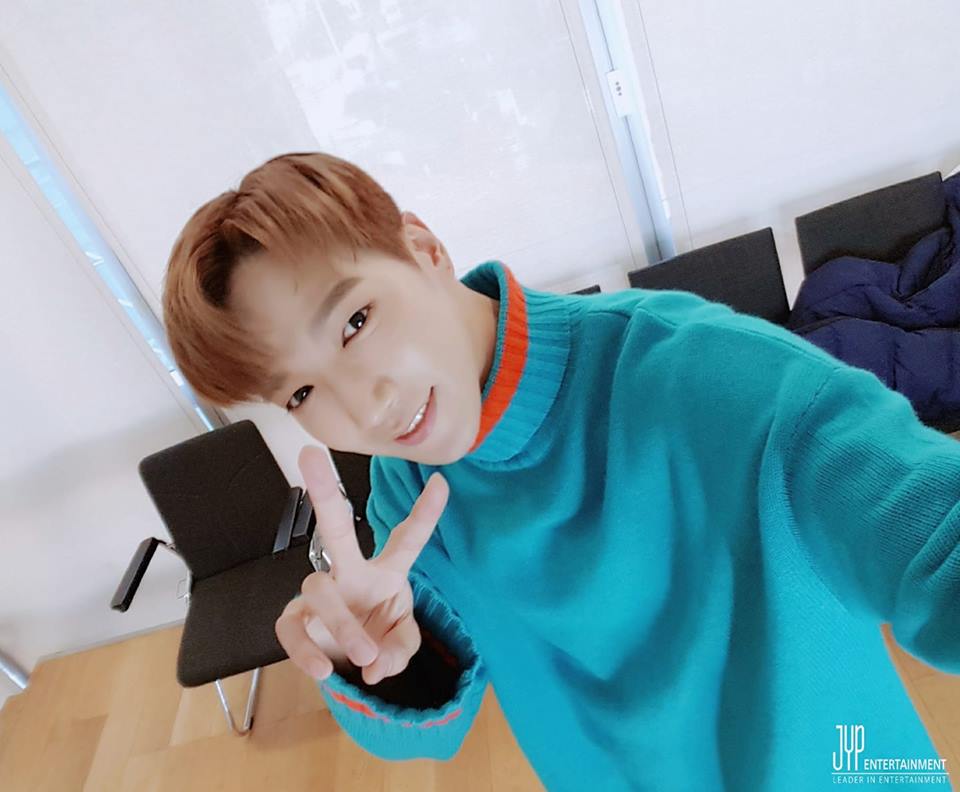 Jun.K shared that the song “Why” from his recent solo mini album was partly inspired by his experiences with hateful comments. He explained, “When people read articles online, they only look at the title and the comments with the most likes. There are times when, even if something isn’t the truth, one party gets blamed or hated for something.”

The 2PM member also talked about his love for his group, praising his fellow members for their kindness and calling them family.

“The experience during my twenties that I am most thankful for is getting to meet the 2PM members. I’m truly grateful. As you go about living in society, you meet a lot of different people, and there are a lot of times when people are betrayed and surprised by people who are close to them. However, the 2PM members are unconditionally a family.”

He added with a laugh, “I’m not that good of a person, but thanks to my members, I think I’m becoming a better person.”

Jun.K recently visited Taecyeon on his day off from the army, though he expressed his regret that they were only able to see each other for 30 minutes due to his car getting stuck in traffic. “We promised that we would hold a concert after we all finish our military services,” he recalled. “As long as we travel in the right direction, I think we’ll able to successfully continue [as 2PM] for a long, long time.”