2PM’s Jun.K Talks About Past And Future Worries Regarding His Singing Career

2PM member Jun.K recently opened up to his fans about his past, present, and future as a singer.

On December 2, Jun.K held a mini-concert for the release of his new solo album “My 20’s,” which features title track “A Moving Day.” In addition to performing the songs from his new album, including his duet with surprise guest 15&’s Park Jimin, he also talked about the emotions that he wanted to express through his songs.

Referring to his duet with Park Jimin, Jun.K revealed, “The track ‘Why’ was originally titled ‘Rebel Without a Cause.’” As for the song “My 20’s,” he shared, “I joined JYP as a trainee when I was 18, and I had a lot of worries at the time. I wrote the song while looking at my journal entries from my old Cyworld account.”

The idol recalled feeling anxious even after his successful debut with 2PM, and commented, “Even when 2PM won first place for the first time, I was more worried than happy.” 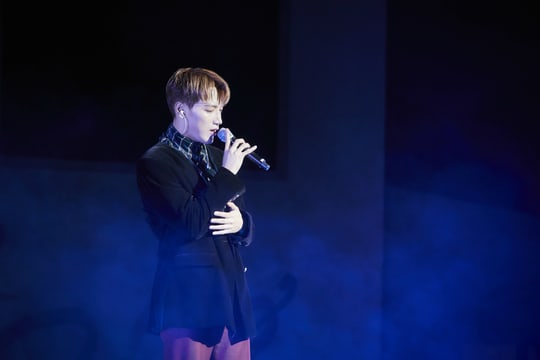 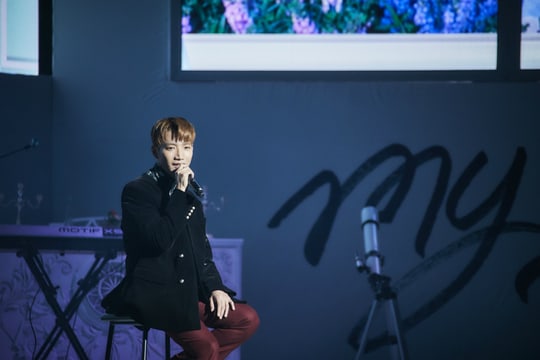 However, as he looked back on his career, there were many fond memories about which Jun.K had no reservations. He expressed his gratitude for his fellow group members and his loyal fans, saying, “Our members are so kind, and I’m so grateful for the fact that I was able to meet such kind friends. I’m also truly grateful for the fact that our fans always tried to stay by 2PM’s side and protect us.”

He also spoke proudly about the first time that one of his compositions was selected as a title track for 2PM, naming it as one of the most memorable moments in his career. “I was so happy when ‘Go Crazy,’ which I wrote, became 2PM’s title track,” recalled Jun.K, who even performed a solo rendition of the song at the mini-concert. 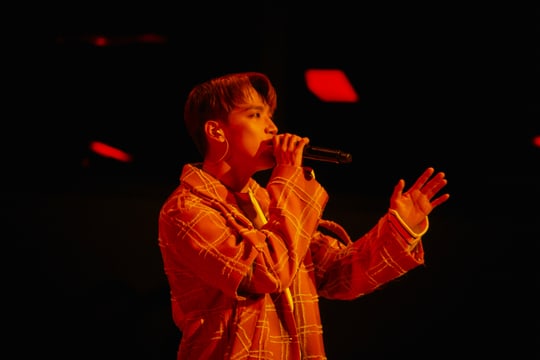 The 2PM member shared his fears about the future as well. “I’m worried about how much longer I’ll be able to continue working [as a singer],” he confessed. “I’m going to work hard to keep improving and to keep walking my own path, so please cheer me on.”

As for his short-term goals, he stated, “It seems as though I will enlist either early next year or a bit later, so I plan to show many sides of myself up until that time.” 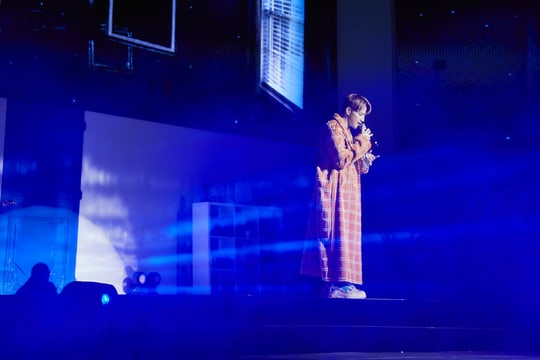 During the mini-concert, fellow 2PM member Wooyoung also showed his support for Jun.K and made a surprise appearance. He hid in the audience area before suddenly emerging, to the delight of their fans. 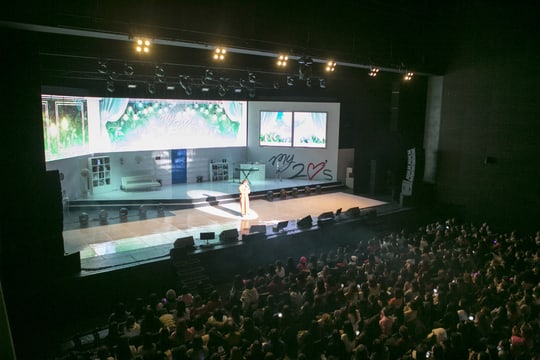 Jun.K previously revealed that the members of 2PM promised to reunite as a full group after completing their military service. He recently posted a photo of himself sharing a meal with Taecyeon on his day off from the army.