On December 12, JTBC’s “Just Between Lovers” released a behind-the-scenes making video of 2PM’s Junho hard at work on set, where he switched back and forth from tenacious, bold Lee Kang Doo and the cheerful, sweet Junho.

The scenes filmed in the making video are at a port, and Junho is seen slowly getting into character, walking back and forth and exuding Kang Doo’s charisma. 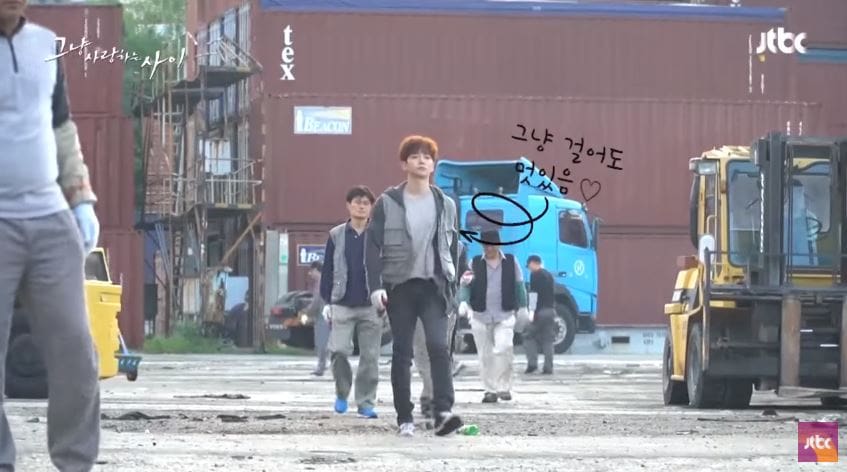 Junho rehearses the scene with another actor. They get into an altercation and begin to fight, with Junho swearing at the other character. However, it appears the cursing doesn’t come naturally to Junho, as he unconsciously softens the swear word to a more acceptable one. 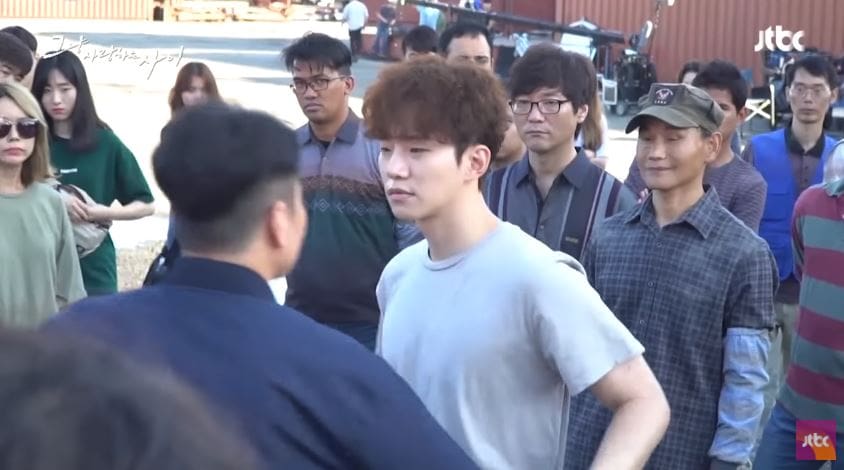 Before they actually start filming the scene, the director encourages Junho to use the stronger swear word in order to stay true to the character. 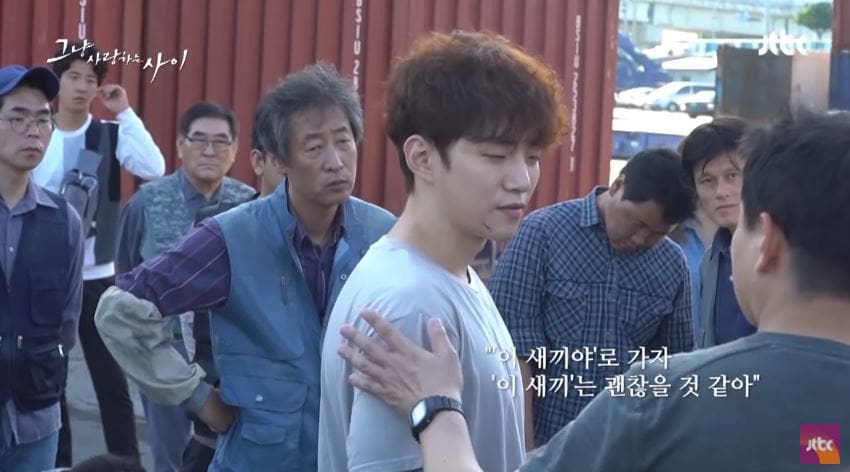 Although Junho’s furious acting is on point, it appears difficult for him to swear naturally, as he softens the curse automatically again. He gets it in the next take and pulls of the scene perfectly. 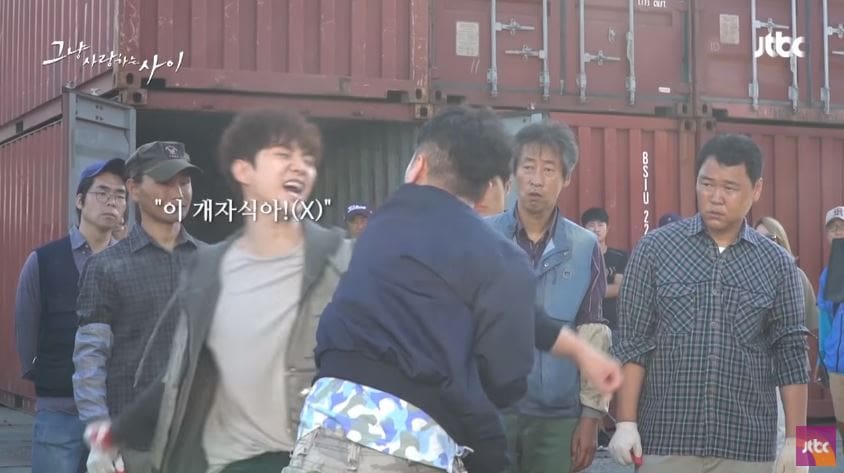 He switches back to the kind, polite Junho right after the scene, as he helps up the actor he had pushed down, apologizes, and brushes the dirt off his clothes. 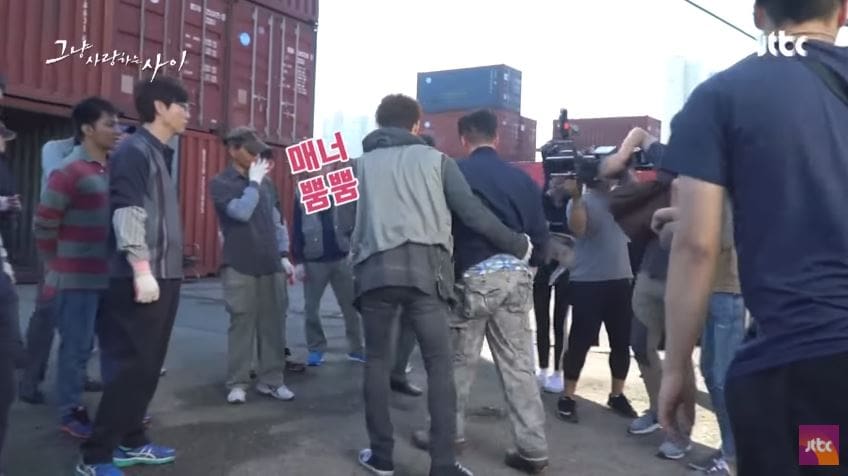 They then film the scene where Kang Doo breaks a stone plaque with a sledgehammer. The staff film the scene multiple times to get it from all angles, which appears to be physically exhausting. Because there are so many takes, the filming continues even after the sun goes down. 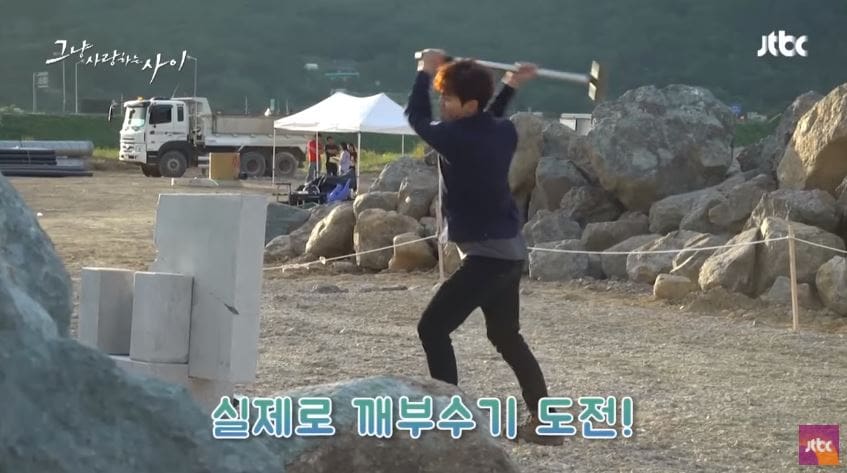 However, even after all the filming, Junho appears cheerful and still overflowing with energy, as he playfully swings the heavy hammer. 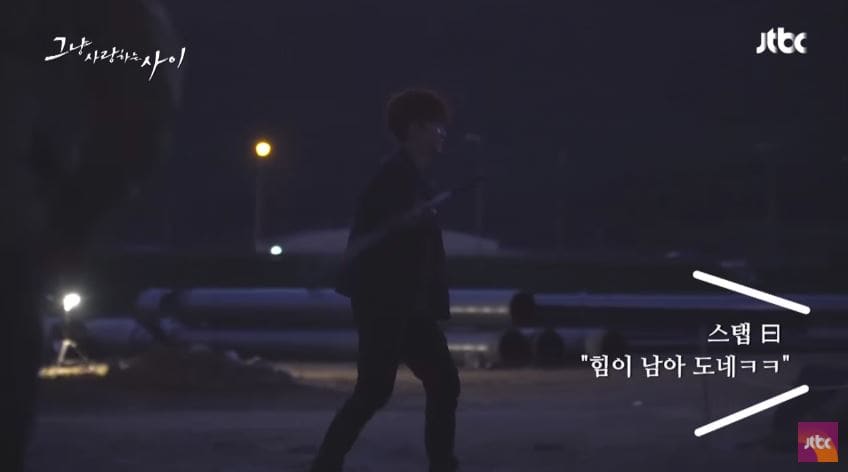 If you haven’t already, watch the first episode of “Just Between Lovers” below!