2PM’s Junho will be dropping another album!

At midnight KST on January 14, a teaser was unexpectedly revealed of Junho.

The image includes “2nd Solo Best Album,” “TWO” and a release date and time of January 25, 6 p.m. KST. This date also happens to be Junho’s birthday.

Back in 2015, before his official Korean solo debut with “Canvas” in 2017, Junho released his special compilation album “ONE.” It included Korean versions of 11 of his Japanese songs he had released until that point. As such, some are speculating that this upcoming release may be a similar compilation album as well. 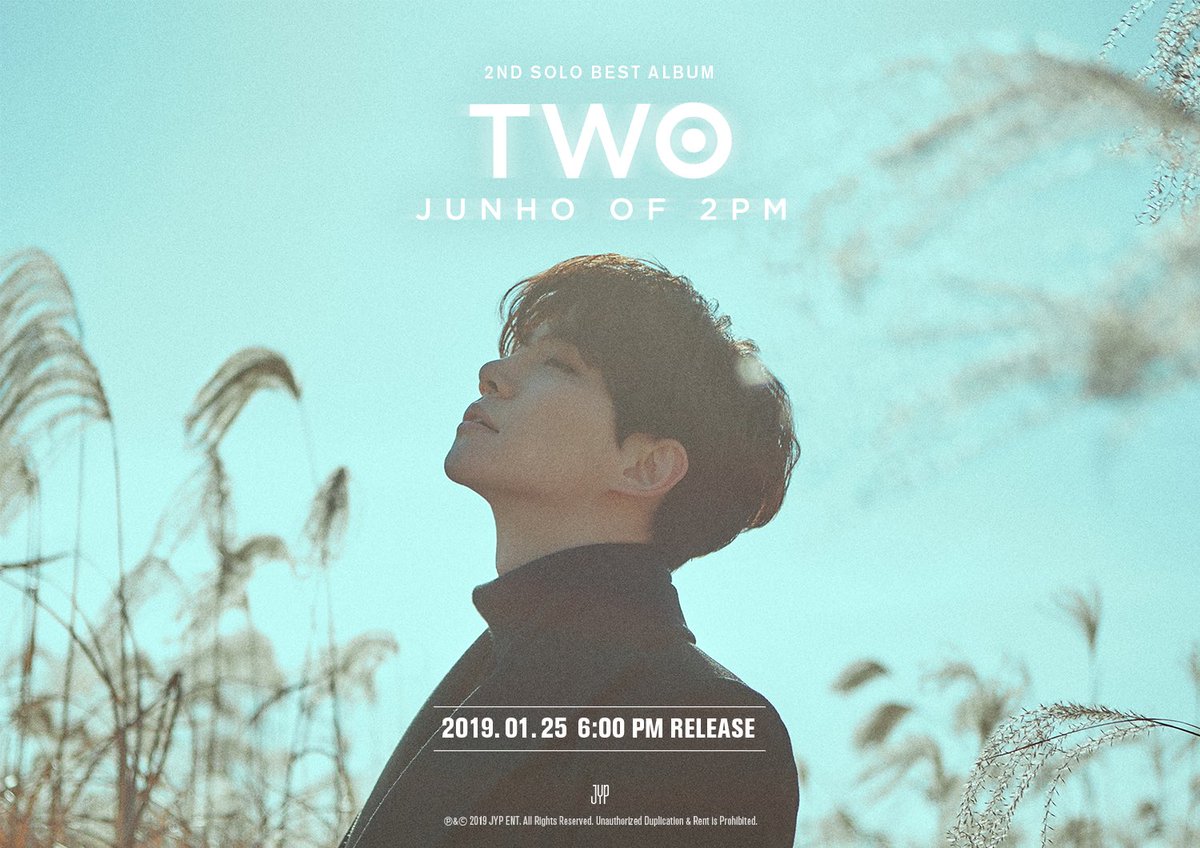 Meanwhile, Junho recently confirmed he will be playing the lead role in a new legal drama that is set to air on tvN. He is also required to enlist sometime this year.

What do you think Junho’s new album will entail?