The latest episode showed Seo Poong trying to distance himself from Dan Se Woo because he knowns that he has feelings for her. Despite his efforts, they can’t help but stick together because they work in the same kitchen. Whenever she got close, he would say that it was hot and try to get away from her. It makes viewers wonder how long Seo Poong will be able to hide from his own heart.

It looks like his resolve will be tested in the upcoming episodes as the new stills show Seo Poong holding Dan Se Woo in his arms. The two are at an emergency room as Dan Se Woo lays in bed with the color drained from her face. Worried about her, Seo Poong is unable to sit still and he holds her hand and then carefully lays down next to her. His affection for her can be seen in every gaze and touch. 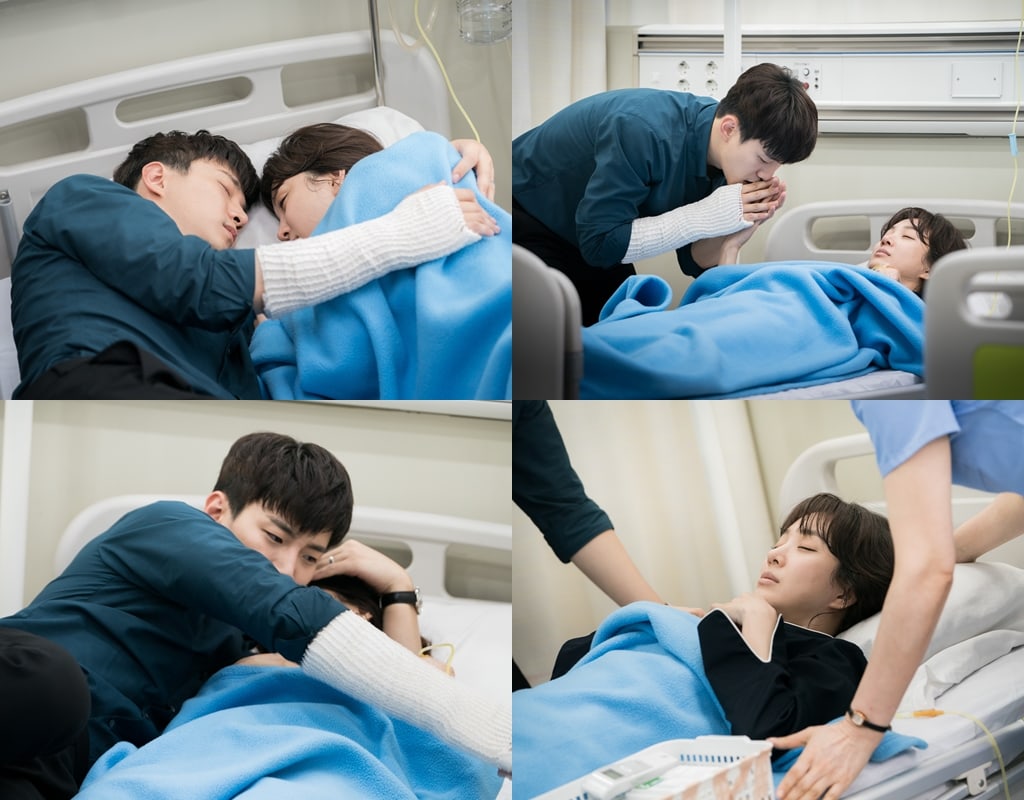 The production staff stated, “Seo Poong’s feelings for Dan Se Woo only continue to grow. He tries to hide his love for her, but changes will come with the upcoming episode, so please keep watching to see what happens.”

How Seo Poong and Dan Se Woo ended up in the emergency room and what changes their dynamics go through will be revealed in the upcoming episode of “Wok of Love,” which will air on May 29 at 10 p.m. KST.