There are all kinds of meet-cutes when it comes to romantic comedies, but 2PM’s Junho and Jung Ryeo Won’s first meeting is off the beaten track.

The upcoming SBS drama “Wok of Love” stars 2PM’s Junho as a star chef come down in the world and working at a neighborhood Chinese restaurant, Jung Ryeo Won as the daughter of a wealthy family obsessed with Chinese food, and Jang Hyuk as a former gangster. On April 30, the drama revealed stills from Jung Ryeo Won and Junho’s first meeting within the show.

In the stills, the two are sitting at a hair salon, both of them in formal wear. Jung Ryeo Won’s white dress could even be taken for a wedding dress, but it becomes obvious that the two are not there together, as they look at their phones and ignore each other. Meanwhile, a young woman comes into the salon and Junho instantly embraces and kisses her, visibly shocking Jung Ryeo Won. The contrast between Junho’s romantic gesture and Jung Ryeo Won’s comic reaction as a “background” character invites viewers to guess at what is happening in the scene. 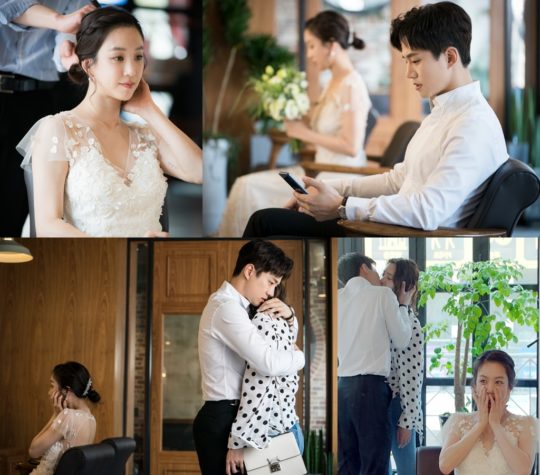 Check out the trailer on Viki below!