2PM’s Junho shared quite the story of why he broke up with his first girlfriend.

Junho and Yoon Se Ah appeared on JTBC’s “Ask Us Anything” on December 9 and during the broadcast, Junho revealed that he broke up with his first girlfriend in middle school because of a kiss.

He explained, “I used to walk with my girlfriend to her academy after school was over because I wanted to spend more time with her. I used to walk her home every day as well. We were sharing a conversation in a playground once when I kissed her. It was a really innocent peck on the lips.”

Junho then said, “I suddenly heard someone rushing towards us from a distance. That was when I saw this dark shape suddenly grab my girlfriend and drag her away from me. It took me a moment to realize that it was her mom. I was so frightened by what had happened.” 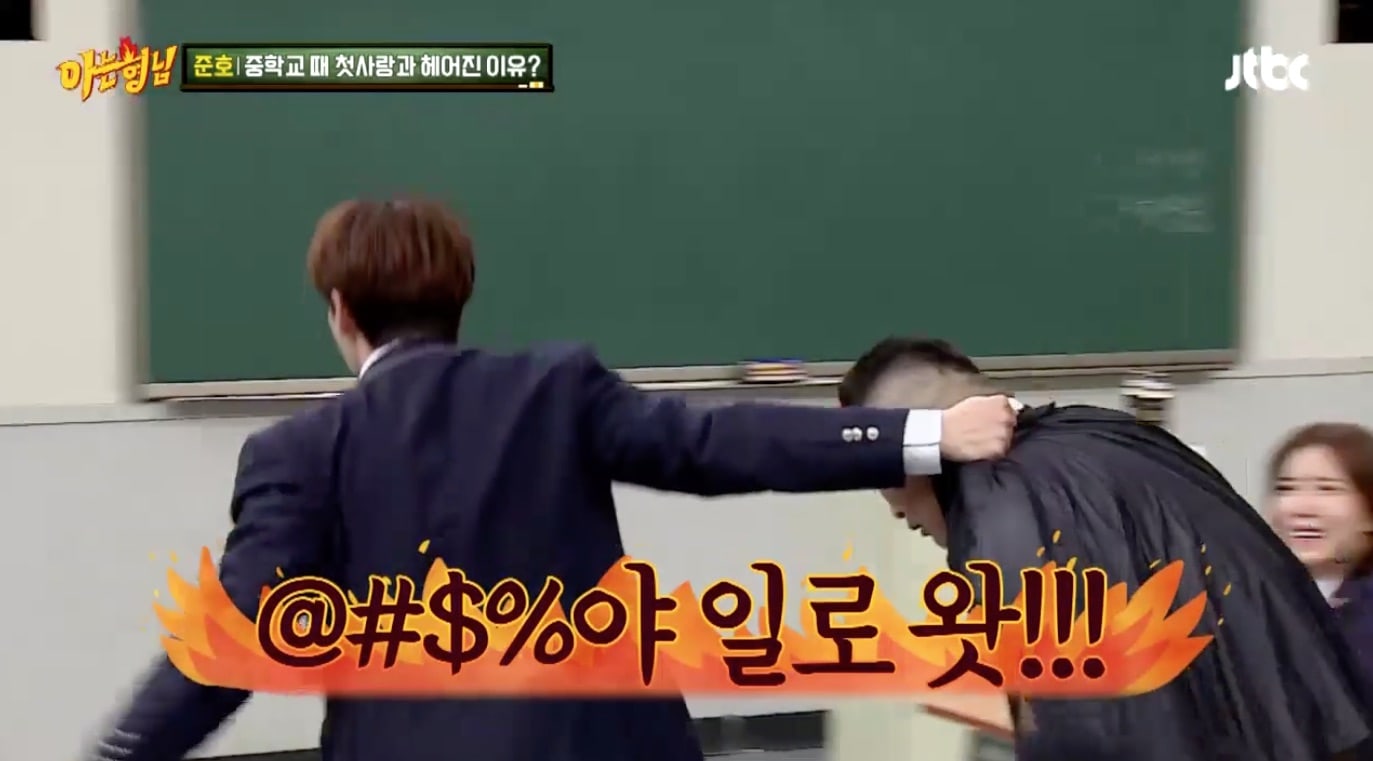 He had everyone laughing when he reenacted the moment with Kang Ho Dong, who had not anticipated Junho grabbing him out of his seat and was helplessly dragged away by the idol.

Junho concluded by saying that he understood why his girlfriend’s mother was angry as he said, “I got where she was coming from. She had been sending her daughter to an academy to learn, and there her daughter was, kissing a boy in the playground near their house.” He stated that they ended up breaking off the relationship soon after.