2PM’s Nichkhun talked about a fun connection between him and SF9’s Chani.

When MC Jung Hyung Don asked, “I hear you appeared in a sitcom in Thailand?” Chani answered, “It’s a sitcom called ‘Coffee House 4.0.’” 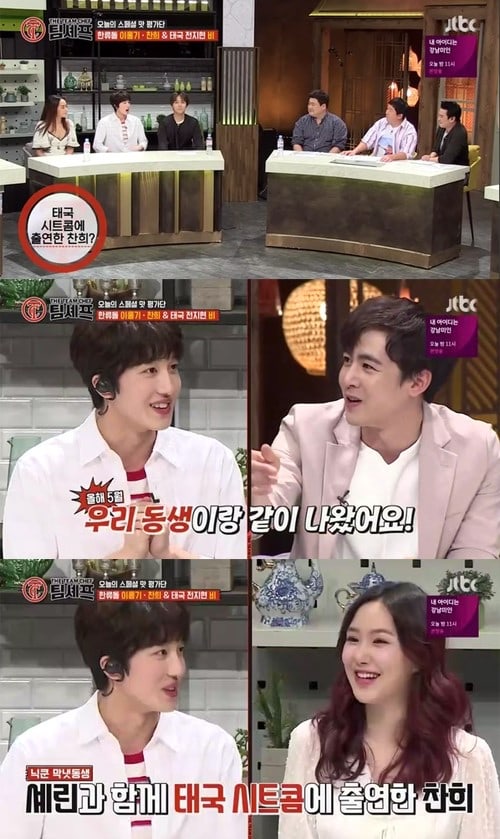 “Coffee House 4.0” is a sitcom that tells the happy stories of residents of a town. SF9 members Hwiyoung and Chani appeared as Korean students studying abroad in Thailand. They fell in love with a woman there and told stories about what happened at their homestay.