2PM’s Nichkhun shared his thoughts on appearing as a judge on JTBC’s Korean and Thai cooking program “Team Chef.”

On October 13, the show aired a special episode with Nichkhun as the host.

Nichkhun said, “My mind went blank every time I had to vote. Seeing both teams, I thought, ‘They’ll hate me,’ and my mind went blank.” He added with a sigh, “I have Thai fans and Korean fans.”

Thai actor Shahkrit Yamnam said, “I didn’t have a vote, but it was really difficult to the point where I had to think hard. It was difficult to decide the winner of the dishes from [chefs] of two countries. I understand Nichkhun’s feelings.” 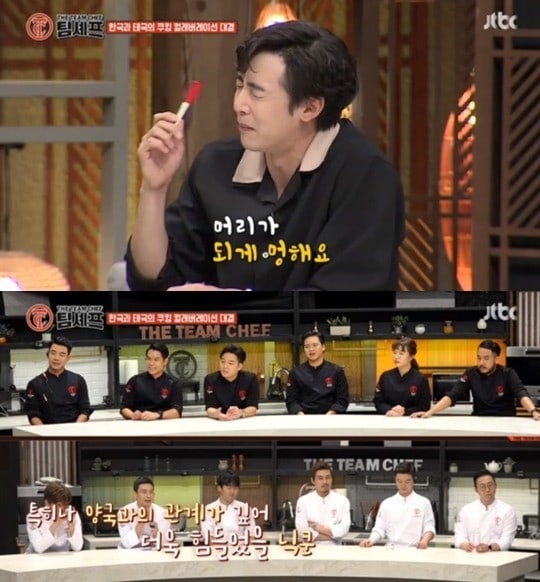