On April 4, 2PM’s Taecyeon made a guest appearance on SBS PowerFM’s “Choi Hwa Jung’s Power Time” and talked about his friendship with the “Dream High” cast.

Recently, a VIP premiere was held for Taecyeon’s movie, “House Above Time” (also known as House of the Disappeared). His former co-stars, actor Kim Soo Hyun, 2PM’s Wooyoung, and T-ara’s Eunjung, attended the event, and attracted a lot of interest.

On the radio show, Taecyeon was asked to elaborate more on his ongoing friendship with the “Dream High” cast. When asked if there is a group chat with the cast, he answered, “No, we don’t have one. I think we filmed that drama in 2010 or 2011. During that time, there were no group chatting programs.” 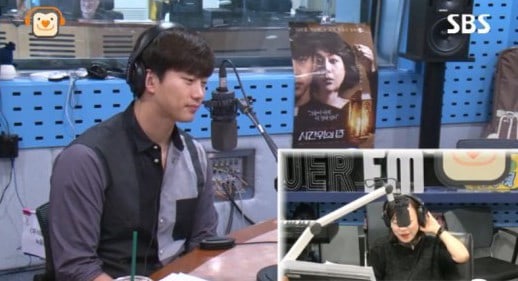 Later on, Taecyeon showed appreciation for his friends who attended the event. “I am thankful for Kim Soo Hyun and Eunjung coming to the event despite their busy schedules. They were only able to stay for the photos and did not have time to see the movie,” he said. “Wooyoung was the only one who was able to stay for the entire movie. After he saw it, he told the director that my acting had gotten better. It was a humorous moment,” said the singer-turned-actor.

Take a trip down memory lane and check out Taecyeon and the rest of the “Dream High” cast in the drama below!