The 2017 KBS Song Festival is set to be held tonight on December 29 with a small but star-studded lineup.

The event will be graced by eight teams, EXO, BTS, TWICE, Red Velvet, SEVENTEEN, Wanna One, MAMAMOO, and GFRIEND, as well as HyunA, Hwang Chi Yeol, and “The Unit” contestants.

Here are three points to look for as we near tonight’s festivities.

“Special concert” by eight of K-pop’s most representative teams

This year’s KBS Song Festival is planned like a relay of solo concerts by eight of Korea’s most representative K-pop groups. Each team is planning their stages based on the theme “Confession/Go Back,” and it will be interesting to see each team’s interpretations.

The production staff stated, “It will be a special music festival that hasn’t been seen before at end-of-the-year awards ceremonies. Each team has prepared a stage that showcases their unique colors.” According to a KBS representative, the 2017 KBS Song Festival will last for approximately 220 minutes, with each team being given approximately 20 minutes to perform.

KBS has taken the fact that they have had to drastically reduce the size of their end-of-the-year event, which went from 30 groups performing last year to just eight this year, and turned it into a unique opportunity for each group to create stages of the highest of qualities. 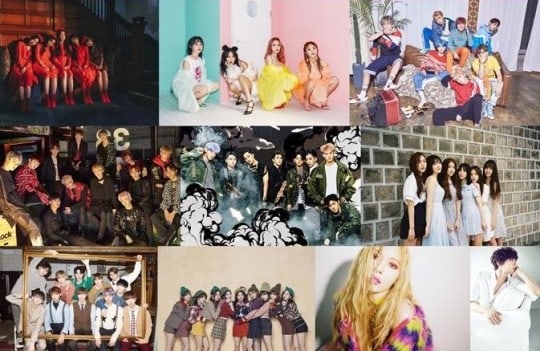 From unit performances to never-before-seen stages

Each group is doing their best to create an unforgettable night. Red Velvet sent viewers a secretive party invitation while MAMAMOO has announced that they will be performing a medley of 2017 hit tracks.

Quadruple million sellers EXO is set to put on an outstanding stage that incorporates a melodious piano performance by Chanyeol. BTS will get everyone excited with a stage that has only been seen at their Wings Tour. TWICE is said to be preparing a unit stage that they’ve only shown at their solo concerts that were held early this year, along with an encore concert in June. The girl group will be showcasing a more sophisticated, chic, and sexy side that differs from their usual bright and bubbly image.

SEVENTEEN is planning performances by their vocal, hip hop, and performance units while GFRIEND will be recreating hit 1990s girl group songs. 2017’s super rookies Wanna One will have a special performance that will involve Kang Daniel transforming into a DJ. “The Unit” mentors HyunA and Hwang Chi Yeol will also be putting on quite the show. 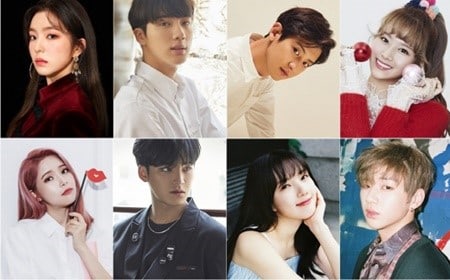 One member from each team will also become special MCs for the night. Irene (Red Velvet), Jin (BTS), Chanyeol (EXO), and Sana (TWICE) will be in charge of part 1 of the show while Solar (MAMAMOO), Mingyu (SEVENTEEN), Yerin (GFRIEND), and Kang Daniel (Wanna One) will helm the second part.

With one member from each idol group joining in, it will be interesting to see all of banter between them as they work together.

With so many exciting plans for tonight’s festivities, the 2017 KBS Song Festival will definitely be a memorable night for fans. So don’t forget to tune in tonight on December 29 at 8:30 p.m. KST!