SBS’s “The Last Empress” has revealed some fateful turning points that are amping up anticipation for the coming episodes.

Lee Hyuk fooled the Empress Dowager by making it seem as if Oh Sunny and Chun Woo Bin had died in a car accident, and the three together revealed the truth of the Empress Dowager’s schemings to everyone through a live broadcast on social media.

Here are some turning points that may test the fate of the three characters. 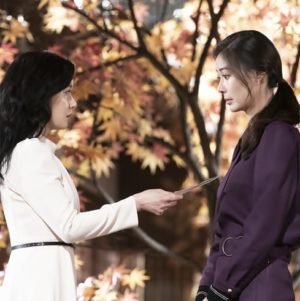 Empress Oh Sunny’s turning point — Will she find out that Chun Woo Bin is terminally ill?

Oh Sunny looked confused when Chun Woo Bin trained her in self-defense. After falling down during training, Oh Sunny asked, “Why are you so scary today? You said you would smile once a day, but you’re not even doing that.” Chun Woo Bin, however, replied in anger and startled Oh Sunny even more.

Oh Sunny has also been using Lee Hyuk’s feelings towards her to expose the evil actions of the Empress Dowager. With the return of Min Yu Ra (played by Lee Elijah) and Seo Kang Hee, who murdered Empress So Hyun (played by Shin Go Eun), many are curious what turn this game of revenge will take.

After hearing that he has three months to live, Byun Baek Ho (played by Kim Myung Soo) blamed himself. Chun Woo Bin, however, calmly stated, “I’m not scared of dying. It just means I’m going to my mother. If it weren’t for you, I would already be dead.” Even in this moment, Chun Woo Bin was worried about Oh Sunny and reassured Byun Baek Ho.

Thinking about the empress having to continue the fight alone after his death, Chun Woo Bin became emotional. Lee Hyuk witnessed this and set up a trap for the bodyguard, calling him into the palace by saying that the empress collapsed. He yelled, “When did you start betraying me?” and surrounded Chun Woo Bin with guards. Will Chun Woo Bin will be able to get his revenge within three months? 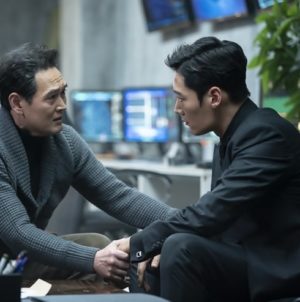 Emperor Lee Hyuk’s turning point — Will he turn his back on the Empress Dowager and choose Oh Sunny?

Lee Hyuk slowly began to have a change-of-heart towards the Empress Dowager, and expressed his love for Oh Sunny despite his mother’s schemes. After learning about the truth behind Empress So Hyun’s scandal, Lee Hyuk told his mother, “Starting today, I will give up being your child.” He then heard about the fabrication of Oh Sunny and Chun Woo Bin’s scandal and formed a plan to fool the Empress Dowager.

Once the emperor found out that Chun Woo Bin, the person he completely trusted, had feelings for Oh Sunny, he set a trap in order to draw him into the palace. His as-yet unknown plans for Chun Woo Bin have viewers on edge.

“The Last Empress” airs on Wednesdays and Thursdays at 10 p.m. KST. Check out the latest episode below!