As his character transforms from a naive high school student to a mature young man, Ahn Hyo Seop has been giving fans major second lead syndrome in the SBS drama “30 but 17.”

“30 but 17” is a romantic comedy that tells the story of a woman named Woo Seo Ri (played by Shin Hye Sun), who fell into a coma when she was 17 and woke up when she was 30, and a man named Gong Woo Jin (played by Yang Se Jong), who cut himself off from the rest of the world.

In the drama, Ahn Hyo Seop plays 19-year-old Yoo Chan, who is the captain of his high school’s rowing team. He is a warm-hearted character who adores his uncle Gong Woo Jin and is secretly in love with Woo Seo Ri, despite their age difference of 11 years.

Ahn Hyo Seop first appeared in the drama as an unrealistically handsome teenager who looked like he stepped out of a cartoon. The image of Yoo Chan breaking a sweat from his passionate efforts as the captain of the rowing team appears to have been lifted directly from a romantic cartoon. Whether declaring, “Don’t think, feel,” or affectionately raising a baby chick, his character is full of love and energy. 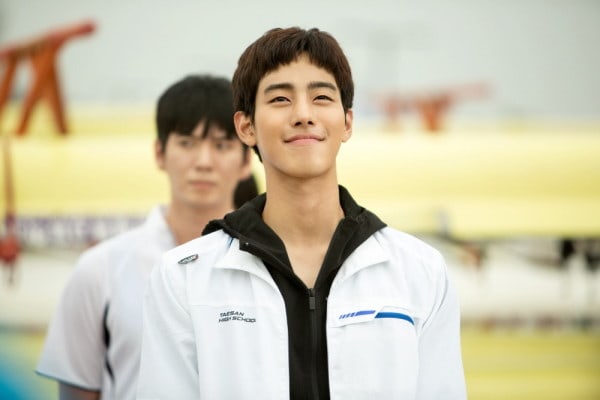 Yoo Chan is the linchpin that brings the characters together and keeps them happy. He is Woo Seo Ri’s greatest supporter and her guide to the modern world, which has become unfamiliar to her after her 13-year coma. When Woo Seo Ri is sad, he comforts her by asking if she wants to eat her favorite spicy rice cakes.

Yoo Chan also connects his uncle Gong Woo Jin to the world and sometimes acts as his “interpreter,” translating the inner thoughts and feelings that Gong Woo Jin is unable to express. His sincere concern and comfort for the other characters touch viewers’ hearts as well. 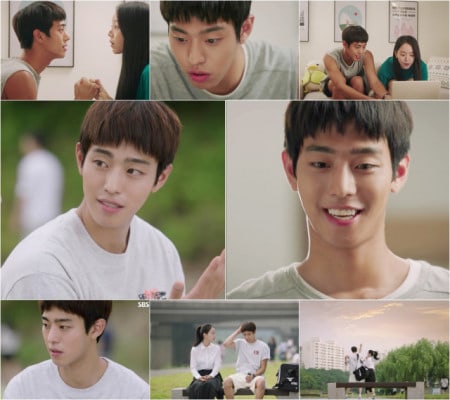 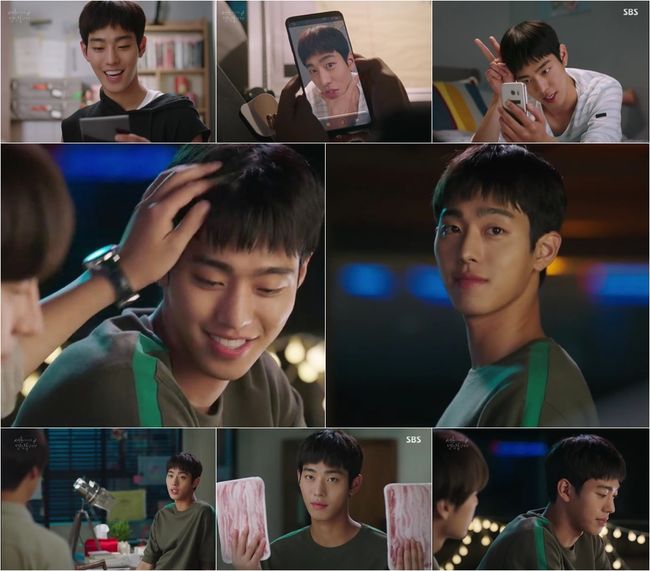 Yoo Chan eventually falls in love with Woo Seo Ri, and his determination to win first place and confess to her is endearing. When Woo Seo Ri worries that he’s working too hard, he tells her, “I want to speed up.” His desire to grow up faster has made viewers even more excited about the potential for a future love line with the female lead.

Although Yoo Chan was disappointed when Woo Seo Ri called him a baby in a recent episode, he grew overwhelmingly excited when a young boy addressed him as “mister.” His efforts to become a mature man for the woman he loves are both amusing and pitiful at the same time. 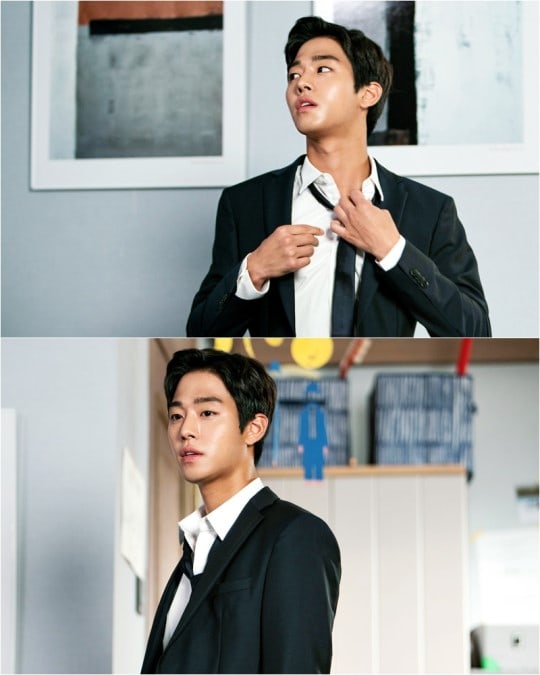 “30 but 17” airs every Monday and Tuesday. Catch up on the latest episode below!