In 2020, Lee Hyori received lots of attention and love for her decision to return to the entertainment industry through the show Hangout with Yoo. In this show, Lee Hyori formed a music group called SSAK3 alongside Yoo Jae Suk and Rain. 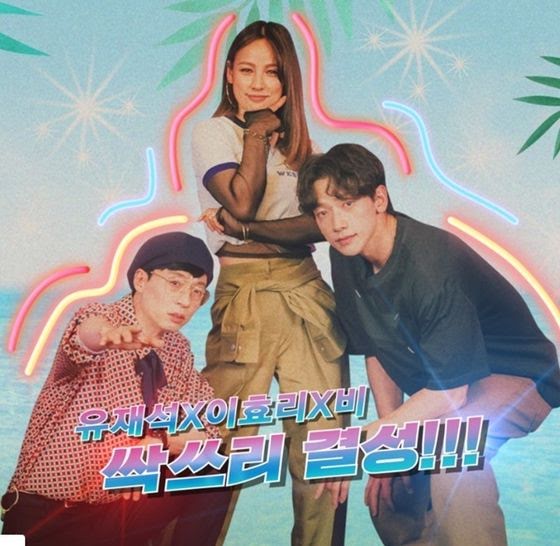 However, some controversy arose when Lee Hyori and Yoona held a live broadcast, as the two received some backlash for going to a karaoke venue and not wearing a mask in the midst of COVID-19.

Lee Hyori ended up putting on a mask later in the broadcast, and Yoona explained that she wore a mask while going to the karaoke venue and took it off when she arrived. 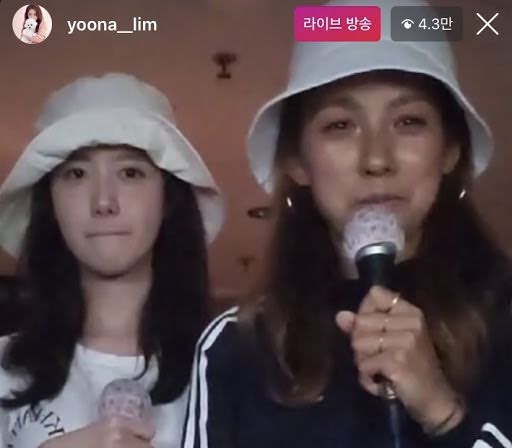 Despite the two releasing apologies, netizens were divided about their opinions regarding Lee Hyori’s activities with SSAK3. Some of them thought that Lee Hyori should leave SSAK3 and Hangout with Yoo due to her actions.

“I want you to leave the show.”

“I ask that you leave the show.” 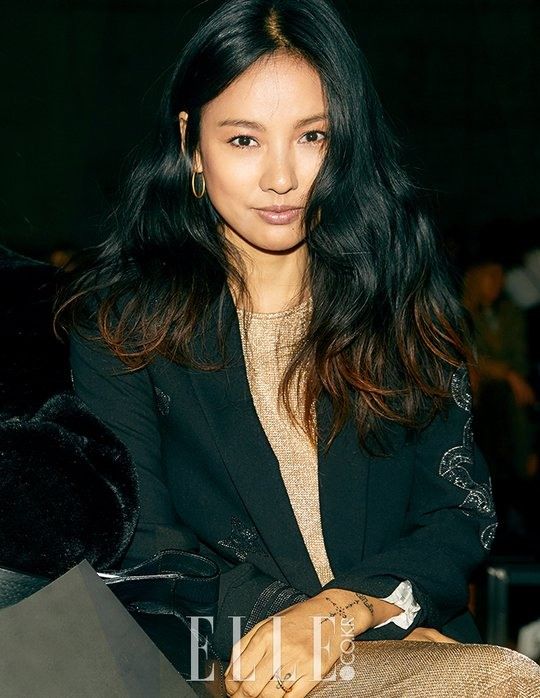 However, some netizens believed that she should remain on the show, as she had apologized for her actions.

“Are you seriously telling her to leave the show for this? Cheer up, Hyori!!” 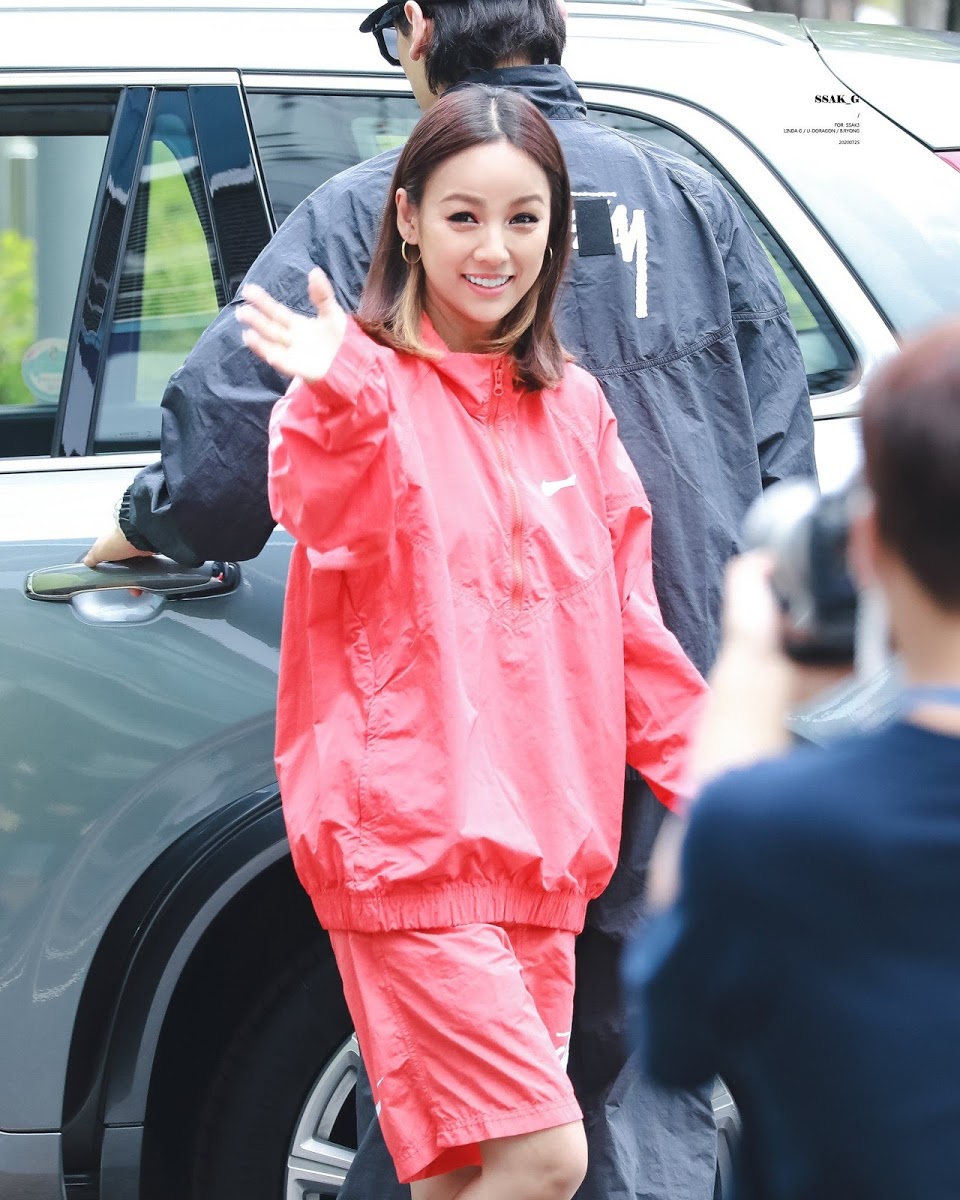 In the end, Lee Hyori ended up remaining on Hangout with Yoo and SSAK3. 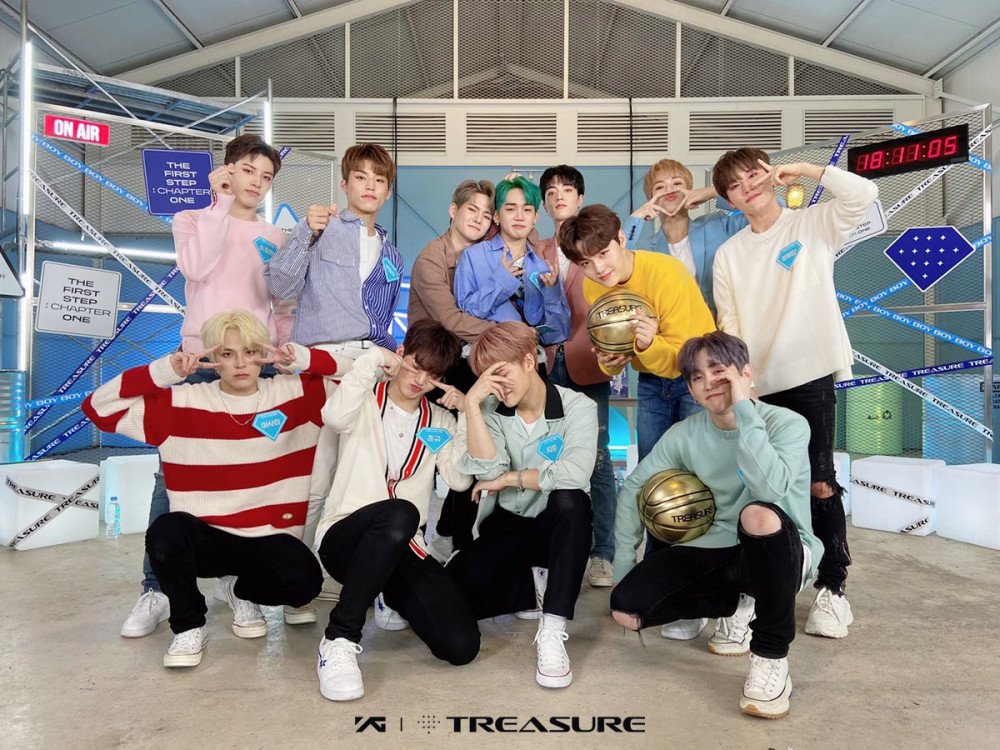 When TREASURE guested on KBS CoolFM radio program Kang Han Na’s Volume Up, they did a cover of WINNER’s “Really Really”. Some Korean fans thought that the entire performance was “disrespectful toward WINNER and fans in general”, as some of the members seemingly “didn’t even know the lyrics”.

“It’s not free karaoke time, guys. T-T There is a line that should not be crossed… Even fans can’t excuse them for this behavior.”

“Wow… they really flunked this.”

“You know, I might actually be able to excuse the lack of talent. But the behaviors? What the f*ck is wrong with them?” 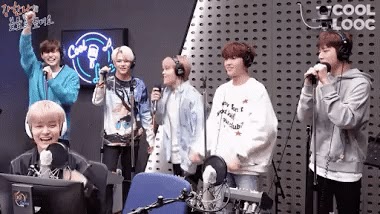 However, other fans came to TREASURE’s defense, as many international fans were fine with the laidback vibe of the performance. 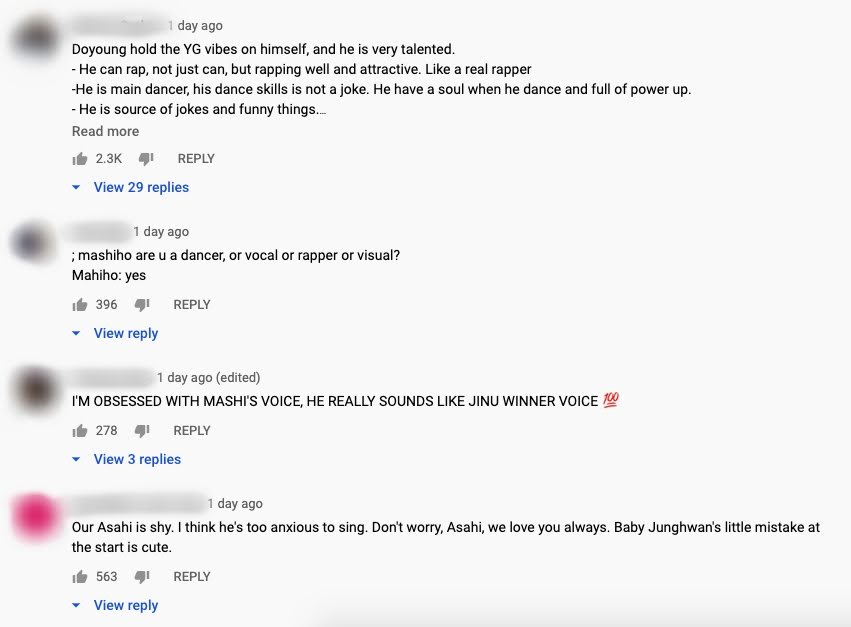 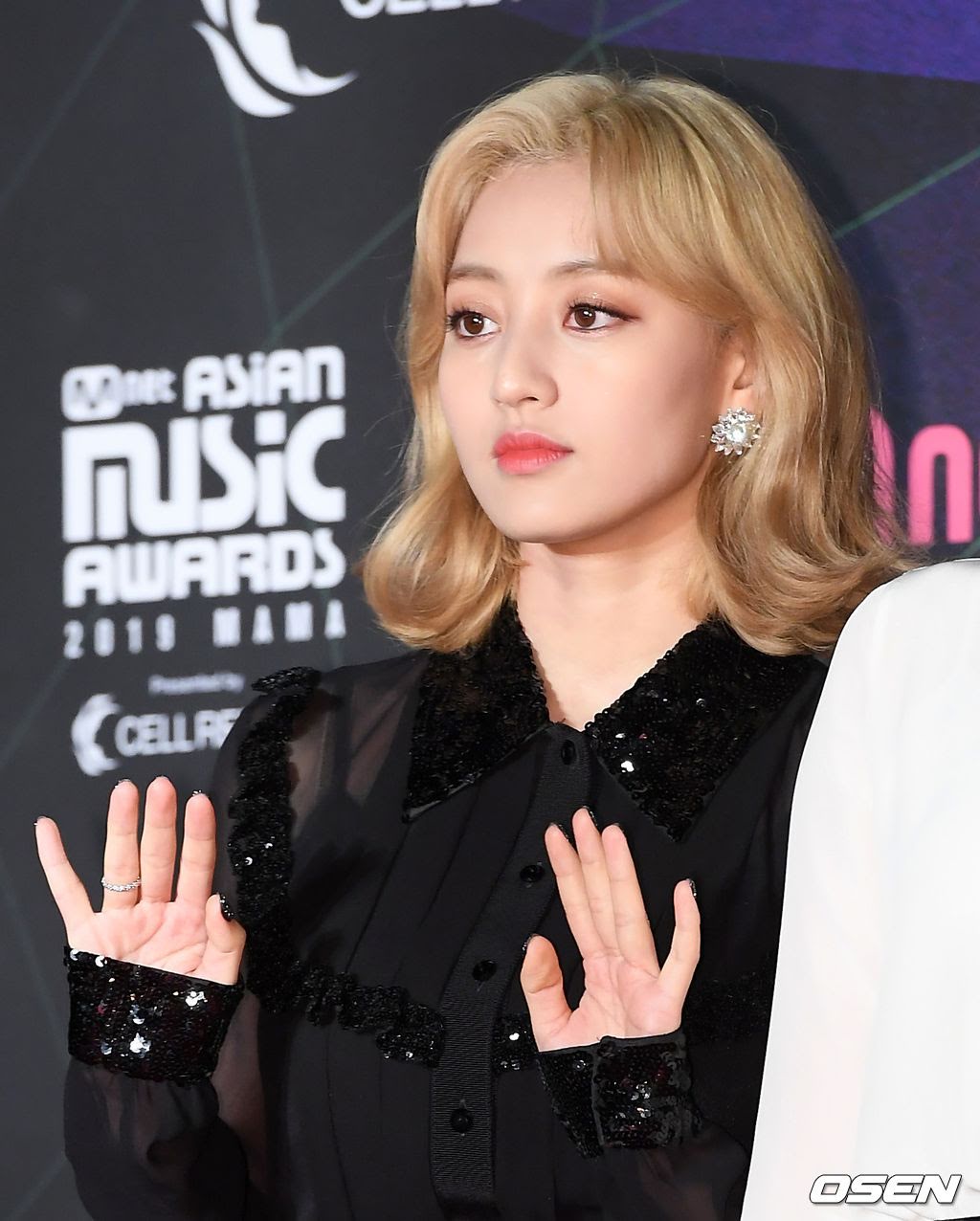 During the 2019 MAMA, Jihyo went missing for a short period of time. Some fans speculated her disappearance was linked to Kang Daniel, who Jihyo is dating. 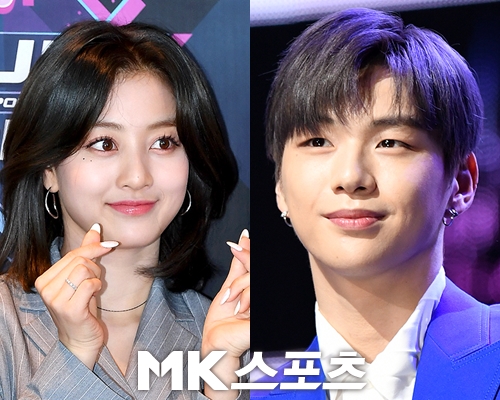 Jihyo eventually decided to address her disappearance, but her message received some mixed opinions. Jihyo lashed out at the “attention needy” fans who “blabbered” about why she went missing. 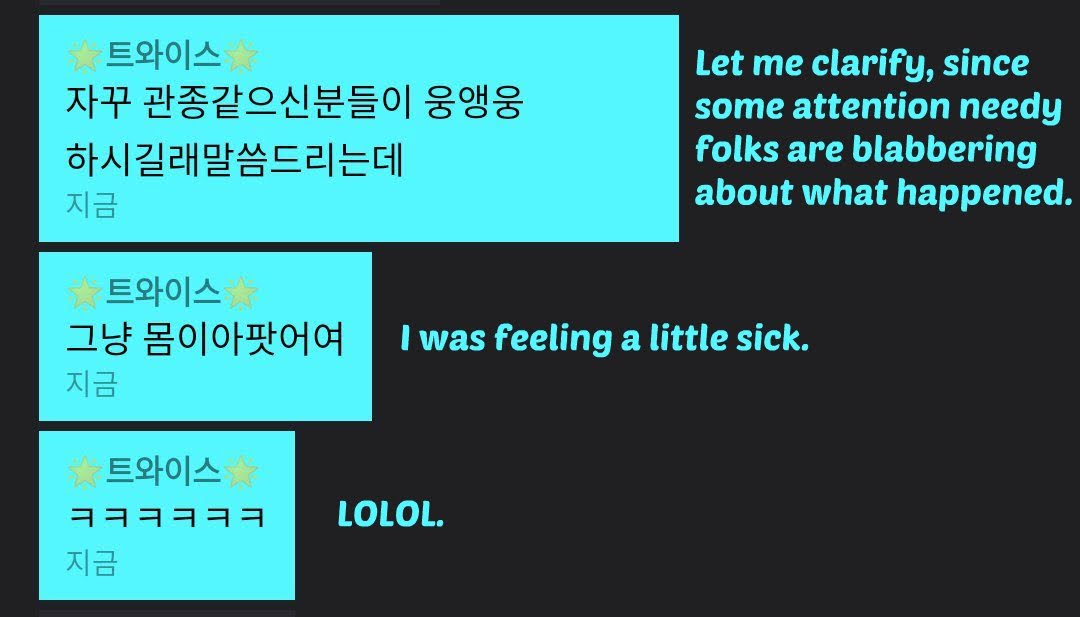 Also, in her message, Jihyo used the Korean term “웅앵웅”, which is a very informal type of online language. The term is often used on social media platforms to either 1. shorten, in similarity to English’s “Blah-di-blah” or “Da-da-da” or 2. disregard complaining opinions, like in the way English’s “Or whatever” does. 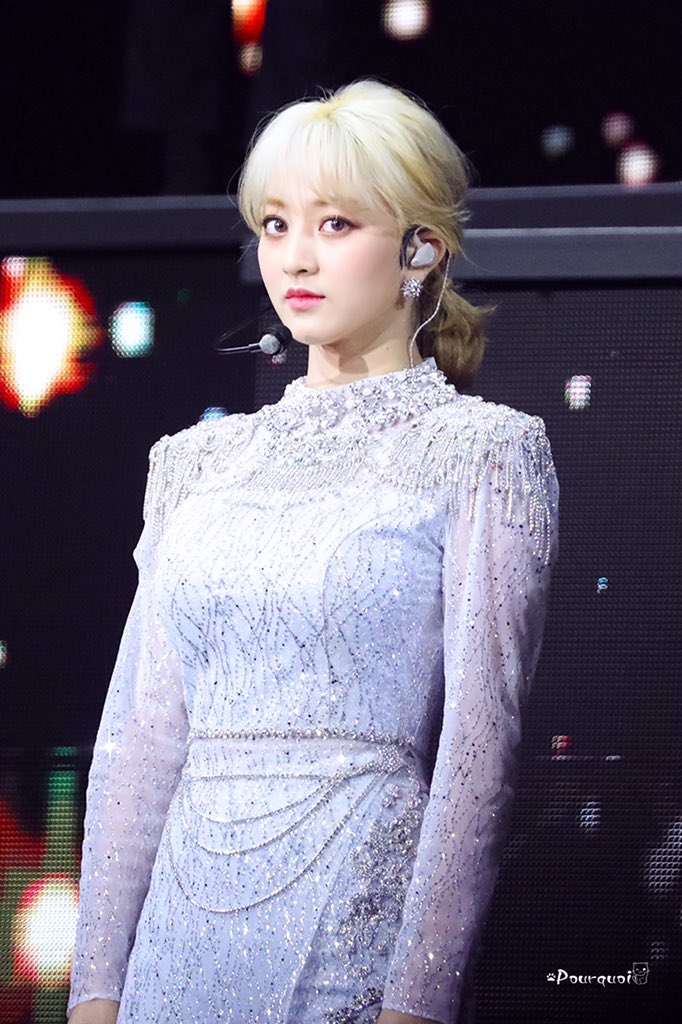 Jihyo also displayed a “sorry not sorry” attitude in her message.

ONCEs (TWICE’s fandom) were split about Jihyo’s aggressive tone in the message, as some believed that it was offensive and unprofessional.

Ah… Uh… I wasn’t going to call out anyone, but what’s going on Jihyo…? I get that it’s hard for you, but lashing out only hurts your fans. Can’t you use gentler words? Can’t you be a little more considerate of ONCEs and watch what you say? This is… This is really…

Jihyo, I get you didn’t like hearing this and that about yourself but if calling them weird and “attention needy” people makes you feel any better, then I mean… I really have nothing to say to that. Good for you, I guess. 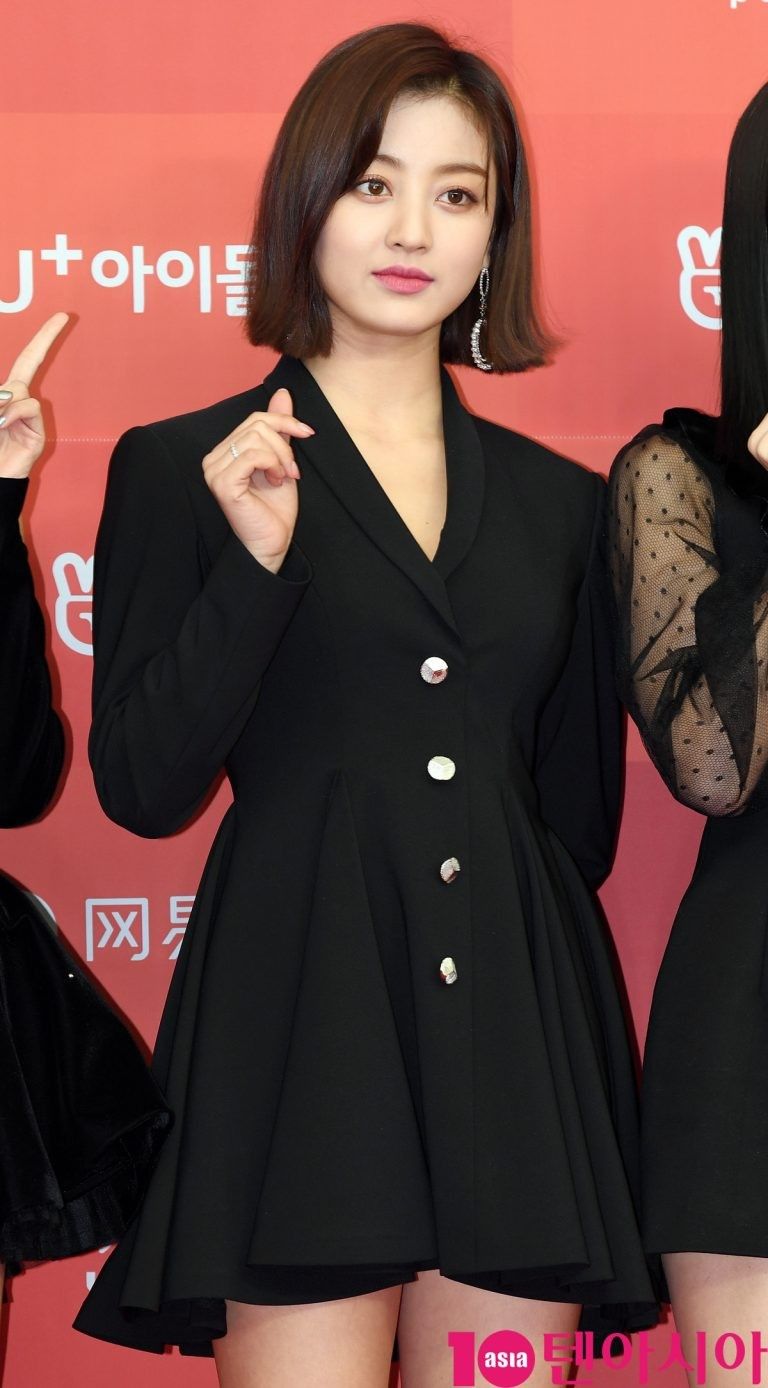 However, others thought that her straightforwardness was confident and satisfying.

I think Jihyo is amazing though. I respect her. I think the way she dishes facts is something I could learn from her. People tripping over her messages are probably the ones who spread rumors about her. Idiots. Jihyo didn’t say anything wrong. She only served facts. What’s the issue?

What the LOL Park Jihyo is fricking amazing LOL I’m cracking up so bad, haha. Oh man, Jihyo is seriously the best. 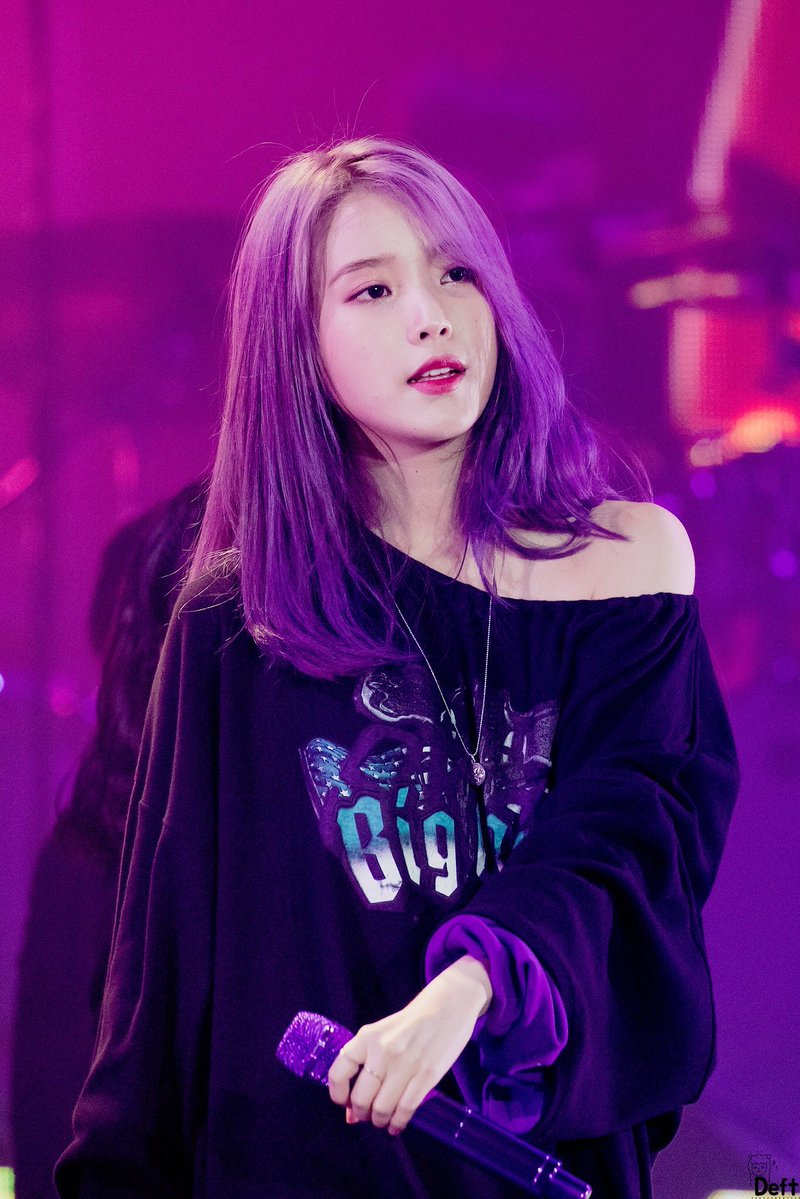 A fan once got sued by IU’s agency, Kakao M, due to them broadcasting IU’s concert. While the broadcast was “audio-only”, the agency still found the fan’s behavior unacceptable (and illegal by Korean law, to be exact).

However, netizens were divided about the agency’s decision, as some believed that such a drastic measure wasn’t needed, while others thought it was appropriate.