Manhwa (and webtoons) and K-Pop are undeniably growing in popularity every year. With these two amazing forms of entertainment being exports from Korea, it’s difficult not to draw comparisons to the two art forms. Below is a list of five female K-Pop idols who are basically real-life manhwa characters, which include a short synopsis of the comic and reasoning as to why the comic’s main character and your bias are basically art imitating life!

1. TWICE‘s Sana as Yoonsoo/Vasser from As You Wish, Prince

As You Wish, Prince is a manhwa about a writer who gets pulled into her story by a disgruntled character whose storyline she dramatically changed. A slow-burn romance full of adventure and plot twists, As You Wish, Prince is perfect for fans of the isekai (travels to another world) genre.

“If you wrote me, then you can give me the throne!” Yoonsoo is the successful author of a popular fantasy series. Just as she’s about to start work on a new series, Imperial Prince Kyte Einzen, the worst villain she created has kidnapped her into the world of her own story?! Can she mold this nightmare into a story that will turn both their fates around? Based on the hit novel.

— As You Wish, Prince synopsis 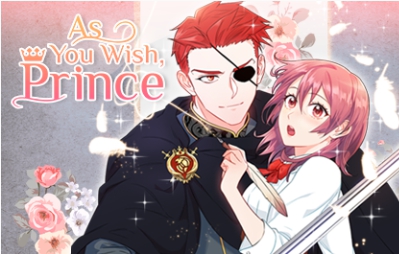 With her freshly-dyed pink hair and innocent face, Sana perfect encapsulates the main character Yoonsoo’s (also known as Vasser in the other world) appearance. Like Yoonsoo, Sana is clumsy, empathetic, beautiful, and unafraid to stand up for herself. 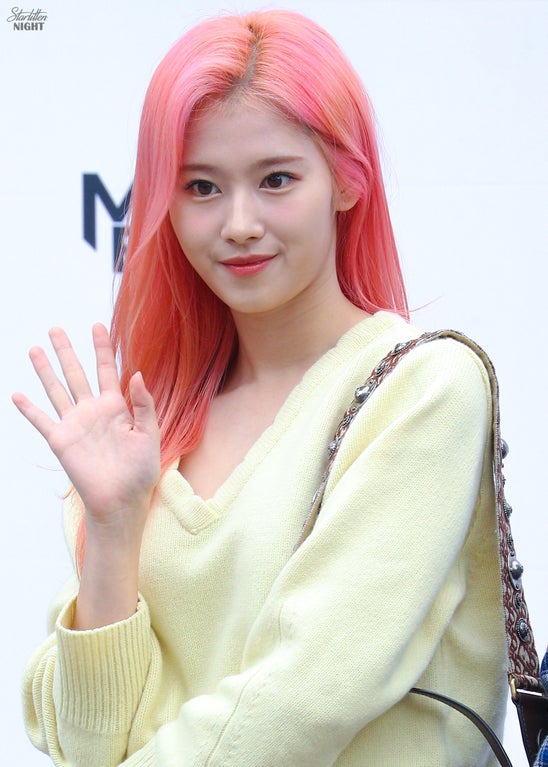 2. Dreamcatcher‘s Siyeon as Shim Chong from Her Tale Of Shim Chong

Her Tale Of Shim Chong is an intriguing girl love manhwa about titular character Shim Chong and her struggle to survive as she takes care of her blind father, who is unable to work. Tired of living half a life as a beggar, her fortune begins to change after she befriends the new lady of the Jang family.

Based on a Korean folktale, two very different women find themselves making the same wish – to leave this world behind. One is Shim Chong, a young beggar living off the kindness of others to support herself and her blind father. The other is the bride-to-be of old Chancellor Jang, sold off to him for the sake of her family. When Shim Chong rescues this new bride from the river, their relationship triggers both love and hidden intentions. But will these two women be able to find their way forth in a world that favors men?

— Her Tale Of Shim Chong synopsis

While Siyeon’s life is significantly better than Chong’s, as she doesn’t have to beg to make a living, like Chong, whose presence is largely ignored by the people in her village, Siyeon’s vocal talents are severely underrated.

As Her Tale Of Shim Chong is a girl love comic, we’d be remiss not to mention that Siyeon recently made the bold choice not to change pronouns when she covered EXO‘s “Overdose“. Her meaningful decision to sing the song as-is meant a lot to LGBTQ fans, making it obvious that she’s a strong person that is unafraid to do what she feels is best, like the titular character. 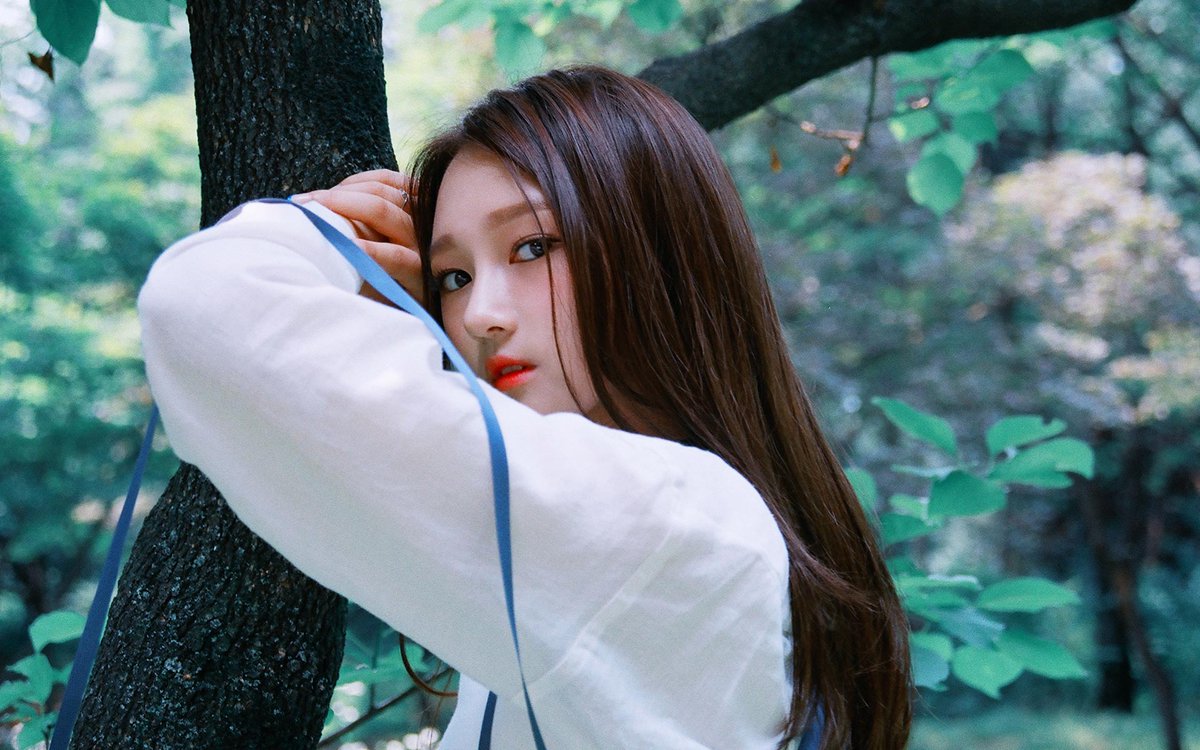 Bloody Sweet follows the story of the unfortunately named Naerim, who is the daughter of a mudang (priestess). Because Naerim is constantly bullied, she is a shy people-pleaser who is afraid to stand up for herself. As a result of yet another bullying incident, Naerim meets and becomes bound to the vampire Fetechou, and that’s really where her story begins. A slow-burn love story with important life lessons, including learning how to love yourself, Bloody Sweet lives up to its name.

When the daughter of a shaman gets “strung up” with a centuries-old vampire, is it love or something more sinister that binds them? From Narae Lee, artist of the hit OEL manga ‘Maximum Ride,’ comes the story of two misfits and their quirky, fantastical romp to find one another. (A.K.A. Honey Blood)

In addition to having the same black hair and bangs as Naerim, Red Velvet’s Irene is known to be a shy introvert who was slow to open up about her problems. Irene and Naerim are also both very sensitive and had to learn to go on a journey of positive growth. 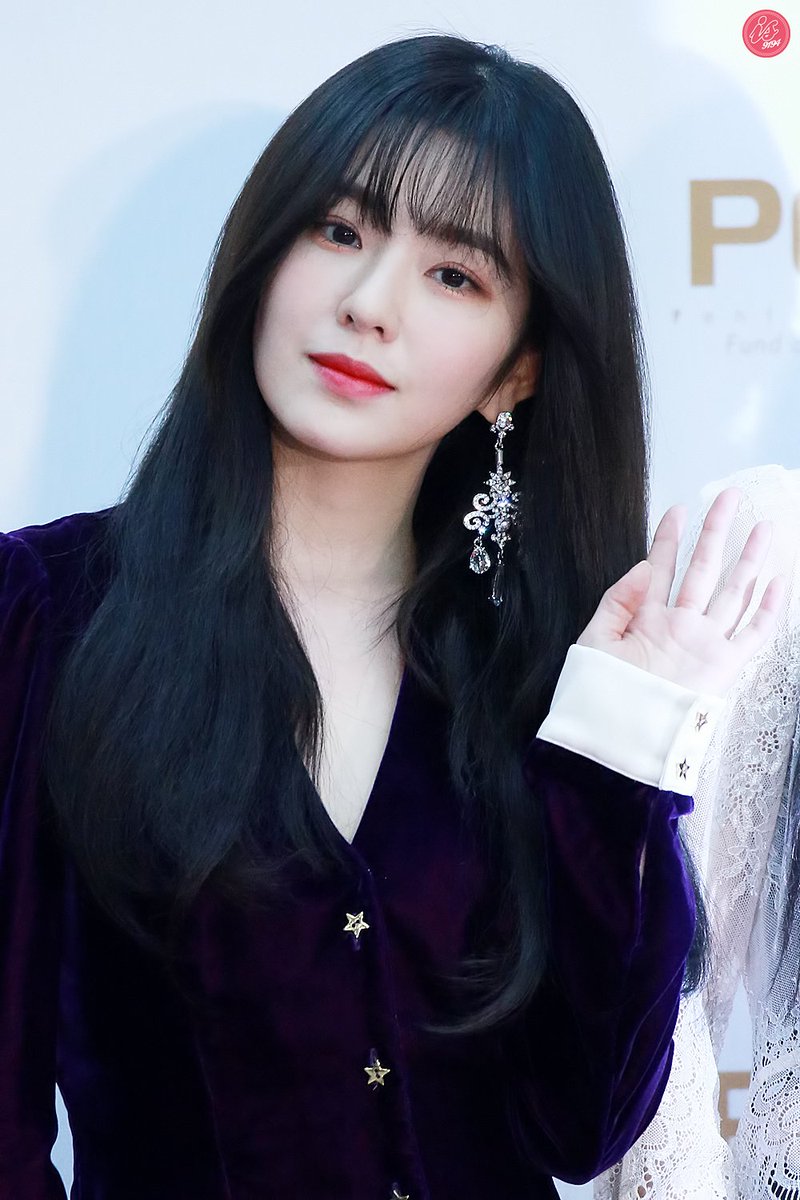 Not to mention, Naerim has a fondness for wearing traditional clothes and Irene is a stunner who looks amazing in a hanbok! 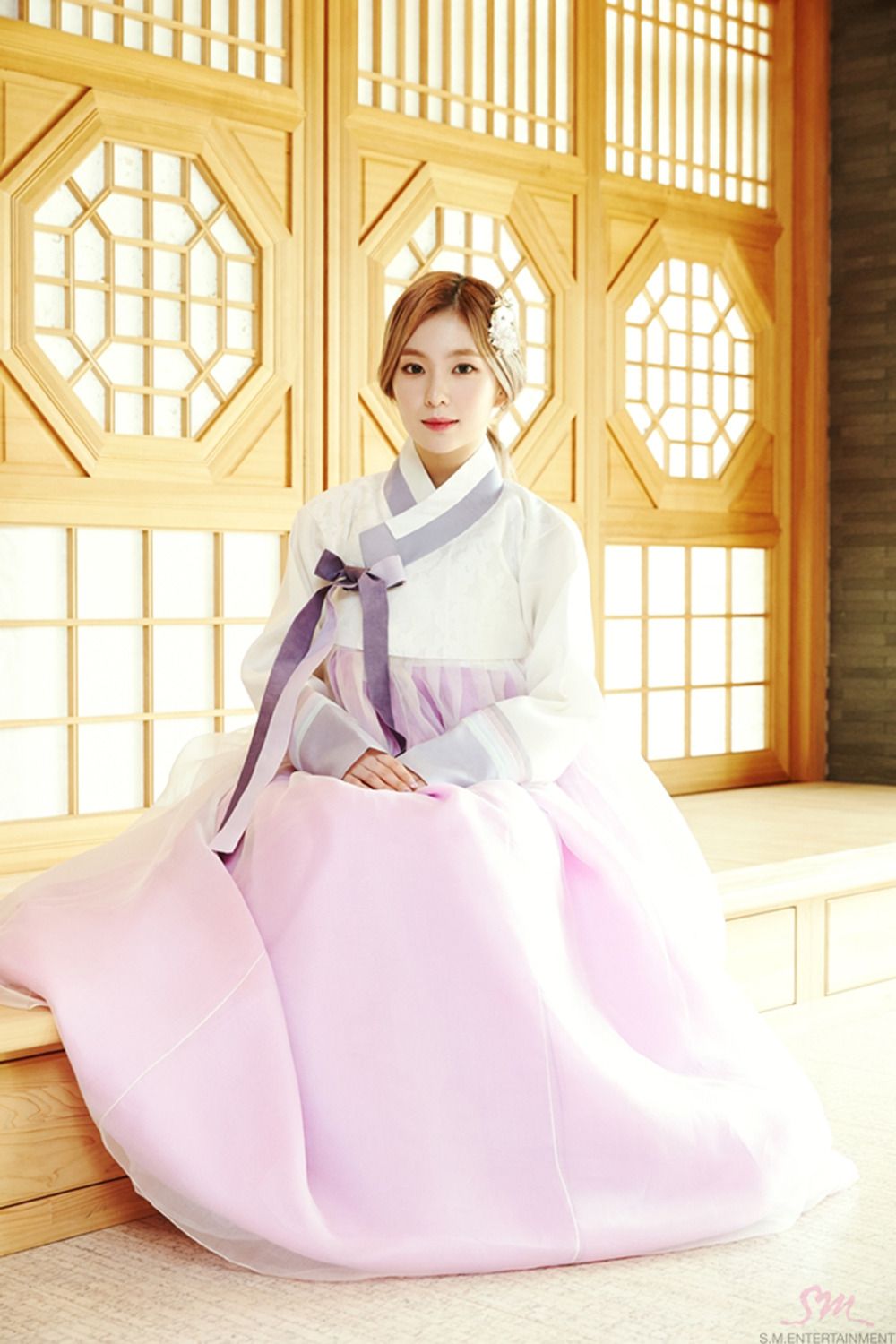 4. TWICE‘s Jihyo as Maha from Imitation

Imitation is a popular manhwa about the K-Pop industry. The artist spent a lot of time researching what trainees go through and what life is like for K-Pop idols. While there are several groups and idols in the comic, the main character Maha is from up-and-coming three-person girl group Tea Party. Most famous for being a look-a-like of the popular icon and idol La Lima, Maha isn’t terribly popular among other celebrities, who detest copy-cats. Another slow-burn romance with a bit of a love triangle and some petty drama, Maha has to learn how to juggle finding herself, being an idol, and having a secret relationship. Through trials and tribulations, Maha begins to find herself and becomes more confident, aware, and thoughtful as the story progresses.

Rising sensation Maha joins the new girl group Tea Party, after videos of her imitating other singers go viral. Ryoc, a member of the boy band Shax, is skeptical of her talent at first for being a fake. But as they keep crossing paths in the hectic music industry, they soon become a couple that must hide their relationship from the prying eyes of fans and fellow idols. Can ‘imitation’ Maha find it in herself to become a real star?

TWICE’s Jihyo is beautiful and has a good heart, just like Maha. Although Jihyo has never been accused of being an “imitation”, she is very similar to Maha. Despite having insecurities, Maha is a wonderful friend who tries her best to be positive and uplifting, even though she can be just a smidge oblivious. Maha is outgoing and loud and has a bubbly personality. While we can’t speak to Jihyo relating to Maha’s negative characteristics, she certainly fits all the positive traits! In fact, Jihyo is known as TWICE’s “mic” because of her loud, outgoing personality.

In another fun coincidence, Maha and Jihyo both have romances with handsome K-Pop idols, although Jihyo’s agency confirmed her romance while Maha did her best to keep her relationship under wraps. 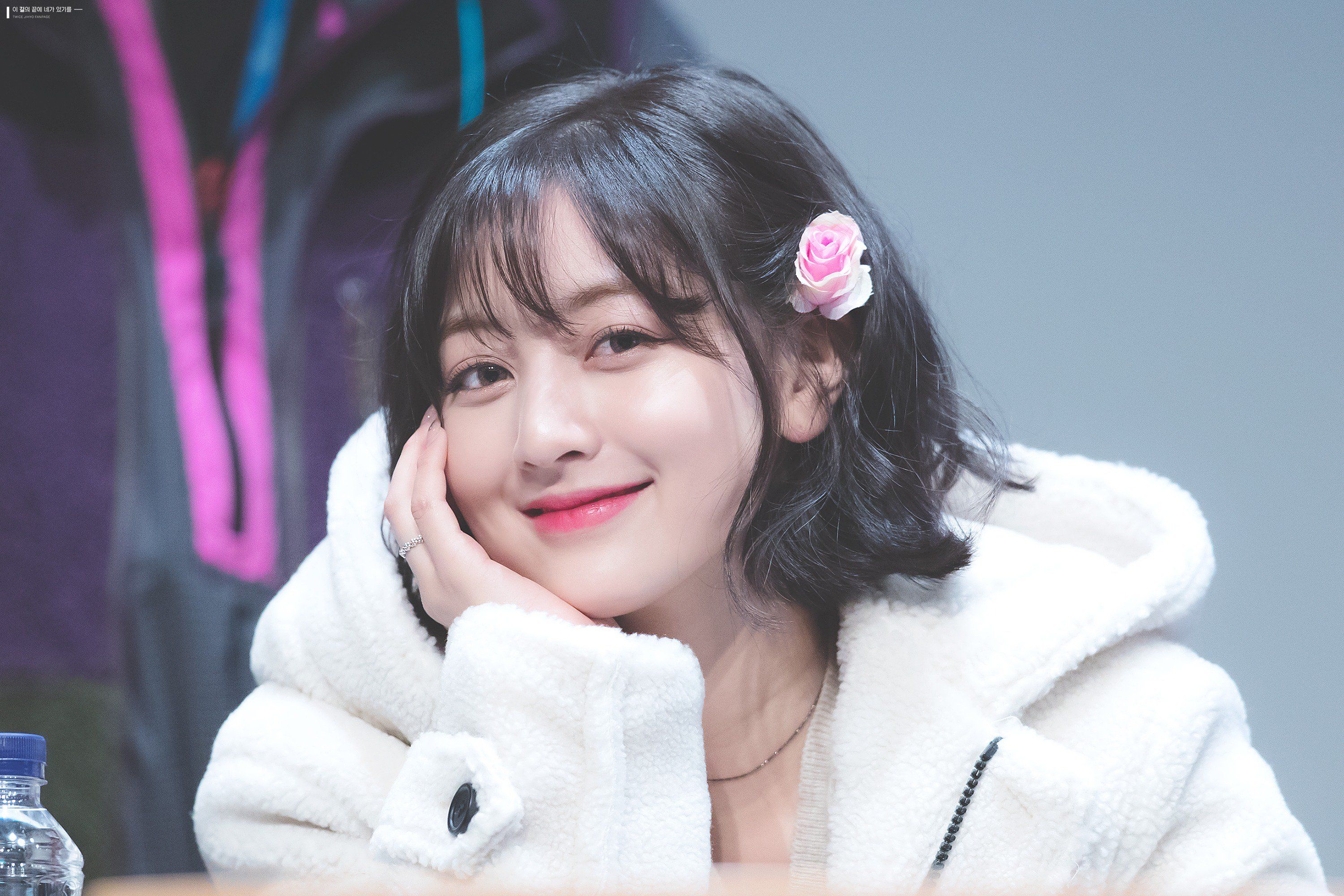 5. IU as Miso from What’s Wrong With Secretary Kim?

What’s Wrong With Secretary Kim? is a popular manhwa that was adapted into a wildly popular Korean drama last year. The drama was so well received by the public that there were even rumors that the two leads were dating! Miso, the main character, has been the perfect secretary for the insufferable Youngjoon for years and years, tolerating his narcissistic behavior because the job paid so well, however, after she managed to pay off her father’s debt she was free to quit and live her life freely. Things don’t go exactly as Miso plans, but sometimes life has a funny way of surprising you by giving you something better than what you expected.

Handsome, loaded, and arrogant Youngjoon is the VP of a major corporation. Miso has been his perfect secretary, practically legend for surviving her narcissistic boss for 9 long years. But now that she’s quitting, is there really nothing — or no one — that can stop her from walking away? Based on the original hit novel, and now adapted into a Korean TV drama.

They are both generous individuals who worked hard for everything they have, making sure to take care of their family when they achieved financial success.

Happily for Miso and IU, although their lives may not have had a smooth start, they both found happiness in their careers and lives. 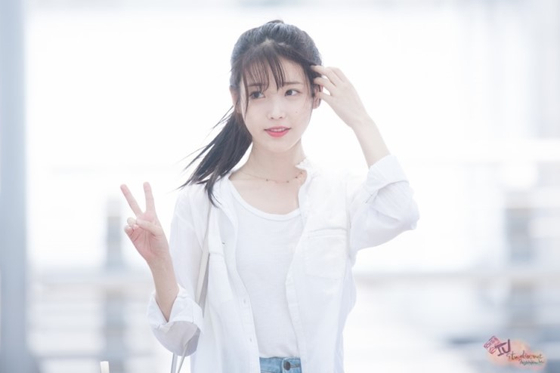