It’s that time of the year again, but this time, you’re the one in an overpriced graduation cap and gown who has just graduated with a big smile and has no idea what you’re going to do a month from now. A month passes. You’ve turned in over 10 job applications this week and you’re starting to feel hopeless now that you haven’t received a single phone call. As usual, it’s time to go on Soompi for news on the newest K-dramas.

Then it hits you. Those light-hearted, quirky K-dramas where the misunderstood and slightly-tortured third-generation chaebol rescues the poor, hard-working, but bright, kind girl who is just trying to make ends meet are suddenly annoying. Why does she even have the latest smartphone?! Why is he picking out her whole new wardrobe?! What you thought was cute a month ago is now annoying and unrelatable. Maybe it’s because there aren’t enough chaebols to go around or maybe it’s because adulting is too hard. Maybe you don’t even want a chaebol. Maybe all you want right now is a decent paying job that you are passionate about.

Whatever it may be, here are five fun, relatable K-dramas that will motivate us to not give up on our dreams no matter how hard job hunting gets. These dramas offer fresh, positive, and inspirational stories of what it means to be in your 20s and how priorities and career goals change over time. Take a deep breath and let’s get started on making your week better! 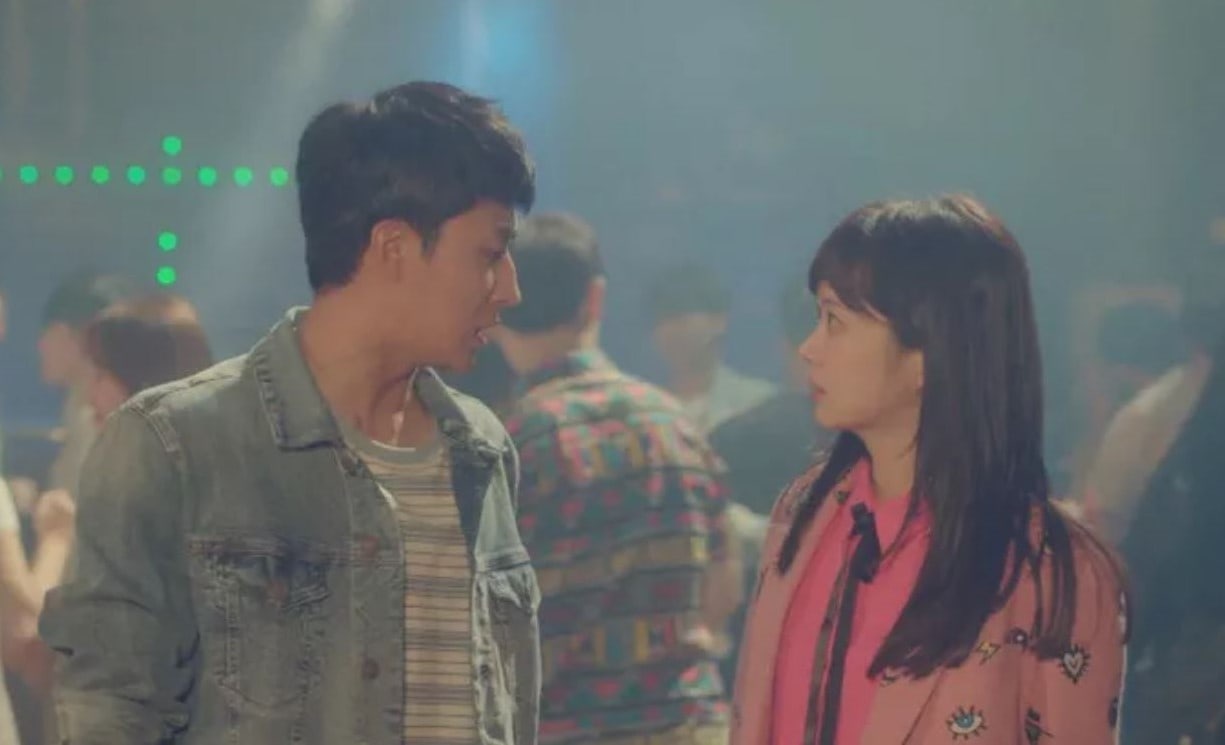 Right off the bat, we learn that happily-ever-afters are shattered by the grim reality of late utility bills, endless chores, miscommunication, zero work-life balance, and the death of a loved one. Doesn’t this already sound familiar and realistic? The grass really isn’t greener on the other side. College sweethearts Choi Ban Do (Son Ho Jun) and Ma Jin Joo (Jang Na Ra) are now overworked, jaded, lonely 38-year-olds who have realized that their careers and marriage didn’t turn out the way they had planned. They decide to break up only to time-travel 20 years into the past — back to their glory days at college in 1999.

As we watch Ban Do and Jin Joo experience college again and try their best to avoid one another, we also think fondly of our university days and realize how good we had it. Just like Jin Joo, we get caught up in the rush of everyday life and forget to cherish our loved ones and appreciate the little things. Take things one day at a time. Our dreams and priorities will change as we get older and wiser — and that’s alright. 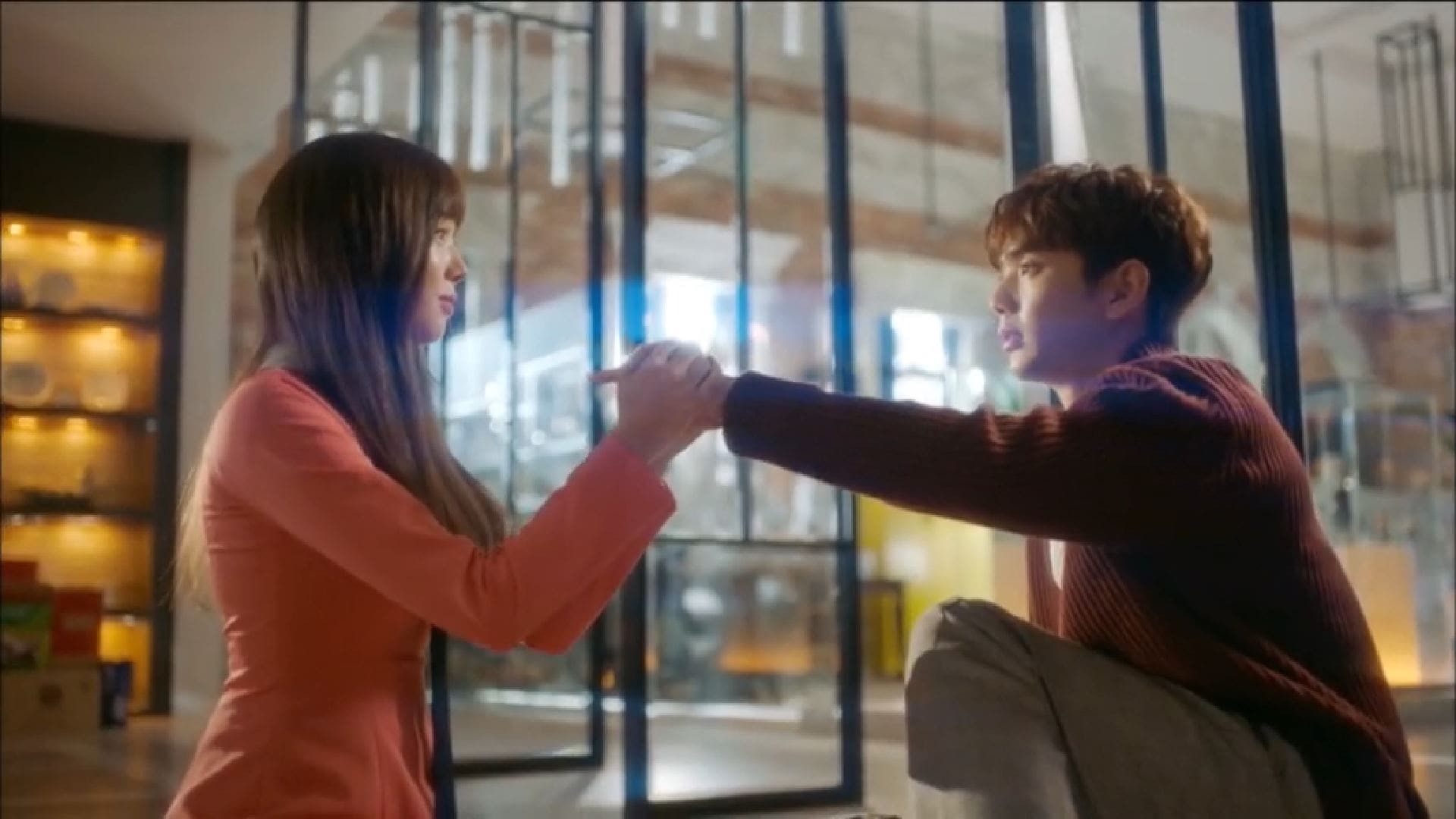 There’s a chaebol in this hilarious, unconventional drama, but the heroine isn’t your typical helpless girl with a heart of gold. Jo Ji Ah (Chae Soo Bin) may be poor, but she is a strong, independent entrepreneur who believes in her unsuccessful inventions and wants to start her own business.

Like many of us, Ji Ah wants to be her own boss and to be taken seriously by her family. Pressured by her brother to get a normal 9-to-5 office job and pay off her loans, Ji Ah gets roped into pretending to be a robot named Aji 3. As the sassy, disobedient robot Aji 3, Ji Ah helps her master, Kim Min Kyu (Yoo Seung Ho), overcome his allergy to humans and learn to trust people again.

Ji Ah’s relentless pursuit of her dream and her kindness to Min Kyu reminds us to believe in ourselves or no one will. We shouldn’t look for approval from others or give up on our dreams just because they’re unconventional.

Catch the first episode of “I Am Not A Robot”: 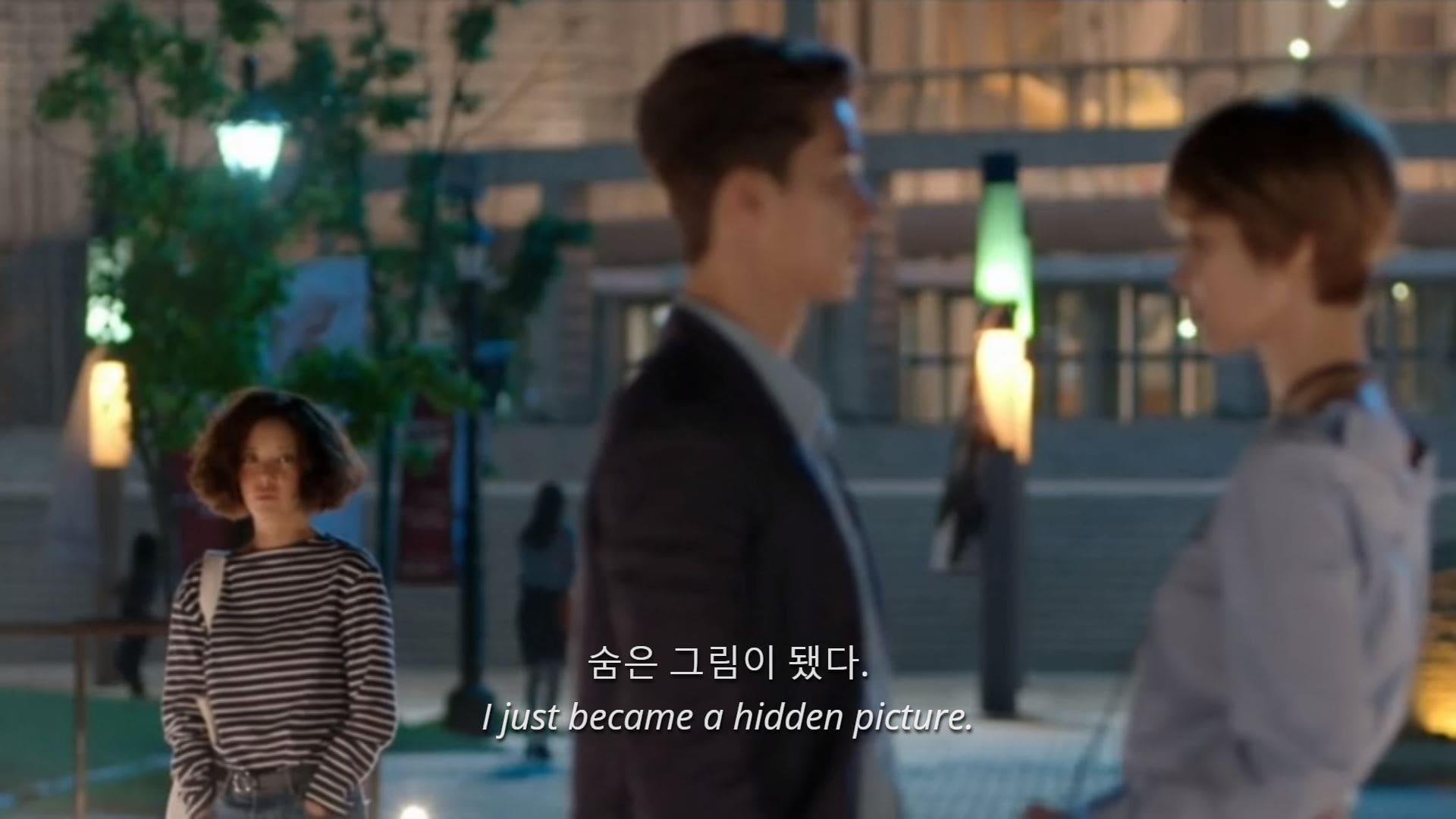 Whether we like it or not, looks tend to matter in a competitive job market. The title of this drama signifies the importance of beauty in a materialistic, superficial world and the physical transformation of Kim Hye Jin (Hwang Jung Eum) and her first love Ji Sung Joon (Park Seo Joon). In fifth grade, Hye Jin was the popular, pretty girl who was the only one genuinely kind to Sung Joon, an overweight and shy nerd. When Sung Joon returns as a handsome, successful fashion magazine editor 15 years later, he doesn’t recognize Hye Jin due to her skin condition. Dismayed and disappointed, Hye Jin asks her best friend to meet Sung Joon in her place, but things get complicated once Hye Jin is assigned to be Sung Joon’s new intern.

We cheer for Hye Jin as she picks up new skills, builds up her self-esteem, and learns to embrace her quirkiness. This reversal in fate reveals how one’s character shouldn’t be determined by physical beauty nor should success be determined by wealth and social status, and it’s inspiring to watch Hye Jin work hard at her job in order to break stereotypes and to prove herself. We’ve all been overlooked or unappreciated before but look on the bright side: hard work always pays off. Your effort and perseverance will lead to more opportunities.

Catch the first episode of “She Was Pretty”: 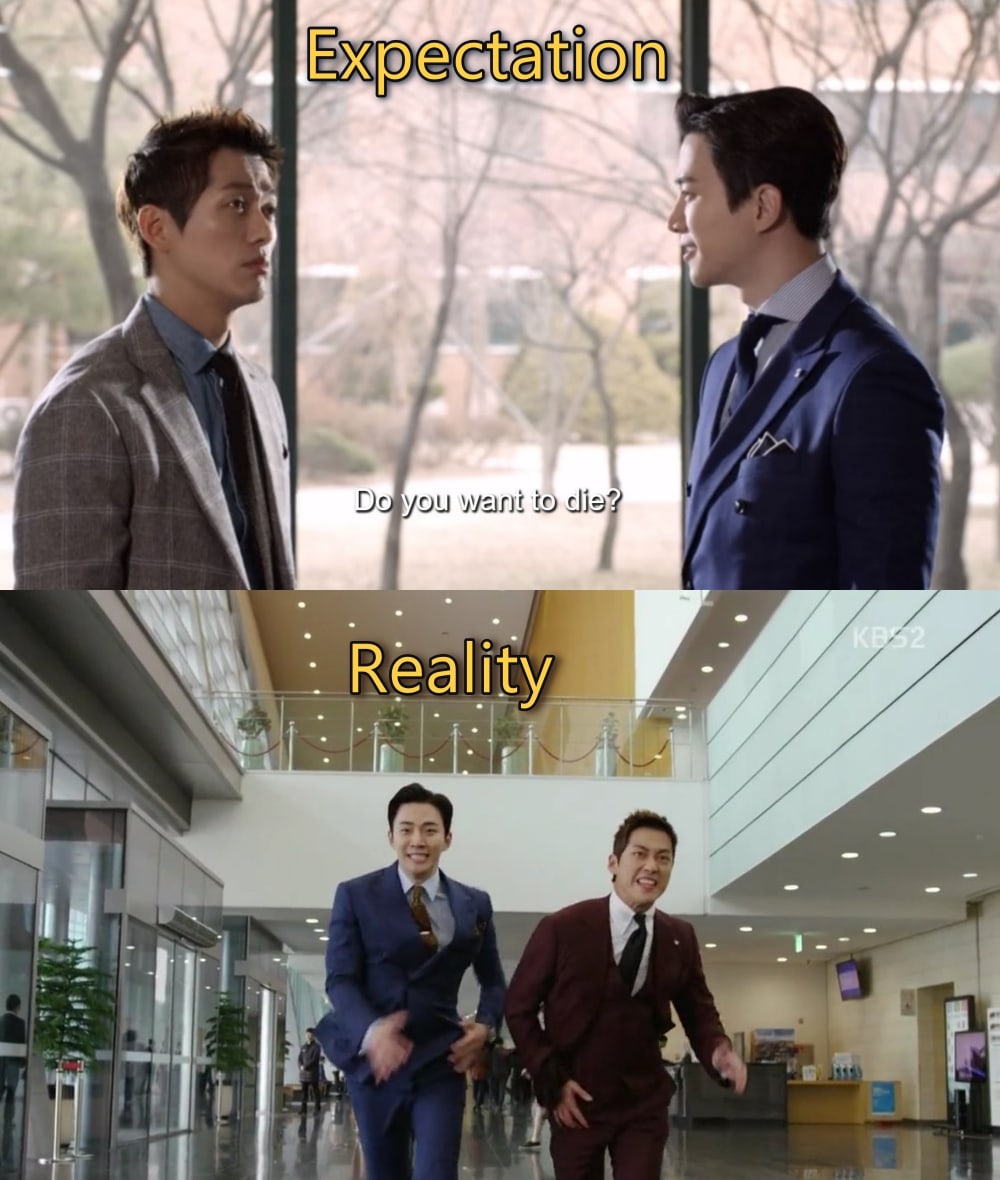 “Chief Kim” is outrageously funny and definitely not your typical office drama. Strange, unpredictable, and brilliant, Kim Sung Ryong (Namgoong Min) is a talented accountant who works for gangsters and always tries to scam his employers. He becomes the manager at a top company only to learn that the chairman wants to use him as a scapegoat for accounting fraud. Chief Kim ultimately realizes how much his new eccentric employees are suffering due to the corrupt chairman and decides to fight for justice by exposing the chairman’s embezzlement.

Of course, it’s disheartening — and relatable — to see how Chief Kim and his employees constantly work overtime, don’t get credit for their hard work, and become the scapegoats whenever something goes wrong. But there are also many scenes of heartwarming everyday office life and unlikely friendships. (Chief Kim is that loyal leader we all want to have on our team!) Not to mention, the rivalry — or bromance — between Kim Sung Ryong and his nemesis Director Seo Yool (2PM’s Lee Junho) is a must-watch and a popular favorite among K-drama fans.

What is “Chief Kim” doing on this list instead of “Incomplete Life” (a.k.a. “Misaeng“)? You can always watch “Misaeng” for its slice-of-life office drama or you can simply enjoy them both!

Dreams change over time. Where you end up in your career might not be imaginable or realistic to the 10-year-old you. In “Fight My Way,” four friends deal with uncertainty and failure in their late 20s, something I’m sure we can all relate to in some way. In particular, Dong Man, a has-been national taekwondo champion, decides to train with his old coach again while Ae Ra pursues her lifelong dream of becoming an announcer. The Crazy Fantastic Four — Choi Ae Ra (Kim Ji Won), Ko Dong Man (Park Seo Joon), Baek Seol Hee (Song Ha Yoon), and Kim Joo Man (Ahn Jae Hong) — don’t have the right qualifications like most recent college graduates, but their friendship and persistence help them overcome obstacles in their careers. Their stories remind us to keep fighting for our dreams and to keep putting ourselves out there.

Here are some things you just can’t miss:

Watch these messy dorks and childhood best friends deal with everything life throws at them. Be proud of who you are right now and ignore all the petty haters like Ae Ra.

Catch the first episode of “Fight My Way”: 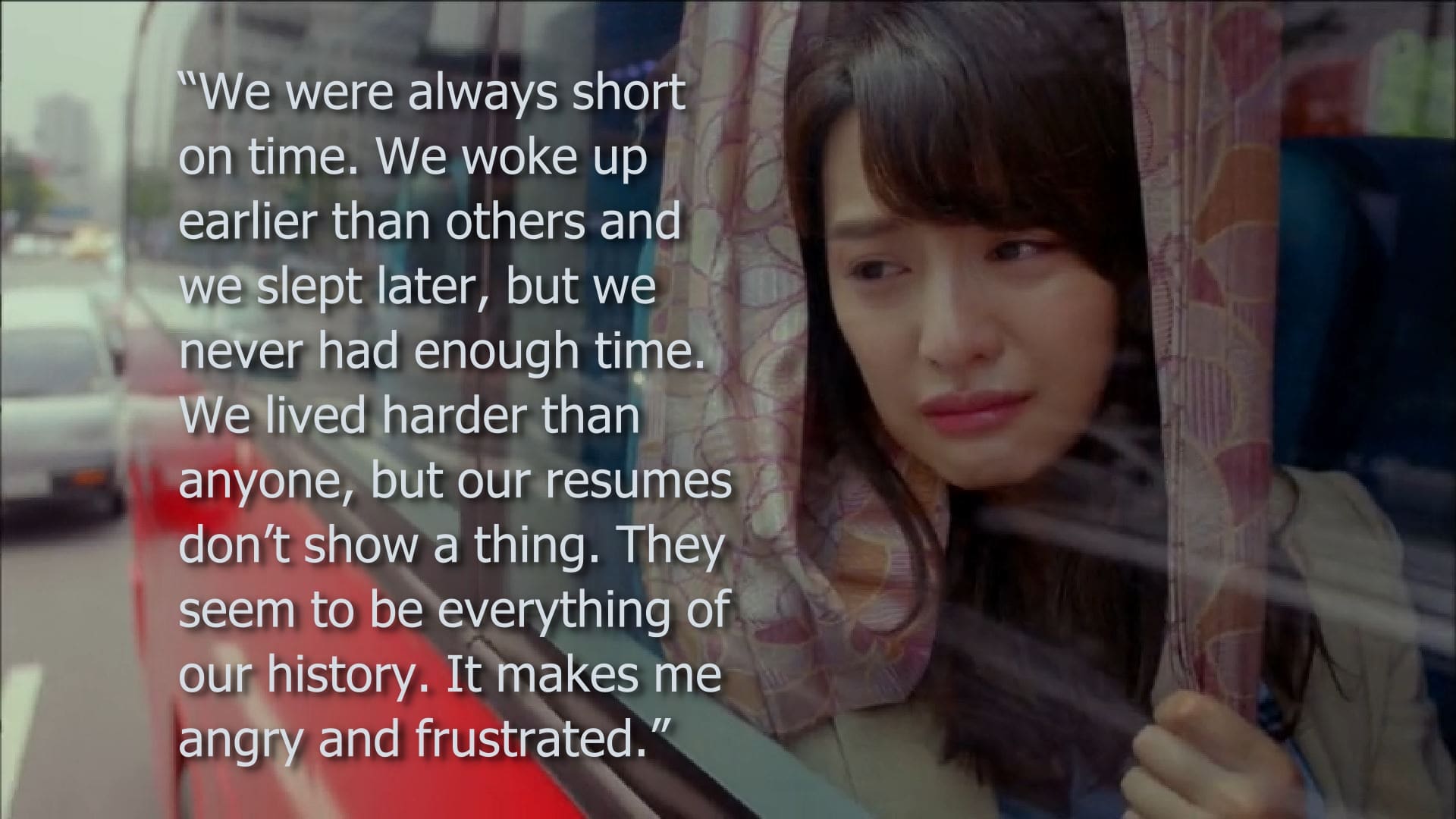 Choi Ae Ra is right about how having horrible qualifications and little to no wealth or connections makes it very difficult to find a decent job. It’s unfair, but that doesn’t mean you should quit. You have to work as hard as you possibly can.

And like Do Bong Soon (Park Bo Young) says in “Strong Woman Do Bong Soon,” you are not unemployed. You are a job seeker! Take everything one day at a time and think positively. Your hard work will eventually pay off.

Which K-dramas do you like to watch while job hunting? Let us know in the comments below!

EvaCh10 was inspired to write this article from personal experience, so she understands your struggles as a job seeker. Eva is always on the lookout for BTS fan art, K-dramas with complex plots or mysteries, and videos and gifs of Lee Kwang Soo on “Running Man.” Say hi to Eva on Instagram or Twitter.