Lead by comedic champions Hwang Jung Eum and Namgoong Min, “The Undateables” is a drama that centers around love and the strong convictions that their respective leads Jung Eum and Hoon Nam hold about it. This rom-com certainly promised some laugh-out-loud moments and even more that will make us feel as twitterpated as the leads. So far we’ve gotten plenty of laughs, but not quite as many romantic moments. We’re only one week in, so it’s still early for romance, but the tension between our leads is thick enough to cut with a cleaver. With that said, let’s check out the best and the worst of what the first week of the “The Undateables” had to offer. 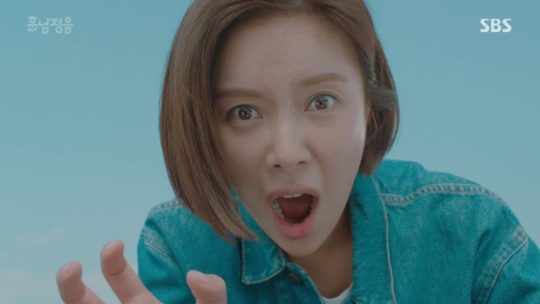 As an experienced leading lady in a wide variety of genres, Hwang Jung Eum has especially become a staple in rom-com K-dramas, and for good reason. She has zero inhibitions on camera, which makes her absolutely perfect for comedy of all sort as she makes faces and sounds that are anything but dignified. She normally takes on heroines who are a little dense and very strong in their beliefs, and her character Yoo Jung Eum also falls into this pattern. She’s stubborn, loud, and willing to fight for what she wants while delivering a few laughs along the way. 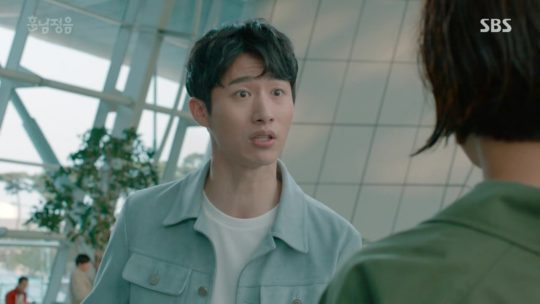 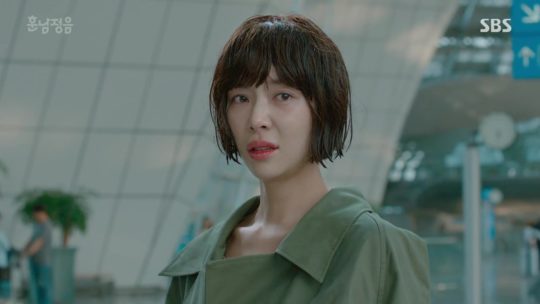 The exes of dramaland are not known for their kindness, but Jung Eum’s ex, whose cruel treatment of her is the start of her bad luck, is especially unsavory. This guy not only speaks down to her, but he also emotionally kicks her when she’s already hurting. Such horrid behavior is unacceptable and is quite uncomfortable to watch. 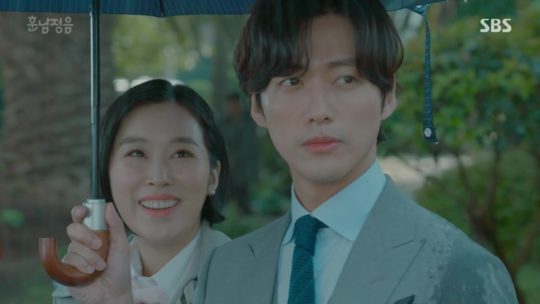 What hasn’t this man accomplished in his late-blossoming career? He has created villains, buffoons, sleuths, and suave heroes alike. Now he is taking on Hoon Nam, a suave, cool, brilliant man who is mostly definitely a prickly sort. Despite the rather unpleasant veneer of snobbery in his character’s attitude, Namgoong Min still infuses Hoon Nam with an empathetic quality that shows us that he isn’t all bad. 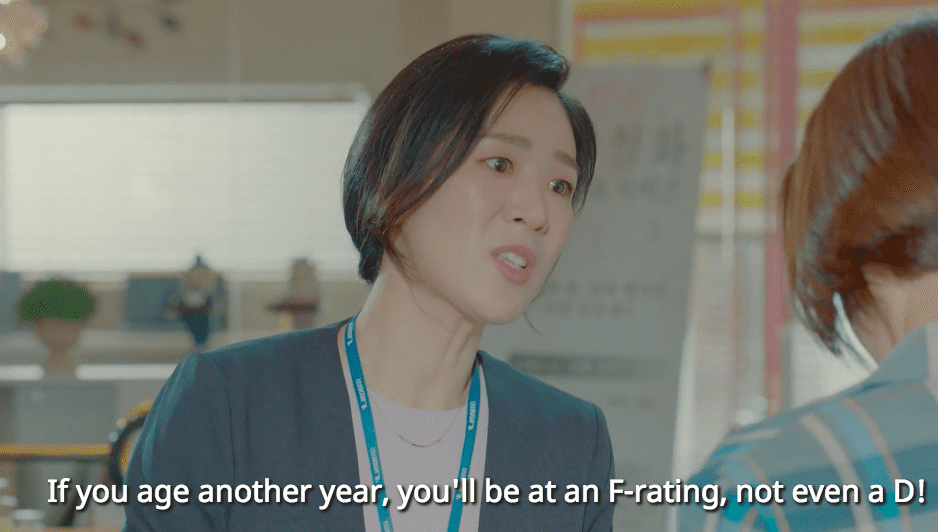 Just as I found the ex’s behavior rather loathsome, I also disliked the nasty treatment of Jung Eum’s character at the hands (and raised voice) of her boss at the matchmaking agency. Frustration at a job poorly done is understandable, but poor treatment of an employee is most certainly not. 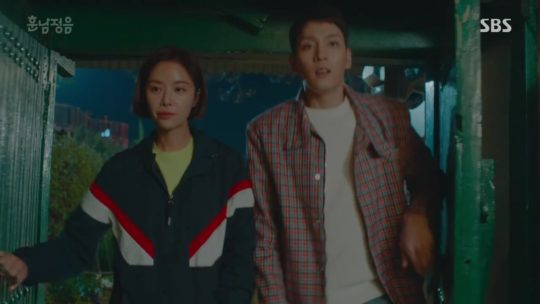 I know for sure that Choi Tae Joon’s Choi Joon Soo is on the path to second lead heartbreak, but gosh darnit he and Jung Eum are just the cutest friend couple. They’re comfort level and understanding of one another is admirable and brews a warm feeling in my heart. He’s even close with her dad! I may already be a victim of second lead syndrome. From adorable routines, to the fact that they live in the same home, to the way that they finish each other’s sentences, everything about their friendship is utterly winning. Team Joon/Jung for the win!

Loved: When Joon Soo gets hit by Cupid’s arrow 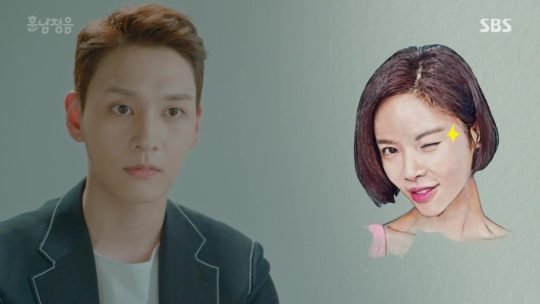 There is a lovely moment later in Thursday’s episodes when Joon Soo realizes that he likes his bestie, Jung Eum. His adorably dumbstruck look in the image above says it all. It is the result of describing his ideal woman who turns out to be the spitting image of Jung Eum, which is shocking to him, but most certainly not to us. 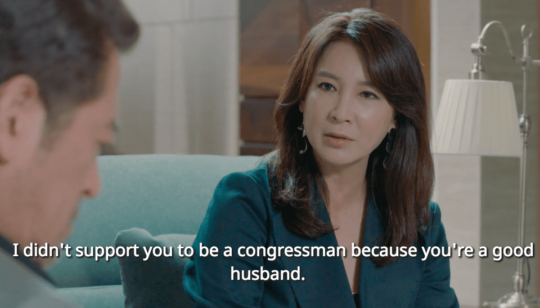 Evil mamas are expected in dramaland. In fact, if they’re missing we tend to chew on our nails until one shows up. A proper K-drama feels naked without the malice of a mother who has not gotten her way. And while Hoon Nam’s ambitious mother may have her reasons, watching her spit venom at the people around her is still highly unpleasant. 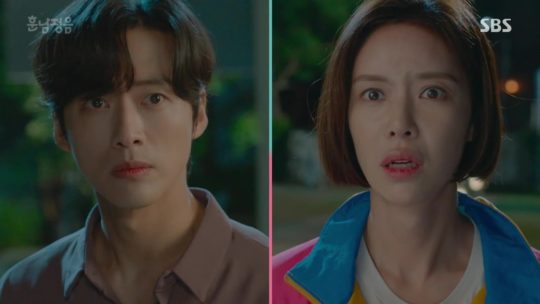 It was bound to happen, but the meeting of the three men who have been most recently affected by Jung Eum’s clumsy temper is effectively wrought. Rather than try to hide the obvious direction of the plot, the writers plow forward and throw Jung Eum together with Hoon Nam, his cousin Yook Ryong (Jung Moon Sung), and Charlie (Jo Dal Hwan), the man for whom he ghost writes a love column, in a most effective way. We’re now ready for the second week. I wonder how all the feelings will boil over into romance! 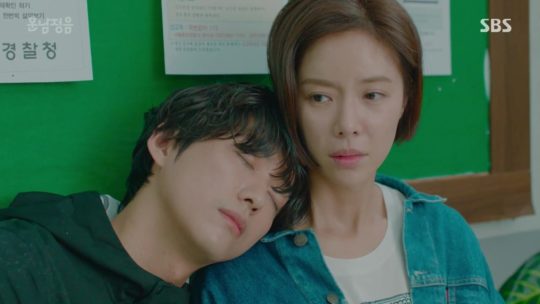 Check out the first episode if you haven’t seen it yet!

What were your most loved and hated moments from this first week of “The Undateables?” Let us know in the comments!

Raine0211 is a lover of all things Korean, especially K-pop, K-drama, and Korean food. When she’s not writing for Soompi, she’s playing the cello and singing. She happily indulges in all kinds of K-pop, but her biases are SHINee, INFINITE, and VIXX. She is currently traipsing around Northern California.