Mnet is continuing their series of idol survival reality shows with “BOYS24,” the network’s sequel to “Produce 101.” Although the scale isn’t as large, with only 49 contestants vs. Produce 101’s staggering total of 101, the concept is similar. However, “BOYS24” does have a few key differences that make it much different than Produce 101, in terms of the group’s longevity. 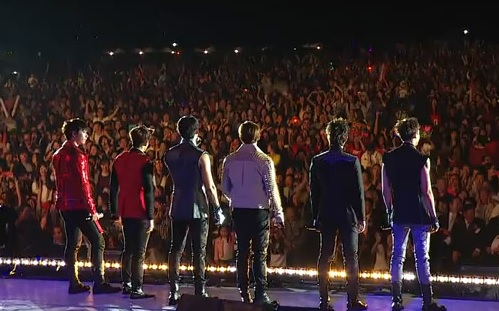 With Produce 101, the competition ended when the show did. But with BOYS24, the competition doesn’t end after the final episode of the show airs. After the final 24 members are selected, they will hold a concert every single day for an entire year. At the end of a year, the most popular members will be selected to debut in the actual final group. The reason this works is because…

None of the contestants on the show are currently signed with an agency. Unlike in “Produce 101,” where the contestants are already trainees at other agencies, the contestants on BOYS24 are free agents. Thanks to this, all the members chosen at the end of a year will be signed under a division of CJ E&M in order to debut as a normal idol group.

Unlike I.O.I, which is set to disband after a year, the group formed after “BOYS24” will be able to continue promoting for far longer, just like a normal idol group. This is one of the main differences (and best changes, in my opinion) between the two programs. Good job, Mnet.

And maybe the biggest change of all, the contestants are male, instead of female. While the surface changes are obvious, this may lead to more a diverse range of concepts than I.O.I, which has focused on doing a cute concept.

Check out the music video for the group if you haven’t already!

What do you think of the changes? Should Mnet have changed anything else?