1. Suga’s response to a reporter’s question

During BTS’s press conference for their album MAP OF THE SOUL: PERSONA, a reporter asked the members about past allegations that the concept of “Blood, Sweat, & Tears” was plagiarized from a French photographer’s work. Once this question got asked, the members showed surprised reactions, especially Jimin.

I know this question can be uncomfortable but I wanted to hear what you had to say. 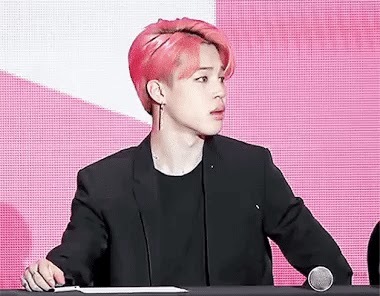 Suga handled the question as professionally as possible, saying that their company was taking care of the issue.

In regards to that, our company’s legal team is talking to the photographer. I believe that our official stance will be the same as our company’s. Our company is currently looking into it, so I’m sure we’ll know when the results come out. 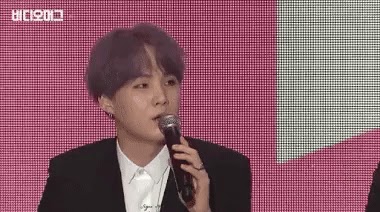 2. Jin speaking about those who manipulate music charts

During BTS’s acceptance speech for the “Song of the Year” award at the 2019 MAMA, Jin decided to speak about sajaegi, also known as chart manipulation. At the time, many artists were accused of sajaegi. Jin stated that he would like to live in a world where music would be done honestly.

3. V showing a sasaeng fan what he was dealing with

Sasaeng fans are one of the worst things K-Pop idols have to deal with, as these are “fans” who invade the personal space of idols. At an airport, a sasaeng fan was too close to V and taking pictures, so V decided to show her what he was dealing with. V took out his phone and pretended to take a picture of the sasaeng fan. After V did this, the sasaeng fan backed away from him. 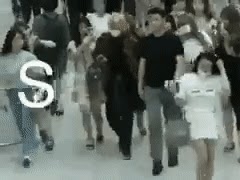 Suga and RM were both active as underground rappers before they debuted in BTS. Their decision to become K-Pop idols didn’t sit well with B-Free, as he didn’t view idols as “real rappers.”

You guys could have taken the road towards becoming rappers, but you couldn’t beat that temptation. Is BTS’s music hip hop? Is wearing makeup on stage like a girl hip-hop?

After B-Free made these comments, ARMYs (BTS’s fandom) requested an apology from him. B-Free didn’t apologize and decided to diss ARMYs a bit.

I didn’t realise I’d have such an impact on so many people. But anyways if you’re thinking about what I said today for over 20 minutes, I sincerely recommend finding a boyfriend.

Overspending on my pens that are more in number than your (B-Free) fans, if I go all in and shoot, it’s a goal in. Goal in, I’m ballin, when I hear your rap, I’m about to throw up.

While B-Free eventually apologized to BTS and ARMYs, it was years after he made the original comment.

When BTS were rookies, a lot of people doubted them. RM once guested in the 4 Things Show and read some malicious comments. Some of the comments criticized RM’s visuals, saying that he “doesn’t look like an idol.” 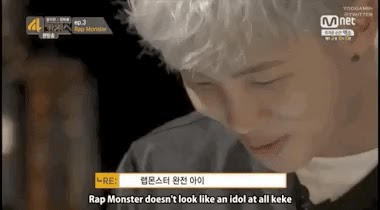 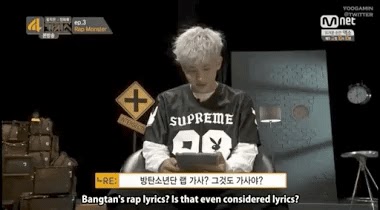 After reading all of this, RM had a simple message to these malicious netizens.

I will prove it to you all. 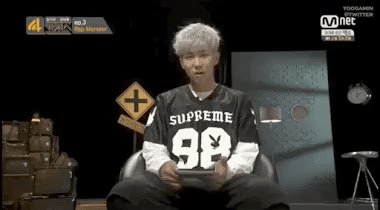