There’s more to art than putting pen or paintbrush to paper, and if anyone can prove that, it’s BTS’s resident artist Jungkook. Here are 5 times he showed off his unique artistic abilities in ways beyond drawing and painting.

One of the highlights of BTS’s 24/7 = Serendipity (오,늘) exhibition was the If I Ruled the World display, which featured iconic outfits from the group’s past music videos. To make it truly unique, each member designed gas masks to represent the costumes.

One of the most impressive masks was designed by none other than Jungkook. His “I NEED U” design featured an array beautiful flowers—definitely in sharp artistic contrast to the dark vibe of a gas mask. The members were all so amazed by Jungkook’s artwork in the exhibition, they said they thought it was done by a professional artist. 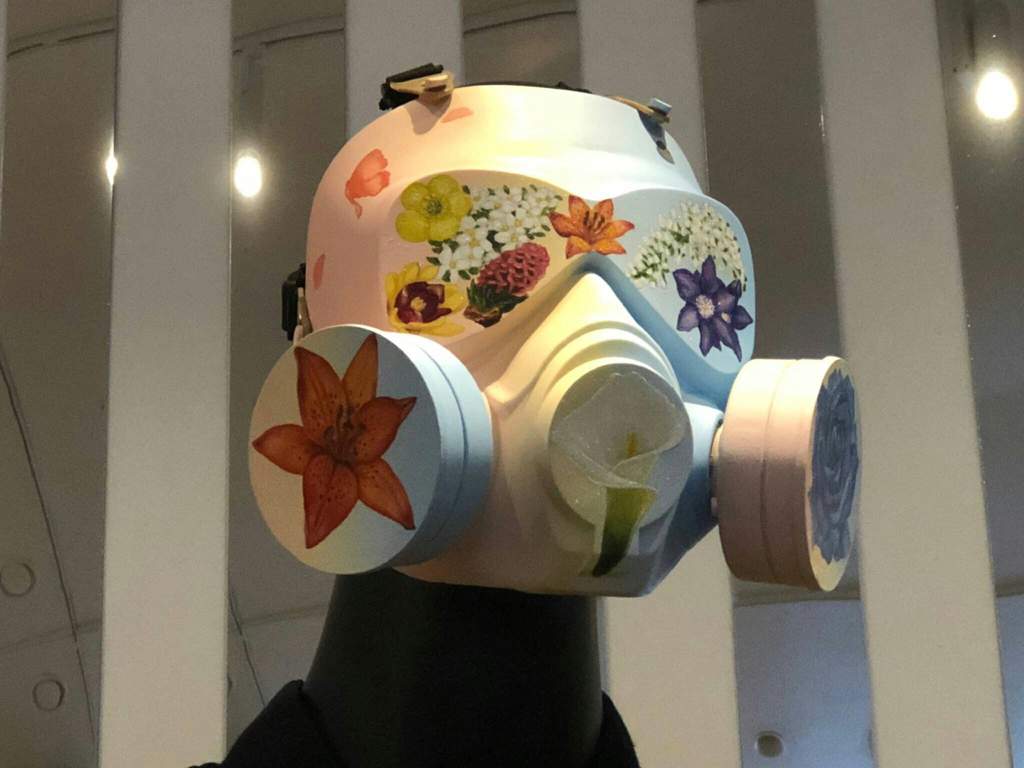 Another amazing art piece Jungkook designed for the 24/7 = Serendipity (오,늘) exhibition was his golden clock. Each member was given a metal disc to customize, and most of the members chose to personalize theirs with cute scattered doodles.

Jungkook, on the other hand, had the genius idea to make his into a clock. He put a fancy design of his initials, “JK”, in the center. Then, instead of putting numbers on the clock, he wrote down the different parts of his day “like “Shooting”, “Dance”, and “Sleep”) as well as words that represented himself (like “Busan”, “Passion”, and “Golden”). He even made the time on the clock 9:01 to represent his birthday, September 1. 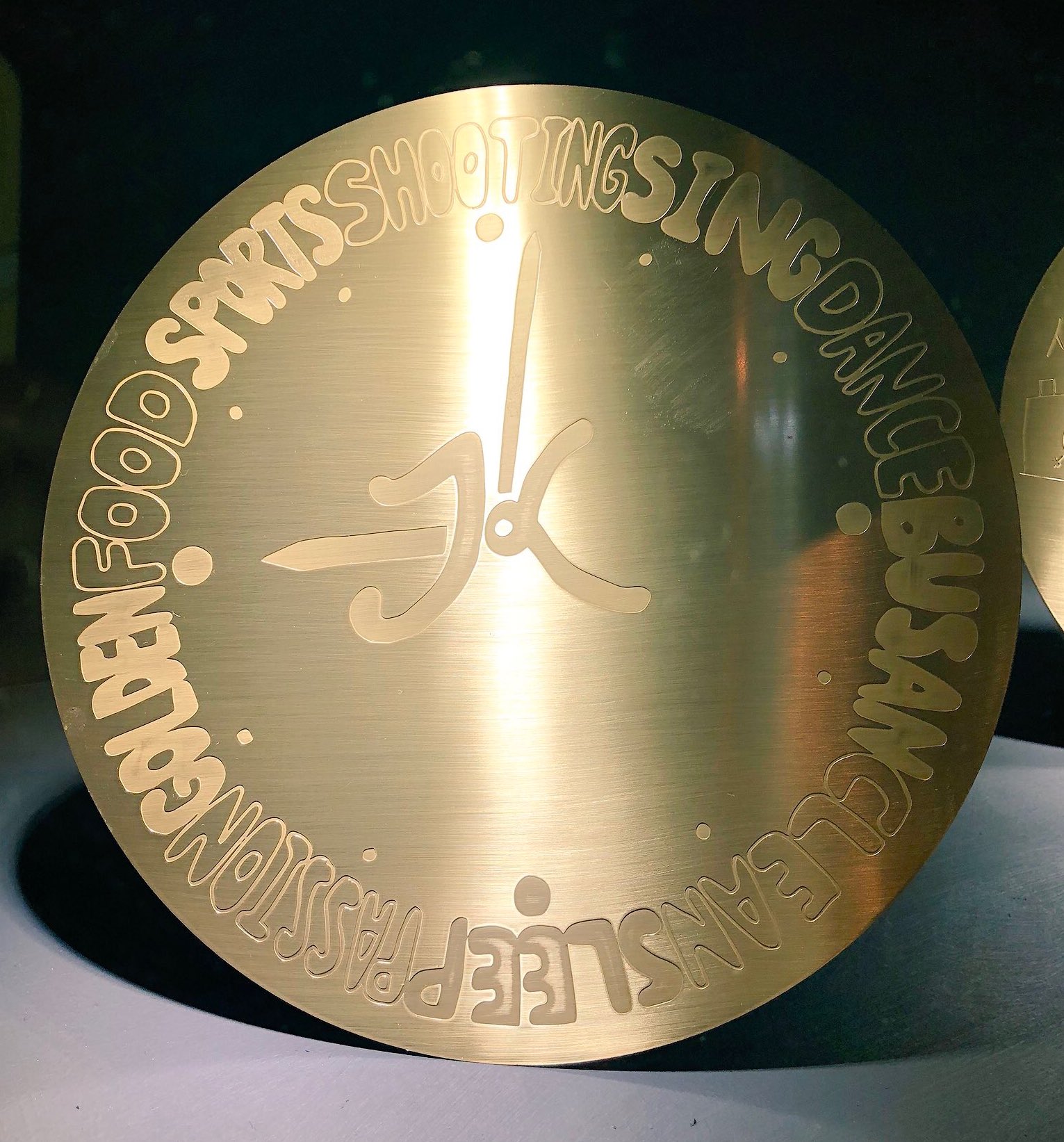 Whoa, who did this one? Isn’t this an artwork?

The album cover art for Suga’s “Seesaw x I NEED U Remix” is almost as awe-inspiring as the song itself. The two cover images have completely different vibes, but they both feature the same graphic design element. 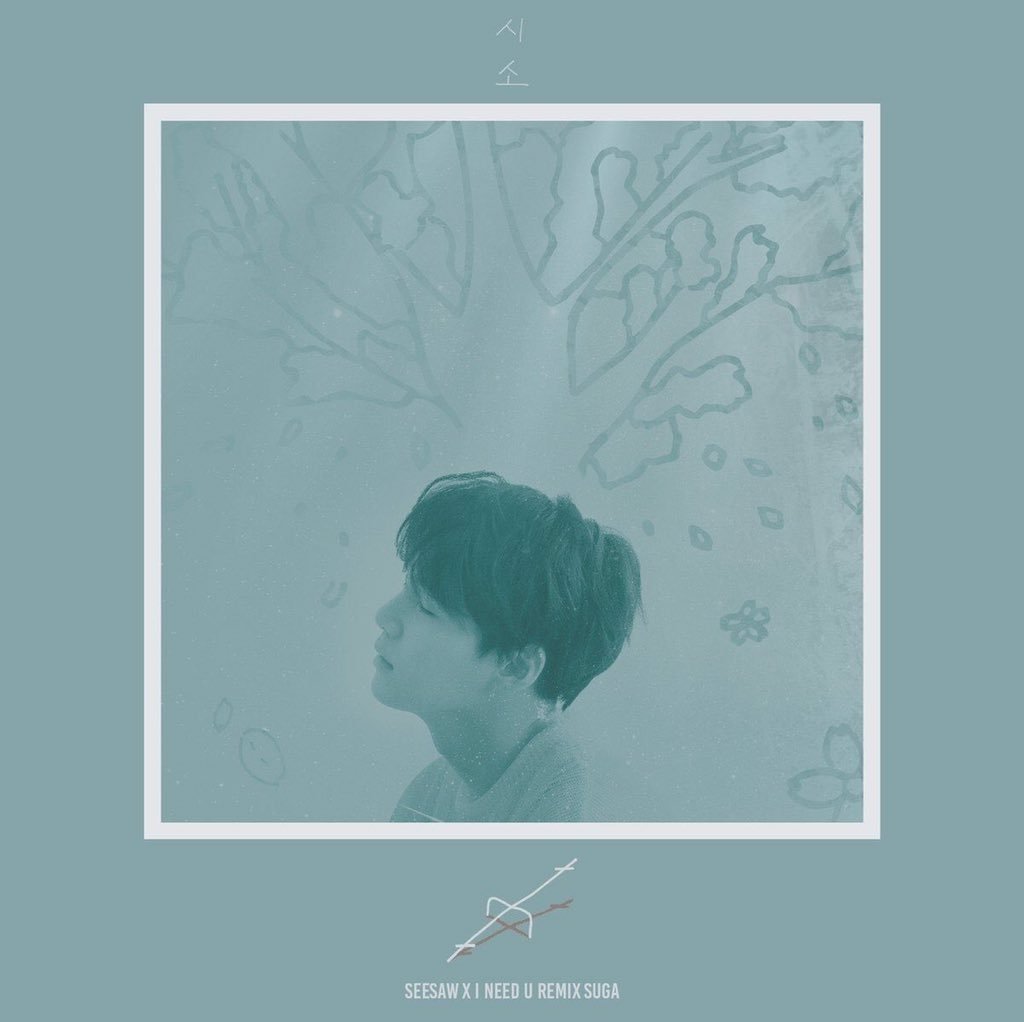 This album art is also proof that Jungkook’s artistic skills extend to graphic design too—he’s the one who created it! 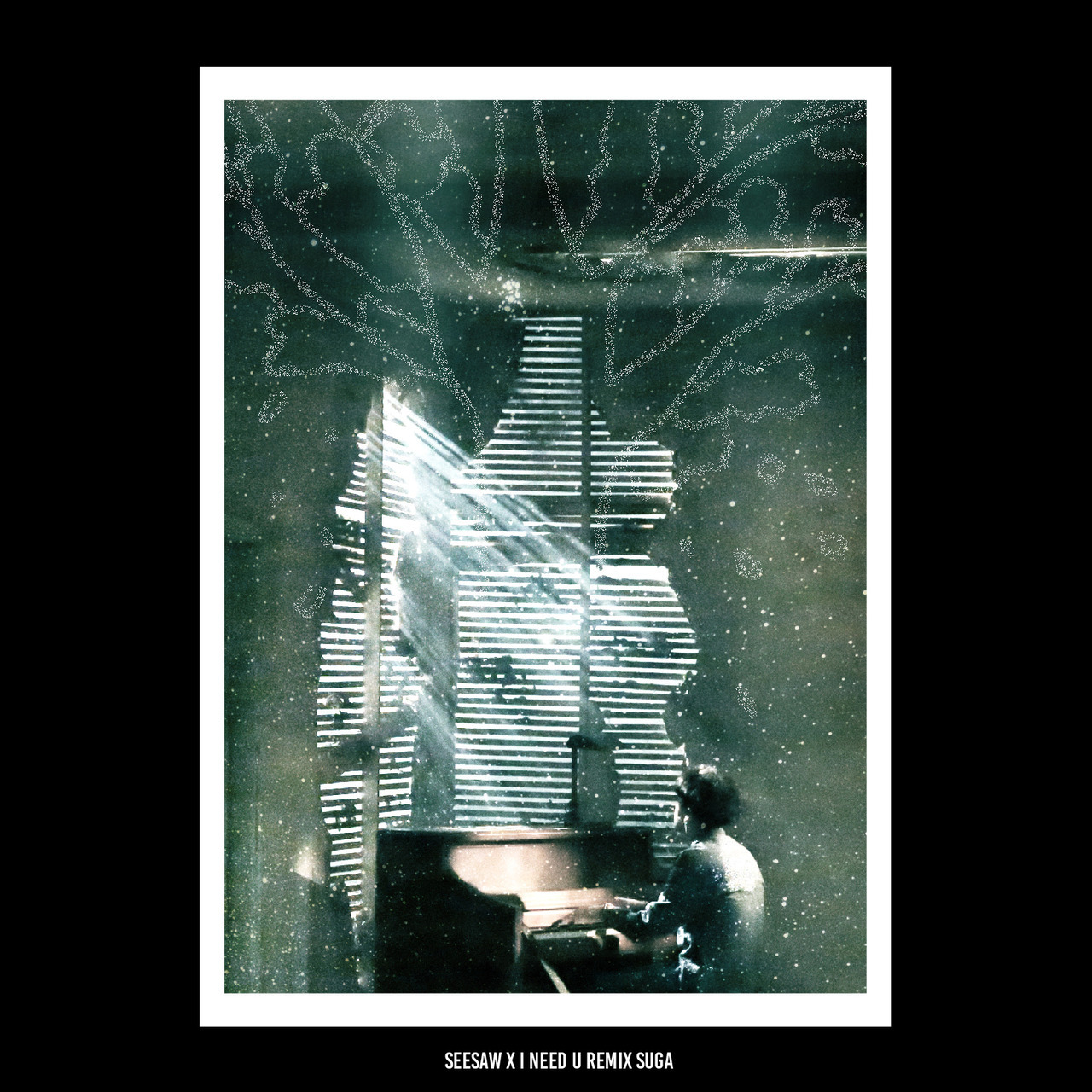 Jungkook has been a passionate photographer ever since BTS’s debut, and he only gets better at it year after year. Almost everywhere the group goes, Jungkook is seen carrying his cameras—some of which are worth thousands of dollars. 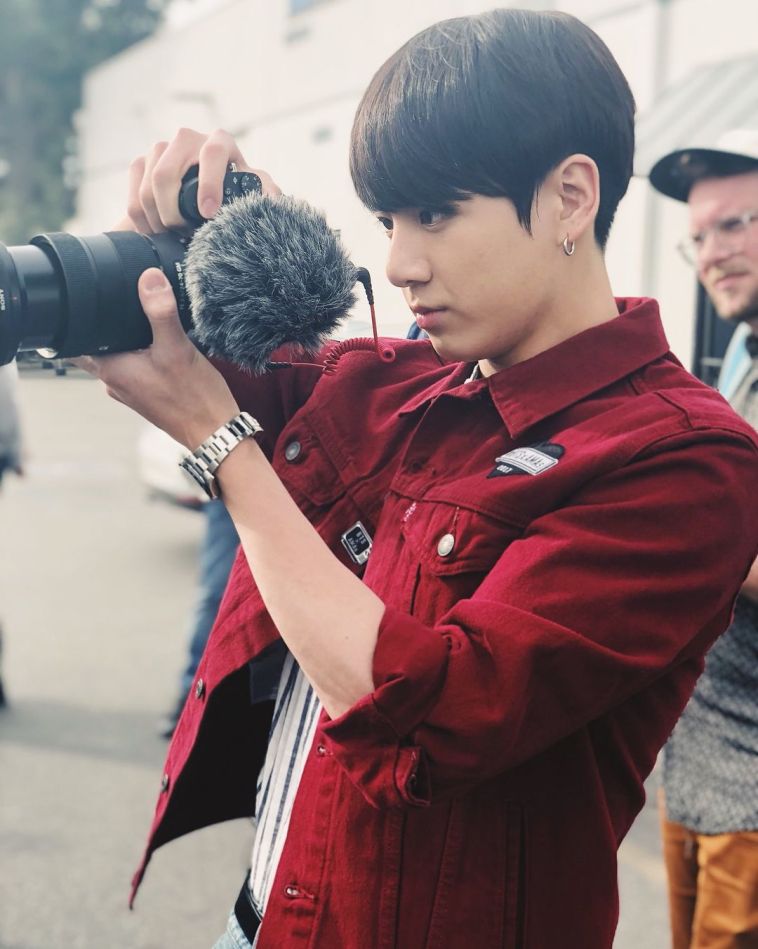 All his photos are amazing, but there’s something particularly special about his eye for capturing landscapes.

There really is nothing Jungkook can’t beautify—as proved by the amazing sneakers he customized for J-Hope. 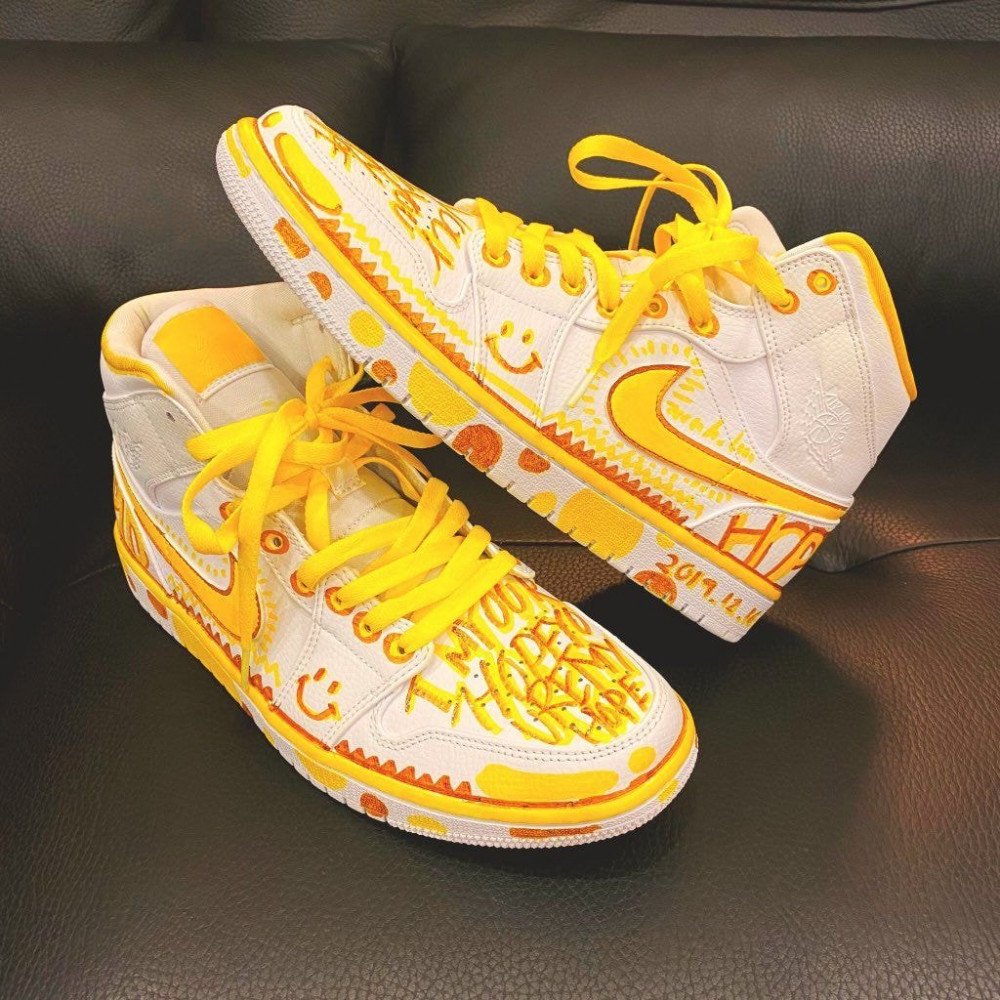 He took a simple white pair of Nike Air Jordan 1 shoes and used yellow markers to draw on them—fitting for BTS’s “sunshine” member. Alongside unique doodles and designs, Jungkook even included J-Hope’s slogan: “I’m your hope, you’re my hope”.