On variety shows like Running Man or 2 Days 1 Night, you might have noticed they play many different games. Many of those games are actually games traditionally played in Korea a lot.

Here are 5 Korean games to play: 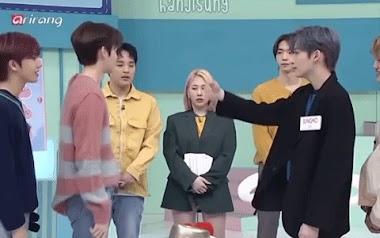 If you watch any Korean variety show it’s most likely that you’ve seen this game being played. With the game Cham Cham Cham, you only need 2 players. The rules of the game are simple. The two players playing face each other and one player simply has to point left or right. If the other play turns his head in the same direction as the direction the first player pointed in loses. The point is to avoid turning your head in the same direction the other person is pointing. 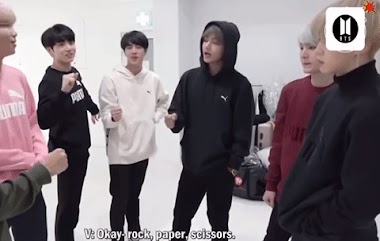 This game should be easy for non-Koreans as “kai bai bo” means rock paper scissors in English. For those who don’t know the rules of rock paper scissors, you simply throw out either a rock, paper, or scissors symbol with their hand at the same time as your opponent(s). Paper beats rock, rock beats scissors, and scissors beats paper. 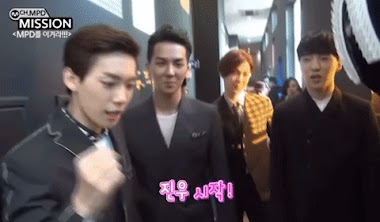 If you’ve mastered Kai Bai Bo, then you can level up to Muk Jji Ppa. The game first starts off with Kai Bai Bo but instead of just one time, you play three times in a row. On the third time, whoever has the winning hand gets to be an attacker.

The next round is where Muk Jji Ppa varies from Kai Bai Bo. The winner from the previous round of Kai Bai Bo will become the attacker. It is the attacker’s goal to get the loser, or now defender, to throw the same hand as them. For instance, the winner can throw out a “Ppa” and at the same time, the defender has to choose something different than paper or they lose. 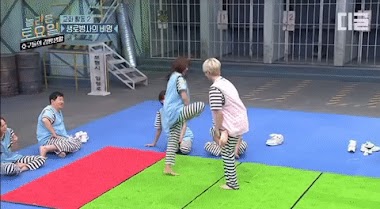 Unlike the previous games mentioned, this game requires a lot of physical ability. First off, all the players need to grab their ankles and stand on one leg. Following this, players basically try to throw everyone else off balance. To do so, players need to hop on one leg and use only their legs to knock others over.

This game is quite painful, but tons of fun. There are hand gestures that are assigned with either A, B, C, or D. The players whose turn it is will call out a letter (A-D) and throw the hand gesture that correlates to it. 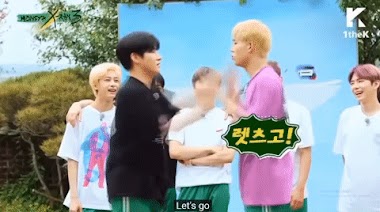 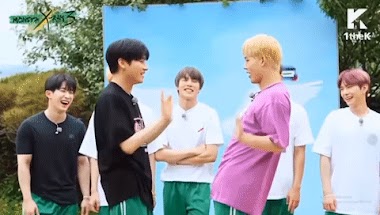 This game is very popular and common amongst K-Pop groups as it can get pretty intimate. The objective of the game is to have two players face each other. Once at a pretty close distance from one another, each player holds up their hands like they’re giving double high fives to each other. The goal of each player is to use their palms to push over their opponent.

NCT’s Doyoung Gets Embarrassed During A Photoshoot, But Jungwoo Reassures Him

TXT Reveals Why Yeonjun Is Beloved By Older People