6 Times GOT7 Members Were Hilariously Petty To Each Other

One of the many reasons Ahgases love GOT7 is that the members have such a tight-knit friendship that they seem more like brothers at this point. They are each other’s biggest fans and supporters, but this also means they get jealous and petty about the most trivial things and hold some really long grudges.

Here are a few of the best Petty7 moments:

We can’t talk about Petty7 without bringing up the legendary meat incident.

This was brought up a countless number of times for about a year.

In 2016, Jinyoung and Jackson went out to eat meat together to settle the issue. When they actually went to the restaurant, Jinyoung suddenly tried to insist that he was never actually upset about it but just enjoyed Jackson’s reaction.

The grudge finally ended with this cute love shot. 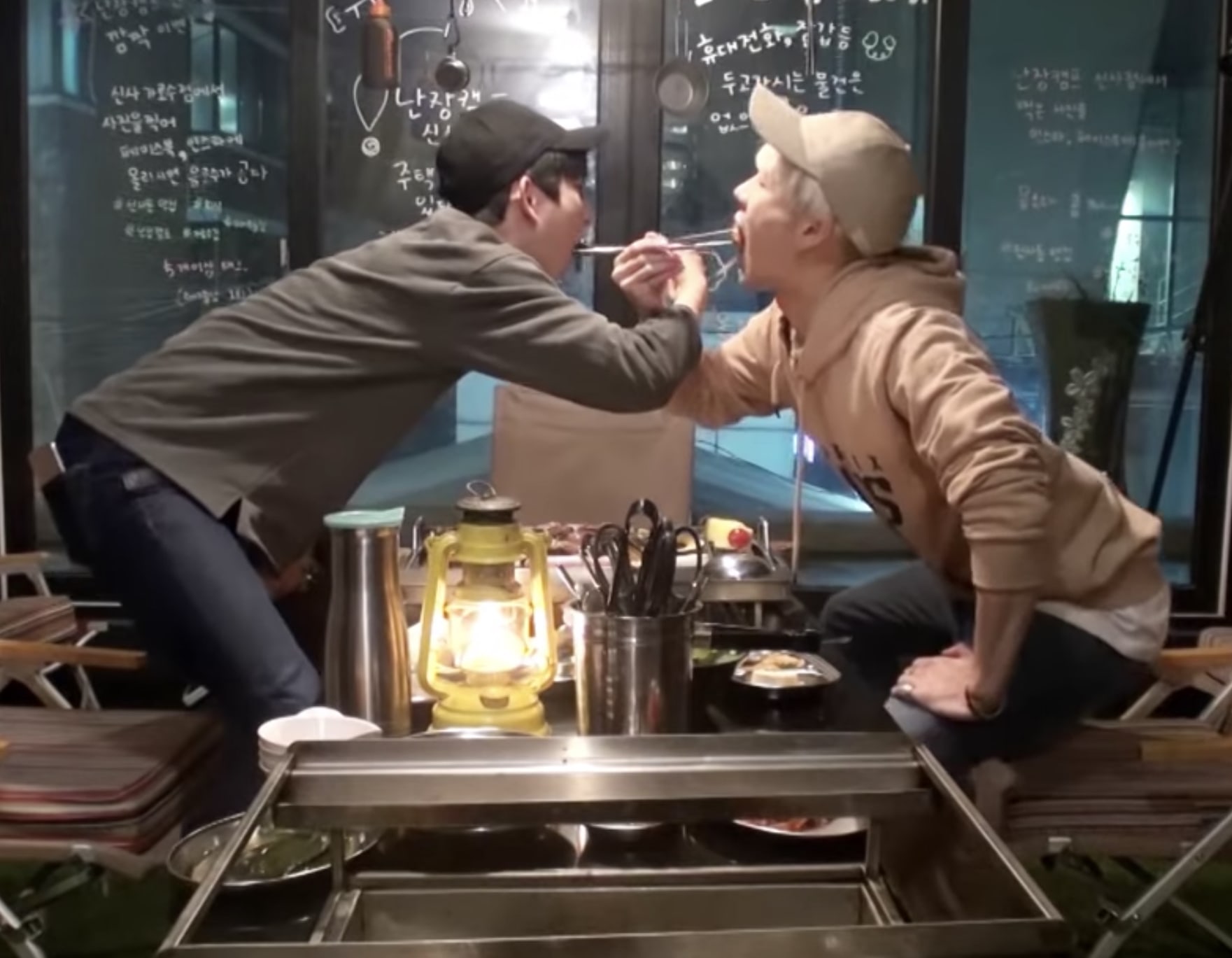 At an interview in 2015, Jackson was asked if he brought the members to his home in Hong Kong. He shared that he brought Yugyeom, to which Jinyoung complained that he didn’t ask any of the other members. Mark and BamBam, however, commented that Jackson did ask them.

Then to a different question that asked where they want to go in Hong Kong, Jinyoung responded, “I want to go to Jackson’s house.”

Even on the red carpet for MAMA, they argued about this with Jinyoung saying that Jackson did not ask him, while Jackson insisted that he did. When the cameraman asked if they are close now, Jinyoung let his grudge show as he commented, “I think he’s only close with Yugyeom.”

Another incident involving Jackson and Jinyoung…(notice a pattern here?)

On a radio program this year, Jinyoung was asked to pick between Jackson and JB for which member he would not want to go to a deserted island with. Jinyoung picked JB, but his reasoning was that Jackson would be upset if he was picked.

This is actually what made Jackson sulky, as he whined, “You only picked me so I wouldn’t get upset, but you actually want to go to the deserted island with JB?”

JJ Project has been together for nearly a decade since they first met at their JYP auditions in 2009, and they know each other better than anyone. As close as they are, their most intense fight was over…a mat.

In their early days, Mark asked Youngjae to find the mask in his backpack, but Youngjae put in little effort before he said that the mask wasn’t there. This made Mark so upset that he broke the air conditioner in the car.

The most recent one occurred with GOT7’s “Lullaby” comeback. During the comeback V Live broadcast, Jackson kept on bringing up shabu-shabu with Youngjae, raising the curiosity of fans.

i love that this was even before we knew about the shabu shabu incident on #HardCarry2 ? jackson will never let it go @GOT7Official pic.twitter.com/dQC7j0LtPL

He continued bring this up several times through “Lullaby” promotions, like during this “LieV” V Live when Jackson said the gift he wants to give Youngjae is buying him shabu-shabu.

The incident was finally revealed during their reality show “GOT7’s Hard Carry 2.” They were playing a game, and Jackson had been eliminated and was sticking with Youngjae. The two went to eat shabu-shabu, but to be on his own and get through the game more easily, Youngjae said he was going to the bathroom and snuck out the restaurant.

?
181017
So this is the shabu shabu incident ??? Jackson and Youngjae ate Shabu shabu then while they were resting after eating, Youngjae sneaked his way out, got a taxi and just left Jackson there without paying ???#GOT7 #Youngjae #Jackson #GOT7의하드캐리2 pic.twitter.com/BGdYRsslFl

We could go on and on about GOT7’s greatest petty moments – we love them all! What is your favorite Petty7 moment? Let us know in the comments below!