K-Pop music videos are often filmed in beautiful, unique, and interesting locations, and you might wish that you could visit such places just to see what it’s like for yourself. Fortunately, there are a lot of shooting locations where you can actually visit! Some are certainly more accessible and tourist-y than others, but the following 7 locations are all allegedly available to the public, so if you find yourself in any of these places, you should check them out! 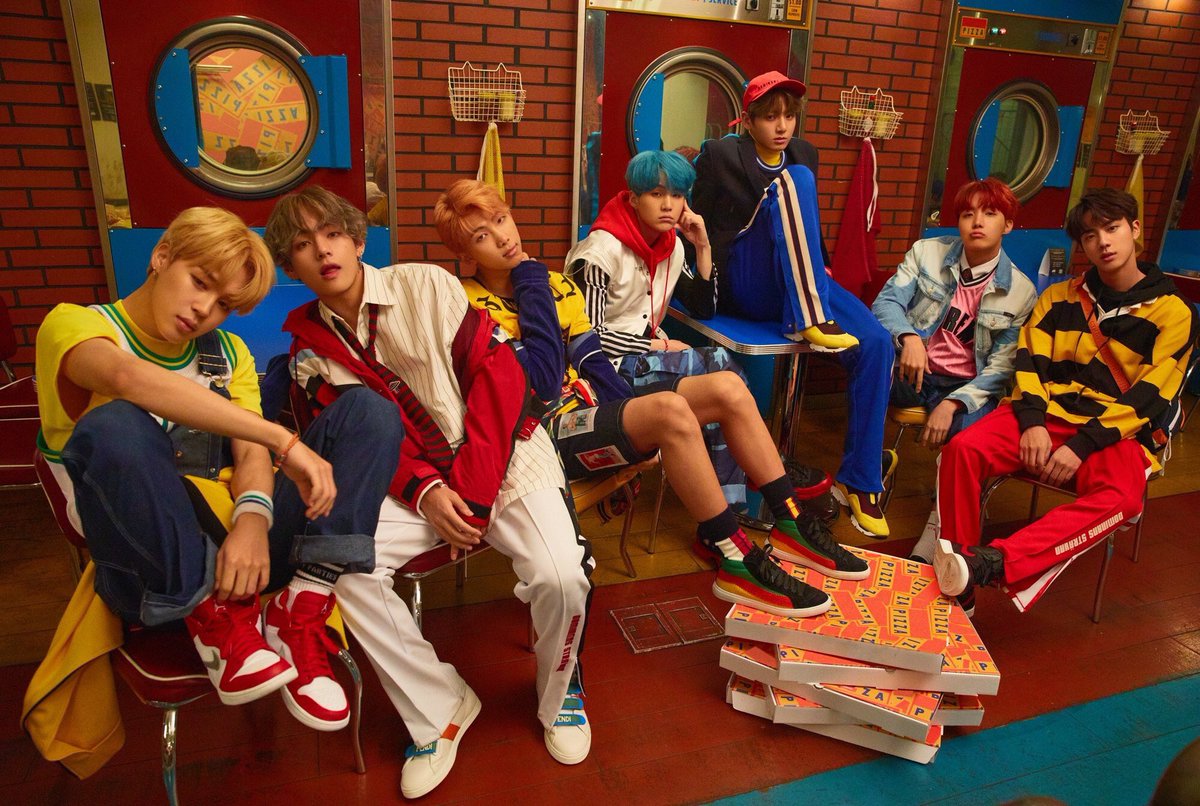 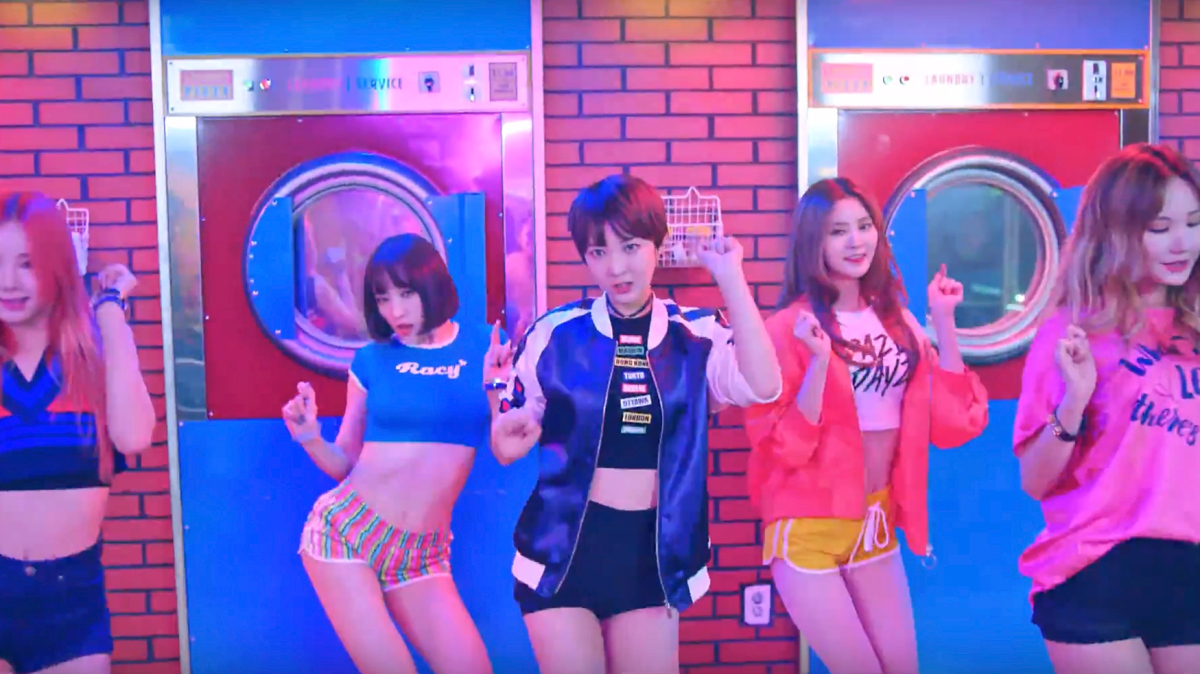 This pizza place has been used for quite a few K-Pop music videos, thanks to its fun retro aesthetics and unique lighting! Laundry Pizza is located in Gangnam District of Seoul, and when not used for filming music videos or taking photoshoots, the place sells handmade pizza in a funky atmosphere with unusual laundromat-like wall decor.

K-Pop artists that have had photoshoots here include BTS (for their album Love Yourself: Her) I.O.I, GOT7, Apink, and SHINee‘s Key.

This eerie yet pretty building where Dreamcatcher filmed their “Fly High” music video is located in Janvry, Essonne in France, which is about 40km south of Paris. The château dates back to the 17th century, and part of it is still surrounded by water moats!

The building was listed as a historical monument by the Demeure Historical Association in the early 1980s, and tourists can visit the location by passing across a bridge that goes over the moats! 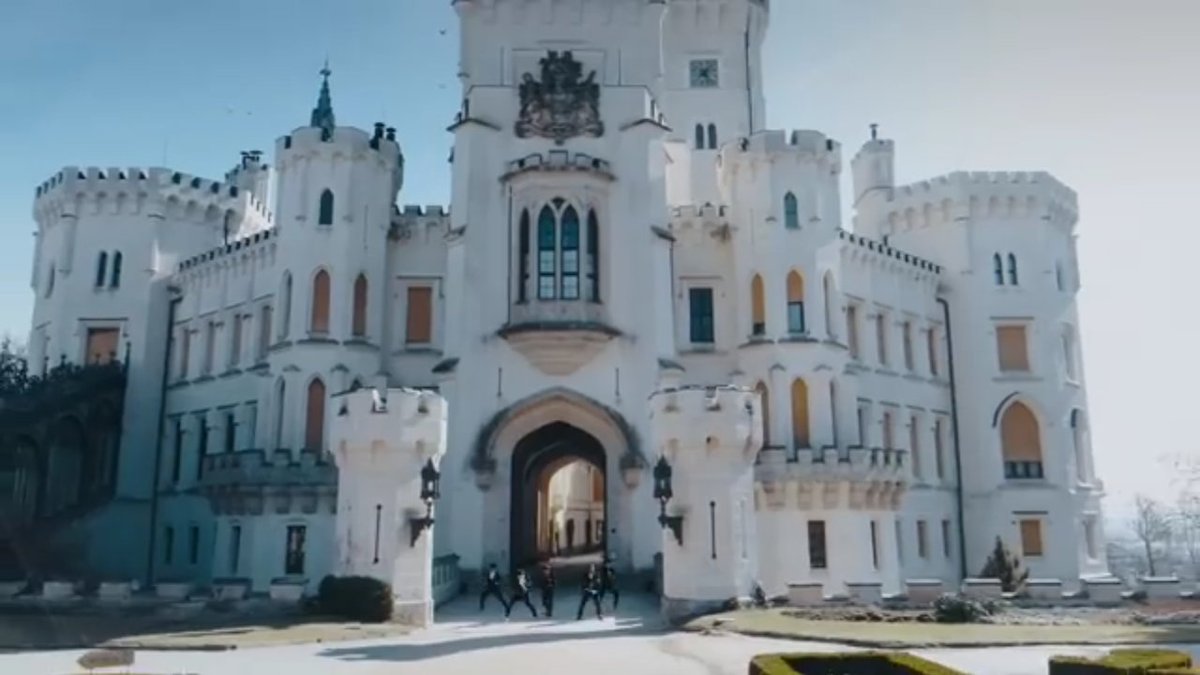 This gorgeous castle, also called the State Chataeu of Hluboká,  is located in the Czech Republic, located about 150 miles south of Prague. This official National Cultural Monument is considered one of the most beautiful castles in the country, and for good reason! As of 2019, it was the 3rd most-visited castle in Czech Republic, so if you ever find yourself in the area, you should definitely visit!

This high school is considered a “global international” high school, and is located on Dongtan, South Korea, which is a little over an hour south of Seoul.  Along with Golden Child’s MV, it has also served as the setting for several K-dramas, including Itaewon Class, Sky Castle, and A-Teen, plus many others. 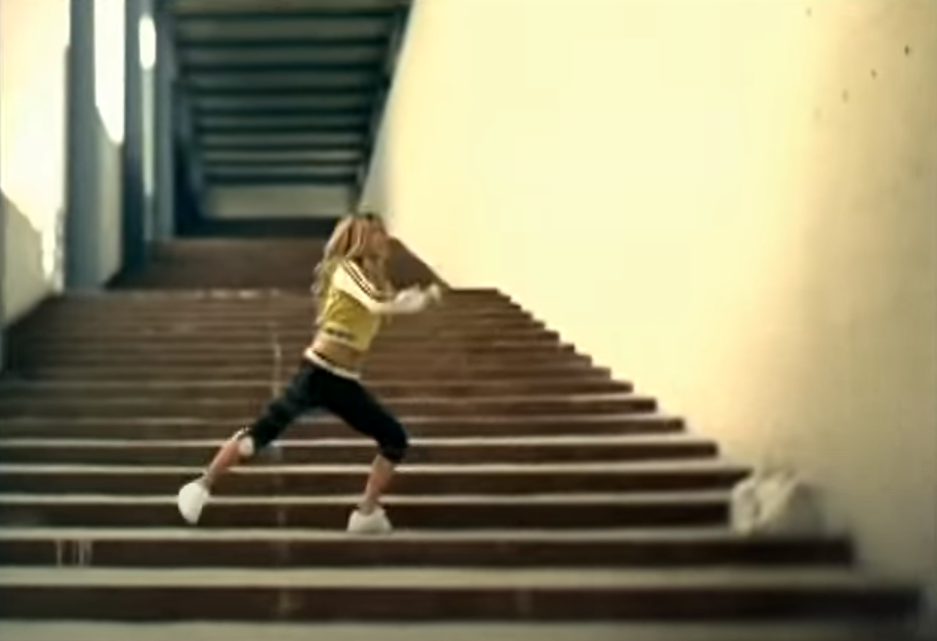 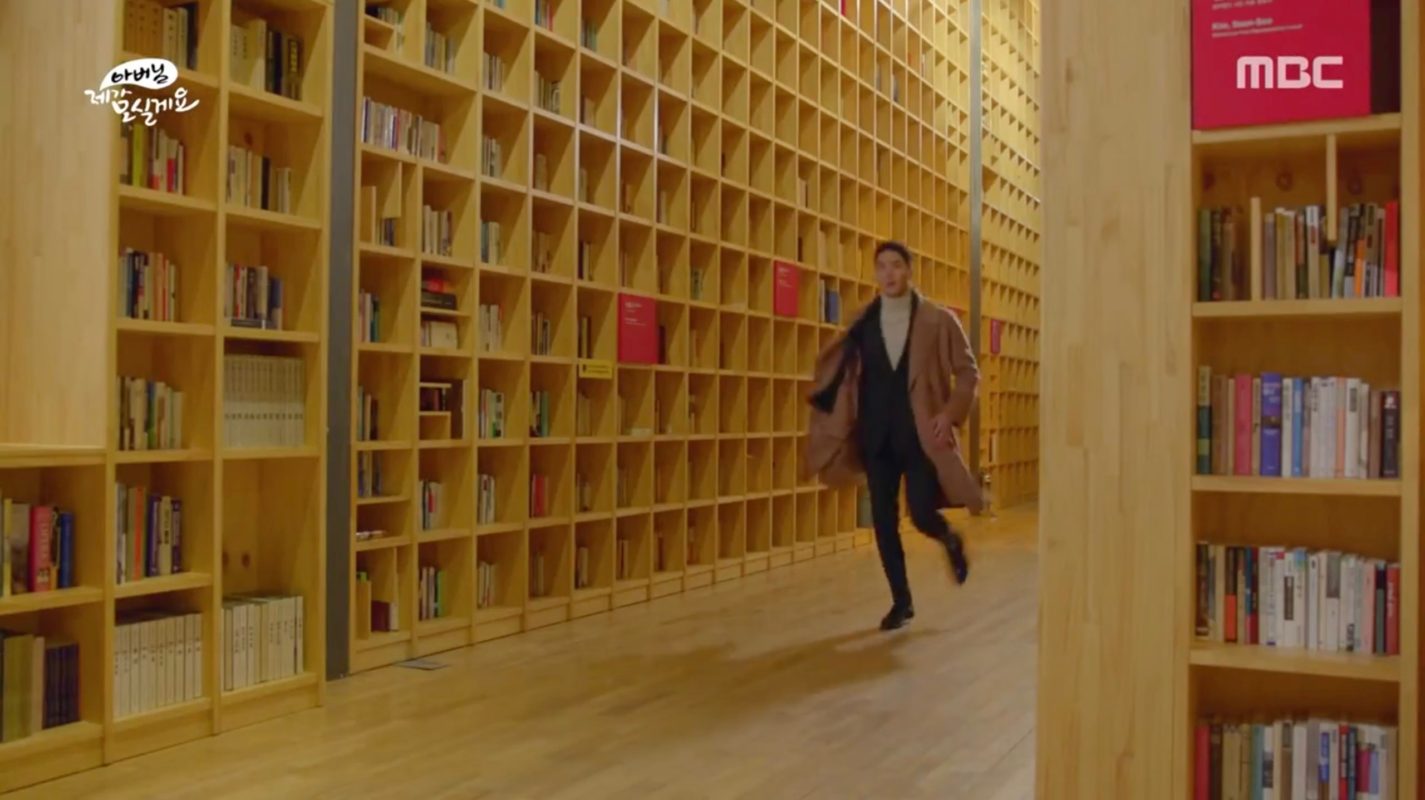 The scenes where Hyoyeon is dancing on a staircase in Girls’ Generation’s “Into the New World” was filmed at this location, as well as stairway scenes in BIGBANG’s “Beautiful Hangover”. Though the library itself isn’t in these music videos, the stairwell is at the location, and the library has been in many K-dramas!

It’s located in Paju, South Korea, which is about 3 hours northwest of Seoul. If you are interested to visit a place that’s been used in a lot of Korean media, this is a great location! 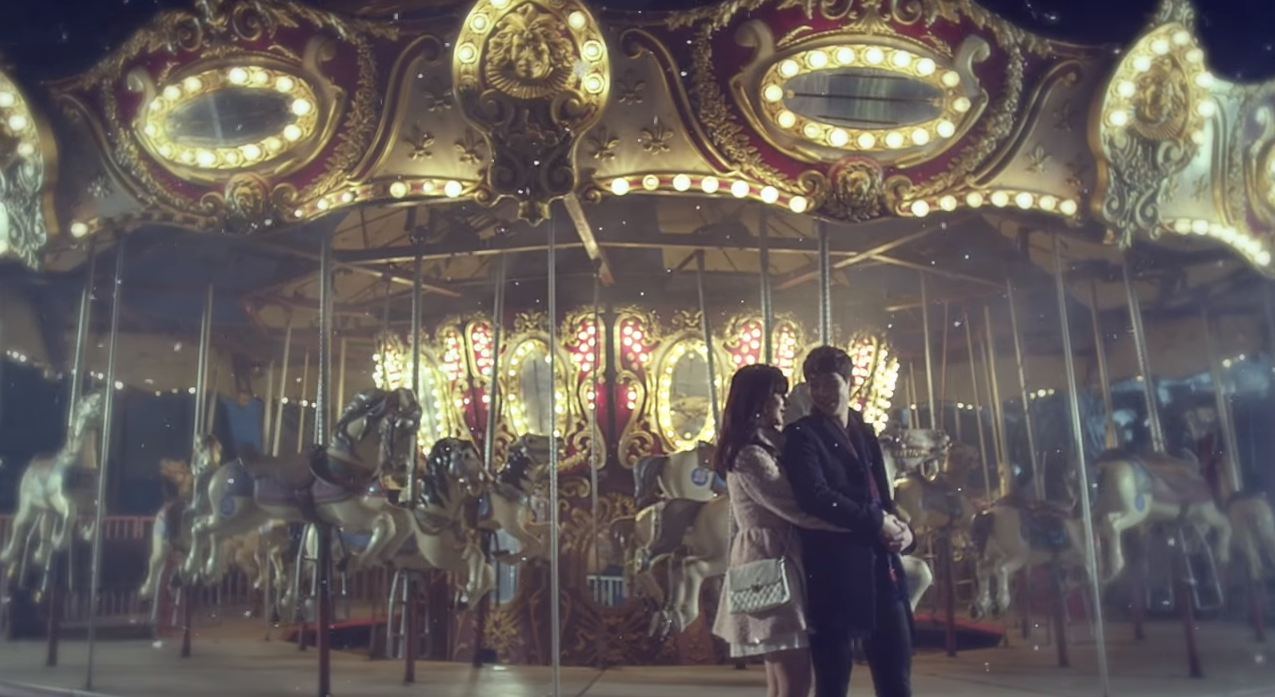 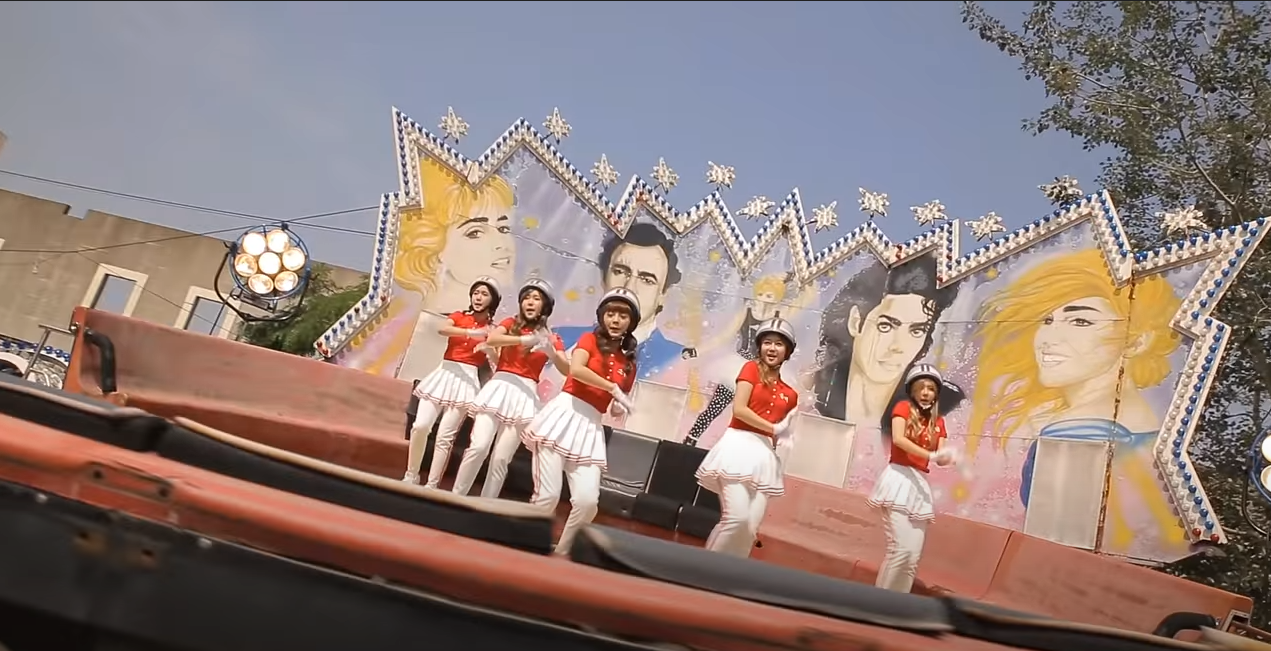 This is actually an abandoned amusement park located in the Jungnang District of Seoul, which visitors can access for a small fee. Many K-Pop music videos have been filmed here in front of the carousel and other various run-down attractions and rides.

If you’re looking for a unique and fun location to do a photoshoot or filming, there are plenty of locations within Yongma Land that would probably catch your attention!

This building doesn’t have an official name, but it has featured in tons of K-Pop videos that often have some kind of post-apocalyptic aesthetic.

It’s located in Gimcheon, South Korea, which is about 2 and a half hours southeast of Seoul. While it’s not really an official tourist attraction of any kind, it would be a neat place to do some eerie filming or photoshoots if that’s your thing!