8 Contract Marriage K-Dramas That Will Move Your Heart

What comes after the tried-and-true drama trope of reluctant cohabitation, you ask? Why, contract marriages of course!

While the general idea between the two tropes are similar — pushing two people into close proximity until they fall for each other — the addition of marriage just elevates the stakes. It also makes their genuine “I do,” which happens later in the drama, all the more touching and heart-fluttering. (Because let’s face it, most of these contract marriage dramas have the three-part act: contract marriage – divorce – real marriage.) And watching them pretend to be an actual couple while trying their best to bury any blossoming feelings (and jealousy) is always a hoot!

So here are eight recommendations you should check out for K-dramas with contract marriages: 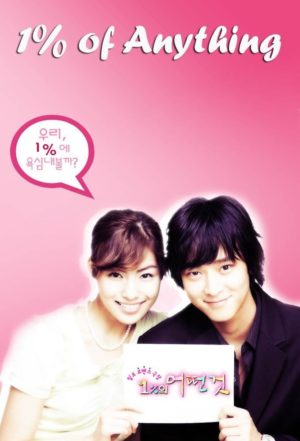 “1% of Anything” is considered one of the earliest K-dramas that employed the “contract marriage” trope, and is based on a popular novel about a kind teacher named Kim Da Hyun (Kim Jung Hwa) who saves an elderly man that turns out to be a multimillionaire and owner of one of the largest conglomerates in the country. Thankful for her good deed, he writes her into his will, naming her the beneficiary to all his inheritance, while also writing out his own arrogant grandson. His grandson, Lee Jae In (Kang Dong Won), in a bid to not lose everything, decides to enter into a contract marriage with Da Hyun to placate his grandfather.

It’s been 15 years since the drama first aired, so some of the plot lines in the story may feel quite clichéd, but during its run, it was a fun and endearing watch that featured a young, kind of silly, but sweet, Kang Dong Won. If you’re looking for something more updated, you could also check out the 2016 remake, starring Ha Seok Jin and Jeon So Min. The chemistry in the latter one is sizzling, to say the least! 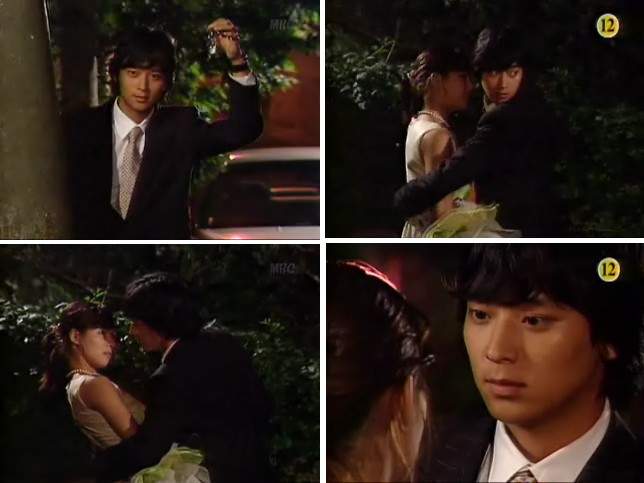 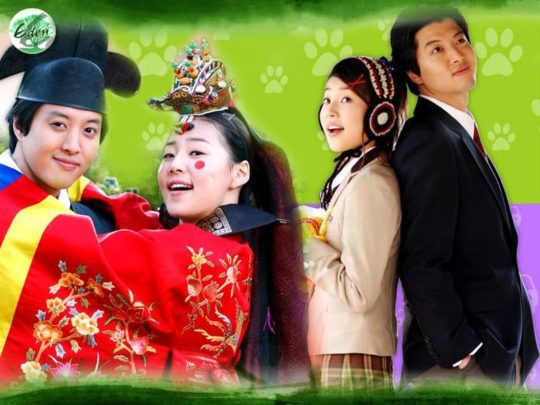 In “Sweet 18,” two clans arrange a marriage between their future offsprings in hopes for maintaining good relations. As these two offsprings carry the burden and reputation of their respective clans, they have no choice but to follow their elders’ wishes. The problem, however, is Yoon Jung Sook (Han Ji Hye) is an 18-year-old high school fresh graduate, and Kwon Hyuk Joon (Lee Dong Gun) is 10 years older and is focused on his career. Being at differing stages in life, they decide to have a contract marriage instead, where they promise to keep their lives as separate as possible. This, of course, doesn’t go according to plan, and they soon develop real feelings for each other.

The best part about this drama is watching the main couple trying to maneuver their relationship while tip-toeing around their feelings. It’s adorable and heart-fluttering, and the chemistry between the leads is so undeniable, that the two even ended up dating in real life for a few years. 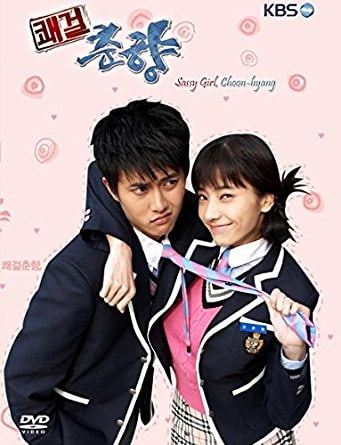 This is the debut drama written by the Hong sisters, and remains their most highly rated drama. A loose interpretation of Korean folklore, this drama focuses on the relationship between Chun Hyang (Han Chae Young) and Mong Ryong (Jae Hee). When word gets out that the two of them are found (literally) sleeping in the same room (by accident), the school threatens to expel them both. Trying to prevent this, the parents claim that the two are actually betrothed. After some pressuring, Chun Hyang and Mong Ryong agree to actually marry each other.

While the two constantly bicker, they also learn to lean on each other for support, as well as help each other become the better versions of themselves. This is a wonderful drama that does well in balancing its tone — not going overboard in either the sweetness or the slapstick. It also withstands the test of time, and it’s a drama I rewatch once every few years. 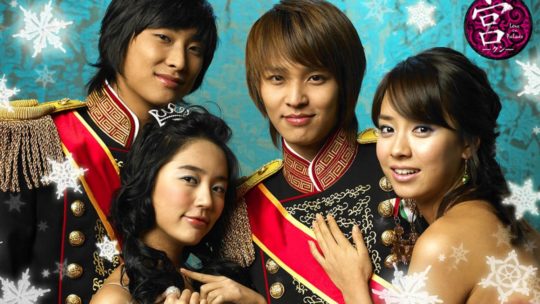 This is another drama that has grandparents arranging marriage between their future offspring, but the difference here is that the marriage is between a common high school girl and a Crown Prince. (The drama is set in a fictional timeline, where Korea still has a monarchy). There’s also a fish-out-of-water aspect to it, as Shin Chae Kyeong (Yoon Eun Hye) has to learn how to adapt to her new status, both as a princess and as a wife to Crown Prince Lee Shin (Joo Ji Hoon). This drama is styled beautifully, with intricate costumes and set designs, and has believable character growth for its central characters. And did I mention how much of a hit this drama was?

Catch the first episode of “Goong”: 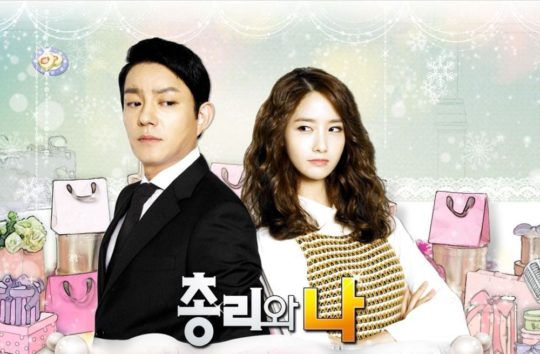 In “Prime Minister and I,” Nam Da Jung (Im Yoona) is an avid reporter who doggedly follows around Kwon Yul (Lee Beom Soo), Korea’s youngest Prime Minister, hoping to score the next big scoop. When they’re caught up in a scandal and it threatens Kwon Yul’s political career, they decide to enter into a contract marriage to avoid further damage. While this is a pretty standard drama with “marriage contracts,” complete with the hijinks of convincing everyone around them they are indeed an actual couple, it’s still a fun watch with just the right amount of bubbly rom-com!

Catch the first episode of “Prime Minister and I”: 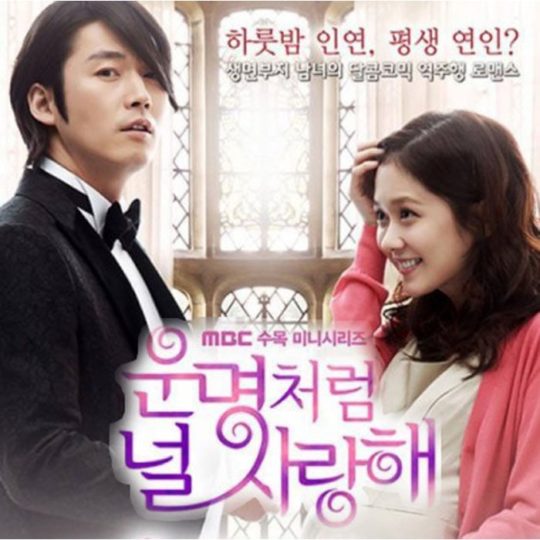 “Fated To Love You” is a remake of the popular Taiwanese drama of the same name (which I absolutely love), and reunites stars Jang Hyuk and Jang Nara after 12 years since their last drama. Jang Nara plays Kim Mi Young, a timid woman who is often unable to say “No,” and Jang Hyuk stars as Lee Gun, a self-absorbed heir. After an accidental one-night stand, Mi Young becomes pregnant with their child, and the elders arrange a shotgun wedding for them.

Even before we get to the part where they truly fall for each other, it’s easy to see that the two characters bring out the best in each other, and that makes the journey all the more worth it. This is a very satisfying drama, with a lot of laughs and even more heart, with effortless portrayals from both stars.

Catch the first episode of “Fated to Love You”: 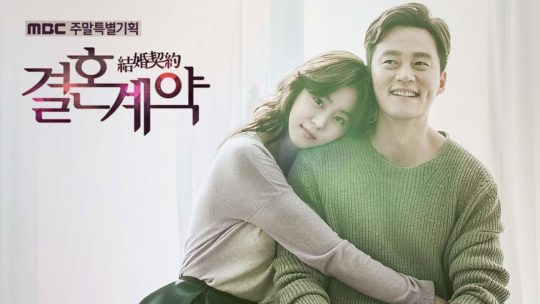 With its name literally being “Marriage Contract,” we couldn’t dream of leaving this drama off the list. Kang Hye Soo (Uee) and Han Ji Hoon (Lee Seo Jin) enter into a contract marriage to fulfill their respective needs. Ji Hoon’s mother is in urgent need of a liver transplant, and Hye Soo, a single mother with an inoperable brain tumor, hopes to save enough money for her young daughter.

The premise itself is more believable than most on this list, and in fact, the whole tone of the drama is bathed in genuineness and authenticity. It’s a quiet kind of show, and allows the viewers to appreciate the moments and interactions between the characters, which is in essence what the drama is wanting to portray. Lee Seo Jin and Uee deliver strong and understated performances, and Shin Lin Ah, who plays Hye Soo’s young daughter, is just too adorable!

If you ever ask for the most relatable drama in 2017, chances are, people will tell you that it’s “Because This Is My First Life.” After meeting for only a few days, Nam Se Hee (Lee Min Ki) and Yoon Ji Ho (Jung So Min), decide to get married for very practical reasons — needing a rent-paying tenant and to appease meddling family members. When a drama is able to make a trope as cliché as “contract marriage” relatable, you know you’ve got a winner on your hands. Not only do the leads have incredible chemistry, the rest of the ensemble is just as fantastic! All in all, it’s a must watch from 2017!

Catch the first episode of “Because This Is My First Life”:

Which of these dramas have you watched? And which other dramas with this “contract marriage” trope would you recommend? Pop over to the comments section and let us know!

Belinda_C always ends up rewatching the older dramas after compiling these lists. Also, Shinhwa is on “Idol Room” today! Best! Day! Ever!