K-Pop can be known for some of their wild concepts and hair is not an exception. Let’s see some of the craziest ones!

Starting off our list is our never aging Sandara Park. She debuted with 2NE1 back in 2009 and this was the hairstyle she appeared with. The high and mighty palm tree pony became her trademark look as she sported it on various variety shows as well as their live stages! Oddly enough, netizens didn’t have much to say because she managed to pull it off with her actress-like visuals!

Blunt cuts have been tried by girl group members many times but not like this. f(x)’s Krystal sported this very interesting cut for their 2010 “Nu ABO” comeback. She came onto stage with this very bold hairstyle and had everyone’s attention immediately. It is somehow both long and short with the two different lengths but that’s not all. The finishing touch were the bleached ends that made her hair stand out even more.

G-Dragon is known for being very fashion forward in all areas of his lifestyle and his hair is no exception. He has donned some of K-Pop’s wildest hairstyles but out of all of them, this one has to take the cake. Big Bang came back in 2012 with their hit song “Fantastic Baby” and this was the look G-Dragon showcased to his fans. Along with his swag came this silky look that had fans talking.

As K-Pop fans, we are used to seeing our favorite idols dye their hair different colors for all their different promotions. We’ve probably seen it all at this point. However, have we ever seen something like this? EXO’s Sehun was captured with this tie dye rainbow hairdo for their 2013 “Wolf” promotions. While it may not be the craziest style, it’s a much different approach to the overly done hair dye situation that idols always do. It is a fun way to make him stand out wherever he is.

Global phenomenon BTS aren’t really too known for their wild hairstyles as they keep it pretty minimal. However, member Suga made it onto this list with this interesting braided mullet style. With his cute features, it may not look horrible but the more you look at it, the weirder it gets. It had fans feeling all types of emotions. Is it real? Is it fake? Are the braids attached to the hat? No one will ever know but one thing is for sure, it probably shouldn’t be done again.

Narsha of Brown Eyed Girls is usually known for her powerful voice and funny variety show antics. However, she is being highlighted on this list with this strange blindfold bang situation. The bowl cut itself is never done well but the fact that they covered half of her face with this look is so bizarre! How can anyone be expected to focus on her singing abilities when this is what we see? Good thing her singing abilities are through the roof because this look was not it. 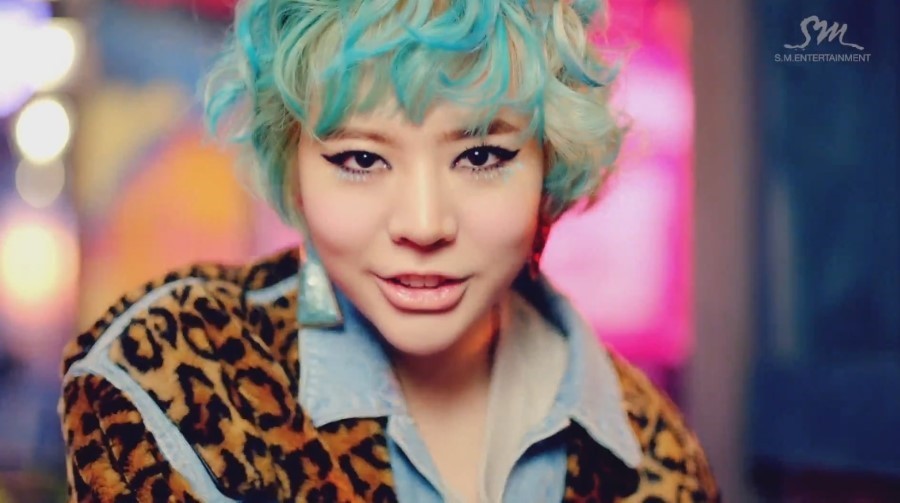 Sunny made headlines for her drastic hair change when Girls’ Generation came out with their song “I Got A Boy” back in 2013. Sunny hadn’t made any crazy changes to her style since debut and it seems she wanted to really surprise her fans. Used to her long, dark hair, fans were shocked when she sported this extremely short cut. But as if that weren’t enough, they decided to bring an extra element by adding not 1, not 2 but 4 different colors to the style. She was seen donning this hairstyle in pink, purple, yellow and blue during “I Got A Boy” promotions.

This one was a crowd favorite but for all the wrong reasons. Taeyang of Big Bang has sported some funky hairstyles in the past but this one got netizens ‘rolling’ with laughter! This hairstyle that Taeyang did for their 2012 song “Monster” became an instant meme with netizens comparing his hair to mocha rolls and sushi rolls. Even though it’s a ridiculous hairdo, fans didn’t seem to mind too much since he made up for it with his handsome looks and amazing voice.