Whenever NCT Dream has to choose a member that’s the least funny, there’s no competition for the title. All of them pick Jeno, even nicknaming him Jeno Jam for not being as humorous. Although he admits that his jokes often miss the mark, there are times when he hits the nail right on the head. Here are # moments where Jeno reached his peak inner comedian.

1. No arrows of love for Jeno.

In a live broadcast, Jeno came across a sweet comment left by a fan. They claimed they were aiming arrows full of love at them. To make sure he and Jisung received them, the fan asked them to stay still. What did Jeno do? The complete opposite. Swaying back and forth, he pretended to dodge them all, Jisung following his lead. 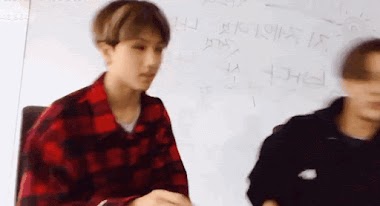 2. While everyone sleeps, fun Jeno comes out to play.

During the newest season of NCT LIFE, NCT Dream In Wonderland, Jeno made viewers chuckle at his unexpected humor. While Jisung, Jaemin, Chenle, and Renjun were sound asleep during their road trip, Jeno took a decorated neck pillow and put it on top of his head. He then exaggerated sang to NCT 127‘s ballad “No Longer”. 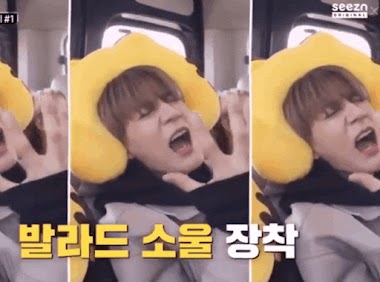 To make his silent karaoke funnier, Jeno bumped his head against the seat when they rode over a bump. It snapped him right out of the moment, causing himself to laugh.

WHO SAID HE IS JENOJAM

I WANNA ROLL ON THE FLOOR AND LAUGH BUT IM AT WORK ???? pic.twitter.com/qDYCz6lZ3T

3. Sneaking Out For Ice Cream

Every idol has funny memories from when they were trainees, especially when they break the company’s rules. When Jeno told the story of how he and Jaemin snuck out of SM Entertainment‘s headquarters for some ice cream, the rest of NCT Dream were laughing up a storm over his storytelling skills and Jaemin’s betrayal.

We met a staff [member] of our company. So, I threw away the ice cream I was eating. Right beside me, I threw it right beside me. Then, I pretended that I didn’t do it and looked around. But, there was no Jaemin around. He ran away. There was no friendship. 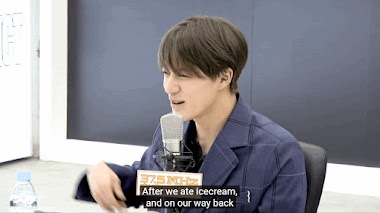 4. Thanks to Jeno, studying can be funny.

During exam season, Jeno found a cleverly hilarious way to help NCTzens study. With Jaemin by his side, he urged those who needed to study to follow his finger. He moved it across the screen until it reached the end. Jeno then explained he was leading them to the exit, plunging his finger off-screen. The joke had Jaemin cracking up. 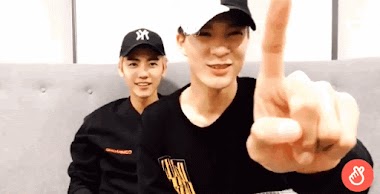 5. Old man Jeno will be as funny as you think.

During filming for The Dream Tour, NCT Dream turned into old men with the help of some clothing and amazing makeup. What was Jeno’s first instinct to do as an old man? After vigorously exercising, he hilariously flexed his muscles like he was in a bodybuilder competition. 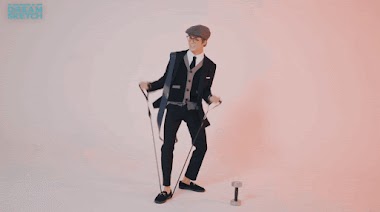 While Jisung listened to Jaemin’s explanation for what they were doing, Jeno had an idea of his own. Since it wouldn’t make sense to sprinkle something in Jaemin’s coffee like the iconic Salt Bae would, Jeno put his own twist on the meme. Positioning his hand like the meme, he instead stirred the coffee. 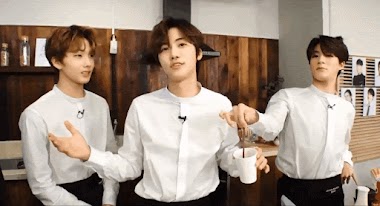 During the group’s appearance on Weekly Idol last year, they were tasked with a mini-race. There was one obstacle: they had to do complete it while in a hula hoop. At first, Jeno did it the most elegantly. Reaching the halfway point, the hula hoop began to slip. Jeno wasn’t having it. He quickly shook his hips to raise it from his thighs back up to his waist. 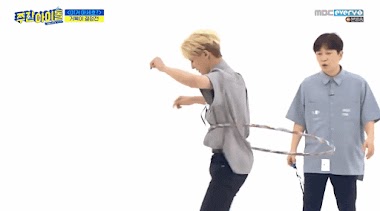 Realizing he couldn’t keep up the movement for too long and how unstable it was, he did something that had his fellow members and the hosts laughing. While quickly spinning the hull hoop, he took just as quick strides to the finish line. 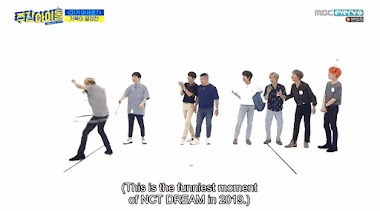 His surprising speed was so entertaining the show called it the funniest moment for NCT Dream that year.

8. Ten seconds? He only needs two.

In NCT Dream In Wonderland, the members gathered for a group photo. Of course, there had to be an obstacle to keep it from being too easy. Jeno had to set the timer for ten seconds and make his way back.

As soon as he started the timer, Jeno made a run for it. He hilariously tripped, making the rest of them laugh. Still, he kept going. Knowing he didn’t have time to reach them, he stopped close enough to his members and struck a pose for the camera—all in only two seconds. 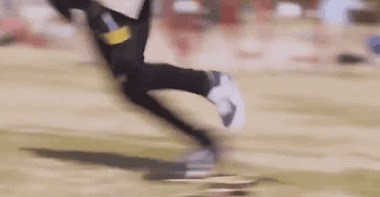 Whether Jeno does it on purpose or by accident, he’s definitely not Jeno Jam. He has all the jams.