It’s only been two years since NCT burst onto the K-pop scene, but this supergroup has already made huge waves in the musical world. NCT’s various subunits have not only seen immense success for their catchy music and lit choreographies, but also continuously impressed us with their experimental sounds and artistic creativity. In 2018, NCT further proved their ability to traverse an enormous range of musical styles and concepts with even bigger projects, breathtaking performances, and new and unique sounds. NCT was unquestionably one of the most groundbreaking K-pop acts in 2018, so let’s review eight ways the group pushed the boundaries of K-pop this past year!

NCT’s multiple subunits have always allowed the group to encompass a huge scope of concepts and sounds, but they further showed their versatility with the release of the “NCT 2018 Empathy” album in March 2018. The group’s first full-length album is incredibly dynamic, offering a variety of tracks that all hold their own as singles. The album showcases NCT’s impressive range of musical styles: from the ballad “Timeless” to the powerful “Black on Black” to the sexy “Boss,” NCT proved that they can pull off any type of music or concept imaginable.

“NCT 2018 Empathy” also allowed the group to show its breadth not only across subunits but also within each subunit: the traditionally cute NCT Dream wowed fans when they traded their innocent image for a sexier side with “Go,” and NCT 127 amazed us by switching up their previously badass concept with the fluffy, pastel “Touch.” There’s nothing these guys can’t do!

NCT’s versatility is nowhere more obvious than in their captivating choreographies. When every member of the group is an incredibly talented dancer, it’s no surprise that they slay every performance — but you’ll still be blown away as the members transition from one mesmerizing choreo to the next in this 100-second run-through of NCT’s best hits of 2018:

The members also all have immense stage presence that makes their performances absolutely magnetic, bringing the same powerful energy whether there are only two members performing…

From their earliest releases like “The 7th Sense” and “Cherry Bomb,” NCT has always pushed the boundaries of musical style in K-pop by experimenting with different genres and sounds. But this year they took their creativity to the next level: from the heavily explosive, animalistic roar of “Black on Black” to the unique blend of hip-hop, bass, and metallic beats in “We Go Up,” NCT has blessed our ears with even more new and distinctive sounds in 2018. Their innovative style is at its peak in NCT 127’s “Simon Says,” where quirky, bubbling bass and playful synth meet mesmerizingly catchy rap lines. It’s an unusual blend of musical elements that fit together in a surprisingly addictive way, putting NCT squarely at the forefront of new musical styles in K-pop.

“Simon Says” is unique not only musically but also conceptually: the lyrics and the MV work together to tell a story about breaking free of societal constraints. Rather than playing the game of Simon Says that society demands of us, NCT 127 asks listeners to break the rules and answer to our true selves, as the members symbolically throw off the masks that hide their real identities.

Matching “Simon Says” for its conceptual artistry is NCT U’s “Yestoday,” a pensive R&B/hip-hop number that features lyrics by Mark and Taeyong. Doyoung’s rich vocals connect rap verses from Mark, Taeyong, and Lucas as the three rappers reflect on their pasts and the relationship between their younger and present selves: “For the future, traded yesterday.”

The music video follows the members through dilapidated settings as animals, flashing images, and colorful animations play around them. The MV’s soft palette fades to gray for Doyoung’s wistful choruses, and its overall artistry makes it the perfect visual complement to the deeply personal song. Can you say “concept kings”?

The unique concepts are not limited to single songs, however, as NCT 127 showed thematic creativity in their “Regular-Irregular” album, working across multiple genres to explore the concepts of reality and fantasy. The album, which the group described as a “blockbuster movie,” is split into two halves, each featuring its own version of the title track “Regular.” The first half is familiar K-pop, while the second part is more experimental and edgy. Even the two versions of “Regular” have different meanings: the Korean lyrics deal with chasing ambitions and the lifestyle that results from fame, while the English version covers the flashy, monetary aspect of celebrity as the guys sing, “I just made a million but I’m still not satisfied” (or the alternative favorite line “I be walkin’ with the cheese, that’s that queso”).

The two halves of the album are divided by “Interlude: Regular to Irregular,” which includes narrations in Korean, Japanese, and Mandarin of members contemplating the beginnings of their careers, as well as an English verse from Edgar Allan Poe’s poem “A Dream Within a Dream.” The track eventually dissolves into musical discord as it transitions into the “Irregular” half of the album, connecting the two sides for a masterfully cohesive musical adventure.

With intricate concepts and music videos, it’s no surprise that NCT is also at the forefront of fashion in the K-pop world. The enchanting masks and deconstructed suits in “Simon Says” are just one example of the group’s edgy style: 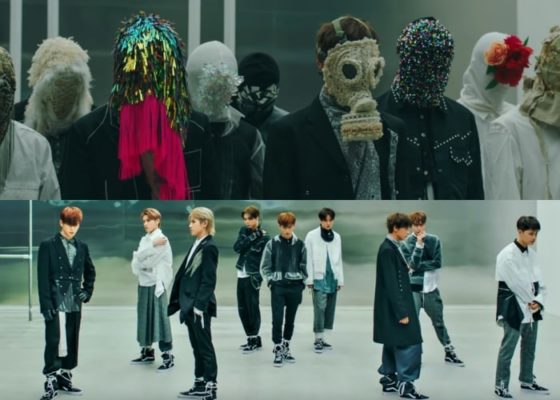 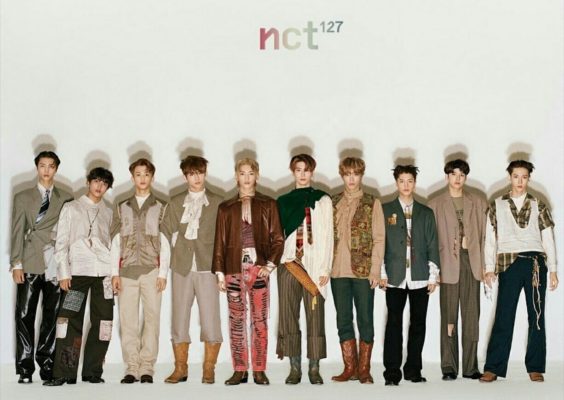 And from Taeyong and Ten’s unique looks in “Baby Don’t Stop” to NCT Dream’s casually cool streetwear for “Go,” each NCT unit has graced us with new approaches to style in 2018. 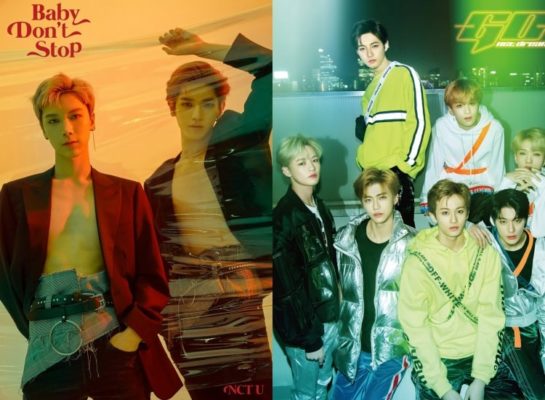 Exciting teasers are the best complement to great concepts, and NCT has proven to be kings of this content: whether teasing NCT 127’s album with “Irregular Office,” gifting fans a 2018 Yearbook, or previewing NCT Dream’s single with the “We’re So Young,” “We’re So Freaky” set, the group has mastered the act of getting fans hyped for new releases.

Perhaps the most intricate of NCT’s 2018 content is the “NCTmentary” series, a set of five trippy, documentary-style episodes that discuss the group’s concept and the nature of dreams themselves. Cue the fan theories!

With members from Canada, China, Japan, and the United States as well as Korea, it’s no surprise that NCT is becoming a worldwide phenomenon. In 2018 the group solidified their popularity in countries around the world: NCT 127’s U.S. promotions included walking the red carpet at the AMAs, performing on Jimmy Kimmel Live, and being featured as Apple Music’s “Up Next” artist. Outside the U.S., the unit also released its first Japanese EP along with the hit single “Chain.”

And it looks like NCT will only continue to expand in 2019, with the upcoming debut of the highly-anticipated China-based subunit WayV!

2018 was an incredible year for NCT, and we can’t wait to see how they continue to push the boundaries of K-pop, both in and outside of Korea, in 2019!

Hey Soompiers, what were your favorite NCT songs, concepts, or moments in 2018? Are you excited to see what else they bring in 2019? Let us know in the comments!