Though we’re still getting our fix of devious schemes and deliciously dramatic plot twists, “The Last Empress” is also really starting to turn up the heat in the romance department. This week saw not only plenty of sweet moments for our OTP, but also both intense and funny scenes of the burgeoning love triangle… and even some new reveals about secondary characters’ love lives. Let’s recap these romantic developments with eight scenes from this week’s episodes!

Warning: spoilers for Episodes 29-32 below.

Woo Bin (Choi Jin Hyuk) and Sunny (Jang Nara) continue to grow closer, and Sunny is part of a deeply personal moment for Woo Bin as he mourns the death of his mother. In a gesture of kindness, the Empress lays her scarf on top of Woo Bin’s mother’s grave, saying that it will keep her warm. 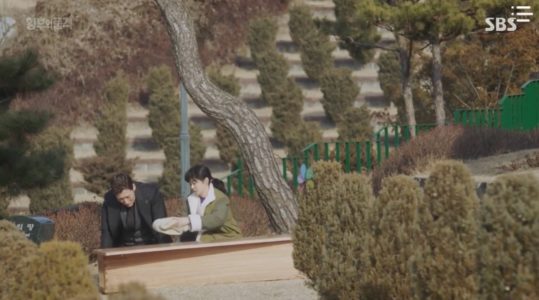 Woo Bin later shows his appreciation for the act when he gives Sunny a new scarf… and we can practically see the stars in their eyes afterwards. How cute are these two? 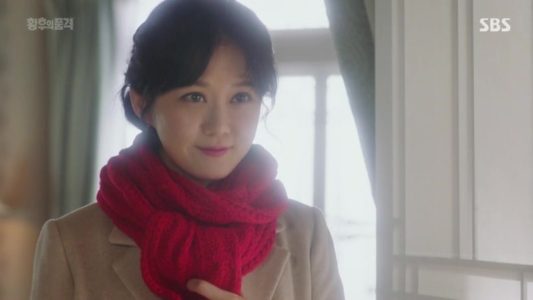 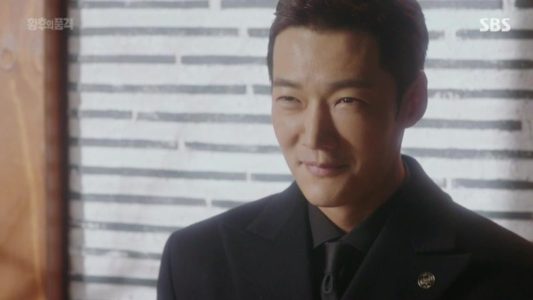 Hello’s (Stephanie Lee) dad discovers her relationship with Yoon (Oh Seung Yoon) when he catches them playing footsie under the breakfast table. And while we thought Mr. Oh might have a thing or two to say about his daughter dating their houseguest/employee, we didn’t think it was going to be this: 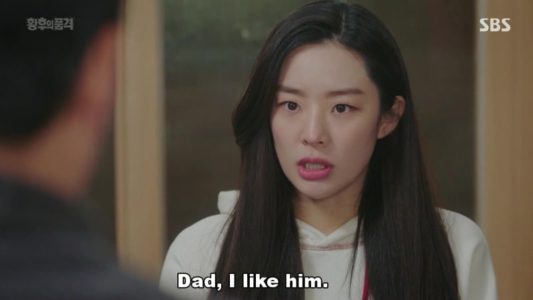 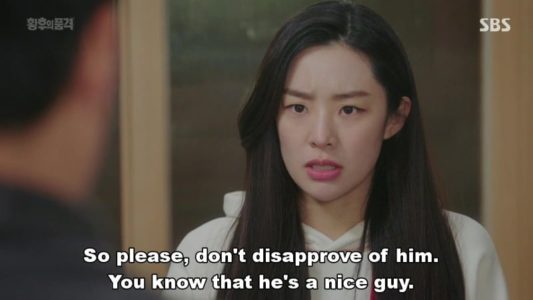 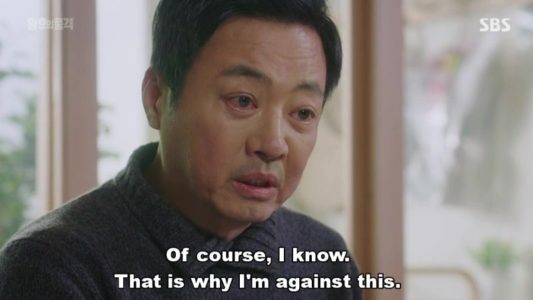 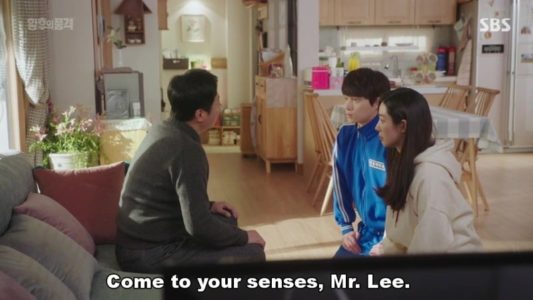 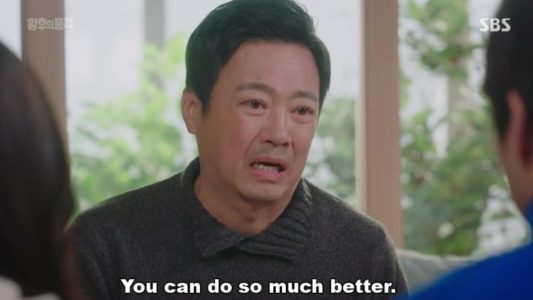 Somehow, we don’t think this is going to stop the happy couple, but we’re still dying of laughter at Mr. Oh’s reaction.

One of the most unexpected developments from this week was the revelation that Kang Joo Seung, the former empress So Hyun’s bodyguard, was Yoo Ra’s (Lee Elijah) former sweetheart… and also the father of her son Dong Sik, if this flashback of the two of them shopping for baby toys is any indication: 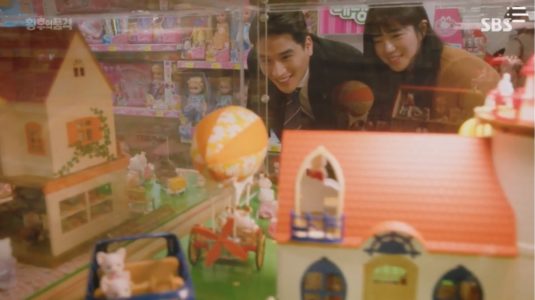 Joo Seung is imprisoned in the same creepy hospital as Yoo Ra, and while his stay there has clearly taken a toll on his mental health, it looks like he hasn’t forgotten about her: 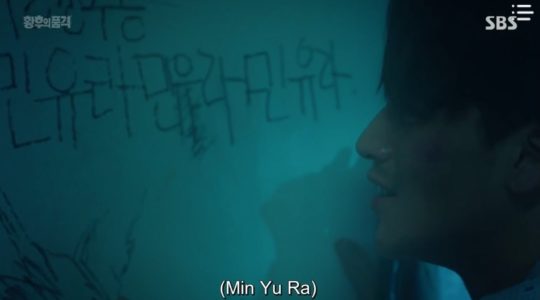 This also makes us question Yoo Ra’s intentions on becoming Hyuk’s woman in the first place: does she suspect that the royal family had something to do with Joo Seung’s disappearance? Had she been trying to seduce Hyuk to get revenge on him for her lover?

When Sunny is injured after another one of the Empress Dowager’s failed plots to get rid of her, Woo Bin can think of nothing else but getting her to safety… so much so that he speaks rudely to Hyuk (Shin Sung Rok), leaving the Emperor stunned at his loyal bodyguard’s snappy treatment. It’s a moment that makes us — and maybe even Hyuk — realize just how deeply Woo Bin cares about Sunny. 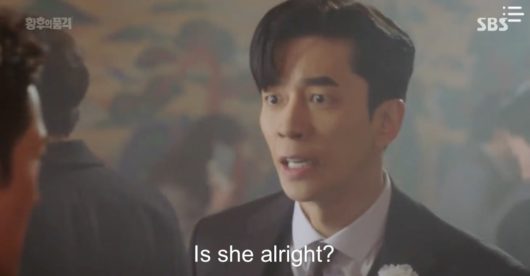 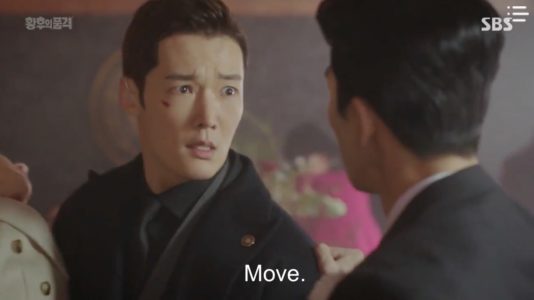 This moment when Sunny is vulnerable with Woo Bin by admitting that she is afraid was sweet enough, but Sunny calling Woo Bin “Wang Shik,” using his real name instead of his fake identity, adds a whole new level of intimacy to their relationship. 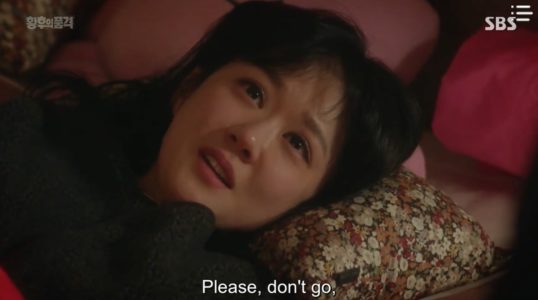 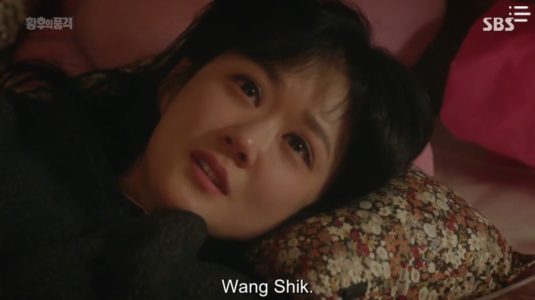 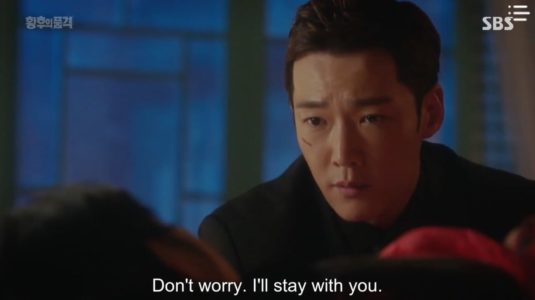 For his part, Hyuk continues to admire the Empress from afar, and we have to hand it to him, his efforts to make her happy are pretty cute. Knowing that Sunny won’t accept anything he tries to offer her, Hyuk sneakily gives Sunny gifts by roughing up new things to disguise them as “trash”…

and putting them in a throw-away closet that the Empress apparently frequents:

Hyuk is crushed to find out that the blood transfusion that saved his life years ago had been meant for Sunny’s mother, and that his survival came at the cost of her life. The Emperor even feels uncharacteristically remorseful for it and decides to apologize to Sunny, who is devastated by this new development. And to be fair, this one really isn’t Hyuk’s fault; after all, his mother was the one who orchestrated it. It’s also a huge step for the narcissistic Emperor to even want to apologize in the first place. 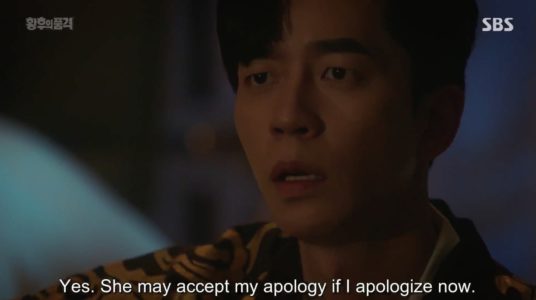 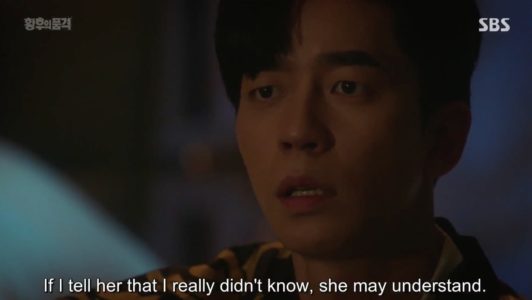 But as soon as Sunny, understandably, tells Hyuk she doesn’t want to see him, the Emperor’s good intentions take a wrong turn — because trying to force her to spend the night with him doesn’t exactly count as an apology. 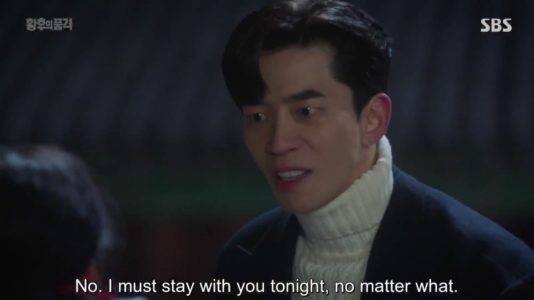 Thankfully, Woo Bin is there to put a stop to Hyuk’s aggression… 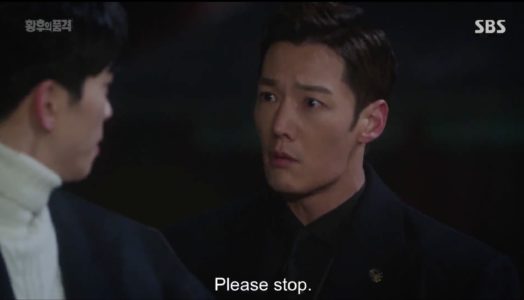 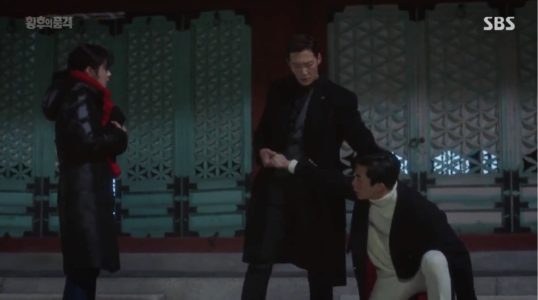 With this surprising (to Hyuk, at least) confession! 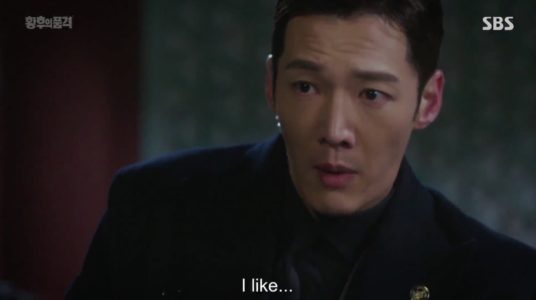 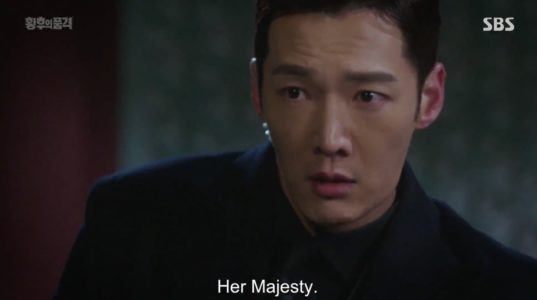 How will Hyuk react to Woo Bin’s confession? How will Sunny take it? We can’t wait to find out!

Hey Soompiers, what were your favorite romantic developments this week? Which ships are you rooting for? Let us know in the comments!

Catch this week’s episodes of “The Last Empress”: