There’s a first time for everything, and actress Kim Young Ok has proven that with her latest new accomplishment!

On the April 15 broadcast of the JTBC show “Nation of Hip-Hop,” the variety show in which eight producers will form teams with grandma rappers to compete through rap battles, actress Kim Young Ok who is 80 years old teamed up with MONSTA X member Jooheon to perform “A Girl’s Life” in the first round. Moreover, she even tried her hand at DJing as a part of her performance! 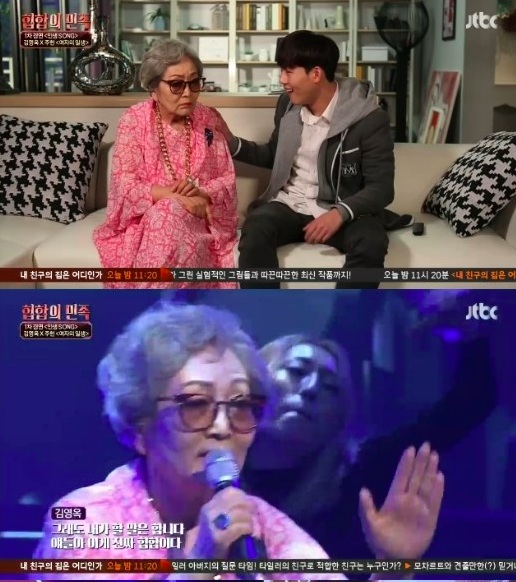 Kim Young Ok is the oldest amongst the grandma rappers. Her fun and lighthearted performance with Jooheon garners her 159 votes out of 200 in this round.

Check out the rehearsal for her adorable performance below!