I have to be honest, I love me some K-dramas, but my first love is really C-dramas.* As a child, I watched classics like Princess Pearl (Huan Zhu Ge Ge), Meteor Garden, and . In high school, my friends introduced me to K-dramas through Stairway to Heaven, and it only snowballed from there. I am now an indiscriminate consumer of both K-dramas and C-dramas, and woe to those who try to interrupt me during a binge session (which does not end until the drama ends, whether it’s 20 episodes or 40)!

Everyone has their biases about the tropes that work for them, and below I share some categories that appeal to me, as well as the dramas I’ve either watched or have been meaning to watch. Love it? Hate it? Let me know!

*Disclaimer: When I say Chinese, I really mean Mainland China, Hong Kong, and Taiwanese dramas. I recognize that they are all separate places, with their own types of dramas, and that they are not the same!

Oh, high school. That time in our lives where every single little thing could either make us feel like we won the lottery or cause us to sink into the depths of misery (I’m looking at you, boy I confessed to).

“Reply 1997” evokes that high school nostalgia and helps us relive every beautifully agonizing minute of it (regardless of whether or not we were actually in high school in 1997)! In my quest to prolong those years, I’ve also picked up C-drama “Back in Time.” Set in the nineties, it’s about a tight-knit circle of five high school friends who choose different paths in life after graduation and leave behind their carefree past. The feels are just as strong in this one! 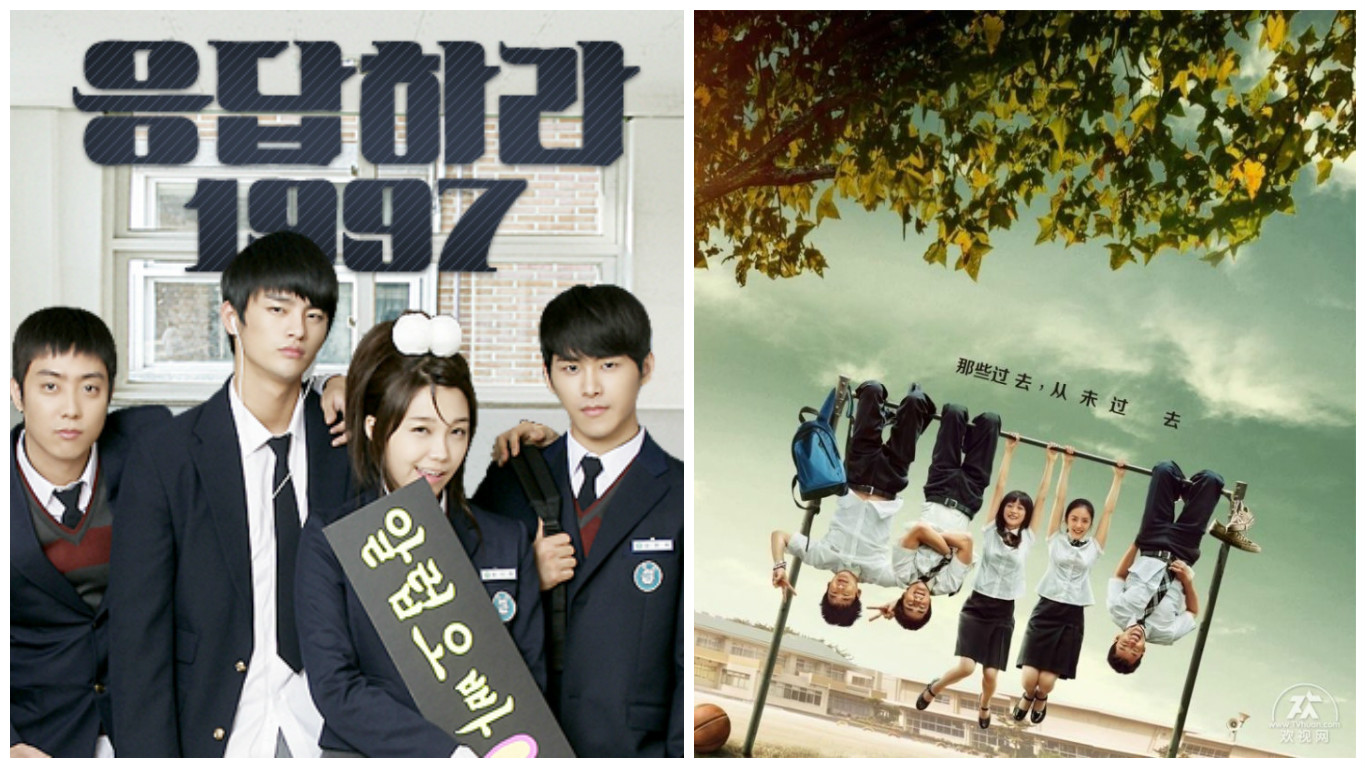 The gender-bending plot is a well-beloved storyline, but let’s be real, it’s always incredibly obvious that the boy is a girl, and I always wonder how long the show can keep it going before the big reveal.

The classic “Coffee Prince” is the first drama I watched where I genuinely understood how people could mistake Go Eun-chan () for a guy. I’m always on the lookout for something that could live up to “Coffee Prince” , so when I came across an engaging cross-dressing drama teaser, I just had to know what it was. It was “Bromance“! This currently airing Taiwanese drama is about a girl named Pi Ya Nuo (Megan Lai) who, because of a fortune teller’s prediction, had to live her first 25 years as a boy… or be doomed to die. As her 26th birthday nears, “he” accidentally becomes entangled in a tricky love triangle. What will she do?? I’m hooked and can’t wait to find out! Any other viewers out there? 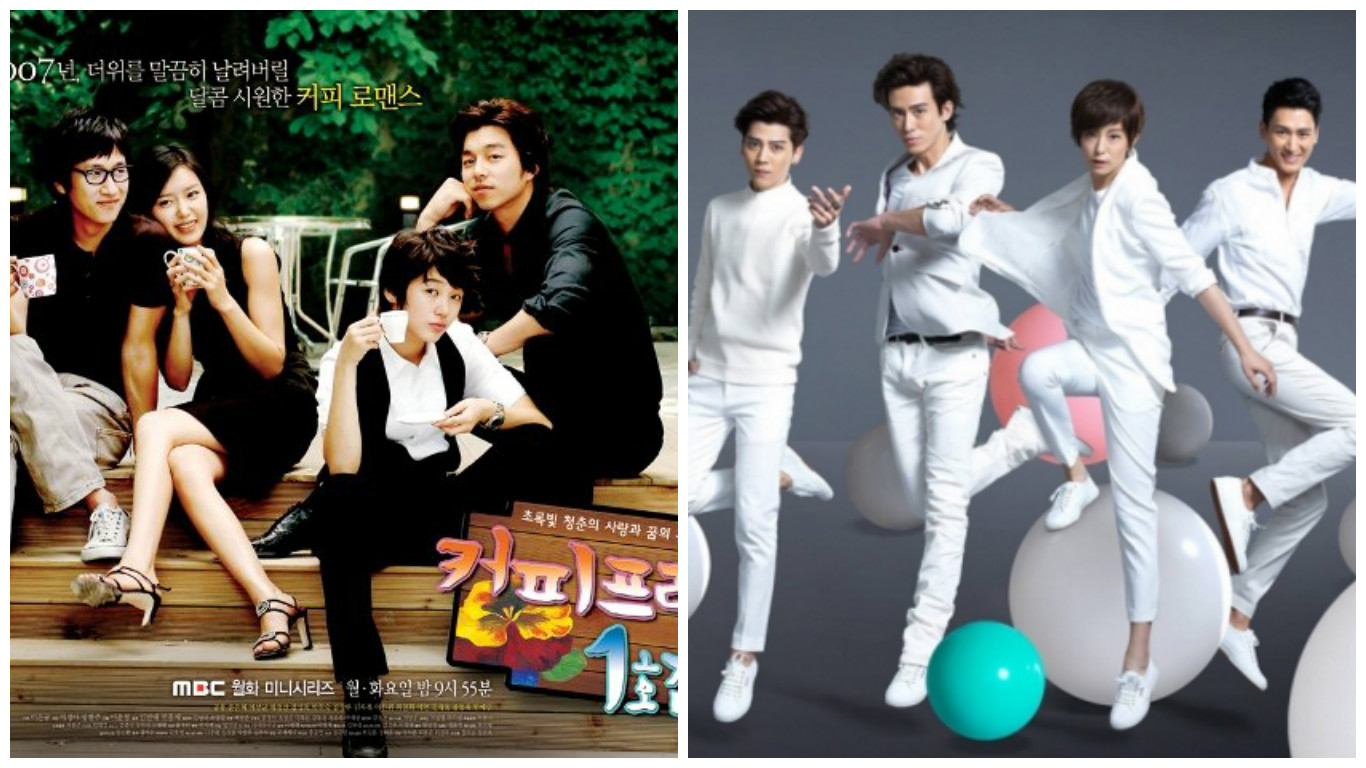 Who hasn’t had a bit of a crush on a friend before? We’ve all had those “what if…” thoughts, but something usually holds us back, be it a relationship, timing, or even just plain fear.

In “9 Ends 2 Outs,” childhood friends Hong Nan Hee () and Byun Hyung Tae () end up living together and realizing just how deep their friendship goes. The Taiwanese drama “In Time With You,” is about best friends Cheng You Qing (Ariel Lin) and Li Da Ren (Bolin Chen) who make a bet: Who can get married first, before they turn 35? They race to beat each other, but is it really a competition? It was also recently remade as a K-drama The Time I’ve Loved You, starring Ha Ji Won and Lee Jin Wook! What are your favorite friends turned lovers dramas? 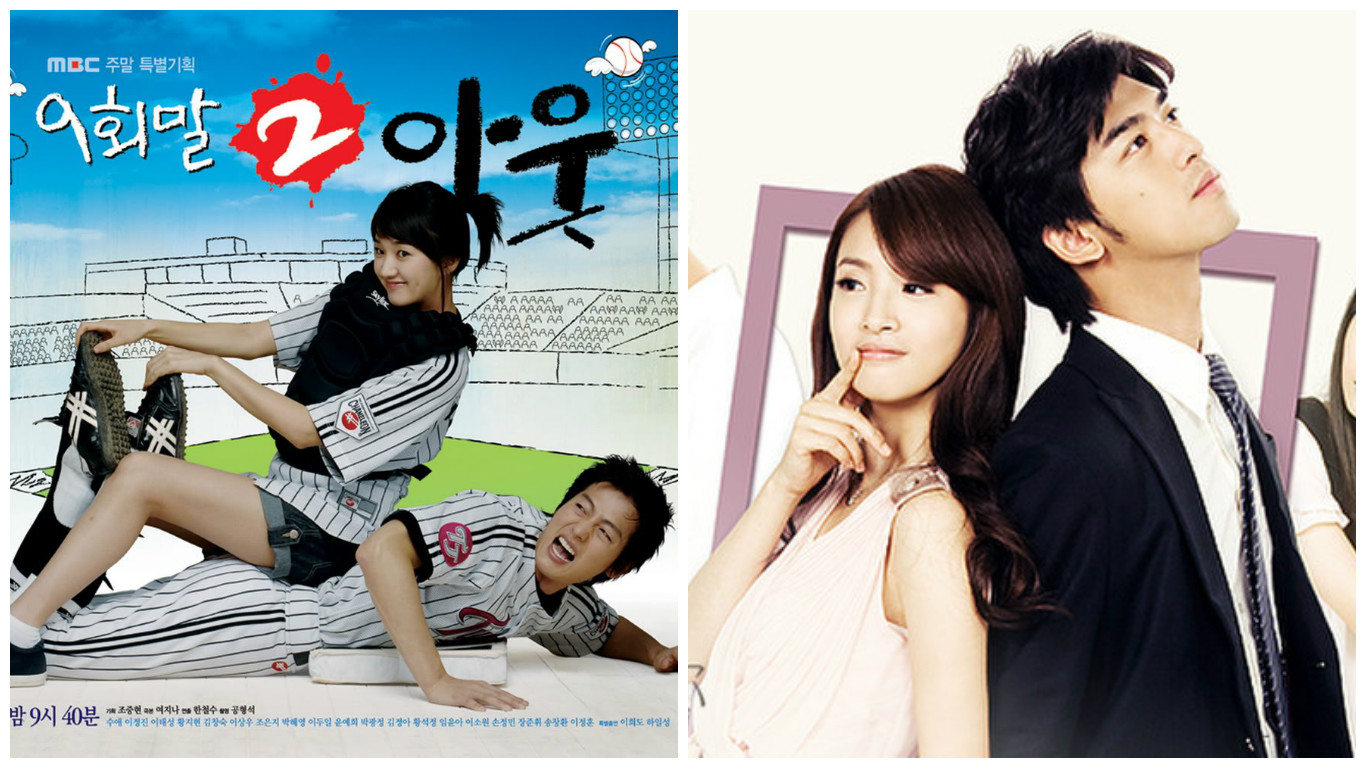 I adore a good love-hate drama! The chemistry is always obvious to everyone else but the couple, and it keeps me on the edge of my seat until they finally get together. As they say, there’s a thin line between love and hate!

“Heirs” reminds me of the iconic “Boys Over Flowers,” with the poor girl trying to make it in the world of the rich. Another take on the love-hate trope is the Taiwanese drama “It Started With A Kiss.” Yuan Xiang Qin (Ariel Lin) is a high-schooler who confesses to Jiang Zhi Shu (Joe Cheng), only to get shut down publicly. To make matters worse, her house then collapses from an earthquake, and she and her father move into a family friend’s house. Jiang Zhi Shu’s house… Could you confess to someone and then live with them after they rejected you? 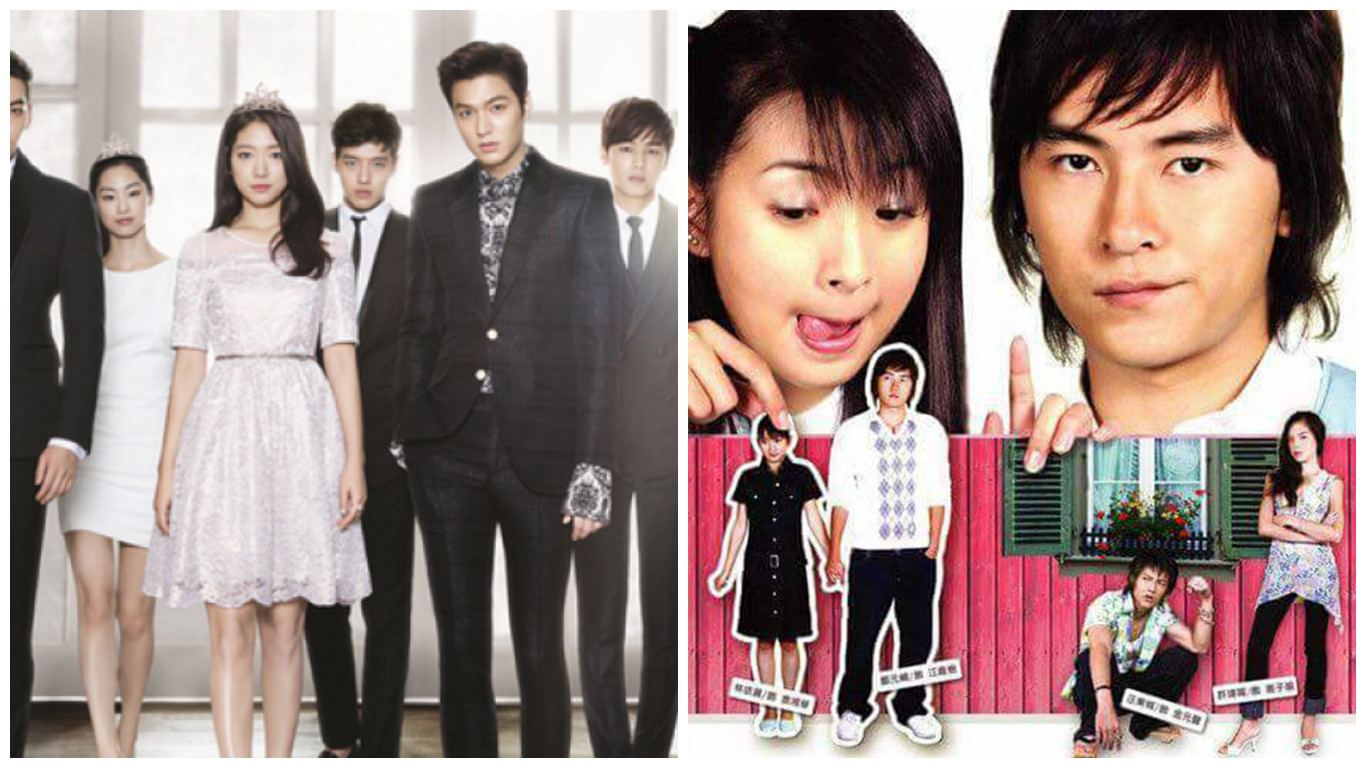 My guilty pleasure is fantasy… vampires, werewolves, ghosts, magic, essentially anything supernatural! I love “Scholar Who Walks The Night,” a K-drama about scholar turned vampire Kim Sung Yeol (Lee Joon Gi) trying to bring down evil vampire mastermind behind the throne (yeaaaa) Gwi (Lee Soo Hyuk). I watched this purely for Lee Joon Gi, who slayed in Arang and the Magistrate. Fantasy dramas with martial arts, like “Chinese Paladin 3,” are also my jam! In it, happy-go-lucky pawnshop assistant Jing Tian (Hu Ge) comes across a piece of mysterious jade that starts him on a path to love, adventure, and mystery. Soo, do you need to watch Chinese Paladin 1 or 2 beforehand? The short answer is no. The long answer is: 1) the first one also stars Hu Ge, but as a different character [I personally prefer 3 over 1]; 2) they never made a Chinese Paladin 2. What’s your opinion on Chinese Paladin 1 versus Chinese Paladin 3? 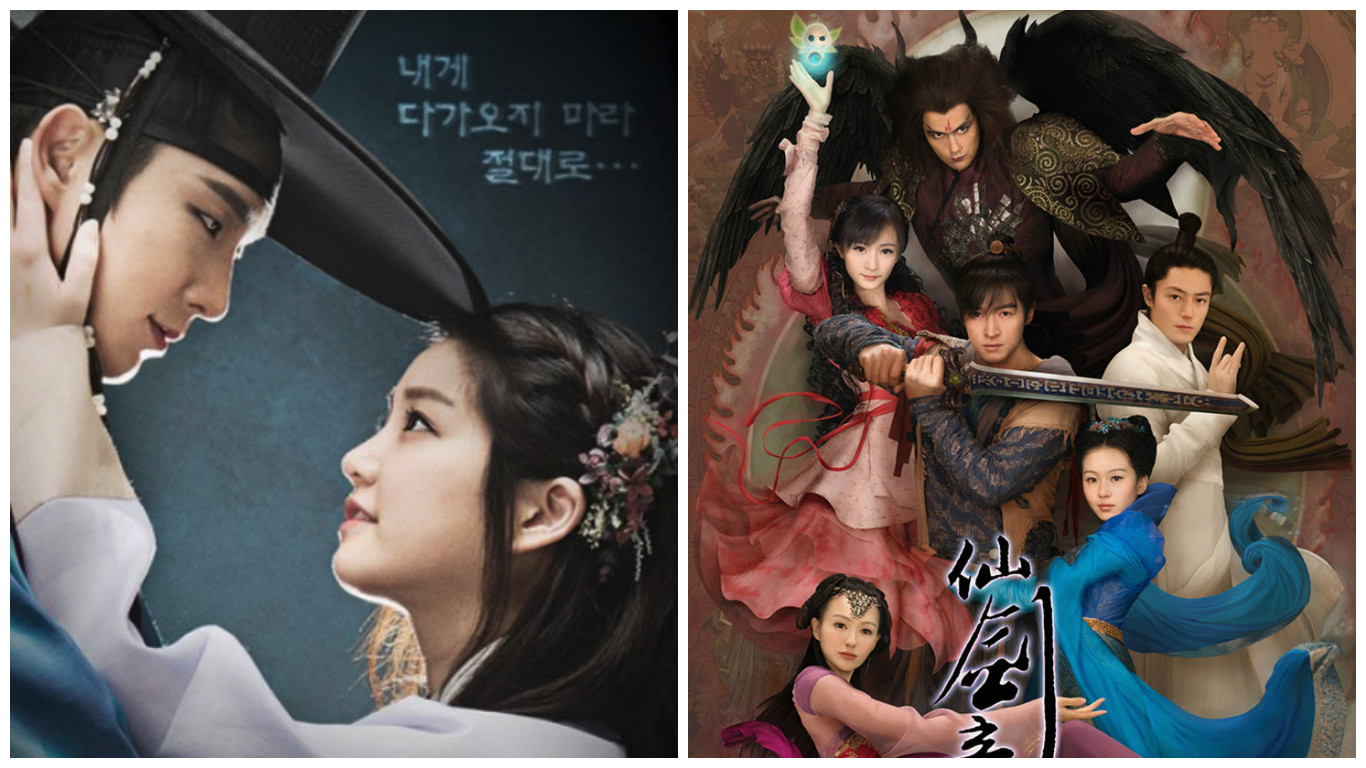 While many palace dramas these days tend to focus on harem politics, there are also some dramas about famous female rulers (rare in ancient Asia since the patriarchy game was so strong). On the Korean side of things, “The Great Queen Seon Deok” is amazing. Based on the life of the first female ruler of Silla, one of the three ancient kingdoms of Korea, it has some pretty heart wrenching stuff, especially the tragic love triangle (don’t worry, no spoilers here).

There’s also gorgeous historical C-drama “The Empress of China.” I started watching it not because it focused on the most famous empress in China, Wu Mei Niang (Fan Bingbing), but because of a more scandalous reason. Apparently, the copious amount of cleavage in the drama were too much for the censors, and as a result, they started showing the actresses from the neck up only! For some laughs, check out before and after pictures and admire the tremendous effort the Chinese government put into making sure no hint of cleavage remained. 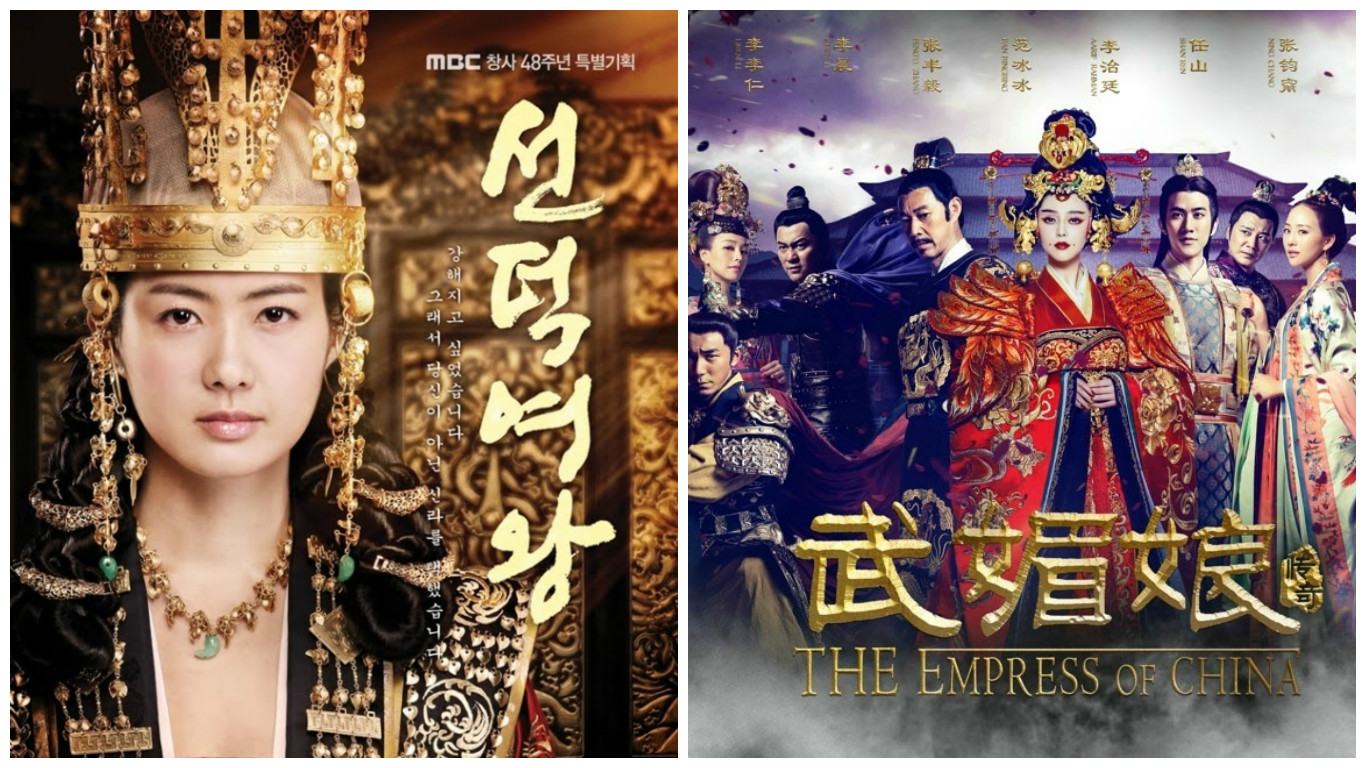 If you end up in the past, would you dare to use your knowledge of the future and new technologies to change or improve wherever you were? In K-drama “Dr. Jin,” for Dr. Jin Hyuk (), who somehow travels back in time to the Joseon era, it is actually a matter of life or death. In C-drama “Scarlet Heart (Bu Bu Jing Xin),” modern woman Zhang Xiao (Liu Shi Shi), who accidentally travels back in time to the Qing Dynasty and into the body of Ma’ertai Ruoxi, the second daughter of a Manchu general, actually has the power to change the dynastic succession and Chinese history. All I can say is, watch it! The success of this drama actually spawned a succession of Qing dynasty time travel dramas. BUT! Do NOT watch the sequel!!!! I repeat, do not watch the sequel. The Chinese government decided to ban “time travel” plots and so after filming the sequel, which was set in modern times, they completely reshuffled the drama and cut out any portion to do with time travel (so… a good chunk of it). 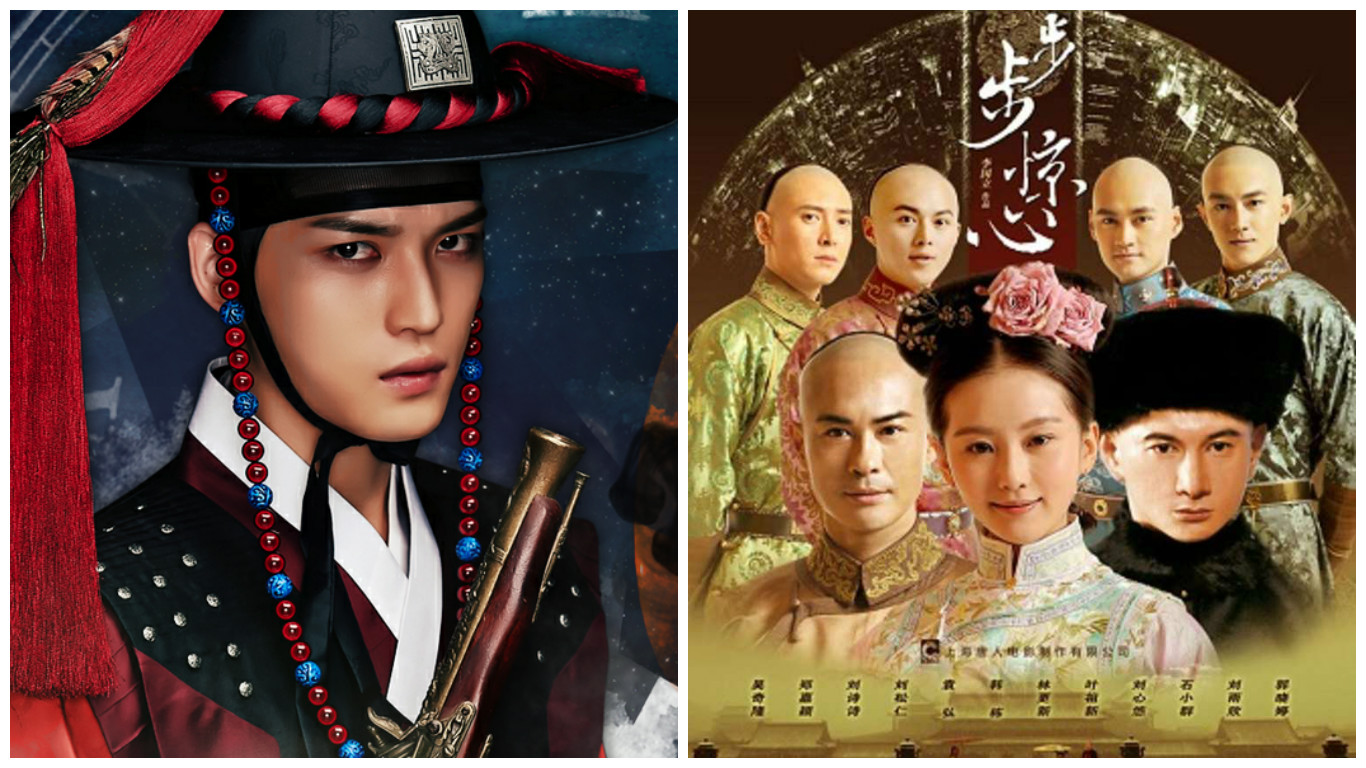 Oh, office flirtations. We’ve all had that one handsome or cute coworker or boss, but nine times out of ten, no real moves are made. In drama-land though, work isn’t complete unless there is a secret relationship, either between coworker-coworker or boss-employee romances, both of which have their own particular difficulties and comedic moments.

In K-drama “She Was Pretty,” Kim Hye Jin (Hwang Jung Eum) ends up working at the same magazine as childhood sweetheart Ji Sung Joon (Park Seo Joon). The problem? She’s too embarrassed to let him know who she is because she is no longer the rich pretty girl from when they were young, due to both family difficulties and a skin condition. Conversely, formerly chubby and bullied Ji Sung Joon is now both handsome and successful. Complicating it all is the fact that when Ji Sung Joon tried to find her, she convinced beautiful friend Min Ha Ri (Go Jun Hee) pretend to be her…

On the boss-employee end of the spectrum is Taiwanese drama “Just You“! Germaphobe Qi Yi (Aaron Yan) moves back to Taiwan from New York, and becomes the proud new owner of GAZE marketing design company and a new house. Unfortunately, his house already has a tenant – Chen Liang Liang (Puff Guo) – and she refuses to move. He goes to work only to find out she is also employed at GAZE. He puts out an order that workplace romances are not allowed, and comedy ensues. 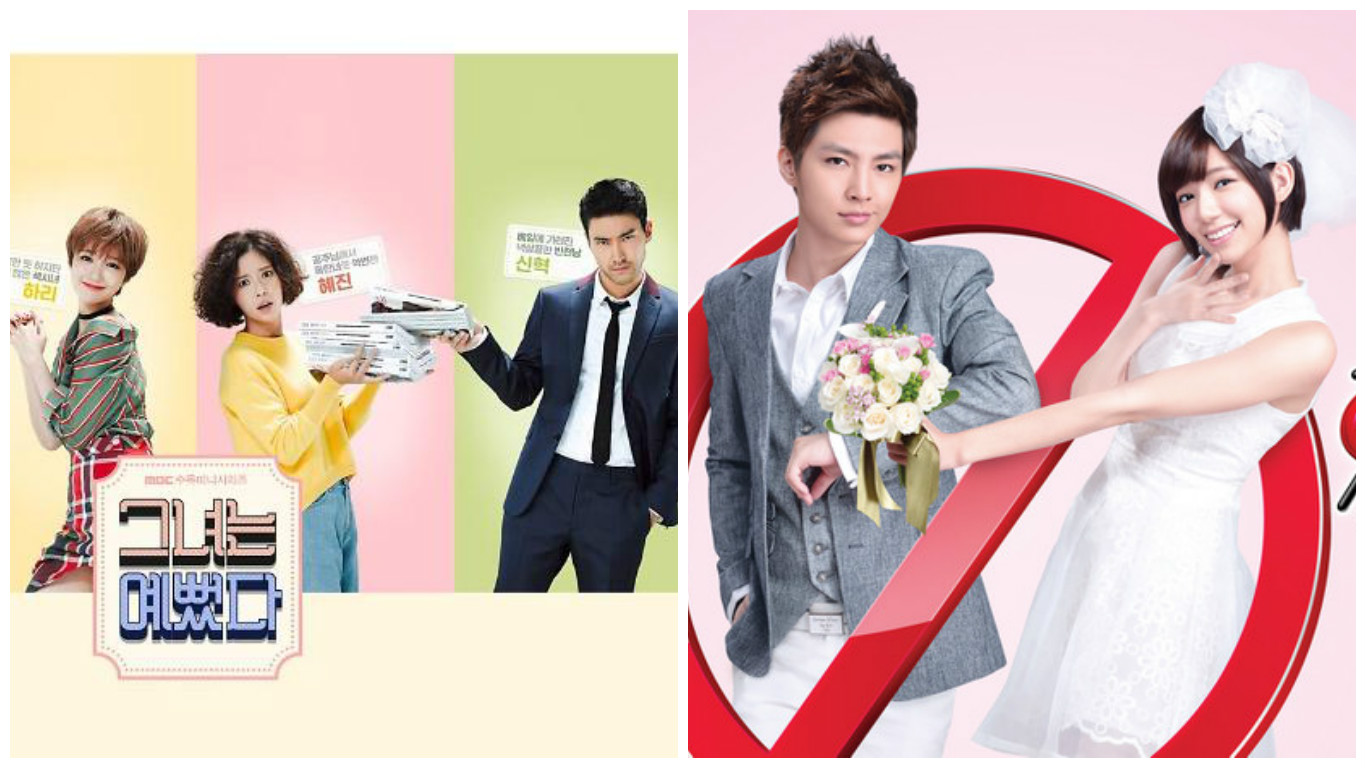 We’ve all done something we regret the next morning, or have that outrageous friend who always calls Sunday morning going, “You will not believe what happened last night!” I love watching these dramas because it’s all about frantically, and usually hilariously, trying to fix that mistake.

In K-drama “Fated to Love You,” the premise is a drunk one-night stand between chaebol heir Lee Gun (Jang Hyuk) and law firm secretary Kim Mi Young (Jang Nara) that results in a pregnancy. Another twist on that is Taiwanese drama “Love You (Drunken to Love You)“! Jie Xiu (Joseph Chang) and Lin Xiao Ru (Rainie Yang) both propose to their significant other… only to get jilted. They proceed to get wildly drunk together, only to wake up married (uh oh)! Which situation would you rather find yourself in? 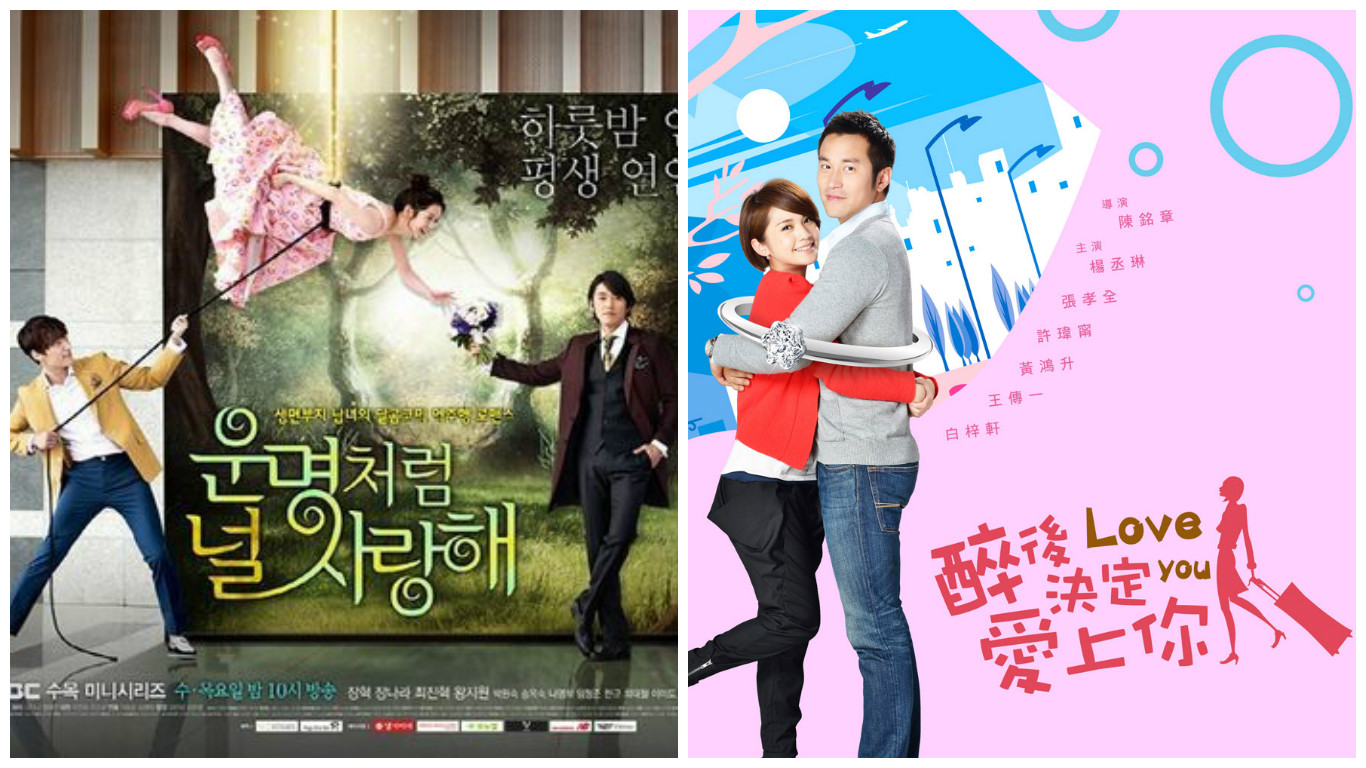 These are just some dramas that have hooked me. What do you like? Let us know below!