If there’s one thing everyone remembers from ITZY’s “Wannabe”, it’s Ryujin’s iconic shoulder dance. Even idols are obsessed—here are 9 who tried out the tricky move for themselves. 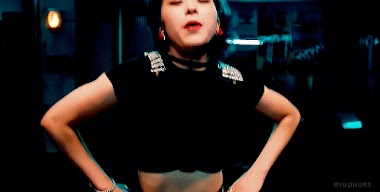 When TWICE’s Nayeon had to make a phone call, Sana and Momo thought it would be the perfect time to start dancing to “Wannabe”. Unsurprisingly, Ryujin’s sunbaenims aced her shoulder move.

Sana and Momo dancing to ITZY 'Wannabe' behind while Nayeon called to reserve a room for their dinner ㅋㅋㅋ pic.twitter.com/u7JFeriKcs

Those three certainly aren’t the only TWICE members who are fans of their juniors. Mina pulled off the move in her own live broadcast too.

When he introduced ITZY’s performance on SBS’s Inkigayo, NCT’s Jaehyun couldn’t resist trying a little bit of the choreo.

(G)I-DLE’s Shuhua’s attempt at Ryujin’s killing part became hilariously adorable as she started adding in her own moves.

He got to grips with the move while practicing for his “Wannabe” dance cover, which now has over 1 million views on YouTube.

When ITZY appeared on Apink Eunji’s radio show, she did her best to show off that she knows Ryujin’s iconic move.

WINNER’s Seunghoon treated fans to a taste of the “Wannabe” shoulder dance in a live broadcast.

In a broadcast for fans, IMFACT’s Jeup gave a powerful attempt at getting Ryujin’s part down right.

IN2IT’s Inho is known in his fandom as a big ITZY fanboy. He’s shown his love for “Dalla Dalla” and “Icy” in the past; this time, he tried out Ryujin’s part in “Wannabe”.

Inho certified itzy fanboy back at it again. He obviously had to do Ryujin's shoulder move pic.twitter.com/rvS2N7emfU